Contents hide
1 What Does it Mean When a Cat is in Heat? And How to Alleviate It?
2 Signs and Symptoms of a Cat in Heat
3 Explanation of the Cat’s Heat Cycle
3.1 Proestrus
4 Hormones (heat)
5 The Length of a Cat’s Heat Cycle

Few sounds are as unsettling as the howling of a cat in heat. If you’ve ever been woken up by howling in love outside your window, you know how uncomfortable it can be. Maybe you’ll plug in earplugs or bury your head in the pillow and pray that the neighborhood cats will find another place for their boisterous trysts.

However, if the cat is your roommate, you can’t just cross your fingers and hope she moves on. Luckily, there are some simple steps you can take to reduce the stress (and noise) associated with your cat’s mating season. 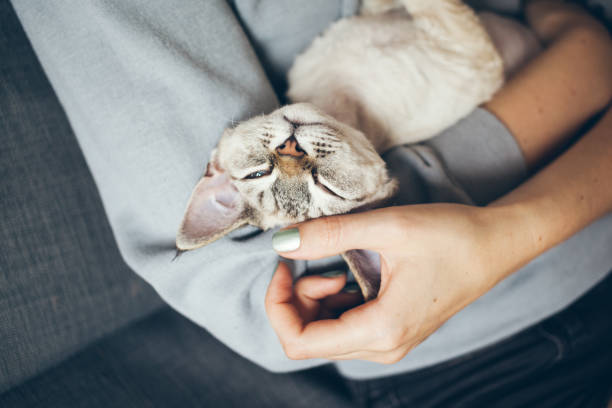 What Does it Mean When a Cat is in Heat? And How to Alleviate It?

You may have heard the expression “cat in heat” before. When a cat is ready to mate and fertile, it is said to be in heat. This normal cycle begins in cats between 5 and 10 months of age.

My first indication that my kittens were in the heat was that they appeared to be mating with each other – even though they were siblings.

Yes, this can and does happen, especially in cats who don’t come into contact with many other cats in the wild. When cats are in heat, their strong, natural desire to mate drives them to mate with any cat of the opposite sex in the vicinity – the cat in heat is not bound by any man-imposed norms of how it should behave!

Signs and Symptoms of a Cat in Heat

Note that your cat may exhibit the following signs and symptoms when in heat. Your cat might:

If your intact cat meows, moans, or whines, walks erratically, rub against you or the furniture in your home, or is particularly concerned about her privates, you are most likely dealing with a cat on heat. Now let’s look at the cat’s period and the cat’s heat cycle.

Explanation of the Cat’s Heat Cycle

Unless they have been spayed or are pregnant, all-female cats go through the normal heat cycle. This cycle is also known as the oestrus cycle. During this period, a cat is able to reproduce – to mate and give birth to kittens. The phases of a cat’s heat cycle are described below:

At this stage, the female cat (called the queen) may be able to breed tomcats (that are not neutered). However, she is not suitable for mating at this time. During this 1-2 day period, cats do not show any traditional signs of heat.

After this, an unneutered cat will enter the heating phase, sometimes referred to as estrus, estrus, or estrus. She is ready to mate for up to a week and attracts the attention of tomcats. This is also the time when she shows the signs of a cat in heat. When conditions get too hot and humid, hormone production is boosted, leading to ovulation. At this stage of development, cats can mate several times before becoming pregnant. When a female cat becomes pregnant, her kittens can have multiple fathers. 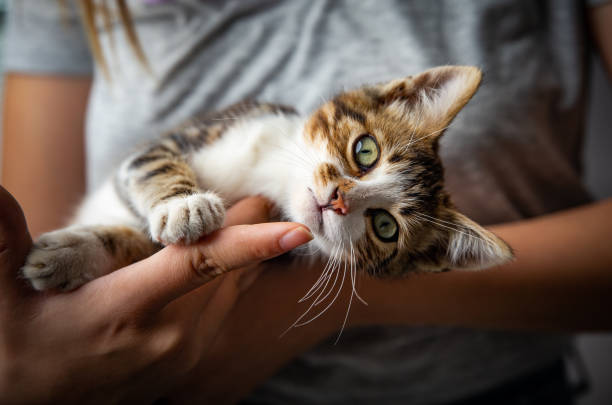 Cats in heat are ready to mate throughout the rutting season. So, follow our guidelines below to ensure you treat your cat in the heat with care and caution.

The Length of a Cat’s Heat Cycle

When a cat in heat mates, the signs of heat will subside within 24-48 hours and ovulation will occur.

If this does not happen, the cat will be in heat for an average of seven days (ranging from 2 to 19 days). As long as there are longer daylight hours, this cycle can be repeated every two to three weeks.