The Chinook is a special dog: he wants to discover the world outside every day – but also enjoys relaxing time out with his family on the sofa. This versatile dog represents one of the US states for a reason. If you want to adopt a member of a rather rare breed who would accompany you in sports and even pull a sled for you, consider the Chinook. 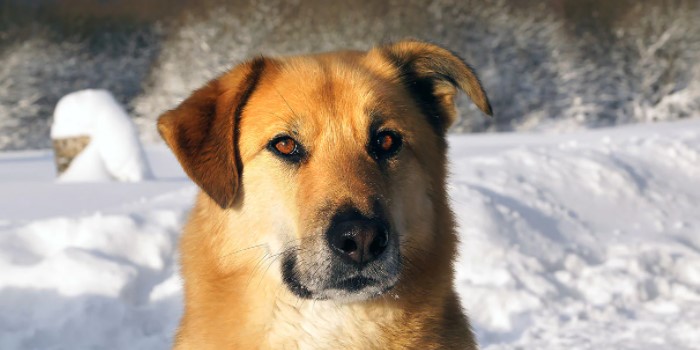 History of the Chinook

The history of the Chinook began when Native Americans used dogs to pull sleds and hunt. The animals were enduring, fast, and could pull heavy weights over long distances. At the beginning of the 20th century, they were considered almost extinct. This prompted dog breeder Arthur Treadwell Walden in 1917, who managed to keep the Chinook breed alive by crossing them with huskies, St. Bernards, and Belgian and German shepherds.

Nature of the Chinook

The Chinook is considered an active, people-oriented dog that does not like to be left alone. He is rather shy but very gentle with his people. If a Chinook has lost its heart to you, it shows itself to be affectionate and affectionate. From the start, make sure he is well socialized to take away his fearfulness and shyness.

He likes to play with children or other dogs and is neither fearful nor aggressive. He doesn’t tend to bark too much either but is territorial and very alert when he doesn’t know someone. Thanks to his high intelligence, he likes to learn and enjoys the attention of his people. If you keep him busy enough, he will reward you with lots of cuddling moments.

The Chinook is the epitome of an active animal. Bred for strength and speed, he needs a lot of daily exercises. It is the perfect companion for long walks or hiking tours, and it can easily keep up with you when you go jogging. This dog wants to be kept busy, including playing frisbee and agility. If he doesn’t get enough in this area, he’ll start to get bored and, in the worst case, redesign your apartment to suit his taste. He feels most comfortable in an environment where he can be lively and has enough exercise – be it in the garden of your house or in a place with a lot of nature in front of the door. Because of his need for closeness, he doesn’t want to live in a kennel, but in the house with you.

Warning: Chinooks like to dig. Keep this in mind when you let him into your garden! 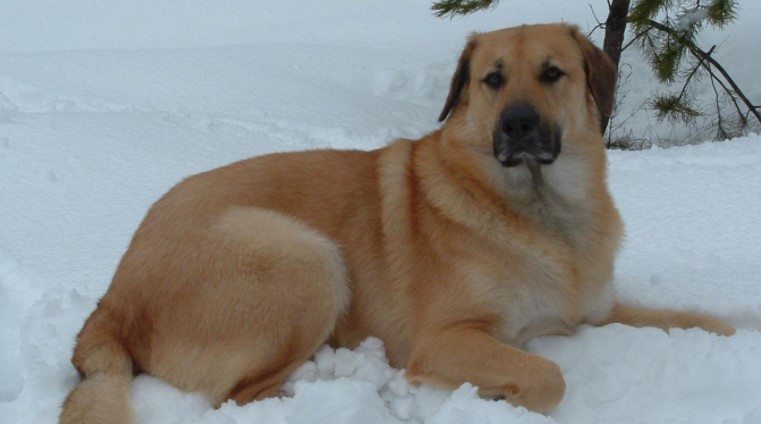 You should start training the Chinook as early as possible. Thanks to its gentle, balanced temperament, it is not rocket science, but as a novice dog, you should get help if necessary. The Chinook is clever, but at the same time strong-willed and stubborn and needs someone who can put him in his place with a firm but gentle hand. His upbringing will not be completed after a few weeks but continues throughout his life. It is also noteworthy that this breed grows up very slowly and some dogs only reach their full potential at the age of four.

With strangers or in places unfamiliar to them, the Chinook is reserved but very observant. He was bred to work in a team, so he gets along well with other dogs. He also gets along with cats or other pets, as long as he has known them from an early age. Only among dogs of the same sex can conflicts arise.

A Chinook bonds closely with its human pack. With enough attention and exercise, he is considered balanced and patient and likes to live with children who respect him and respect his boundaries.

Its fur, which is neither explicitly short nor long, is very dense, “double-layered” and has a thick undercoat. It insulates his body while protecting it from overheating. Basically, it is sufficient to brush the coat of the Chinook once a week. However, since he tends to shed a lot of hair, you should increase the frequency of strokes when he sheds his fur and brush him thoroughly every day.

The Chinook received a very special honor in 2009: since then it has been the official state dog of the US state of New Hampshire. Eleven American states introduced this honor in the mid-1960s, for example, to point out a special historical connection with the state. In the case of the Chinook, this goes back to the breed’s breeder – Arthur Treadwell Walden – who bred the first Chinooks in New Hampshire.