The Landseer feels particularly drawn to people, nature, and water. Its size makes it impossible to overlook, its good nature makes it a valued family dog. The black and white offspring of the Newfoundland dog inspires many other positive character traits, including its alertness, intelligence, and natural protective instinct. 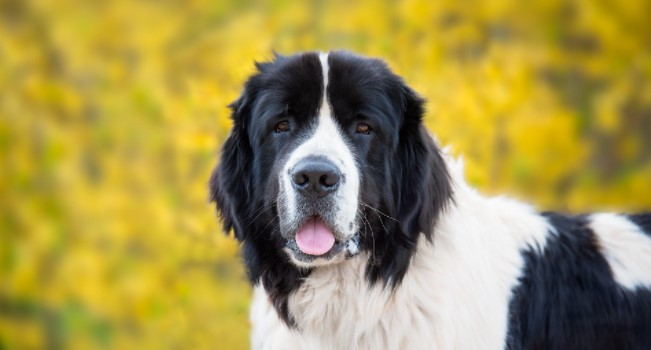 The Landseer emerged from the breed of the “Newfoundland Dogs” and was long considered a black and white variation of the Newfoundland. As working dogs, they were essential to Newfoundland and later British fishermen. They assisted people in catching fish and seals, protected them from bears and wolves, and pulled loads. Later, the Landseer became world-famous for another quality: they had the reputation of saving the lives of shipwrecked people or children who had had accidents in the water. The Landseer owe their own breed to Swiss and German cynologists who, in the early 20th century, wanted to save the black and white dogs from disappearing in favor of the all-black Newfoundland. The breeding project was successful – since 1960 the Landseer has been considered an independent dog breed.

Nature of the Landseer

The Landseer is characterized by great enthusiasm for work, pronounced vigilance, and calm composure. The strong human connection makes him a loyal family companion. Due to his natural guarding and protective instinct, he behaves reservedly and wait-and-see with strangers at first. The good-natured giant learns eagerly and quickly and is interested and open to challenges. Due to its former area of ​​application as a working and protection dog, it makes decisions independently if it is necessary from its point of view.

Education and keeping of the Landseer 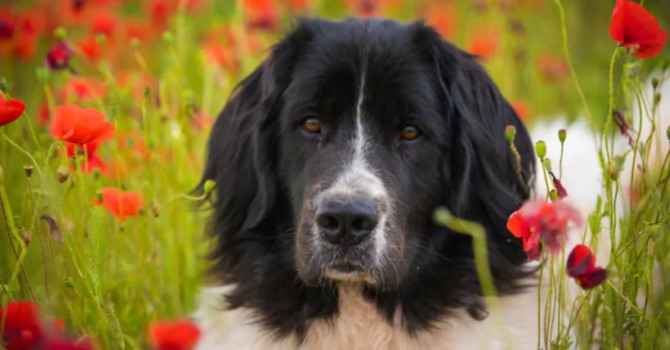 The ideal attitude of the Landseer includes intensive family connection, a fulfilling task, and a large garden. The dogs are excellent swimmers and are usually enthusiastic about this activity – streams, ponds or lakes are ideal destinations for a walk. Due to their strength and size as well as their self-confident and independent nature, consistent training with clear rules is important. This should always be accompanied by loving attention and close and positive human contact. Landseers are used professionally as water rescue dogs, but are also happy about tasks such as retrieving or carrying shopping – the main thing is that they can make themselves “useful”.

Care of the Landseer

Brush the medium-length coat regularly and extensively with a special dog brush to keep it beautiful and well-groomed. You should check and gently clean your eyes and lop ears from time to time.

Peculiarities of the Landseer

With a size of up to 80 centimeters and a maximum weight of 75 kilograms, the Landseer is an impressive sight. Due to the dense fur, it is very sensitive to heat. The English animal painter Edwin Landseer erected a world-famous artistic monument to the dog in 1856: His painting “Saved” shows a Landseer together with a child he saved from drowning. As with all large dogs, special attention should be paid to the musculoskeletal system and the possible risk of stomach torsion. So buy your Landseer from a reputable and responsible breeder.