Salukis are lightning-fast and love to hunt. Living with them is an adventurous journey with aspirations and beautiful moments. Find out everything about the Saluki dog breed here.

Salukis are extremely popular pedigree dogs among dog lovers. Here you will find the most important information about Saluki.

Origin of the Saluki 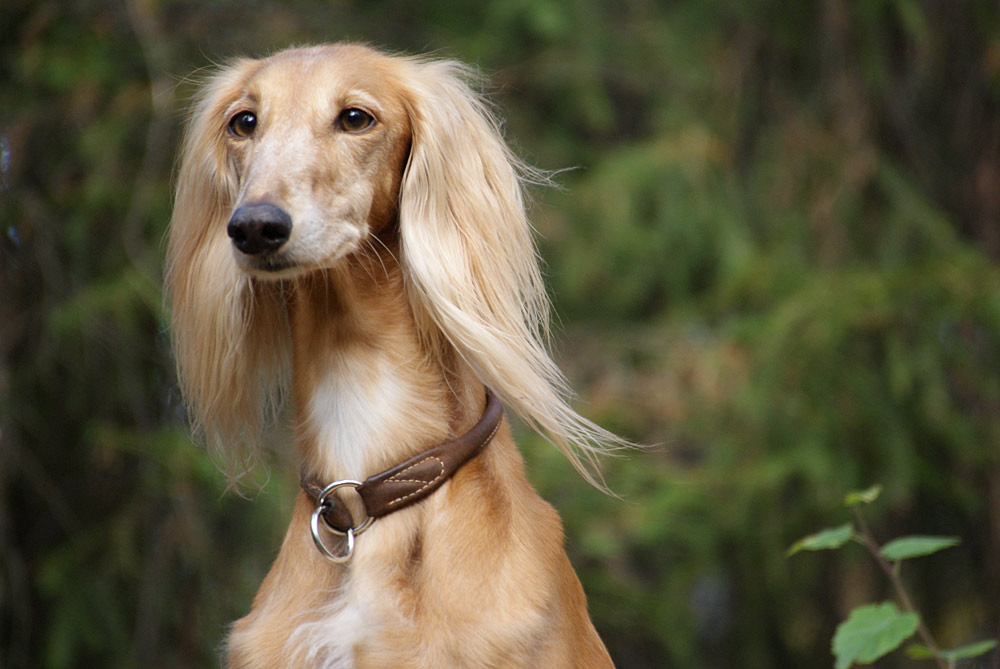 The Saluki is said to have been sent to earth as a “holy gift” from Allah. At least that is what the legend that is still being told in the Middle East about the origin of the noble dog says. In the past, the Saluki was valued primarily as a hunting companion because of its speed and grace. He accompanied the nomads through the desert and helped hunt gazelles, rabbits and other prey. Long before the breeding of Arabian horses began, Arabian Bedouins are said to have bred the Saluki. They were so precious that tradition did not allow buying or selling them. Saluki were only allowed to be given away as a gift of honour. They also found their way to Europe as a gift, where the British Standard for Saluki was created in 1923.

The appearance of the Saluki

The appearance of the individual animals is very different. The reason for the variety of types is to be found in the enormous size of the Middle East, where the Saluki has been used as a hunting dog for thousands of years. Originally, each tribe had its own Saluki, who were indispensable helpers when hunting game and hardly mixed with the Saluki of the neighbours. The main differences here are in terms of their physique.

Depending on the region of origin, there are either slimmer or more sturdily built Salukis. According to the breed standard, the whole appearance of the Saluki should give an impression of grace and symmetry, great speed and endurance, combined with strength and dexterity.

The different Saluki therefore have in common the extremely long legs, the narrow, elongated head and the streamlined, but still very muscular figure. With a height at the withers of 58 to 71 cm, the Saluki is one of the larger dog breeds. Its weight, which is a maximum of 28 kg depending on its size, is rather low in relation to its body size.

Coat and colors of the Saluki

There is the Saluki with long and short fur. Both variants have the same characteristics, the short-haired Saluki only lacks the so-called “feathers” on the ears and tail. The top coat of the Saluki is smooth, possible coat colors include white, cream, brown, rose gold, silvery-peppery, tricolor, white-black-reddish-brown-brindle and black.

Temperament and upbringing of the Saluki

Saluki are gentle, calm, sensitive and friendly. Because of their friendly nature, they are not suitable as guard dogs. They are initially reserved towards strangers, but never aggressive, rather curious. And after a short time they shed this shyness and turned out to be downright affectionate fellows who voluntarily throw their innate dignity overboard for a few cuddles. Only the prey animals they hunt need to fear the strength and energy of the Saluki, because here they show themselves to be a relentless opponent.

The upbringing and training of the non-aggressive and reserved breed is usually easy, the Saluki is not a type that immediately exploits inconsistent behavior. The representatives of the breed are very affectionate in dealing with people and conspecifics and want to be treated just as gently by their owners. The only training problem is the hunting instinct, here the dog must be offered alternatives.

However, reliable obedience is alien to the Saluki. Their upbringing requires precise knowledge of the breed, precise observation skills, loving consistency and the art of mastering the tightrope walk between influencing and letting go.

Keeping and caring for the Saluki 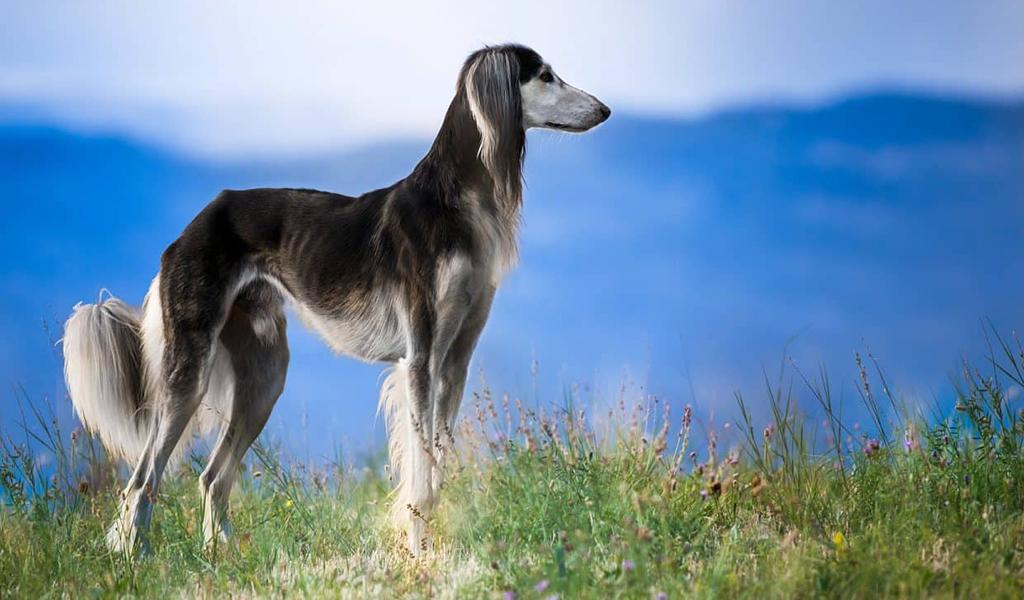 The Saluki is an easy-care dog: its coat only needs to be brushed once or twice a week. The fringes on the tail, paws and ears should also be combed so that the fur does not form knots.

Satisfying his urge to move is the biggest challenge: This dog wants to run. He is the long-distance runner among the dogs, who can walk alongside the horse for hours without showing the slightest sign of fatigue. It is the job of humans to ensure that this dog is still utilized to capacity.

It is a good idea to look around for clubs that organize “dog races” where these dog breeds are allowed to live their full life. Since these races take place on appropriate tracks and therefore on closed terrain, the owners do not have to worry about the Saluki suddenly going poaching. Extensive bike tours are also an alternative for adult Saluki. However, the dogs must not be encouraged too early. Completely closed growth plates are an important prerequisite for demanding physical exertion, so that no damage occurs and there is a risk of premature wear.

Incidentally, Saluki are not suitable for families with small children because they do not appreciate permanent hustle and bustle and crossing borders of their privacy.