Was the term “sheep poodle” unknown to you before? Check out the Dutch Schapendoes – that explains everything. The fuzzy pedigree dog goes back to a herding dog type that used to be commonplace in the past. The agile and robust four-legged friends, once widespread working dogs alongside shepherds, are now valued as companion dogs and impressed with their friendliness and intelligence. Read more about the lovable action dog here. 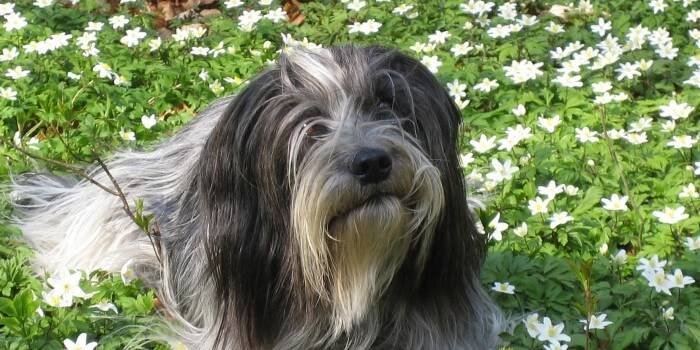 He comes from a humble background: the Nederlandse Schapendoes was not originally a noble pedigree dog. As a companion to shepherds and a working animal in the country, the furry four-legged friend was literally seen as a field, forest, and meadow dog. On extensive heathland and pastures, he reliably made sure that no sheep stepped out of line. The origin of the rustic dogs, which is probably centuries ago, can hardly be traced back. Russian Mountain Sheepdogs and Nordic Spitz may be among their ancestors.

The Schapendoes were particularly widespread in the Dutch province of Drenthe and in the Veluwe forest area. Probably because of its ubiquity, the breed has not received any explicit attention in historical records or artistic representations – the dog was just there, doing its job. However, over time, the shaggy working dogs faced “competition” from modern, larger types of herding dogs. At the same time, itinerant sheep farming became less important – the Schapendoes stocks declined.

That changed after the First World War: at that time there was interest in the Netherlands in establishing domestic dog breeds, bringing order to existing breeds, and preserving old types such as the Schapendoes. The dog expert Pieter Toepoel is considered the official founder of the systematic breeding of the Schapendoes, which began in the 1940s. However, the Second World War threw the project back for the time being. The shepherd dog from northeast Holland almost disappeared, but in 1947 the “Vereniging de Nederlandse Schapendoes” was formally founded.

In 1952, the breed was initially recognized by the “Raad van Beheer”, the Dutch umbrella organization for dog breeders, which is affiliated with the international FCI (Fédération Cynologique Internationale). Two years later, a first breed standard was formulated and at the same time, the keeping of the studbook began. The Schapendoes have been an “official” pedigree dog since 1971.

A gentle nature, loyal attachment to his people, plus a large portion of intelligence and playfulness – can you ask for more? The lovable, bright character of the Schapendoes makes them a popular family dog ​​today. He is obedient, good-natured, agile, and fearless.

The  Schapendoes used to serve as animal assistants to shepherds. Such a herding dog must be able to make spontaneous decisions, which is considered a desirable quality. In everyday life as a pet and leisure dog, this initiative must not be misinterpreted as stubbornness.

Schapendoes is considered to be extremely fond of children and is usually well-tolerated with conspecifics and cats. Their stress tolerance is high and their tendency to snap is low. However, the Schapendoes tend to bark.

The Schapendoes is a working dog by definition. If he doesn’t have enough work in his private life, he withers away: boredom doesn’t get the four-legged friend at all. Regularly left alone for long periods of time, the fur nose with close human ties may develop naughtiness such as barking or gnawing at your furniture. The Schapendoes is also only suitable as an “office dog” to a limited extent due to its urge to move. The ideal “pack” is a household with several members who are always present or a dog lover who has time for them all day.

The Schapendoes need careful training and guidance. Thanks to its cleverness, the sensitive animal is very capable of learning and insightful but does not tolerate harshness. Act consistently but lovingly when dealing with him. Indecisiveness confuses the intelligent dog. Without clear instructions or if the reactions to the same behavior differ, he will tend to make his own decisions about what to do.

It is an advantage if you already have some dog experience when purchasing Schapendoes. But even beginners who attend a dog school with their new four-legged friend and familiarize themselves with the subject matter should get along well with the good-natured and people-oriented dog.

Thanks to its intelligence and fitness, the Schapendoes is predestined for dog sports such as dog dancing or agility. With this, you can offer him a certain balance to the hard work – but you also have to keep it up consistently.

In general, a Schapendoes is an outdoor dog through and through. It is absolutely “weatherproof”, so there is no excuse for shortened walks in continuous rain or snow. His stamina is also remarkable. Just walking around the block is not enough for the power pack. It is much better if he can also accompany you when jogging, cycling, or horseback riding. In addition to the daily long walks and sporting activities, your dog should at least have access to a large garden, even better to a spacious plot of land where it can move freely. Keeping the Schapendoes in a kennel is definitely out of the question.

Care of the Schapendoes 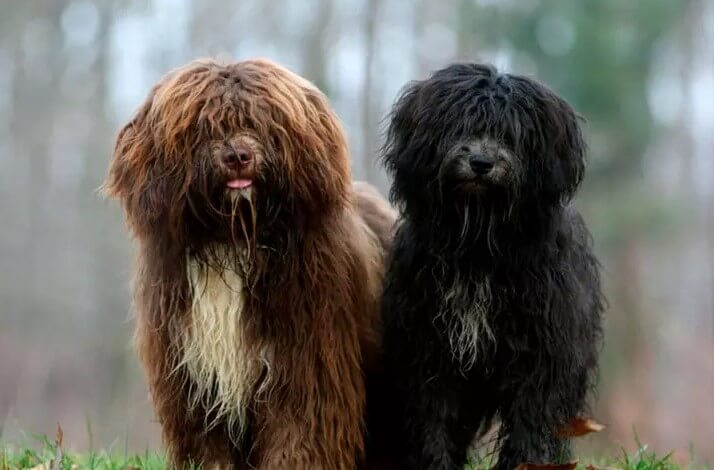 The Schapendoes coat is long, wavy, and has a lot of undercoats. This makes the dog appear much bulkier than it actually is. At the same time, he tends to shed a lot. To prevent the coat from spreading everywhere, it makes sense (but is not absolutely necessary) to brush him daily and remove loose hair. You should definitely comb it once a week. Fortunately, this is very easy, because the coat hardly tangles despite its length.

You should pay special attention to the lop ears hidden under a lot of furs: Check and clean them regularly to prevent dirt or inflammation. Excessive hair growth on the head can limit the dog’s vision – the tuft should then be trimmed a little.
Provided there are no health problems, the life expectancy of the Schapendoe is around 15 years.

In addition to their use in the herd, Schapendoes are also valued as tracking and rescue dogs. The friendly Wuschel are not suitable as sharp guard dogs or protection dogs – they are simply too good-natured for that. Their hunting instinct is also only slightly developed, especially since they – typical of herding dogs – always stay close to their “pack” (i.e. you).

Thanks to their originality and because there was no overbreeding in the course of the history of the breed, Schapendozen are considered dogs with a very robust constitution. What’s more: Thanks to responsible Schapendoes breeders and the possibilities of modern genetic tests, the eye disease PRA (progressive retinal atrophy, a disease that can lead to blindness) that occurred earlier is now banned from the breeding lines.