This cheerful dog with curly hair has a special intelligence and energy. However, when raising a pet should be extremely careful. After all, an incorrectly trained dog will need dominance or become aggressive. 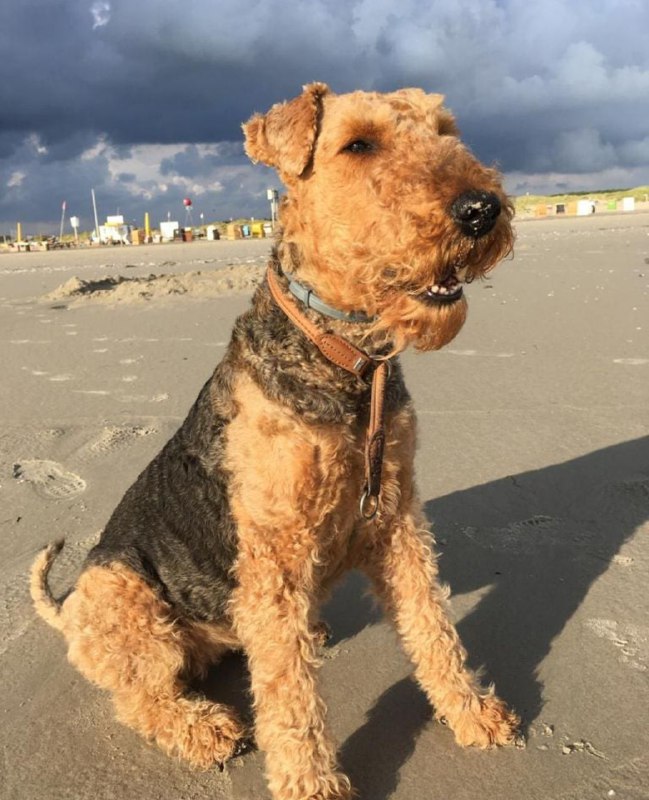 The Airedale Terrier is the largest terrier in the world. He is also called the “king of terriers” for this quality. Like many dog breeds, the Airedale Terrier was bred for hunting. This time – on otters and river rats. As a result, the dog is not afraid of water and likes to play on the pond. The first representative of this breed appeared in Yorkshire. Due to its intelligence and extraordinary agility, the Airedale Terrier is perfect for participating in various exhibitions and competitions.

For its growth, this dog is very fast, and incredible agility allowed you to make your way through difficult terrain or under enemy fire. Of particular note was the Airedale Terrier named Jack, who saved an entire battalion during World War I. However, the dog could not survive, but his feat was not forgotten. Jack was posthumously awarded the Queen Victoria Cross for Valor. 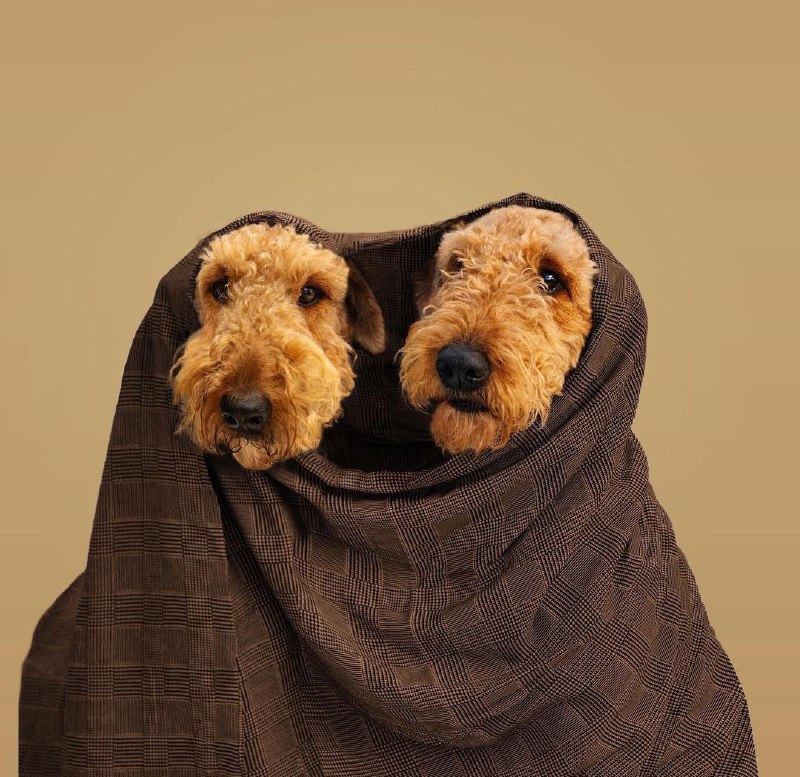 Like most terriers, the ancestor of the Airedale Terrier was the Black and Tan Terrier (Manchester Terrier). The official breeding of the breed began in the first half of the eighteenth century. This pet became famous as an excellent hunter of small forest and river animals (foxes, martens, otters, badgers, etc.). Also, due to their extraordinary strength, Airedale Terriers were often used as working dogs.
It is possible that the Airedale Terrier owes its excellent swimming abilities to the Otterhound, another ancestor.
These dogs were brought to America by a certain Briard, who was considered the founder of the breed (a very controversial statement). However, he greatly contributed to the recognition of dogs on the American continent. The Airedale Terrier became an official breed in the United States in 1888. It should be noted that many presidents of the American Kennel Club treated this breed of dogs with special tenderness.
Although this breed began its journey as an assistant hunter, now the Airedale Terrier is an excellent representative of sporty and versatile dogs. In the ranking of the American Kennel Club, this breed of dog currently ranks 54th. 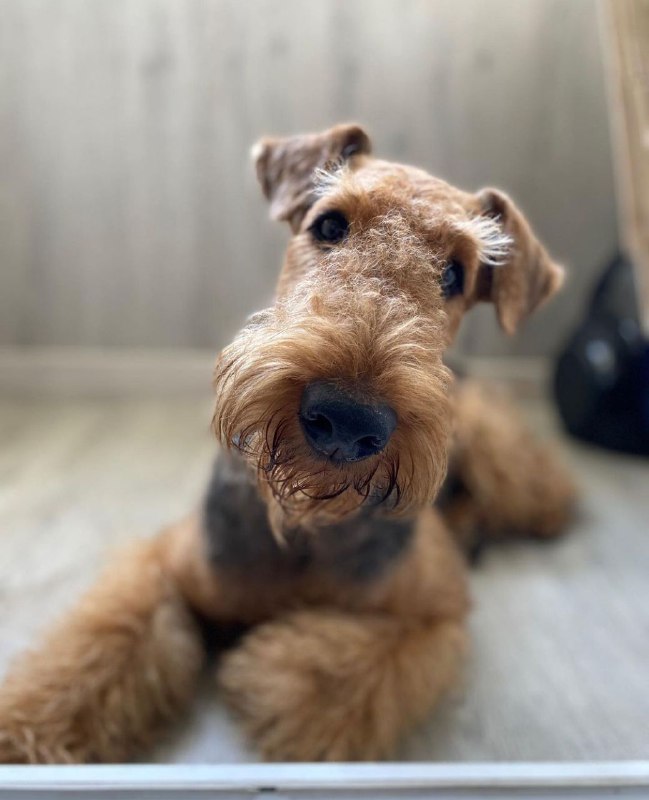 Before you start an Airedale Terrier, you should carefully consider whether you have enough energy to raise this breed of dog. Airedale Terriers are great for watchkeeping because they guard the territory I consider very carefully. The strength, agility, and absolute trust of the owner’s family only improves the performance of this dog.
Airedale Terriers are especially sociable. They just love the attention of their family, but even if the owner is busy with something, the Airedale Terrier will be happy to just be around.
This breed of dog must always spend its energy on various things. Be it game tracking or a simple game with children. The Airedale Terrier is a great companion for running. He also likes to dig the ground, chase other animals (even if it’s just a game). The dog’s barking is very loud, and she definitely likes to use it.

The Airedale Terrier is quite capricious, so you should not expect him to follow orders unquestioningly. This breed of dog has high intelligence, so it will often surprise you with its interesting solutions. If you expect complete obedience from a dog – this breed of dog is not for you.
Airedale Terriers are very spiteful dogs. Therefore, aggression or a rude tone should not be applied to them. This only increases the dog’s distrust of man. Airedale Terriers should be trained to interact with other animals, especially cats. The reason for all the hunting instinct, which forces the dog to show aggression towards smaller pets. This aspect significantly complicates the process of training and learning. If you want to raise a smart and compliant dog, which will not cause trouble, you should pay special attention to the socialization of the animal.
Despite its aggressive appearance, the Airedale Terrier loves to play and play. He just loves to pull treats from the host’s table. Family time can be considered the happiest for them. 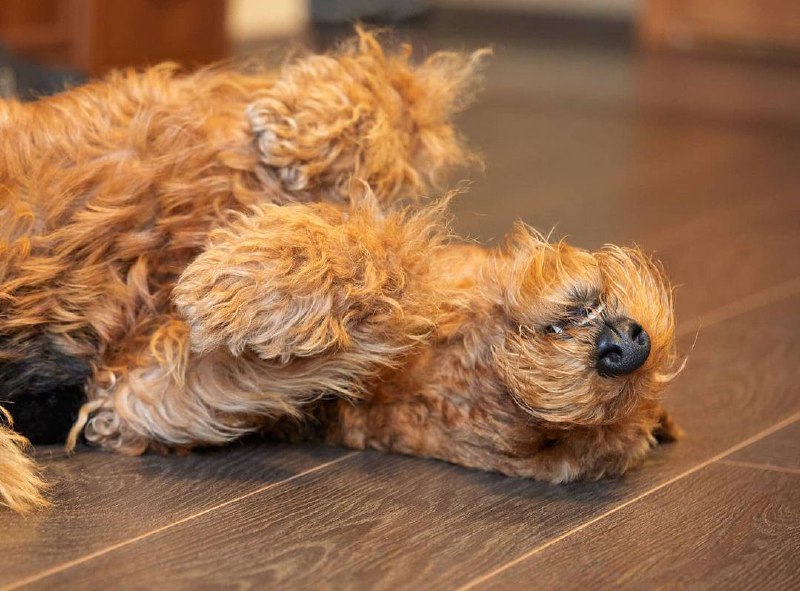 The Airedale Terrier is just the perfect object for training. He is not only active and playful but also has an unusual mind. Of course, this does not mean that you will not need to make an effort in training. Airedale Terriers are prone to dominance, so they will question your credibility at any moment. Persistence should be shown to these dogs. You need to give commands in a confident voice, because the dog at one point may notice a tremor in his voice and ignore you. The Airedale Terrier will only obey a person he respects. You have to become an authority.
Training should be accompanied by praise and refreshments. Airedale Terriers do not tolerate aggression towards themselves, so you should think twice before raising your voice to the dog. 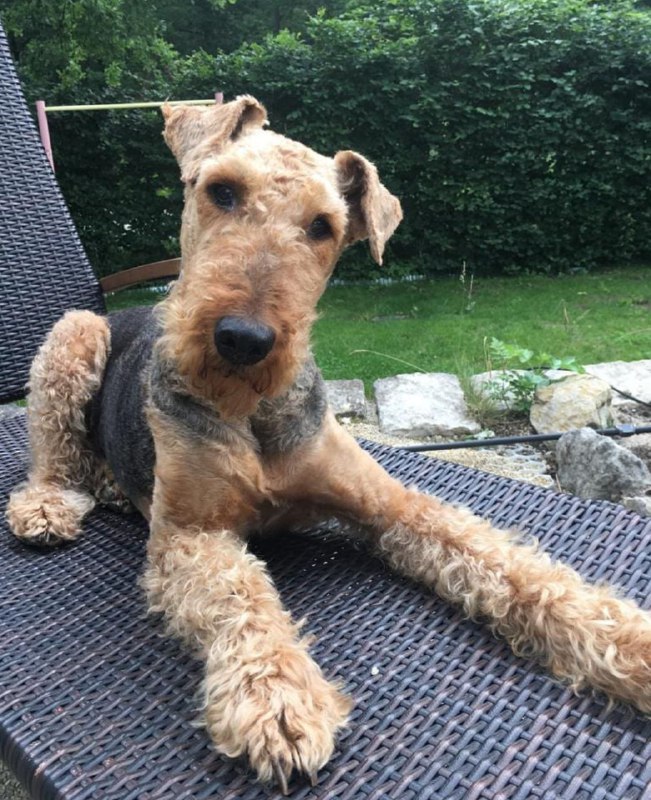 Airedale Terriers need regular grooming. Otherwise, caring for their fur can bring you a lot of trouble. However, the dog should be groomed no more than once a year.
You only need to comb your Airedale Terrier once a week. It is practically not necessary to bathe this breed of dogs. Their skin produces a special mixture that makes the coat shiny and waterproof. Bathing will only ruin everything. Claws should also be trimmed once a week. it is also important to regularly clean the pet’s ears to prevent ear infections. 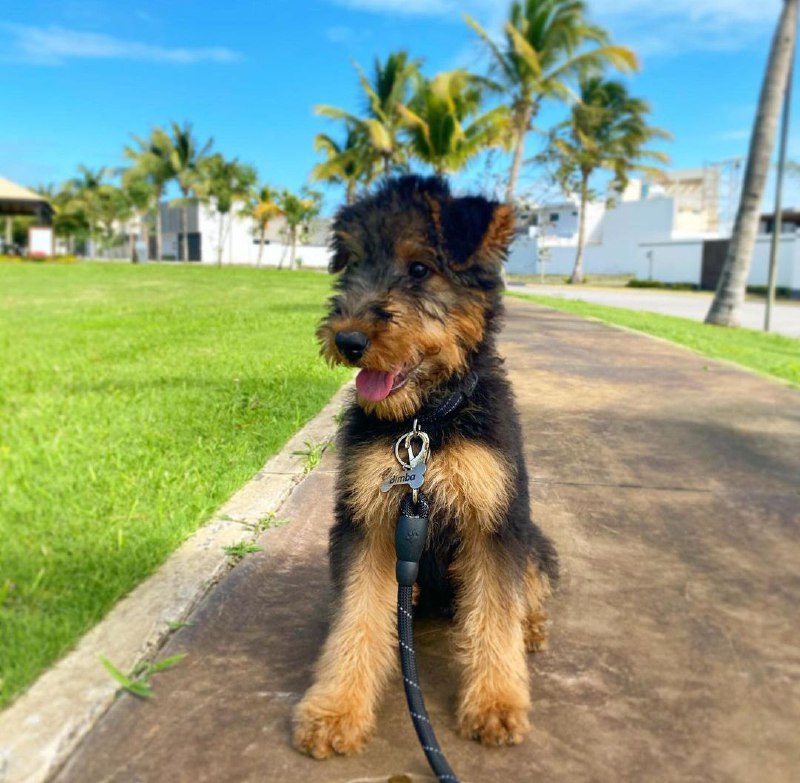 Special attention should be paid to the nutrition of the Airedale Terrier. It should be balanced and include all the essential elements and vitamins. The most common diet is lean meat (chicken, rabbit, veal, beef). Sometimes it can be given raw but in small portions. The Airedale Terrier also likes to indulge in a variety of fruits and vegetables, fish (pre-remove bones), cereals (oatmeal, buckwheat, rice), as well as dairy products, and eggs.
If you do not have time to make a balanced diet, use special dry food.
Diet is especially important for a dog. The puppy eats 4-5 times a day. Gradually reduce the number of meals. An adult dog eats no more than twice a day. 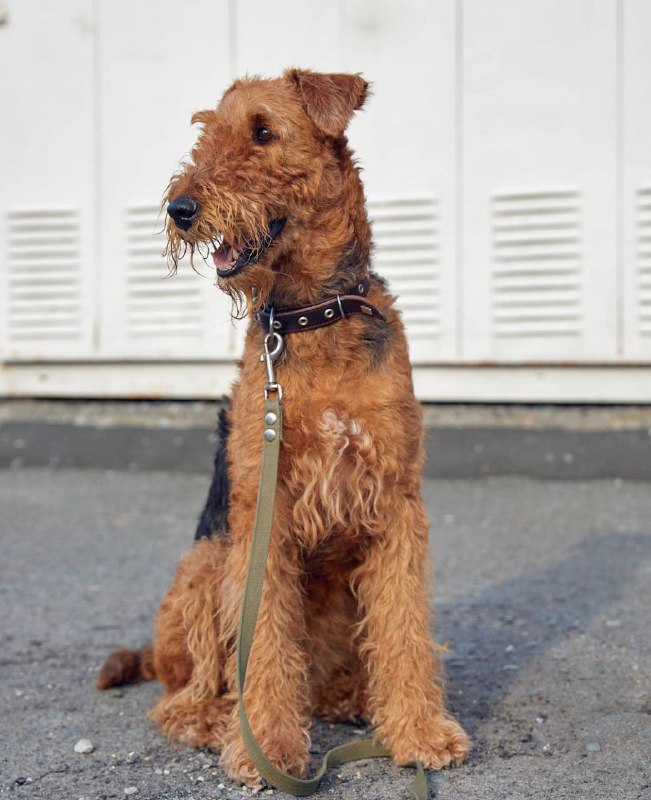 Airedale terriers are generally healthy dogs. But just like other pets, these animals are more vulnerable to certain diseases. Their main list is as follows: