Bloodhound is one of the largest and oldest representatives of the group hound. This is a tracker dog with a phenomenal sense of smell, as well as an extraordinary image, including long, curled ears and a “flowing” profile of the muzzle. 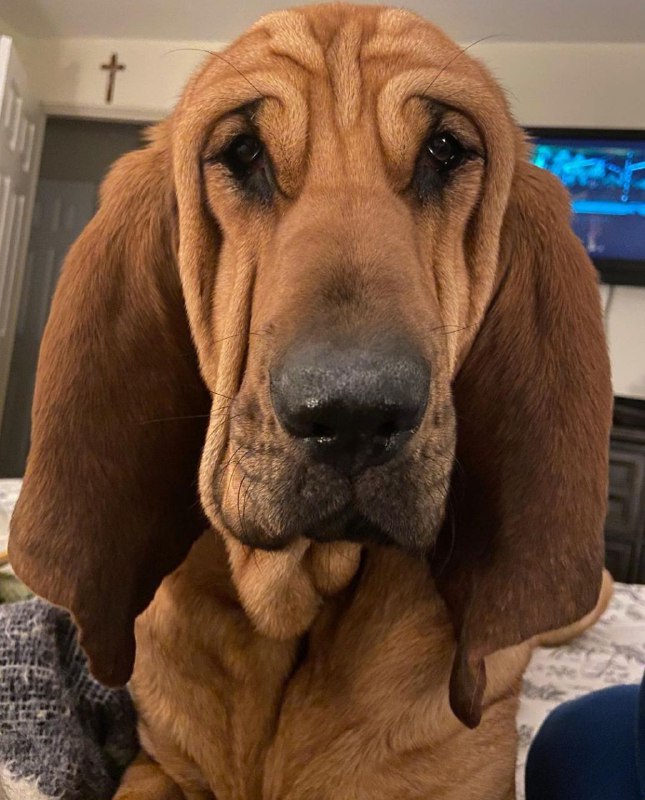 For many years, mankind has known dogs that are able to track down animals only by a subtle smell. The Bloodhound breed is of just this type, although the first reliable evidence (a poem by Sir Humphrey de Bohun) of their existence dates back to 1350.
In those distant times, the Bloodhound was used exclusively for hunting, primarily for wild boar, elk, and deer, and it was mainly kept by the nobility, as well as some priests who were fond of hunting. And, despite the fact that there is no earlier evidence of the breed under this name, the predecessors of the breed, the dogs of St. Hubert, existed earlier.
After all, Saint Hubert himself lived at the end of the 7th century, and was a fanatical hunter, and, moreover, he partly retained his addiction even after leaving for a monastery after the death of his wife. He is still revered as the patron saint of hunters, and some elderly people in France to this day sometimes call the Bloodhounds the dogs of Saint Hubert.

These pets came to England in 1066, on the ships of William the Conqueror. For several centuries, they were highly regarded in England, and Queen Elizabeth I kept a flock of these dogs. One of them William Shakespeare described in his work “A Midsummer Night’s Dream.” In addition to their ability to track down prey, they were also highly valued for their ability to follow the trail of a person and were used to track down criminals.
The breed has always been popular among the aristocracy, in addition, these dogs were supported by the royal family.
In modern times, this breed is considered quite rare, while being used in law enforcement and search and rescue services, due to its keen sense of smell. Bloodhound also participates in dog shows all over the world and is recognized by all the world’s official dog federations. A Bloodhound dog has a strong constitution, good muscles, and a massive head. Most of the folds are found on the muzzle and in the head area. The ears are small. The limbs are of medium length, the tail is medium, the coat is short. 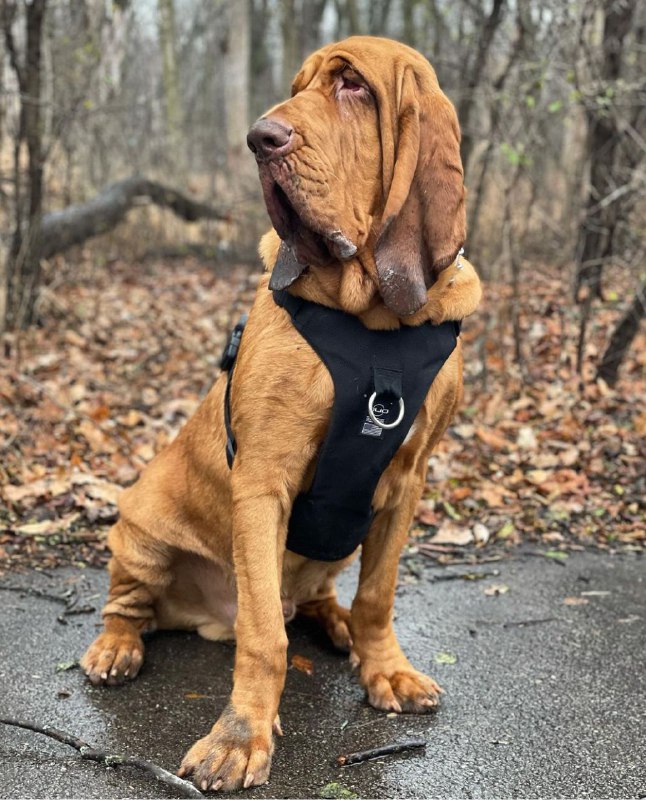 The Bloodhound breed, despite its menacing appearance and size, is very fond of people. And even taking into account the fact that with the help of these dogs to this day they catch fugitive criminals and track down illegal border trespassers, love for people remains an important character trait of these animals.

Bloodhound has a fairly high energy level, although he is not fidgety, and therefore needs physical exercise and daily walks. By the way, on the street the instinct of the pursuer and the hunter becomes apparent – the dog seeks out interesting smells and constantly tries to follow them, so the owner must be vigilant. In addition, it is necessary to maintain muscle tone.

A Bloodhound dog is perfect for keeping in a private house with its own yard, but it may well get along in an apartment. These animals are strongly attached to their family, and therefore it is not a good idea to leave them with friends for a long time. If you travel a lot, and there is no way to do it with your four-legged friend, it is better to choose another breed of dog.

In general, the breed is distinguished by obedience, although their independent nature takes some getting used to. Most importantly, do not try to take a dominant position solely from a position of strength – this will not only negatively affect the character of the pet, but, in principle, will build relationships with the animal not as with a friend, but as with a subordinate. 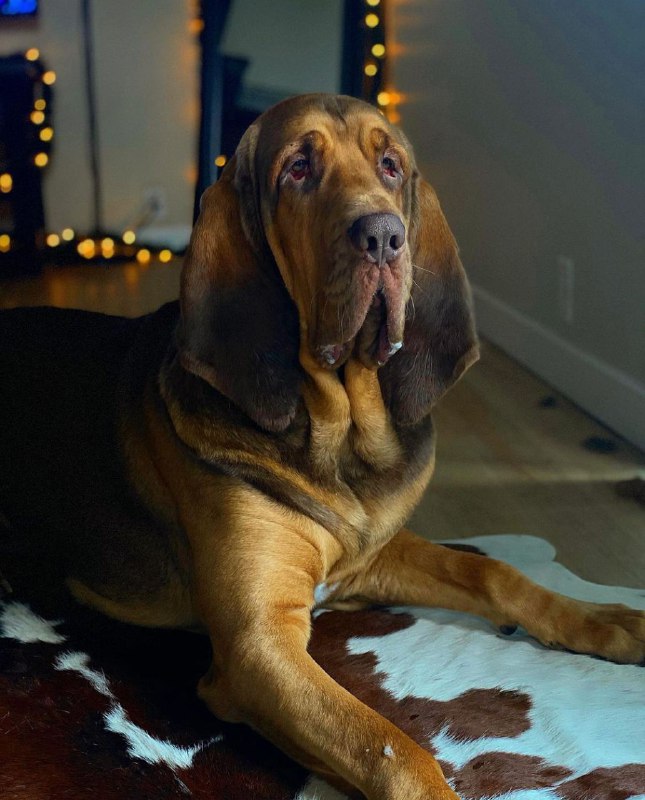 The Bloodhound breed, in general, quite positively perceives the process of training, although their independent nature can sometimes make its own adjustments. Try to build a relationship with your dog on the fact that the training process is interesting in every way.
That is if you see that the dog begins to get bored, try to translate everything into a game format, give him a treat, and generally defuse the situation by motivating your pet so that the dog likes the classes, and not because he was forced to do so.
It is important to be patient, positive, and have a good sense of humor when teaching. 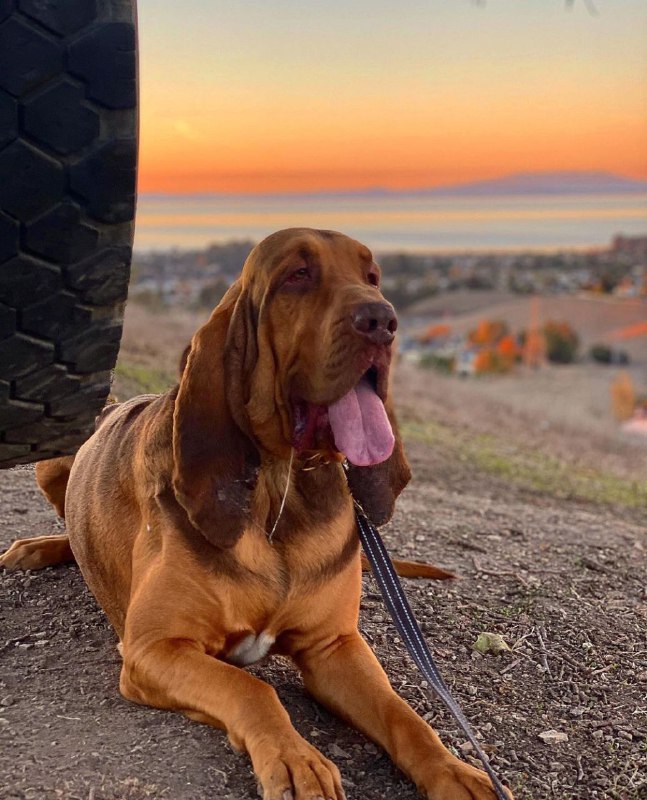 The Bloodhound breed of dog has a short coat and therefore needs to be combed out once a week. This is usually enough. The eyes should be cleaned from deposits daily, the ears are usually cleaned 2-3 times a week. Claws are trimmed three times a month, you need to bathe the dog at least once a week. Among other things, keep an eye on the cleanliness and condition of skin folds. 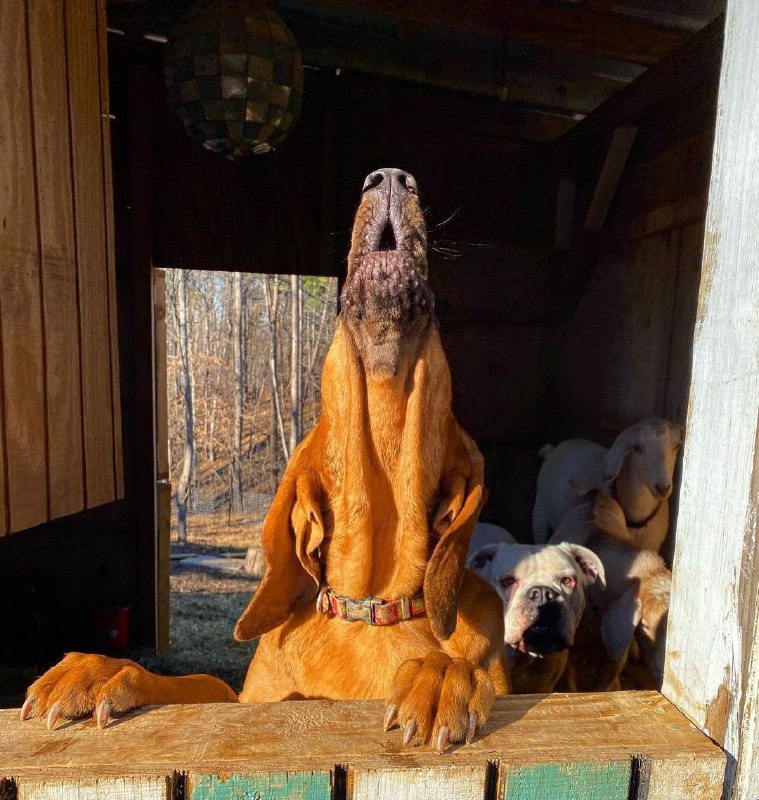 Bloodhound is a relatively healthy breed, but some diseases do occur in these dogs. These include: