The Chipoo falls into the growing category of designer breeds.

These are pups that are bred from two recognized purebreds, in this case, a Chihuahua and miniature or miniature poodle.

The Chipoo may not be as popular as other poodle hybrids like a Labradoodle or a Whoodle. The Chi-Poo is a small dog with its own distinctive features.

Since one parent is a Chihuahua, the smallest breed of dog and one with an energetic personality, the Chipoo’s small size, and distinct style make them stand out in a pool of poodle hybrids.

What Else Should You Know About The Little Chihuahua Poodle Mix? 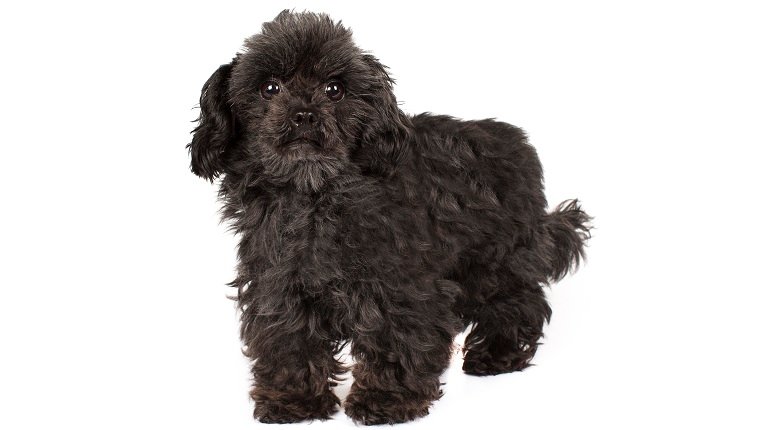 In fact, according to a 2006 study by the University of Sydney, Chipoo puppies are less likely to experience diseases that are common in their parents.

Inbreeding among purebred animals can make them more prone to genetic diseases. For example, the Chihuahuas can develop conditions such as patellar luxation, glaucoma, or even hemophilia.

Poodles, on the other hand, inherit stomach problems and cataracts.

Breeding these two species potentially reduces the risk and the Chipoo benefits from both breeds.

However, there is no way to predict the outcome of the breed.

How the Chi-Poo began 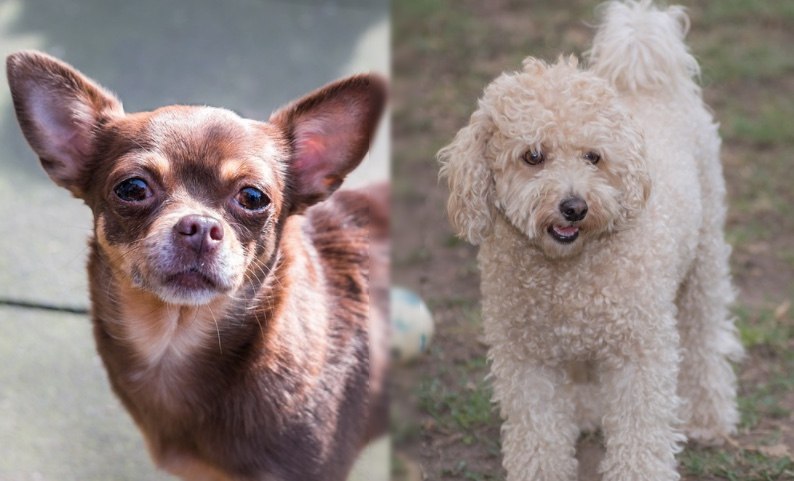 It’s unclear when the Chipoo first launched, but it’s a pretty new hybrid

However, the Toy Poodle Chihuahua mix has a very ancient and formidable parentage.

It is likely that the origins of the Chihuahua go back even before the Maya lived in Mexico.

Original remains of dogs very similar to Chihuahuas have been found in archaeological excavations from the 13th century.

The poodle most likely originated in Germany and originated in the 15th and 16th centuries before the breed appeared in Spain in the 18th century.

Maybe the Chipoo dog hasn’t been around that long, but there’s clearly a long line between the Chihuahua and the Poodle.

The diversity of the Chi-Poo

A mixed-breed like the Chipoo offers a variety of styles. As a hybrid, the Chipoo has a mix of characteristics from each parent.

The Toy Poodle Chihuahua mix of grown weights weighs between 3 and 20 pounds and can stand between 5 and 15 inches.

Some of the variations are weight and size.

On average, a miniature poodle is between 10 and 15 cm tall.

However, Chihuahuas are celebrated for their very small size.

Their height usually does not rise above nine inches.

The head of a Chihuahua-Poodle mix could be apple-shaped like the Chihuahua, or rounder with a long nose like the Poodle.

Bushy or not is the question with a Chi-Poo 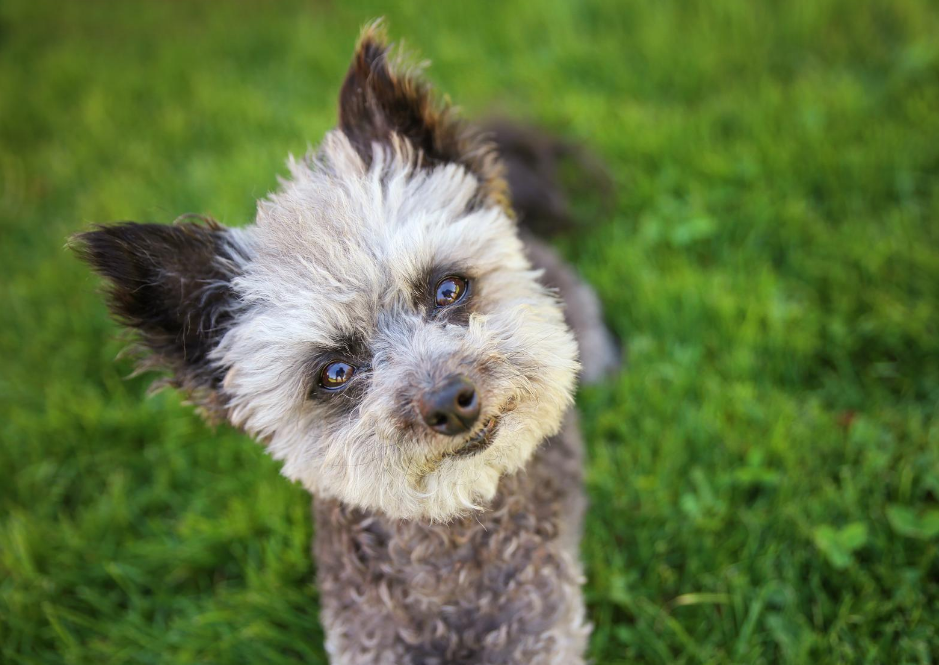 The coat is another place where genetics like to make this hybrid a little different.

Poodles are known for their sculpted grooming.

Grooming gives them the aristocratic look that defines the breed.

A Chihuahua’s coat can be long or short and curly or straight, depending on the characteristics of the parents.

Chi-Poo puppies can even have different coats from the same litter, both in terms of hair length and texture.

The most common colors for coating Chi-Poos are:

These dogs can be one color like a poodle or have a pattern of colors throughout their bodies, which is a possible characteristic of the Chihuahua.

Chihuahua Poodle Mix: The mighty mouse of the dog world

Do you remember Mighty Mouse, the tiny little superhero with red trunks, a cloak, and a big pose?

If Mighty Mouse were a dog, he would be a Chi-Poo.

It is known for both its intelligence and its energy – lots of energy.

Like both parents, the Toy Poodle and Chihuahua mix are ​​usually devoted, affectionate, and affectionate.

Because of its intelligence, the dog is easy to train and the Chipoo will bond with a family member in particular. 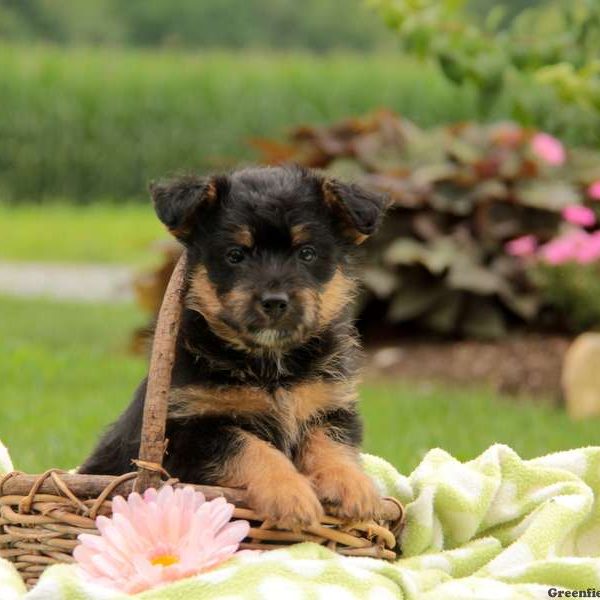 Due to the high energy level of the Chipoo, she gets bored easily. Leaving them at home outside of a kennel for long periods of time can lead to disaster.

The Chihuahua Poodle mix interacts well with other dogs or other pets in the household when they are all raised in the same environment.

However, it is more difficult to get them to adopt a new dog that will join the family.

Similar to the Chihuahua, they can be very protective of their humans and bark and growl at other dogs when they get too close.

Early socialization can help them to better accept strangers in the home and in the dog park.

Chi-Poos love to play, but they can get a little excited in ways that can be overwhelming for young children.

Because of this, they are better suited for households with children aged 10 and over.

Some Chihuahua Poodle Mix puppies may inherit the poodle fur coat, but this is not guaranteed.

Long-haired versions of this dog may require regular professional grooming to keep the coat healthy, shaped, and tangle-free.

It is recommended to brush the body with a soft brush that is brushed with long-haired Chi-Poos along with a bath every few weeks to keep them tidy.

Brush the long-haired Chipoo before bathing, otherwise, the hair may become matt.

Short-haired Chi-Poos also need to be bathed regularly. Consider wiping with a damp cloth or dog towel between baths. 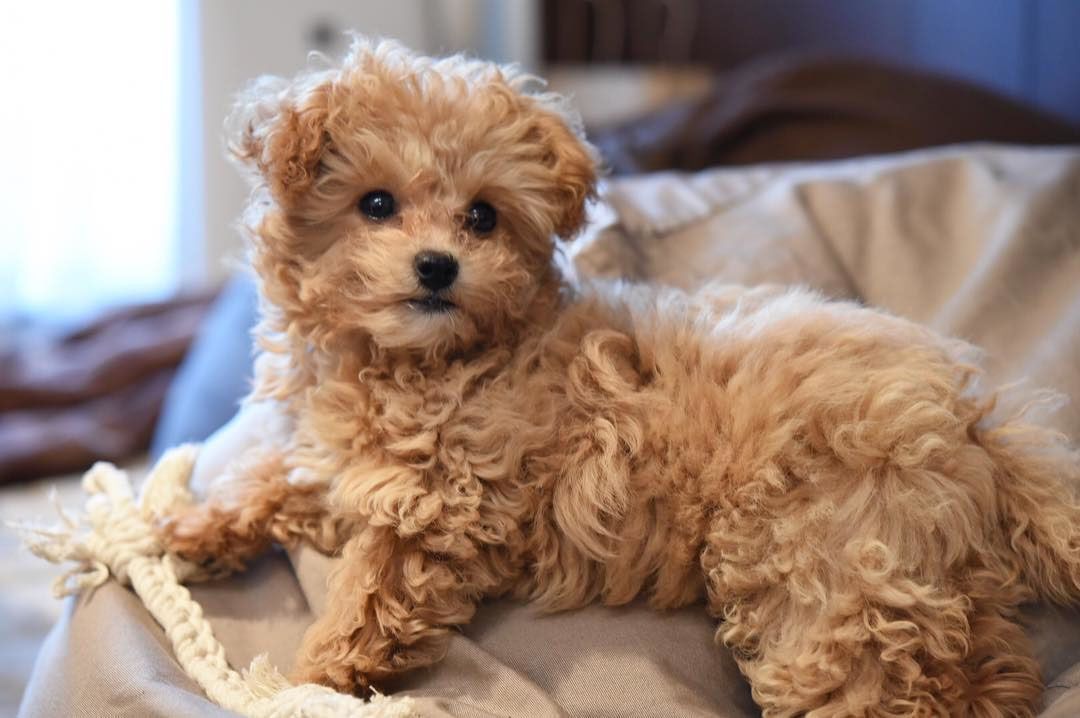 The Chihuahua poodle mix works well with the standard diets unless otherwise directed by the vet.

The veterinarian will most likely recommend good quality foods for small dogs to avoid common digestive and dental problems.

You can become overweight. Therefore, closely monitor your diet and limit the tidbits when not being used for exercise or teeth cleaning.

Health Concerns for the Chi-Poo

Crossbreed dogs like the Chipoo are exposed to the same conditions that affect their parents.

Some health concerns that may arise in this dog include:

Dental problems are common in small pedigree dogs too, as their tiny jaws make their teeth naturally weak.

Because of this, the vet may suggest daily brushing, regular cleanings, and dry food.

Obesity in these dogs can cause other health problems such as:

A Chi-Poo could also be at risk because one parent is a poodle, although it is less common in toy poodles. 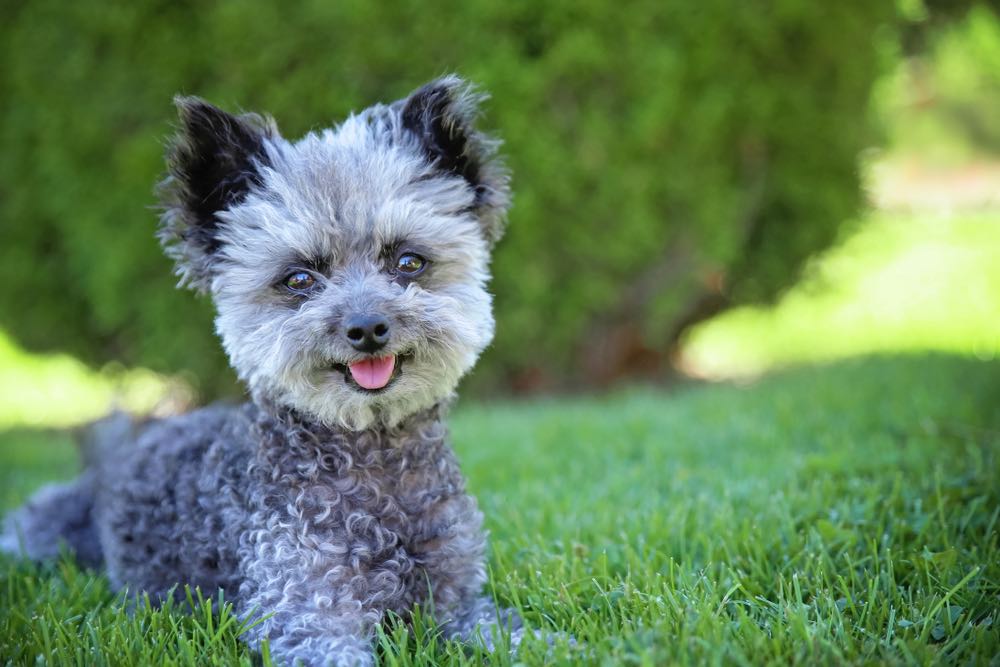 It is important that each parent is health screened for any diseases relevant to their breed prior to mating.

The Chihuahua parent should receive a clear health bill from the veterinarian, including any dental problems or a history of knee problems.

You should also not have a family history of necrotizing meningoencephalitis.

The Poodle parent should be PRA clear, vWF clear, and have recently had a clear eye test.

You should also not have a family history of patellas, Cushing’s disease, or heart problems.

The Chihuahua Poodle Puppy is from two very intelligent breeds and will benefit from positive reinforcement training.

They love to play and toys to work to stimulate them. Without this stimulation, the dog will become bored and unhappy.

Remember that her legs are small, so walks should be short but frequent.

Let them run too if possible.

How to Find Chipoo Puppies

You are unlikely to find a Chipoo puppy in a shelter or adoption agency. The best option is to buy a puppy from a reputable breeder.

Due to the small size of this breed, newborn puppies require a lot of care, making reputable breeders difficult to find.

You may also need to travel to have your pup.

Before buying a dog, insist on health exams for issues that often affect Chihuahuas and poodles to make sure the puppy is healthy.

Ask the breeder to see the certifications of these screening tests.

You should also meet the mother and, if possible, the father.

Make sure they are both friendly, confident, and have an obvious connection with their owner.

They should also have a purpose in life that goes well beyond producing puppies, whether as a show dog, agility dog, or a popular family pet.

A good breeder will ask you a lot of questions and will be happy to answer all of your questions too.

You will have proof of parenting health checks, and all of their pups have been vet treated, dewormed, and checked.

Is a Chihuahua Poodle Mix Right for My Family?

The Chipoo’s small size allows them to thrive in apartments and houses.

They make good family dogs but are better suited to older children or homes without children.

They are social animals and want attention.

They are no good when left alone for long periods of time.

Since the Chipoo is a hybrid, they can have different temperaments and be a little unpredictable.

However, if you love both the Chihuahua and Poodle temperaments and don’t decide on a combination that you end up with, you should be happy with the result.