The Chinese Crested Dog is a miniature clever girl with a stylish “hairdo”, a constant companion of Hollywood divas and stars of the mid-20th century. Possessing a lively gentle character and pathological affection for the owner, although they declared themselves only at the beginning of the last century, they were able to masterfully adapt to the realities of their time and gain enviable popularity. Since about the 70s, the breed began to smoothly descend from the stellar Olympus, thanks to which its representatives began to appear not only at private bohemian parties but also in the apartments of ordinary people around the world. 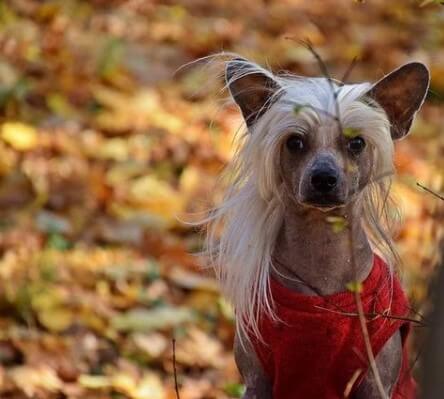 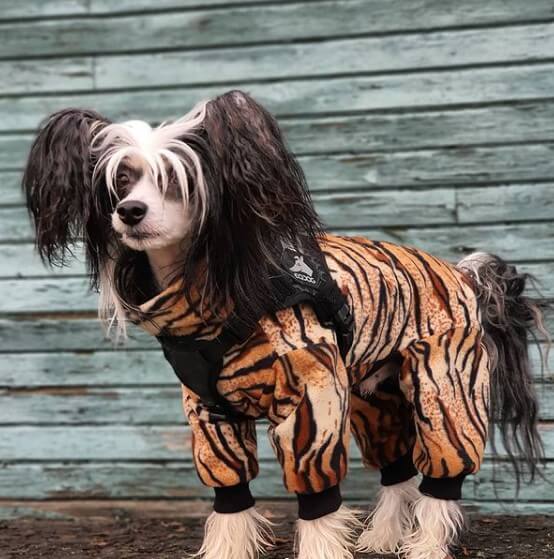 History of the Chinese Crested Breed 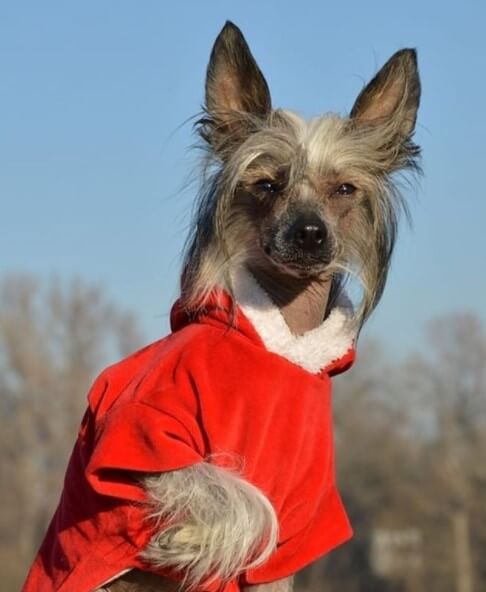 Despite its name, the Chinese Crested Dog not from China at all, although when looking at it, there is indeed an association with other small Chinese dogs. This breed originated in Mexico or Africa, scientists do not have exact data on this matter, and they disagree.

However, it is definitely known that already at the beginning of the 16th century, these dogs accompanied Chinese sailors on ships, and actively fought against rodents, for which they were very much appreciated. Indeed, in combination with its tiny size, this property is irreplaceable on any ship, even in the modern world.

The Chinese Crested Dog was originally slightly larger, but the Chinese have reduced their size by crossing, although it is not entirely clear what breeds they were crossed with. They were also called Chinese Hairless, Chinese Edible, Chinese Ship, and Chinese Royal Hairless Dogs. European travelers documented the presence of these pets on Chinese merchant ships at the very beginning of the 18th century (1700-1720) when they visited China.

Unlike many other Chinese breeds, the Chinese Dog was not considered a purely aristocratic attribute, and everyone could get it. Although, these dogs lived in the imperial palace. There is even evidence that some believed them to have certain magical properties, apparently due to their ability to be surprisingly loyal companions. But more on that below. Now in China, this breed is considered rare. The first Chinese Crested Dog Club in America was founded in 1974. 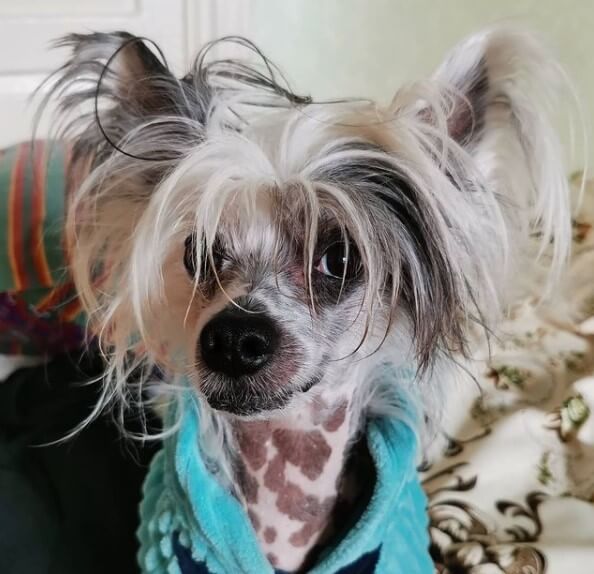 The Chinese Crested breed has a small size, graceful build, slender limbs, and a small tail. There is hair on the head, around the ears, and on the legs. The muzzle is pointed. There are two varieties of these dogs, some have hair only in the above areas of the body, while others have a standard coat. Both the first and the second can be observed in the same litter. 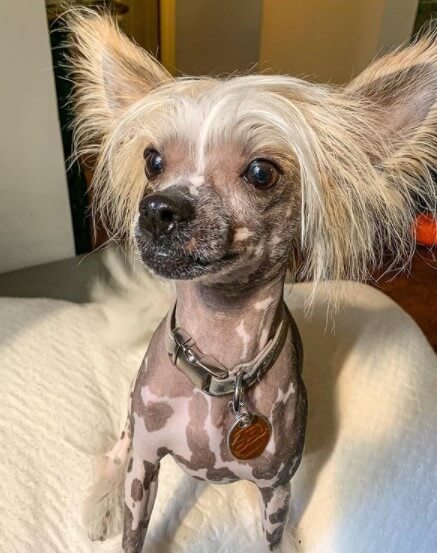 In the world cynology, all types of colors of the Chinese Crested Dogs are declared allowed. Main colors: 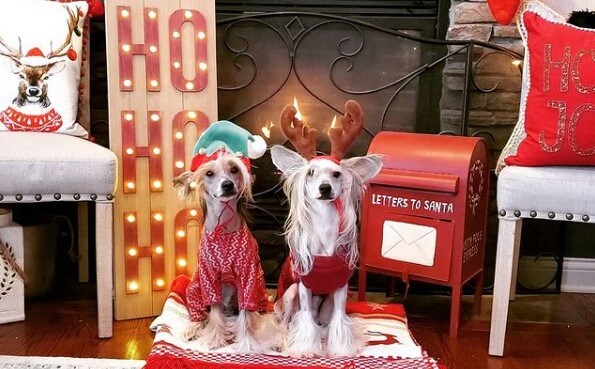 This breed is an ideal companion and is very often used as a companion for people with disabilities. However, you should not think that they have a very open, friendly, and loving character, this is not at all the case. You could even say that the opposite is true. Most of these dogs accept only one person of their choice with love or several people.

She will always have good behavior within her family, if she is aware of you as a family member, she will be endlessly devoted to you. Because of this, by the way, they are very difficult to experience separation, and can even become destructive from longing. But in relation to strangers, a completely different picture is observed, and it is extremely difficult to completely correct the character of the animal.

The Chinese Crested Dog loves to bark at strangers, whether you are at home or outdoors. Moreover, this barking can be prolonged, and the dog can bite the stranger’s leg. In the process of education, you will need to get rid of this negative quality. In addition, you will need to try to keep the dog on a leash while walking.

This breed does not belong to those that require frequent and long walks. In part, this is why they are often turned on by people with disabilities since a Chinese crested dog can literally lie on the bed with you all day long, completely relaxed, and without any discomfort. Although, of course, from time to time it is simply necessary to walk them.

Children are treated normally, but it is necessary to teach the child how to handle them, as their small size and fragile constitution make these animals very vulnerable to injury.
They are very afraid of the cold but usually perceive warm and hot weather. This breed is in dire need of early socialization, which will help to make the character more harmonious, flexible, and open. 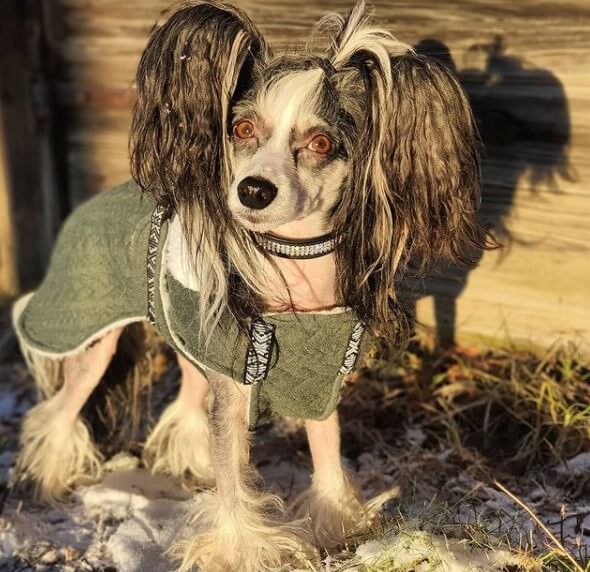 The breed of Chinese crested dogs is in dire need of education and the formation of harmonious behavior. If you ignore this recommendation, you will face constant problems with the surrounding strangers. And this, as you can see, is completely unnecessary. In addition, over time, the dog’s temperament will deteriorate if you let him do whatever he wants, and do not pay attention to the control. 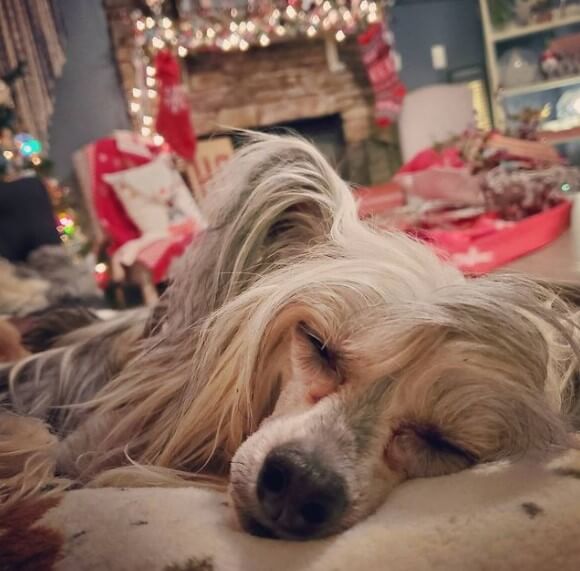 At home, your pet should feel comfortable and protected, so set up a secluded corner for him. The best option is a small house, although a bed with bumpers will also work. A growing Chinese Crested Dog should have enough toys. Both rubber buzzers from the store and alternative options such as corks, balls, and small cardboard boxes will work here. For travel to the vet or travel, it is best to purchase a carry bag. 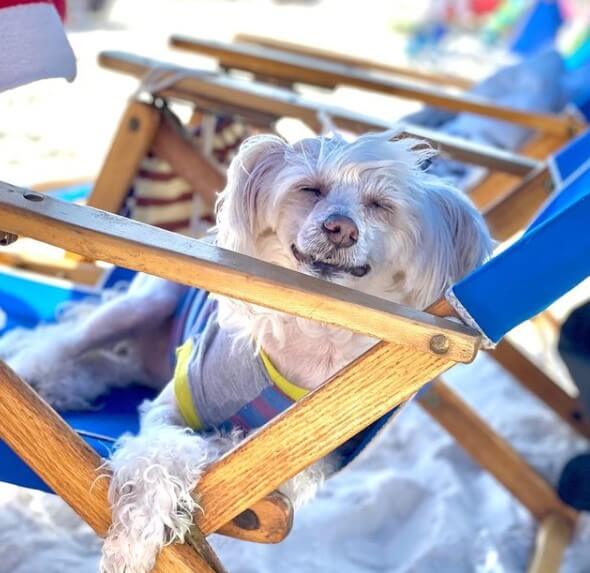 The Chinese Crested breed needs brushing, especially if you have a full-coated variety. And you need to do this 2-3 times a week. Many owners also take their pets to hairdressers. Please note that the naked type has very sensitive skin, and you need to dress the dog only outdoors, and at home to try to maintain the optimal temperature of the warm air in winter.

The nails are trimmed 2-3 times a month, always keep the ears and eyes of the animal clean and bathe it 2-3 times a week with a shampoo with a suitable pH. However, there is no need to apply sunscreen, moisturizing lotion, etc., as this often causes skin problems. 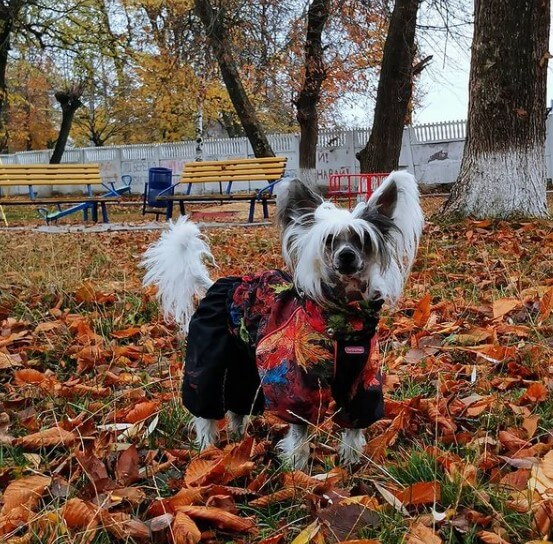 Representatives of the Chinese Crested breed should be walked daily. In the fresh air, energetic and curious dogs fall into a kind of frenzy, so they lead them out on a roulette leash. And also these kids love to play archaeologists and excavate in flower beds, so it will be difficult to stop the carried away dog ​​without a leash.

Walking is usually preceded by preparation. For example, in the spring-summer period, the body of hairless dogs is smeared with sunscreen to prevent burns. In autumn and winter, animals are taken out into the street dressed, and in frosty weather, it is better to minimize the number of walks. 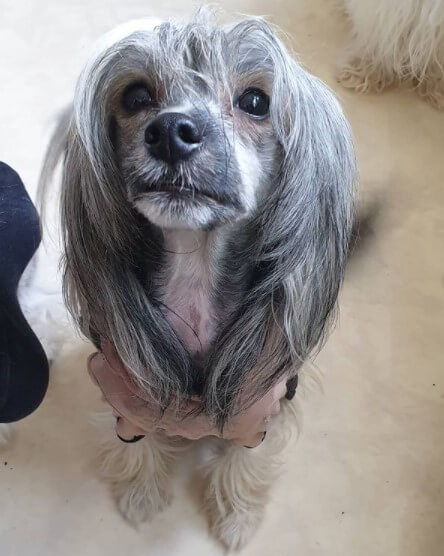 The first and only rule: no unauthorized delicacies from your own table. Chinese Crested Dogs are very sensitive to digestion and are allergic to a whole bunch of foods, so any attempt to modify the pet’s menu invariably ends with a trip to the vet. To understand that you made a mistake and fed your pet the wrong thing, you can by the condition of his skin and coat. 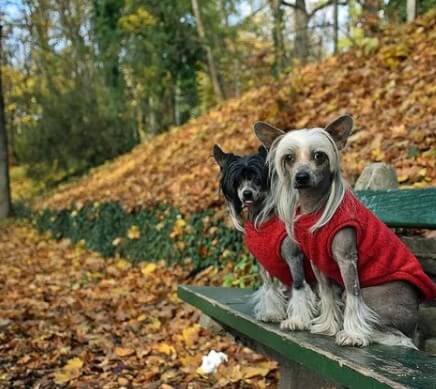 Chinese Crested Dogs are relatively strong dogs, but they also have their own list of genetic ailments. Most often, representatives of this breed can be found:

Of the ailments that are not caused by heredity, food allergies can be noted, provoking skin rashes on naked dogs. 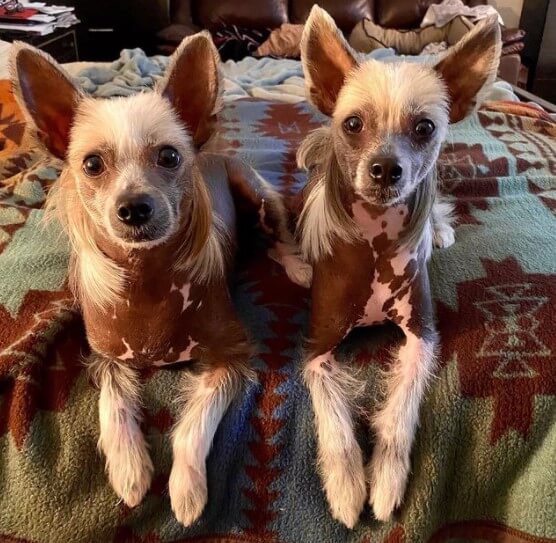 Sales of Chinese Crested puppies begin at the age of one and a half months, but nothing prevents you from visiting the nursery earlier to assess the conditions in which the puppy lives. You should definitely get to know the parents of the future pet or at least one of them. In the end, nobody canceled hereditary diseases.

As for the exterior, it is unstable in Chinese Crested puppies. Animals with black and chocolate coats brighten as they grow older, in many babies the proportions of the head change (the muzzle is lengthened), and the crest in most young individuals are still not very pronounced and looks more like a hat.