Are you interested in a German Shepherd as a Corgi mixed breed?

The German shepherd and the corgi are both very popular dogs, so it’s no wonder this cute crossbreed is so appealing.

But is a Corgi German Shepherd the right dog for your family and lifestyle?

We’ll take a deep dive into the two parent breeds as well as the breed mix so you can decide whether a “Corman Shepherd” will be your new best friend! 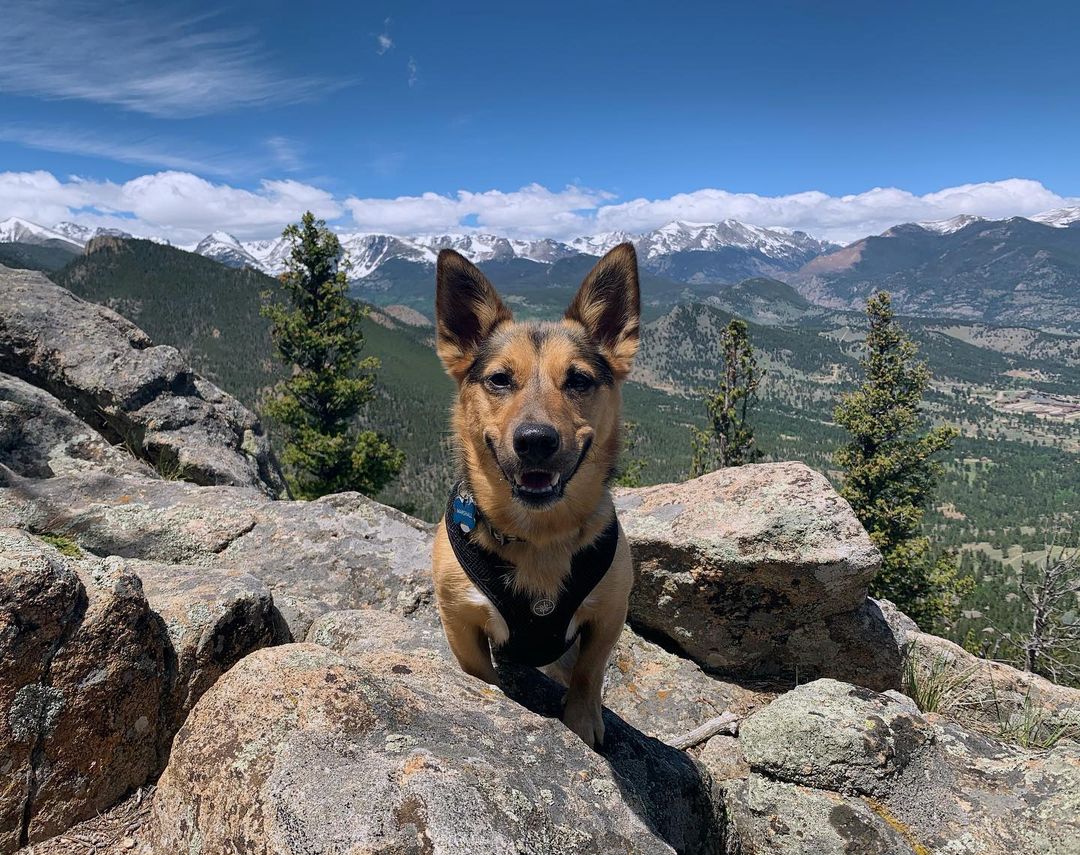 What is a mixed breed dog and how is it different from a purebred dog or a mutt?

A purebred dog comes from parents of the same breed with a known ancestry (or ancestry).

A mutt is descended from two or more breeds of unknown ancestry.

So-called designer mixed-breed dogs, such as the German Shepherd Corgi mix, are born to purebred parents of two different breeds.

Fans of designer mixed breeds say these dogs are healthier than purebred dogs. Is that true?

Some purebred dogs suffer from genetic disorders caused by inbreeding.

Hybrid vitality is a term used to describe the robust health created by the spread of different genetic lines.

A mixed-breed dog’s overall health depends on the health of its parents.

That is why it is important to find a reputable breeder for your German Shepherd Corgi mix.

For example, if your German Shepherd’s parent has hip dysplasia, your dog can inherit this health problem.

A responsible breeder will test both parent breeds for genetic diseases.

We’ll talk more about this in the section on finding a puppy. But let’s take a look at the German Shepherd Dog, the Corgi, and the Corman Shepherd first. 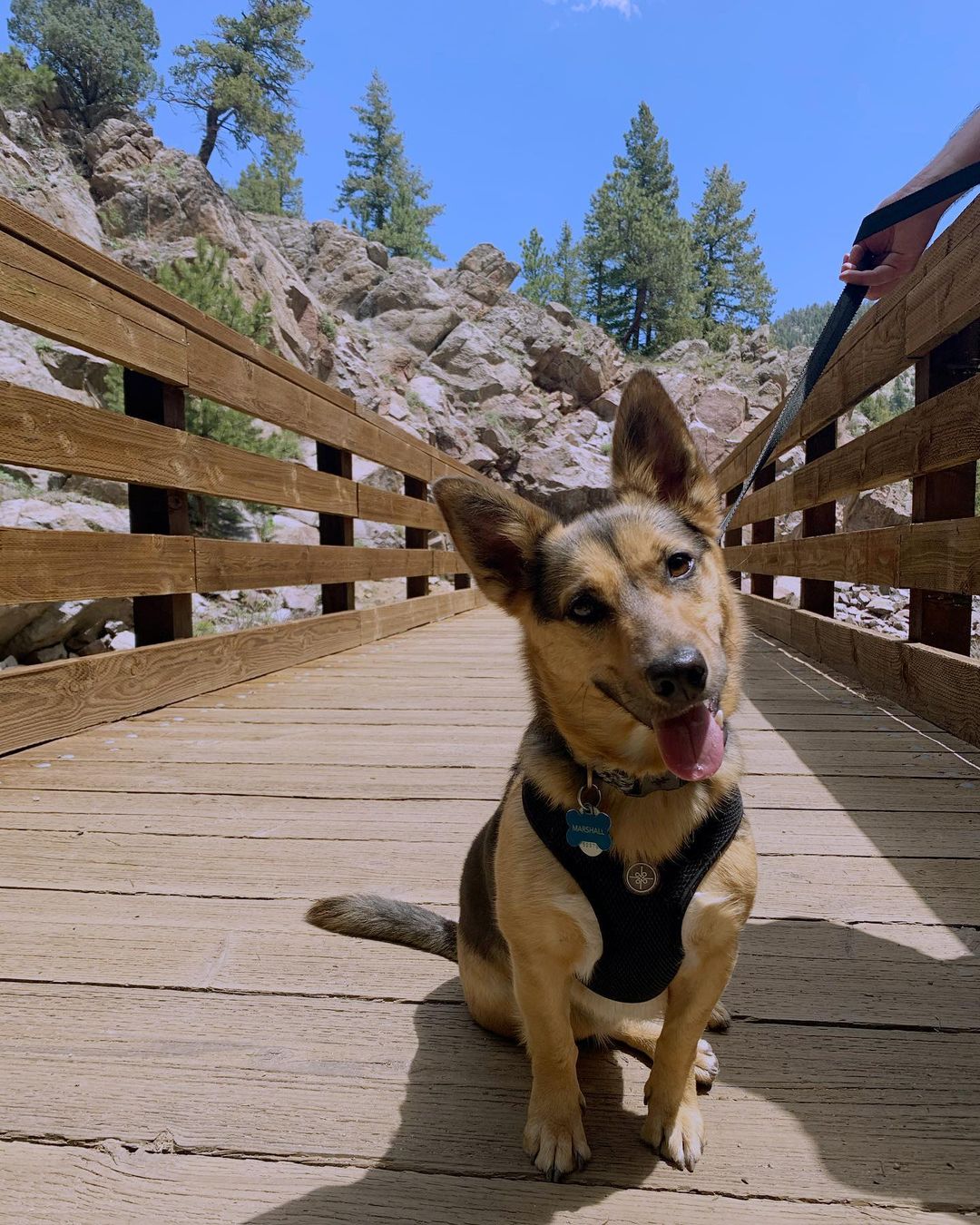 The German Shepherd (also called GSD) is a popular and popular dog breed.

This pretty, noble, and loyal dog began when a breeder named Captain Max von Stephanitz developed the GSD from a mixture of several German herding dogs at the end of the 19th century.

Herding dogs like the German Shepherd Dog are famous for their work ethic, intelligence, and ability to train. Today’s GSD is more likely to be a family pet or a military or a K-9 police force than a shepherd who mixes that intelligence with steadfast courage.

There are two different breeds of corgi: the Pembroke Welsh Corgi and the Cardigan Welsh Corgi.

We’re going to focus on the more popular Pembroke because this is the Corgi most commonly used in the German Shepherd Corgi mix.

As the name suggests, the Pembroke Welsh Corgi breed originated in Wales.

It descends from short-legged herding dogs that were brought to Wales by Flemish weavers in the 11th century.

The cute and beloved corgi is known as Queen Elizabeth’s favorite breed, but you don’t have to be a king to appreciate the corgi’s happy and loving personality.

What about the German Shepherd Corgi mix? Does the Corman combine the best of both breeds?

With those chunky Corgi legs and GSD markings, the Corman Shepherd is definitely a cute pup.

While there have been random pairings between GSDs and Corgis over the years, the planned breeding of the two to create a designer cross is a relatively recent development.

Designer mixed breeds like the German Shepherd Corgi Mix have become popular over the past few decades. The goal is to create a dog that is an attractive combination of the appearance and temperament of both breeds.

Let us begin with the physical appearance of the Corman Shepherd. 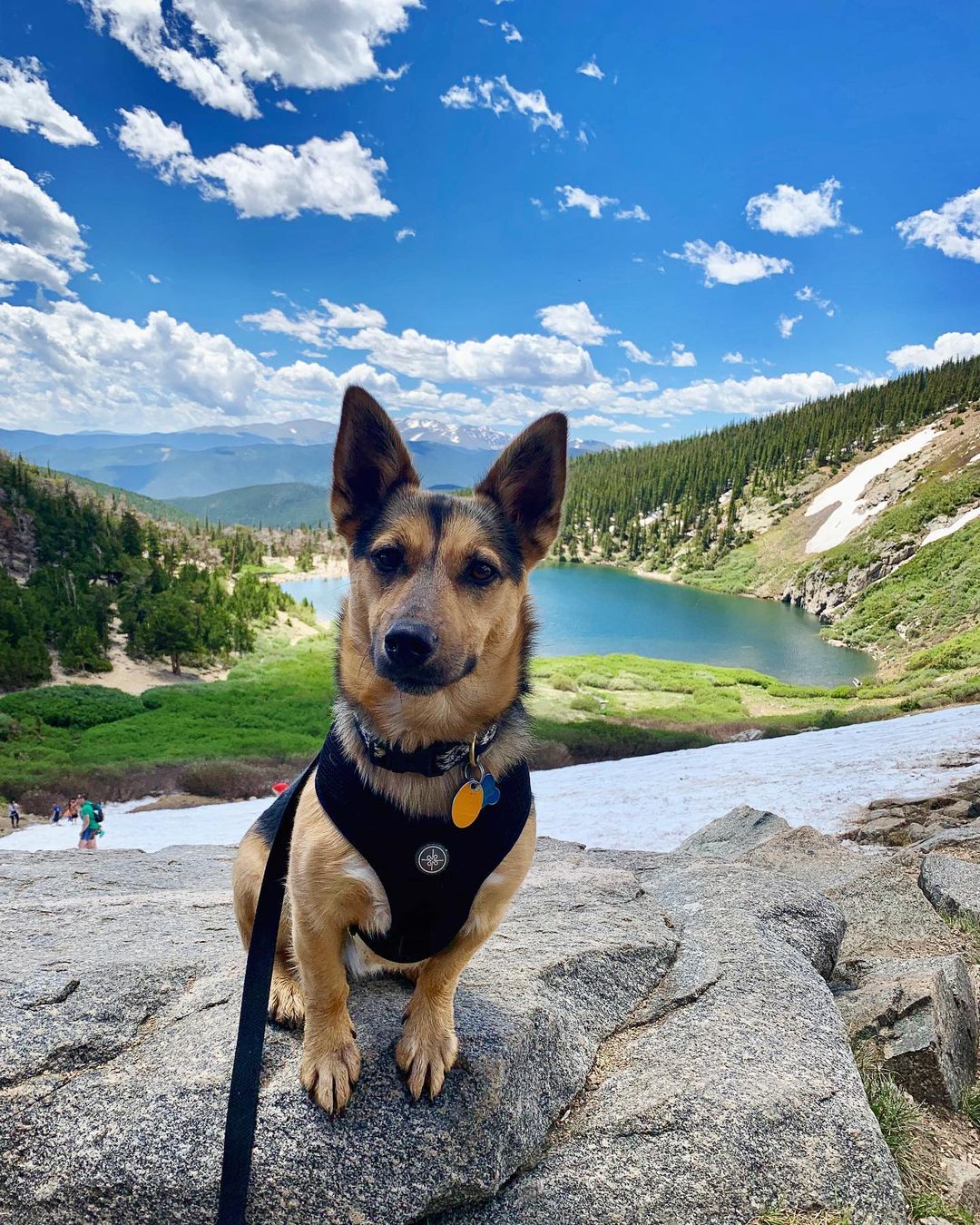 The German Shepherd is a tall, athletic dog with an alert, strong, and confident demeanor.

The breed standard allows any coat color except white, although most people associate the GSD with these distinctive black and tan markings.

The GSD has a dense double layer that needs to be brushed regularly, especially during the shedding season.

The Pembroke Welsh Corgi is much smaller than the German Shepherd Dog. There is little difference in size between men and women. Both should look strong and sturdy, with an alert and intelligent expression.

The fur comes in shades of red, sable, deer, black, and tan – with or without white markings on areas such as the face, chest, and legs.

The corgi has a thick double coat that tends to shed all year round, especially in the warm months. Regular grooming is a must, and daily grooming may be required to keep dandruff under control.

What does the German Shepherd Corgi mix look like? As with all mixed breeds, it is important to know that your dog can inherit the traits of any of the parent breeds in any combination.

In general, Corman Shepherds are relatively short, with a shoulder height of 12 to 15 inches. The weight range is wide, typically between 25 and 65 pounds.

Like your two parent breeds, expect your Corman to have a dense double layer that sheds quite a bit and needs regular brushing.

Colors and markings can be inherited from either parent and are usually a combination of brown, black, and white.

The shape of the head, ears, and face may favor the shepherd or the corgi. The overall expression should be alert and intelligent. 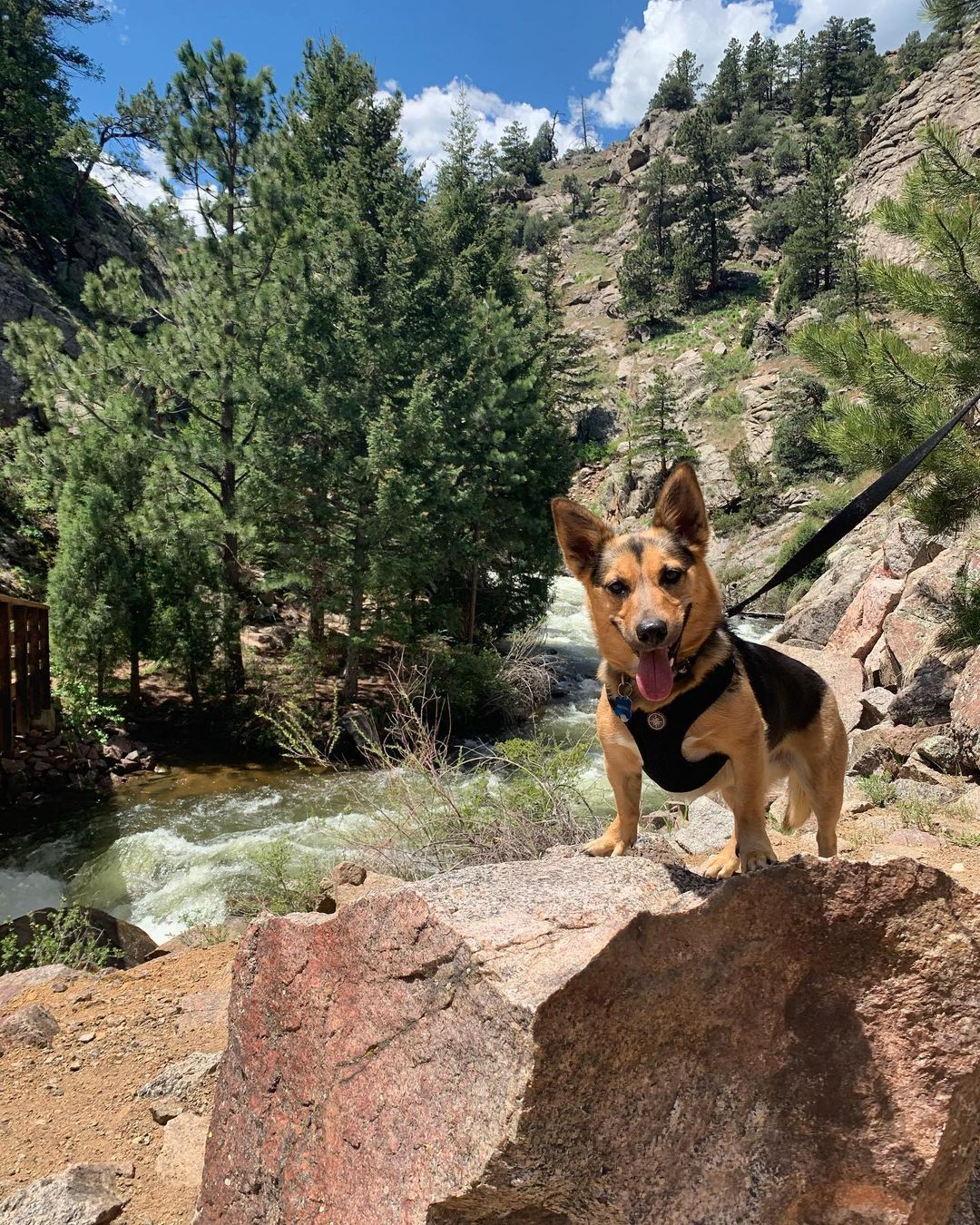 That careful and intelligent look is a good indicator of your Corman Shepherd’s personality.

The German Shepherd is famously loyal, intelligent, brave, and alert. The Pembroke Welsh Corgi has a charming personality – friendly, open-minded, and playful.

Expect your German Shepherd Corgi mix to be intelligent, lively, and devoted. Your dog may have personality traits that one parent breed prefers over the other.

The best way to ensure your German Shepherd Corgi will become the type of adult dog you want is through proper training and socialization.

Hat breeds like the GSD and the Corgi are intelligent and very trainable. Start training and socializing your dog from puppy age. If you are a newbie with a dog, consider enrolling in obedience classes.

The Corman Shepherd is an active and energetic dog, which is why daily training and play sessions are a must.

Experts recommend at least two long walks a day and plenty of opportunities for stimulating activities like pick-up games and trips to the dog park. 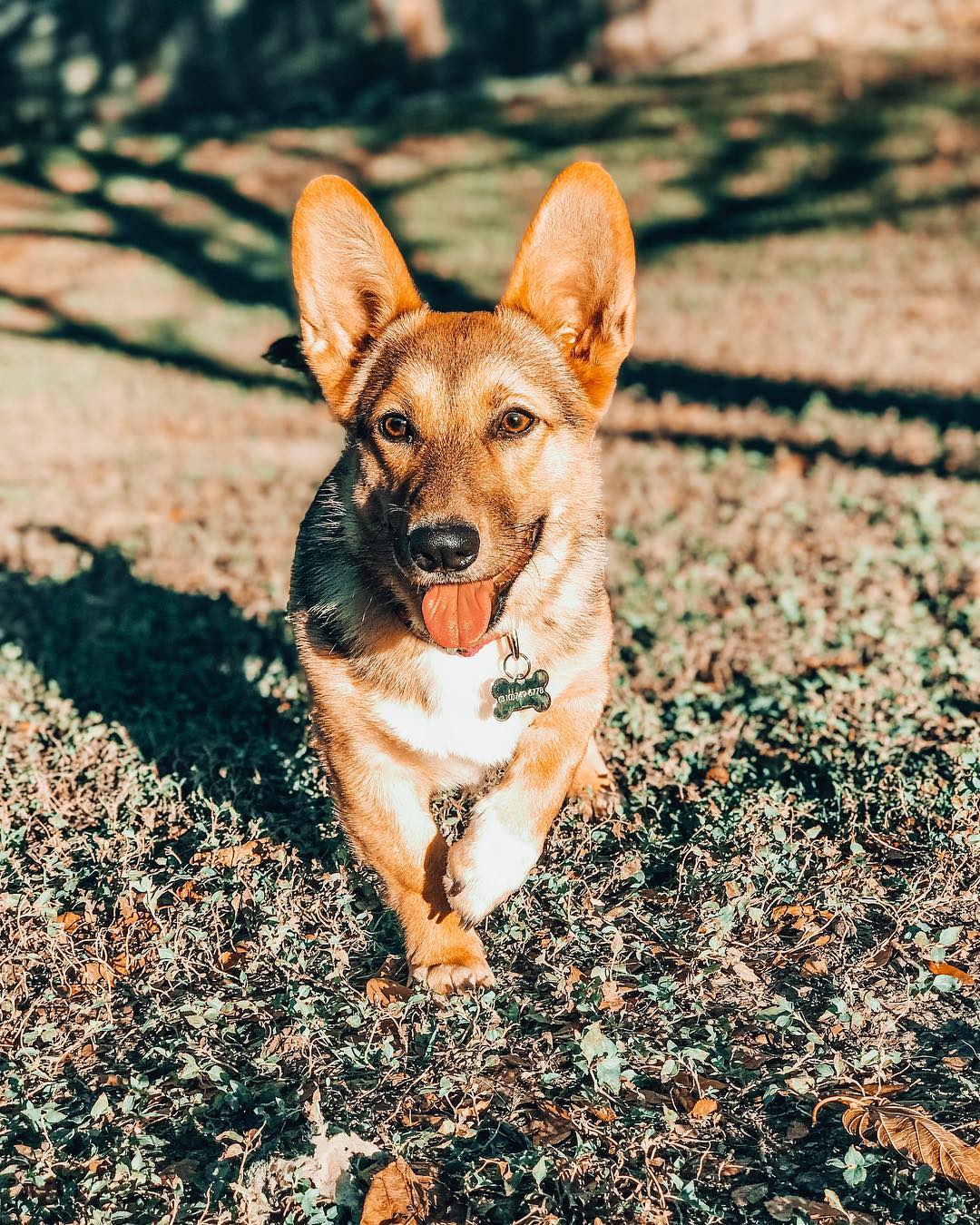 As mentioned earlier, purebred dogs can be prone to certain genetic disorders, and the corgi and German shepherd are no exception.

What are the health issues of parent breeds and will your Corman Shepherd inherit them? Let’s take a look.

As a large breed dog, the German Shepherd Dog can be prone to certain health conditions that are common in many large dogs, such as B. in hip and elbow dysplasia, osteoarthritis, and flatulence.

Researchers have also identified several genetic disorders that are common in GSD.

These include pituitary short stature (stunted growth), degenerative myelopathy (a neurodegenerative disease that can lead to paralysis), congenital megaesophagus (enlargement of the esophagus that leads to regurgitation and malnutrition), and pancreatic atrophy (an autoimmune disease that causes digestion) ).

Responsible GSD breeders will screen for many genetic disorders, including degenerative myelopathy and hip and elbow dysplasia.

The Pembroke Welsh Corgi is a true dwarf breed. Dwarfism (chondrodysplasia) in dogs can lead to certain health problems, particularly in the limbs and spine. Disc disease is a painful back problem that is common in short-legged dogs such as the corgi and dachshund.

The Corgi also shares some of the same health problems as the German Shepherd, including dysplasia of the hip and elbow and degenerative myelopathy.

The corgi may also have von Willebrand disease, an inherited bleeding disorder caused by a lack of a blood-clotting protein called the Willebrand factor.

Corgis are also prone to certain eye diseases, including cataracts, persistent pupillary membrane (remnants of a fetal membrane over the eye), and progressive retinal atrophy (a degenerative disease of the retina).

As with the German Shepherd, renowned corgi breeders test their dogs for many genetic diseases.

Now that we’ve looked at the parent breeds, what about the German Shepherd Corgi mix?

The GSD and the Corgi share some of the same health issues, particularly hip and elbow dysplasia and degenerative myelopathy.

Your Corgi x German Shepherd can inherit these (and other) health problems from either or both parent breeds.

The Corman’s dwarfism can also cause back problems in your Corman shepherd.

How can you make sure your dog is healthy? Here are some tips on how to choose a healthy Corman Shepherd puppy from a breeder. 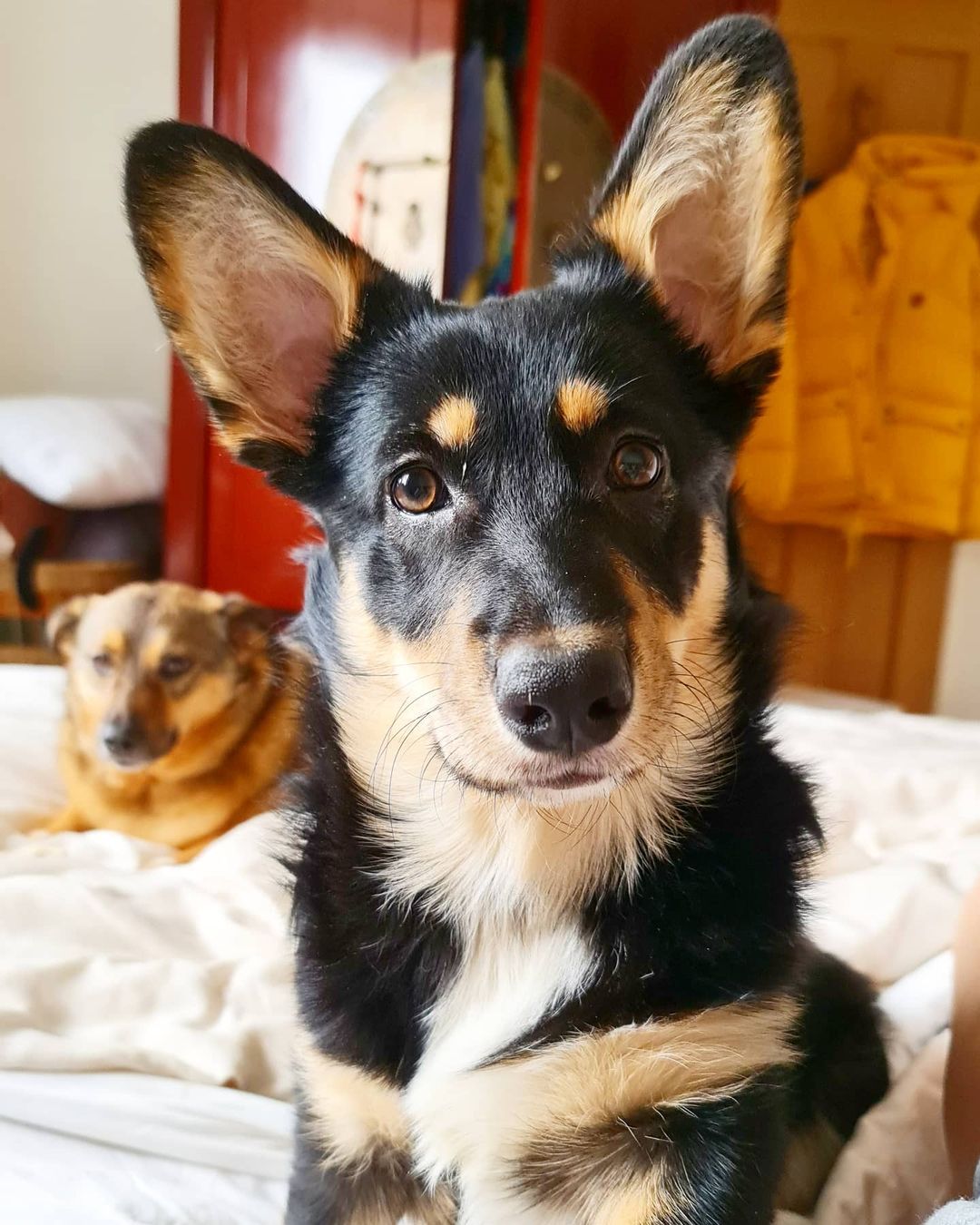 How can you tell if your German Shepherd Corgi mix breeder is reputable?

Do not buy your puppy from a pet store or online advertising.

Puppies acquired from these sources may come from large-scale breeding farms known as puppy mills.

Puppy mills often specialize in trendy mixed-breed dogs, and health may be less of a priority than profit for them.

Choose a local, small-scale breeder to greet visitors to their home and kennel.

You should be able to observe the living conditions and meet your pup’s parents and littermates.

Most importantly, your breeder must test their breeding herd for genetic health conditions and share any test results with customers.

Several genetic tests are available for both parent breeds for the German Shepherd Corgi mix.

The Orthopedic Foundation for Animals certifies and classifies veterinary x-rays for hip and elbow dysplasia in dogs. They also certify veterinary eye exams and keep a registry for many common eye diseases.

Genetic tests for other conditions, including degenerative myelopathy and von Willebrand disease, are also available.
Your puppy’s breeder should test for hereditary health conditions and not breed the affected animals. Make sure that not only are you asked for the health test results but also double-check all contracts and the refund/return policy before signing. 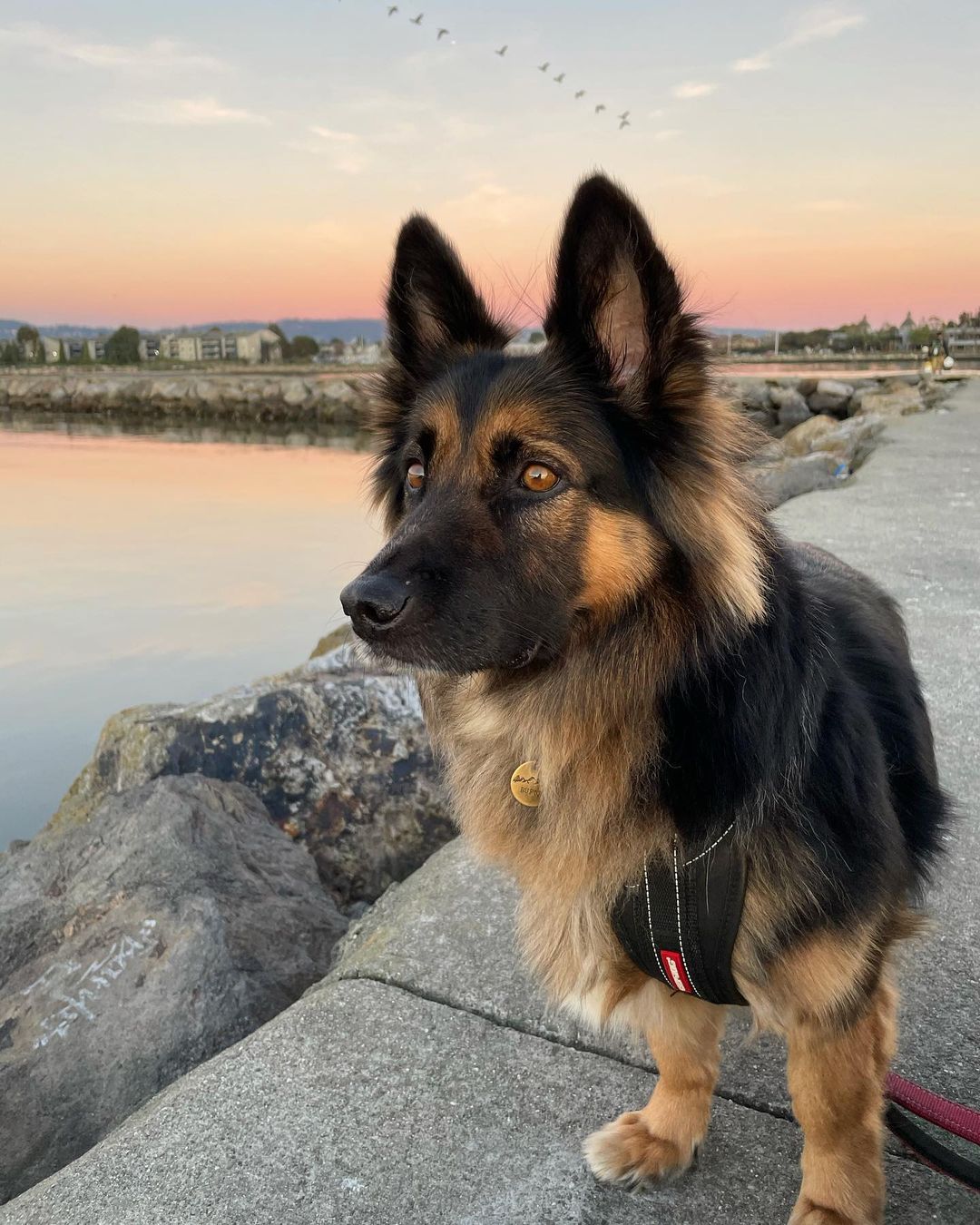 Can you find a Corman sheepdog in a shelter or rescue organization? It is possible to adopt a German Shepherd Corgi mix, especially if you are interested in an adult dog.

Contact breed-specific rescue groups for the German Shepherd and Pembroke Welsh Corgi and let them know that you are interested in a mixed breed dog.

You can also find mixed breed dogs in animal shelters by doing a targeted search on pet search websites like Petfinder.

Keep in mind that in some cases, dogs who are in shelters can have behavior problems. Ask the shelter if they do temper tests and if the dog requires special training or socialization.

Is a German Shepherd Corgi Mix the Right Dog for Me? 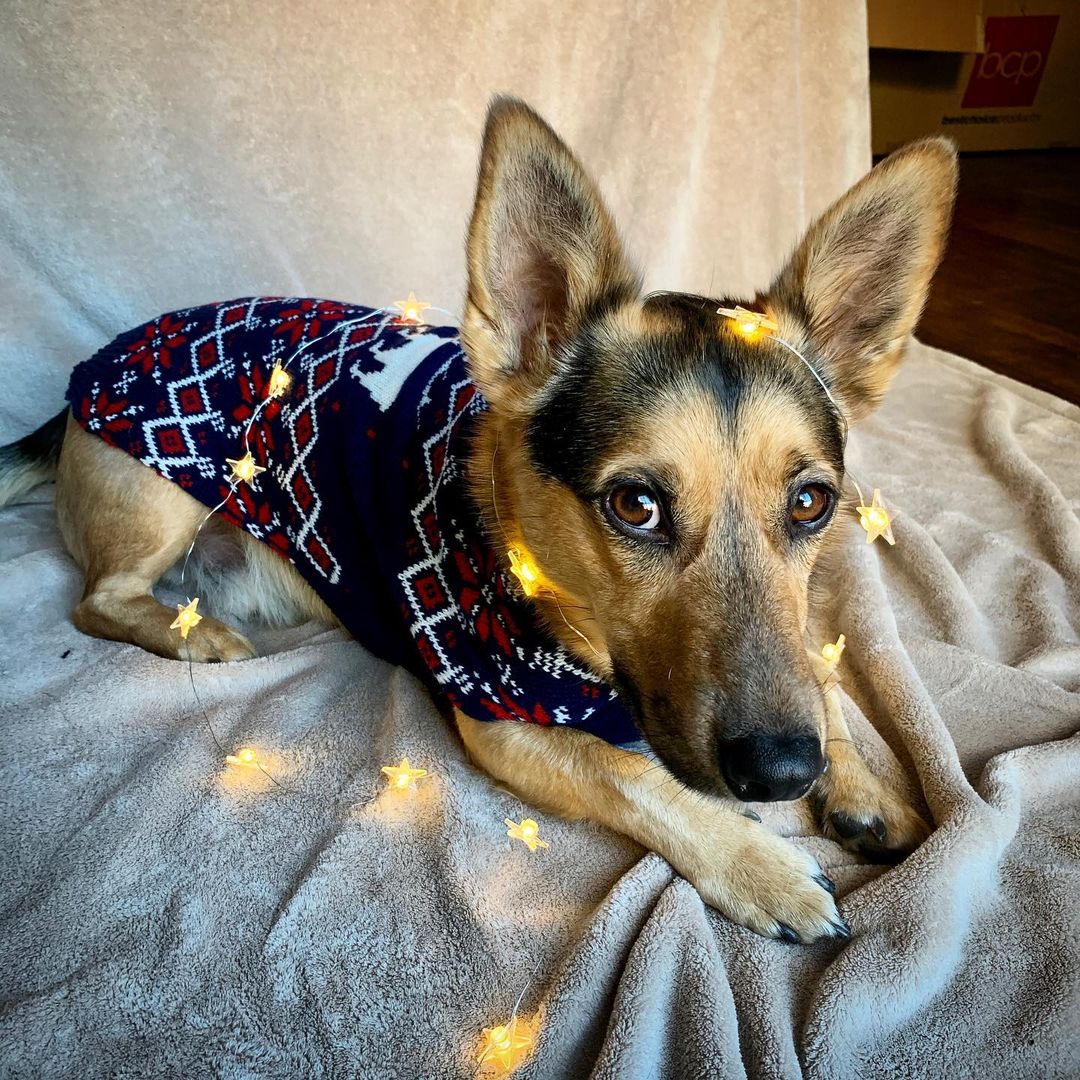 You fell in love with the cute looks of the Corman Shepherd, but is this puppy the perfect dog for you?

Keep in mind that your pup can grow up to look and act like one breed more than the other. Hence, it is important that you are open to an unpredictable outcome.

The Corman Sheepdog is a medium-sized dog that is groomed on a regular basis. The Corman is not as big as a thoroughbred GSD, but it still needs a lot of freedom of movement.

The vibrant and intelligent personality of this mixed breed makes it a great choice for families with children as well as active adults.

Offer your dog good training and socialization from puppy age. Keep your puppy active and stimulated through regular play and exercise sessions.

Do you already have a German Shepherd Corgi mix? We’d love to hear about your dog in the comments below.