Agility is a popular dog sport that is becoming more and more popular among pet owners. And rightly so, because it offers the dog a good balance, which is particularly important for city dogs with working owners. But before you register your dog for agility, you should find out whether agility is good for your dog. In fact, incorrectly performed agility training can lead to psychological and physical problems, for example in easily excitable or handicapped dogs. So read on here and find out about the pros and cons of canine agility! 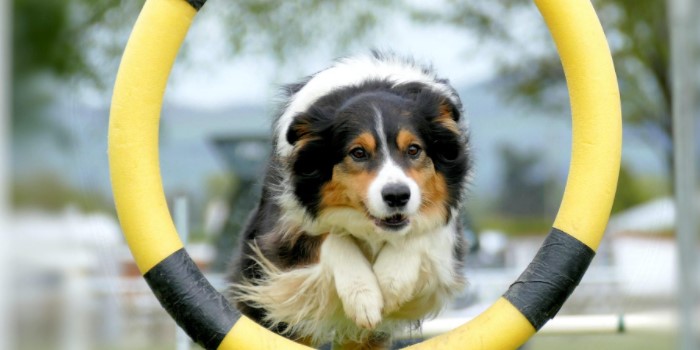 Contents hide
1 Agility: much more than just any dog ​​training
2 Before you start: this must be fulfilled for canine agility
3 Agility: a dog sport with pros and cons
4 Here are the advantages of agility at a glance:
5 You can do this too: agility exercises to do at home

Agility: much more than just any dog ​​training

Agility is a dog sport that first originated at dog shows in England in the 1980s. An independent discipline of dog sport has long since developed from this, in which even world championships are held. The English word agility stands for dexterity and agility, which describes the core of this dog sport well because it is about the dexterity, speed, and coordination of the dog.

In agility training, the dog has to overcome a course according to certain rules. The dog and its human have to work closely together. You tell the dog where to go with commands, encouragement, and gestures.

The aim of agility training is to get the dog through a course of hurdles, slalom, tunnel, steep wall, wall, suspension bridges, tire jumping, and much more as quickly as possible and without making any mistakes. In the end, there is a reward waiting for him and in tournaments may be a trophy or a medal. For many agility dogs, successfully hurdling and being cheered on by humans is reward enough.

Dogs need fitness for the mind and body. With agility, you promote not only your dog’s fitness but also your own and the joint training strengthens the bond with your darling!

Before you start: this must be fulfilled for canine agility

Many dog ​​owners think that a dog sport that offers their dogs lots of exercise, exciting tasks, coordination exercises, and endurance training is a particularly “healthy” activity. But this is not the case for all dogs. As already described, agility means a lot of training for dogs, which demands a lot from them right from the start. Therefore, your dog must meet some important basic requirements before he can practice agility.

Requirements of the dog:

Agility: a dog sport with pros and cons

Only when your dog already knows all the important commands such as “Sit!”, “Stay!” and “Hop!”, and is healthy, active, and curious enough, then it’s time to get into dog agility! Because agility means shared fun, time, and creative work for dogs and humans.

It is advisable to first get to know dog agility in courses at a dog school. There, as a beginner, you will learn how to motivate your dog properly and structure the training in a manner appropriate to the species.

Here are the advantages of agility at a glance:

It is advisable to first get to know dog agility in courses at a dog school. There, as a beginner, you will learn how to motivate your dog properly and structure the training in a manner appropriate to the species.

Don’t lose sight of the cons either:

Renowned dog trainers such as Turid Rugaas warn against improper and excessive agility training. Above all, the constant cheering and goading of the dog lead to the permanent release of stress hormones, which are harmful to the dog’s organism in the long term. Great caution is also required with dogs that quickly “overreact”, are nervous, and show extreme willingness to fixate. This includes in particular Border Collies. In these cases, agility is a dog sport that should only be practiced with caution.

You can do this too: agility exercises to do at home 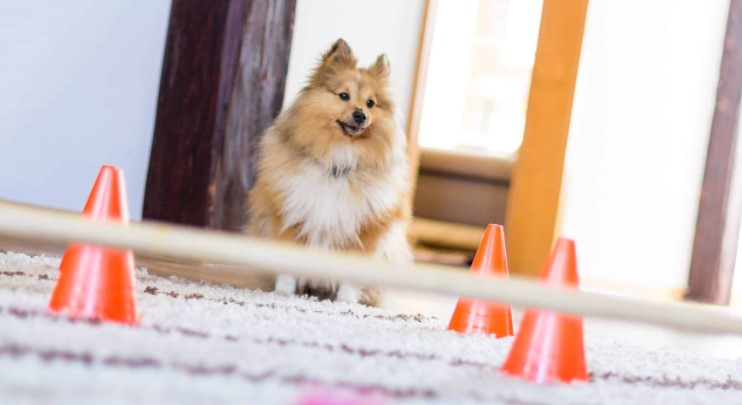 Nobody likes to go outside when the weather is bad, but you can do agility exercises at home with little effort and for free.

This time there are easy exercises for the trend dog sport! With these tips, any dog ​​can have fun, and you can too!

Agility exercises to do at home

This balancing exercise is also quick to do:

Tip:  Practice agility on a dog walk! For example, as a balancing act over a thick branch or jumping over large stones in the stream.