The Duck Tolling Retriever is a hunting dog breed, one of the rarest among retrievers. Bred in Canada, another name is Toller. They are considered the smallest of the relatives, but the quality does not prevent the dog from remaining powerful, strong, and agile. This is a fast and agile hunter, ready to please the owner.

The Retriever is endowed with the qualities of a companion, capable of becoming a full-fledged member of the family. These creatures are madly in love with communicating and playing with people. They treat children adequately, get along well with them. 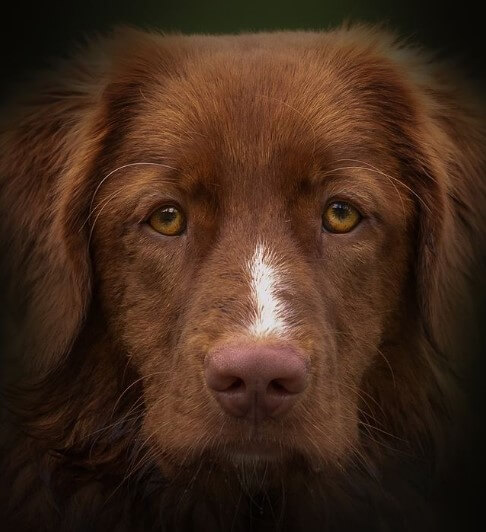 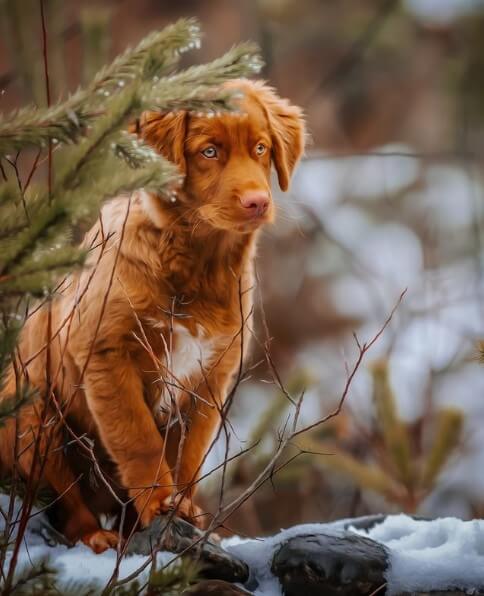 It is not known exactly for what purpose the breed was bred, according to a likely version – for catching ducks. Indeed, Duck Tolling Retriever dogs are great hunters. Thanks to their excellent musculature, they quickly gain speed. It is believed that dogs were brought to the American continent from Europe, where dogs were famous for their ability to lure waterfowl.

The Irish Setter, English Spaniel, Golden Retriever, Sheltie, and other European breeds of hunting dogs contributed to the origin of the breed. The result was excellent: a small, fox-sized, fire dog became a real duck dog, the pride of Yarmouth County, in Nova Scotia (Canada). The breed turned out to be so popular and appreciated that at one point they even imposed a restriction on the export of dogs outside Canada. The Canadian Kennel Club recognized the breed in 1945, the International Cynological Federation – in 1995 (for the 50th anniversary).

In Europe, dogs appeared only in the late eighties. Thanks to their unique abilities, they quickly became popular. Dogs are widespread in the Scandinavian countries.

The American Kennel Club recognized the breed relatively recently, in 2003, which did not prevent the dog from gaining popularity in the UK and Scandinavia. In Canada, the breed is loved extremely. 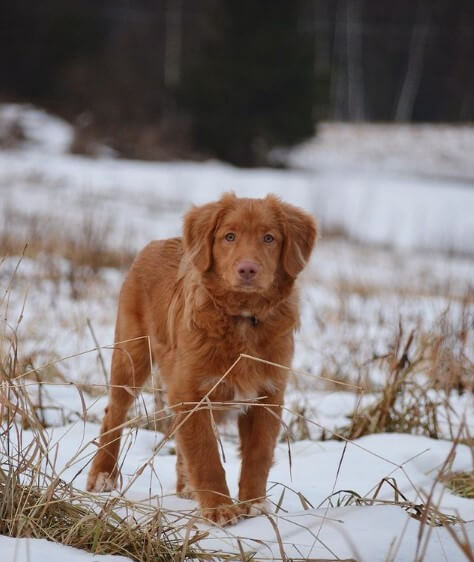 The dog is medium in size, not tall, and strong. The skull is broad, slightly rounded, with a conical, not too long muzzle and a flat black or brown nose. The eyes are medium in size, oval in shape, light. The ears are triangular with rounded tips, of medium size and drooping. The tail is long and fluffy. The color can take on various shades of brown or orange. 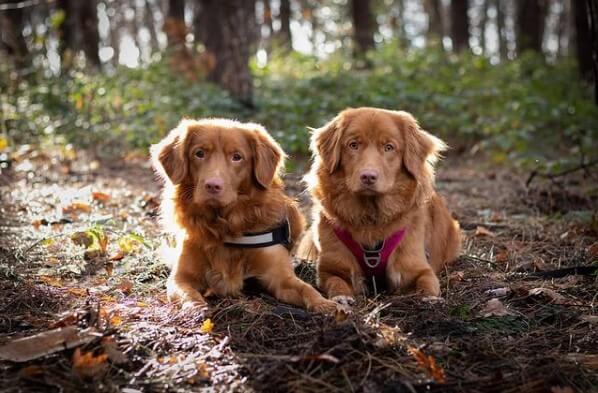 Toller is an amazing dog that exhibits a unique ability to lure and carry waterfowl. The pet playfully lures the ducks to the distance of the shot, the ducks are attracted by the play of the dog on the coastline, the birds lose their vigilance. After a successful shot of the hunter, Tollers bring dead birds and wounded animals. That is why the name “fiery, enticing dogs” was earned. With their waterproof coats, Nova Scotia Retrievers are not afraid of even icy water.

Toller’s protective instinct is considered a useful quality. The dog is distrustful of strangers. For a long time, he communicates with strangers coolly without familiarity. When the Scottish Retriever realizes that there is no danger or threat, he will allow him to pat his ears, even play.

Despite the mild disposition, they are able to show aggression towards drunk people or strangers. This happens very rarely. In general, the animal is extremely difficult to unbalance. Dogs are distinguished by an excellent sense of smell and endurance. Despite the positive characteristics of the breed, the dog was recognized only in 2003.

Duck Tolling Retriever puppies are playful, capable of ruining everything that comes their way. Cynologists claim that dogs display a primitive level of intelligence, and it will take a lot of time to explain mistakes and educate. This dog is capable of becoming noisy; in a good mood, they like to bark for no reason. This is typical for a situation when a pet calls on household members to play together.

The Duck Tolling Retriever breed needs constant attention from people. Loneliness causes deep anguish in animals, pets follow the owner everywhere. The dog will never touch the baby. Children can pull on the ears of a patient dog, not expecting teeth bared in response. 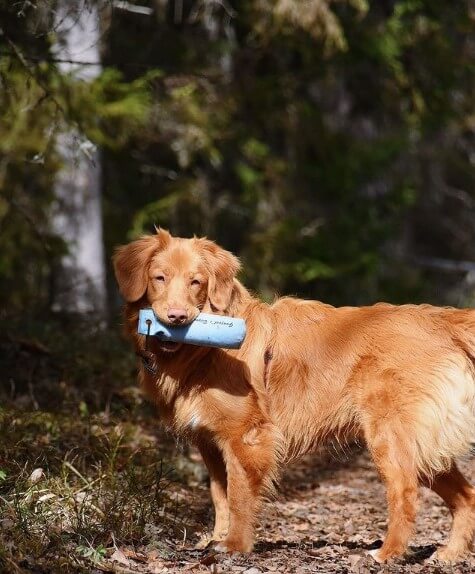 Scottish Retriever training begins at 6 months. Animals are not the most quick-witted, but kindness and affection are enough for the whole family. Training will bring a lot of pleasure to the owner and the newly-made family member. He will be able to execute simple and complex commands, you just need to make an effort and be patient. 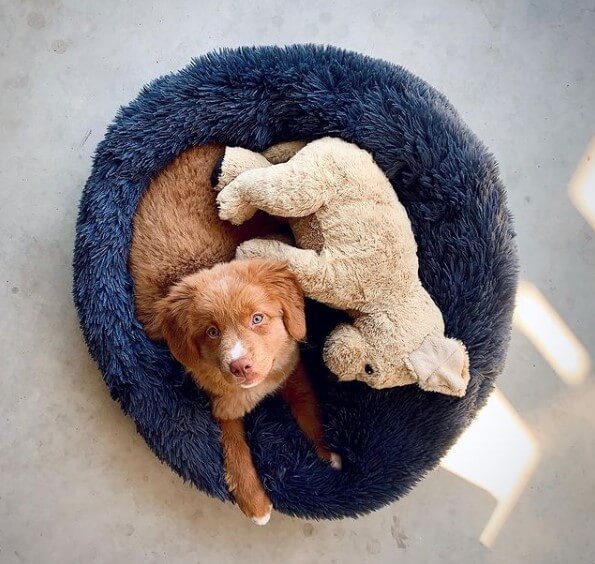 Taking proper care of your Nova Scotia Retriever will ensure that there is no constant shedding or other unpleasant moments. There are no special nuances in care, you just need to pay attention to the aspects: 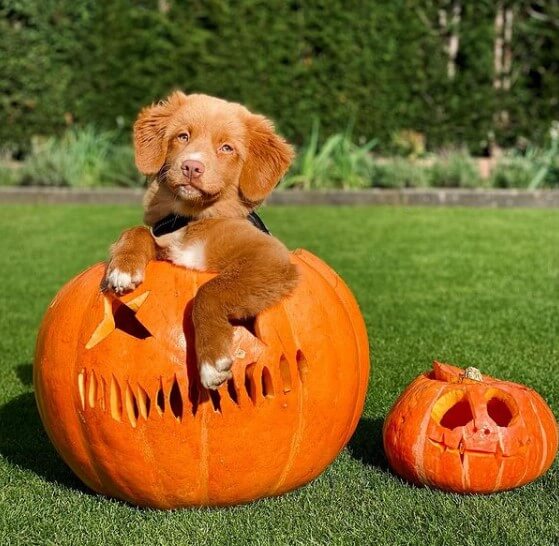 It is better to feed the Duck Tolling Retriever with natural food, it is acceptable to give dry food. The dog is not allergic. A balanced, fortified diet is encouraged. How to feed a Nova Scotia Retriever is easy to find out from a veterinarian or seller.

Retrievers drink a lot, make sure there is fresh water in the bowl. Up to two months, puppies eat only mother’s milk. Then porridge is gradually introduced into the diet, with the addition of meat. The amount of meat is increased gradually so that the puppy’s body gets used to it smoothly. By the age of six months, the baby eats everything that the owners eat. The main thing is to control the portion size, dogs tend to overeat. 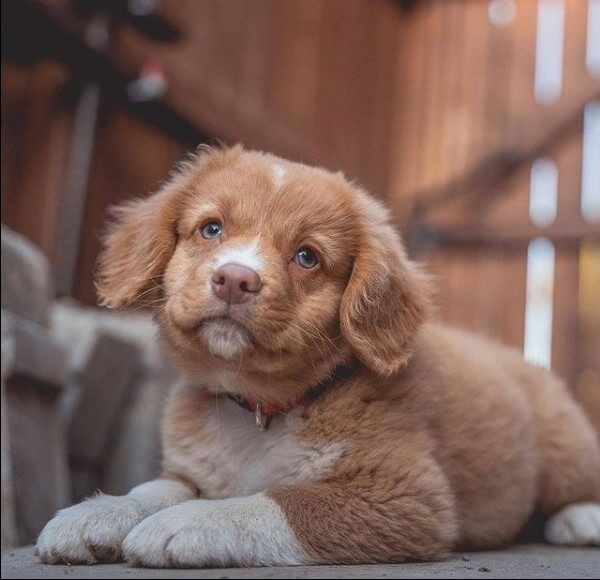