The Jack Russell Terrier was previously famous for its working qualities as a burrowing dog, but few modern breeders systematically develop the hunting instincts inherent in the genes of these playful babies. In the twentieth century, they turned into loyal and funny companions, real favorites of families who are used to spending their leisure time actively. 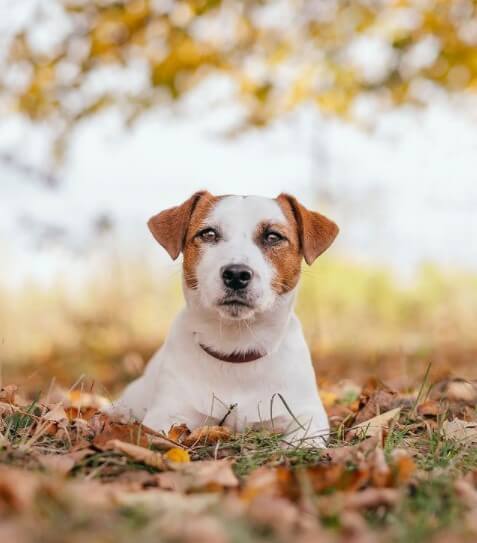 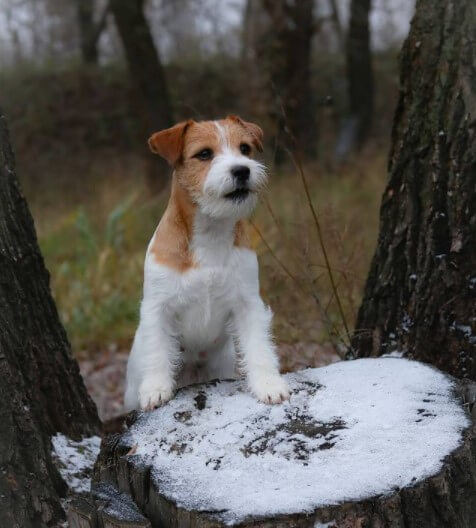 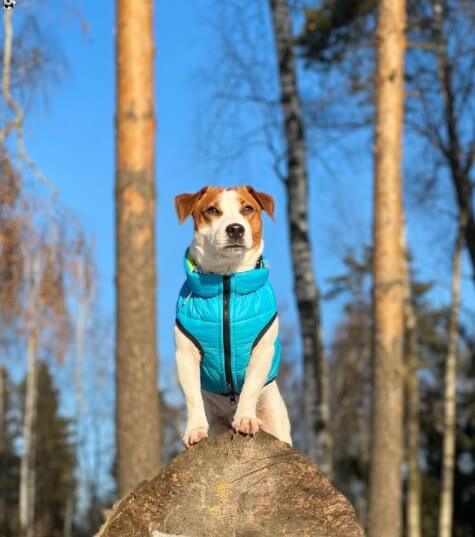 To this end, the original Parson Russell Terriers were crossed with Dachshunds and Welsh Corgis, resulting in a small, compact dog with a tougher temperament to its prey. A distinctive feature was the size of the new dog – it was noticeably shorter than its predecessor, the Parson Russell Terrier, about 10 centimeters at the withers, due to the shorter legs.

Everything changed when the number of these new “possible” dogs began to grow rapidly, due to gaining great popularity not only among hunters but also among ordinary people. After all, Jack Russell Terrier is just a charming dog. For example, if you saw the well-known movie “The Mask” with Jim Carrey, you understand what it is about because the main character had just such a dog. 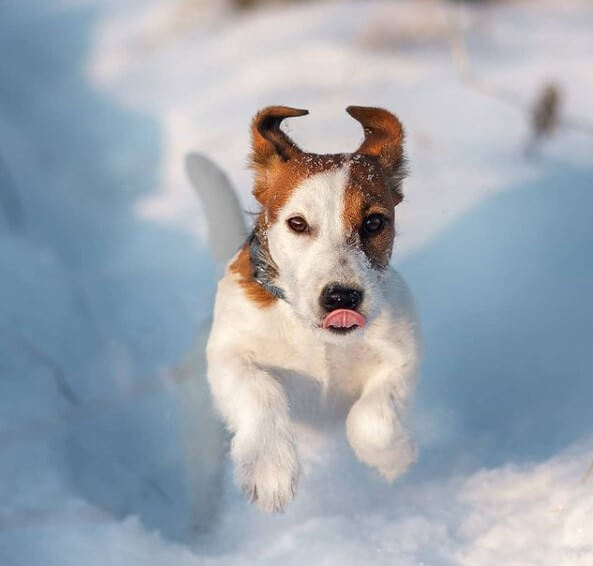 Like many other members of the terrier group, Jack Russell Terriers were bred to participate in the hunt for the medium-sized game that lives in burrows. Of course, Terriers do not have enough speed and power to track and chase, but the persistent and compact Jack Russells have no equal in penetrating the underground shelter and in the fight to force the “fugitive” to leave it.

The Jack Russell Terriers received their fame as excellent burrowing dogs not for their ferocity, but for their sonorous voice and high intelligence. They not only understood the strategy of hunters in a given situation, focusing on various horn signals but also made their own decisions that helped to save energy without sacrificing efficiency.

Since its inception, “Jackie” has been an integral part of rural UK life. However, since 2002 in Scotland, and since 2005 in England and Wales, fox hunting has been officially banned, although for many it was part of the country’s cultural heritage. Badgers are also protected by conservation organizations today. In the south of Spain, there is still a hunting area where it is possible to chase games on horseback, but in most European countries the tradition goes down in history due to the lack of uninhabited territories with a suitable landscape.

But innate instincts cannot be canceled as easily as centuries-old rituals, so the four-legged “townspeople” do not miss the opportunity to chase a cat that turns up or dig an impressive hole in the roots of trees from a nearby park. 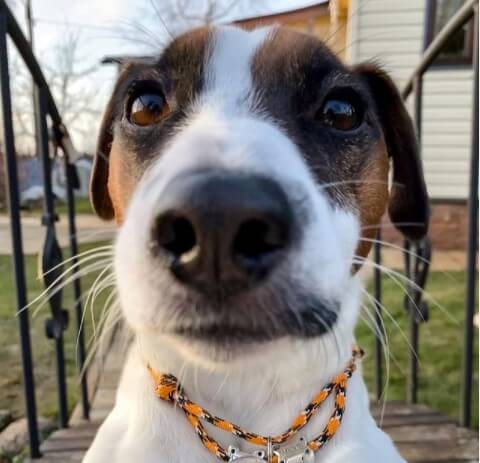 The Jack Russell Terrier is a small but sturdily built dog. Height at the withers is 25-30 cm. Strict weight standards are not fixed, however, experts note that the Jack Russell Terrier looks harmoniously, which has 1 kg of weight for every 5 cm of height, that is, the desired weight of an adult representative of this breed is 5-6 kg. 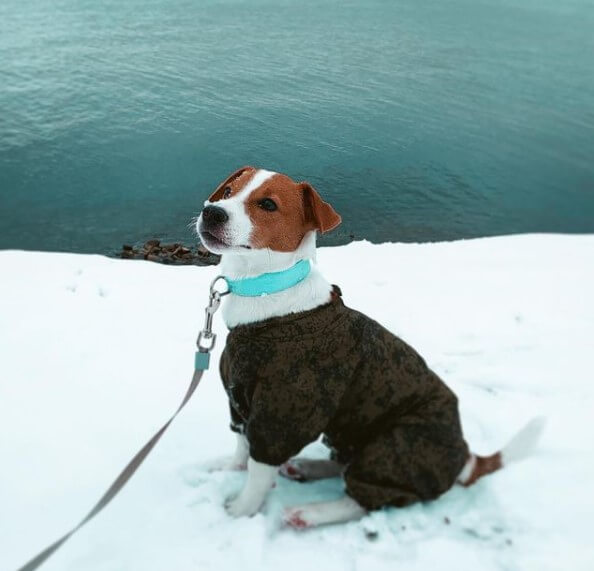 The coat of Jack Russell Terriers can be of three types: hard, smooth, or with a break. Should protect well from bad weather.

The color is dominated by a white background with dark spots. The color of the spots can range from black and dark brown to reddish. 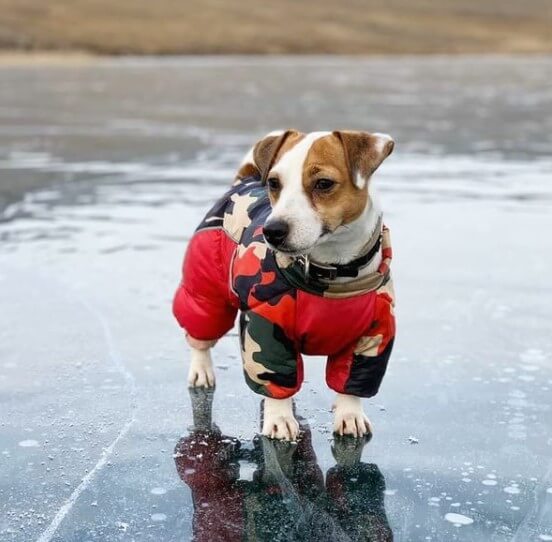 Jack Russell Terrier is a real perpetual motion machine. He is simply physically unable to sit in one place for a long time and get bored while waiting for the game. This dog will attract the attention of the owner in all possible ways. She perfectly knows the rules of conduct in the house and can deliberately violate them in order to cause at least some reaction from the owner, who is too carried away by her favorite TV show or new book.

It is important to remember the high intelligence of the pet. Physical activity must necessarily be accompanied by mental, otherwise, any activity will quickly get bored. Alternate commands and toys, come up with new activities.

In general, the representatives of the breed are distinguished by a cheerful and friendly disposition. Jack Russell Terriers are great for families where the kids are old enough not to treat the pet like a teddy bear. Aggression for no reason can only be shown by dogs, in whose education from early childhood serious mistakes were made.

With other animals in the house, representatives of this breed get along badly because of the hunter’s genes. The neighborhood with rodents is especially undesirable because Jack Russells are famous rat-catchers, but they can also cause trouble for cats. In relations with dogs of their own or another breed (regardless of the size of the enemy), due to their brave and wayward nature, they will always try to dominate, constantly entering into skirmishes. 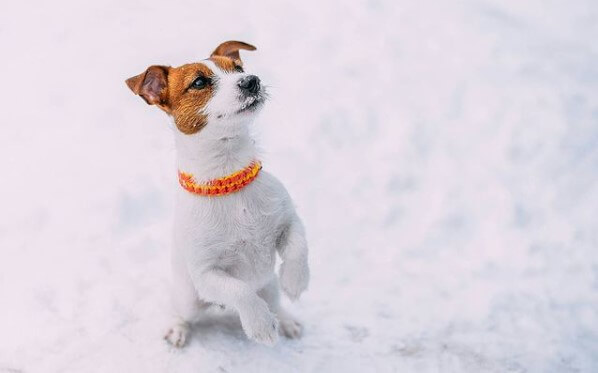 Jack Russell Terriers are best suited for experienced owners as they are naturally cunning, independent, and strive for leadership. If you feel that you are not fully coping with the character of a new family member, seek advice and help from a canine specialist as soon as possible.

Early socialization of the puppy is important so that in the future he can coexist peacefully with household members (including children and the elderly), other pets, and does not show aggression towards guests and bystanders during walks.

The main problems in the behavior of Jack Russell Terriers are considered stubbornness, loud barking, damage to household property, anxiety from loneliness, digging and chasing small animals. All of them lend themselves to correction with due attention from the owner. A dog shows the worst sides of his character only if he does not meet opposition or sees this as the only way to attract the attention of the owner.

The breed lends itself well to training, the main thing in the process is to be patient, not to forget about the reward, and not to raise your voice. Establishing the authority of the owner is extremely important, but it can and should be achieved with calm firmness. The pet should respect and listen to you, not be afraid. 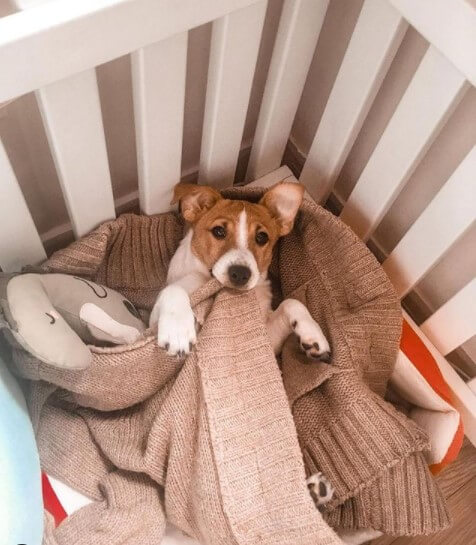 Despite the compact size of Jack Russells, keeping them in a city apartment is fraught with certain difficulties. Dogs are too active to walk for a quarter of an hour in the morning and evening to satisfy their need for exercise. With a lack of training, they will spend excess energy on destructive pranks. As a result, the furniture, appliances, floors, shoes, and clothing of the owners may be damaged. It should be understood that for the Jack Russell Terrier this is not an act of revenge or deliberate sabotage, but simply an attempt to occupy oneself with something in the absence of the owner, therefore, before leaving for several hours, you need to find time for a long and meaningful walk.

From a young age, your pet should know that he has his own territory in the house. Choose a location that is protected from drafts and not too close to heat sources. Purchase a natural mattress that is strong enough to withstand the attacks of powerful teeth. You should keep toys nearby that the Jack Russell Terrier can chew with impunity upon waking up. 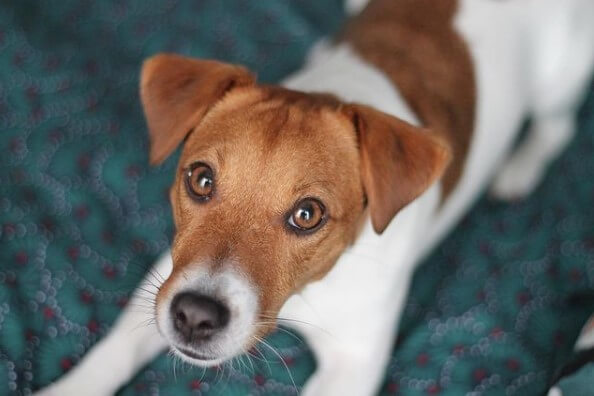 Grooming will not be too much of a hassle, although this breed sheds all year long when kept entirely at home. Only wire-haired Terriers need trimming with the help of special tools, for the rest, regular combing is enough. Frequent bathing is contraindicated as it damages the natural protective layer on the pet’s coat and skin. After walking, it is enough to wipe your paws with a damp towel or animal tissues.

Brush your teeth once or twice a week with a specialized toothpaste. Check and clean your ears twice a month. 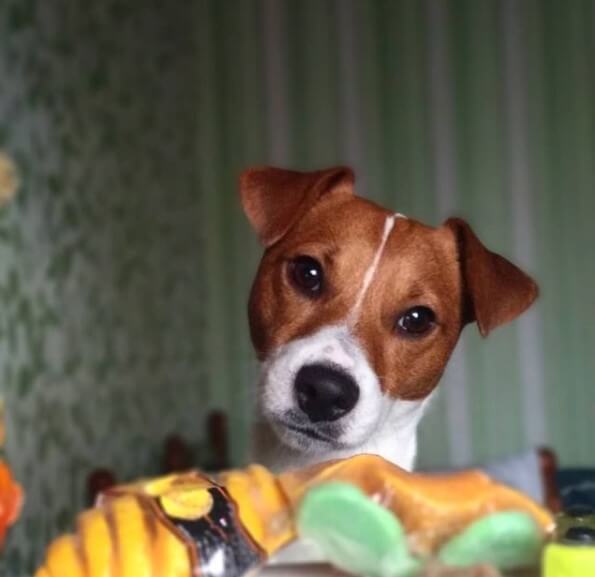 It is necessary to control the diet of the Jack Russell Terrier, as this breed tends to be overweight. Overfeeding dogs is not recommended. Eating irrational, without control will cause health problems. Excess weight negatively affects the functioning of the cardiovascular system.

How to feed Jack Russell? In addition to food, the food of dogs should include raw meat, sea fish, boiled seedless, boiled eggs, not raw vegetables, oatmeal, buckwheat, or any kind of porridge. It is correct to add complexes of vitamins and minerals to the diet. Three-fourths of the serving should be animal food. Dogs should not be given spicy, flour, salty, sweet foods. It is necessary to provide a permanent place for feeding, be sure to leave the water.

Every pet owner should know how many times to feed Jack Russell: adult – twice a day, morning meal and evening meal. Puppies need to feed six times a day, gradually reducing the number of feeds. 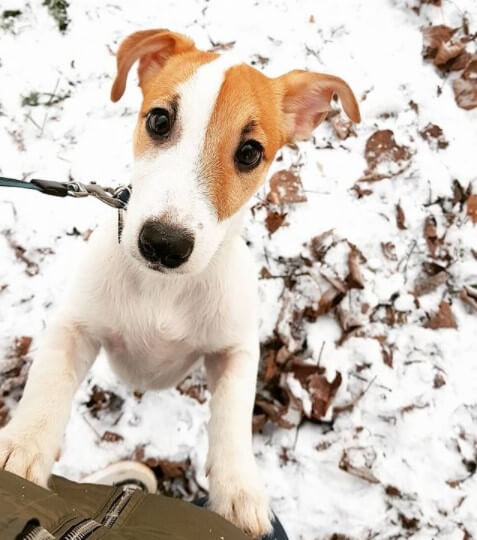 In general, Jack Russell Terriers can be called hardy dogs with good health. But they are also not immune from a number of congenital and acquired diseases:

To ensure your pet’s well-being and improve its quality of life until old age, visit your veterinarian regularly for preventive examinations and follow his recommendations. Do not self-medicate for symptoms of various diseases. 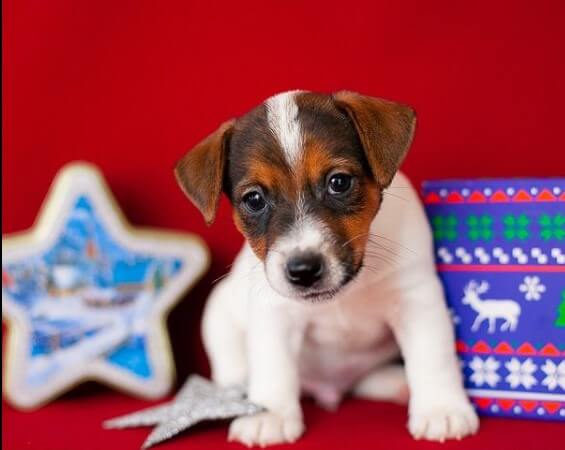 The appearance of the Jack Russell Terriers on the movie screen and in the photo reports of glossy magazines from the life of celebrities did not affect the breed in the best way. A lot of unscrupulous breeders have appeared who seek to make a profit on the sale of popular animals and do not care at all about the gene pool and raising babies.

It is very important to buy puppies only from breeders with an impeccable reputation and in the best kennels. Of course, these Jack Russells will cost more, but in the future, you will not have to deal with uncontrollable dog behavior or spend all your free time in clinics due to hereditary health problems.

When you first meet a Jack Russell Terrier, it is important to pay attention to the behavior of the selected puppy. He should be playful, energetic, and outgoing. Lethargy, apathy, and lack of appetite indicate poor health and aggression or fear of the outside world – about mental instability. Do not disregard the conditions of keeping mothers and babies. Cleanliness, adequate space, and the presence of toys are just as evidence of a responsible breeder as the availability of official documents and routine vaccinations.