The Labrador Retriever has become so widespread thanks to a surprisingly successful combination of external data and “working” qualities, which allow the breed to be not only companions in everyday life but also serve for the good of man. They regularly rank at the top of the “most loyal”, “most obedient”, “most hardworking” dog ratings by professional breeders and ordinary owners. 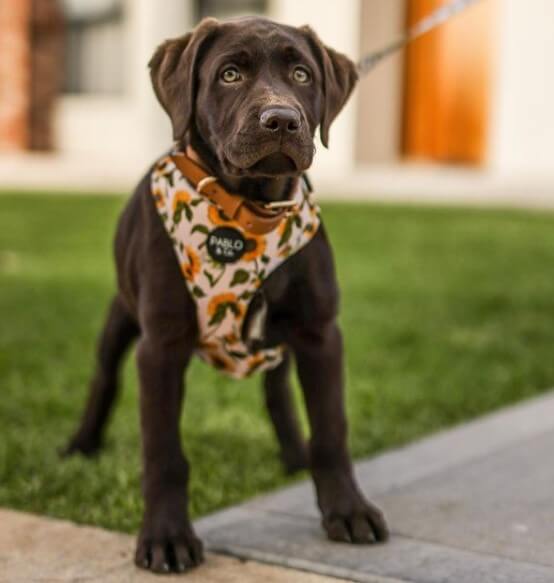 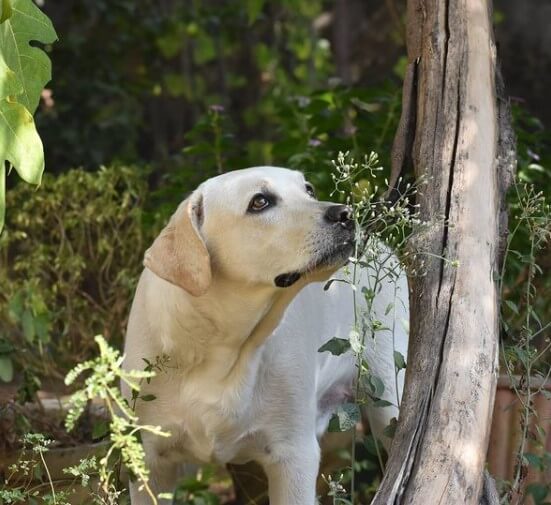 History of the Labrador Retriever Breed 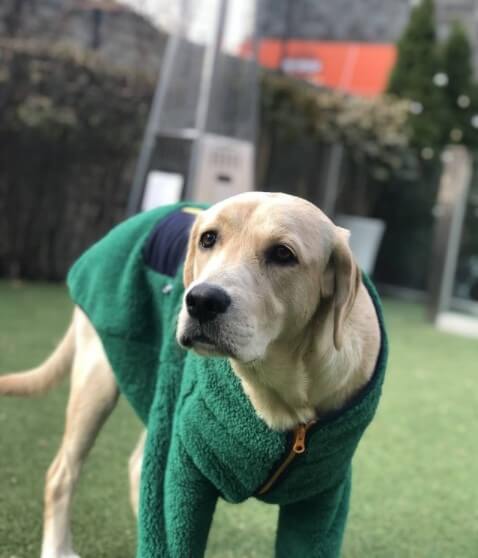 Whatever geographical associations you may have, researchers do not find a direct connection between Labradors and the North American peninsula of the same name. The historically reliable version is the origin of the breed from the island of Newfoundland, located southeast and now part of the youngest Canadian province.

Various theories explain the origin of the breed’s name. According to one, the original color (exclusively black) resembled an igneous rock, labradorite, lying in their homeland.

Supporters of the other argue that the Europeans, who did not particularly understand the intricacies of the toponymy of the New World, found such a name apt for animals that arrived on ships from the shores of the Labrador Sea. It is likely that an elementary need arose to distinguish between the new breed and the well-known longhaired Newfoundland to British breeders of the 19th century. However, there is an opinion that both breeds appeared in England at about the same time and, as a result of the confusion, the “natives” from Labrador were named after the neighboring island and vice versa.

By the way, it is assumed that the progenitor of the shaggy giants-Newfoundlands was closely related to the ancestor of the Labradors – the water dog St. John. Explore the origins of Water Dog St. John’s is not possible for many years, but experts admit that it was the result of crossing a large number of breeds that, together with their owners, have ended up in North America since the Great Geographical Discoveries.

The first Labradors arrived in Europe on merchant ships. For a long time, strong economic ties were established between Newfoundland and England, here the Canadians sold cod caught in the Atlantic. The British, passionate hunters, immediately noticed the mobile and easily trainable companions of sailors. In the 19th century, the importation of “small Newfoundland dogs” began.

The name of the breed adopted today appeared only in the 1870s. At the same time, the influx of overseas “fresh blood” began to dry up, and in 1895 the Quarantine Act was adopted, which prohibited the import of animals without a license and six-month quarantine. Since then, the breed has developed almost exclusively through internal selection.

For a long time, the only acceptable color of the animal was considered black, the rest of the puppies were culled. In 1899, the fawn was first registered, and in 1930 – the chocolate Labrador Retriever. 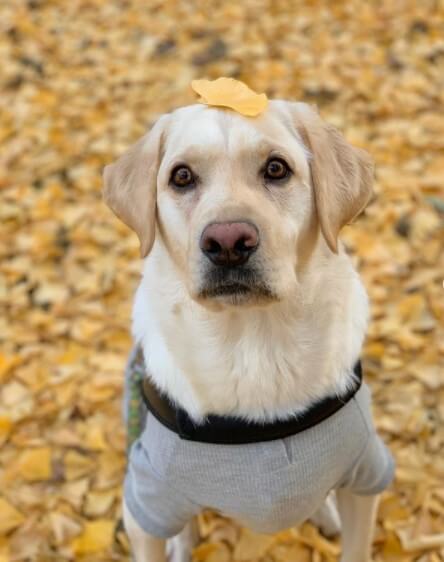 Males at the withers reach a height of 57 cm, and females have an average of 54 cm – 56 cm, the weight of Labradors ranges on average from 25 kg for fragile girls to 40 kg for large boys. Small deviations from the standard in height and weight are not considered disqualifying signs.

The head is broad, well-shaped, powerful, without excessive rough lines, not particularly thick without fleshy cheekbones. The stop is smooth, the jaws are not very large. The bite is a scissor bite, the jaws close tightly.

The eyes are medium in size, brown. Hanging ears, not too large, set far enough.

The chest is large and wide enough. The loin is a little short, but strong.

The difference between this breed is the tail, at the very base, it is thick after it gradually tapers towards the very end. It is considered medium in length with a dense and dense coat. Due to its coarse coat, it is popularly called the otter tail. Very elastic, straight, does not lie on the back or curl.

Forefeet straight, not turned out at the elbows, and not clubfoot. The back of the body is well developed, the knees are rather short with pronounced articulated angles.

The color is black, brown, and fawn. For black and brown dogs, a slight white mark is allowed on the chest. 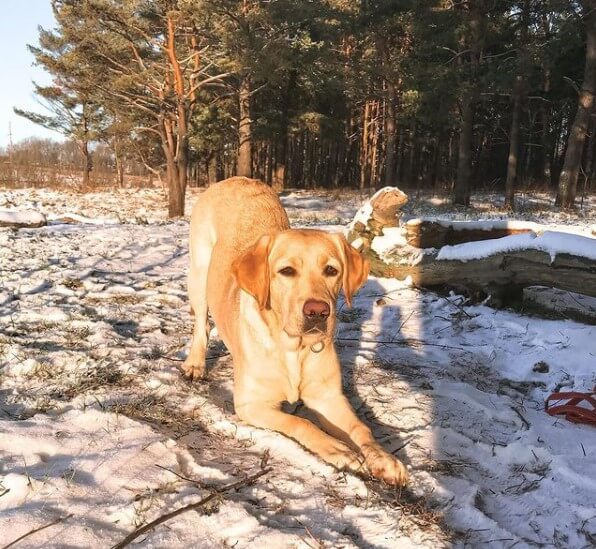 It is difficult to find a dog with a lighter and more accommodating character than a Labrador Retriever. They are incredibly friendly and try to please the person in any situation. Aggression is completely uncommon for them, so there will be no problems with living in a house where there are other animals (including cats) and children of any age.

The reverse side of such a mild disposition can be called only poorly developed protective qualities. Do not expect that the Labrador will rebuff the robbers – everyone who comes to its territory is perceived by default as a new companion for games, but in the event of a direct threat to the owners from people or “stranger” dogs, it will certainly come to the defense.

Labrador Retrievers make excellent guides for the visually impaired, therapists for those with autism, and assistants for people with disabilities. In addition, they are often used as service dogs for rescue operations (in particular, on the water), and a keen sense of smell helps when searching for explosives and drugs.

For generations, the instinct of gun dogs is laid in them – to find and bring the shot game to the owner. If hunting is not one of your hobbies, it is enough for the dog to regularly apport balls and sticks were thrown far away for happiness. This is great fun and exercise that burns calories. 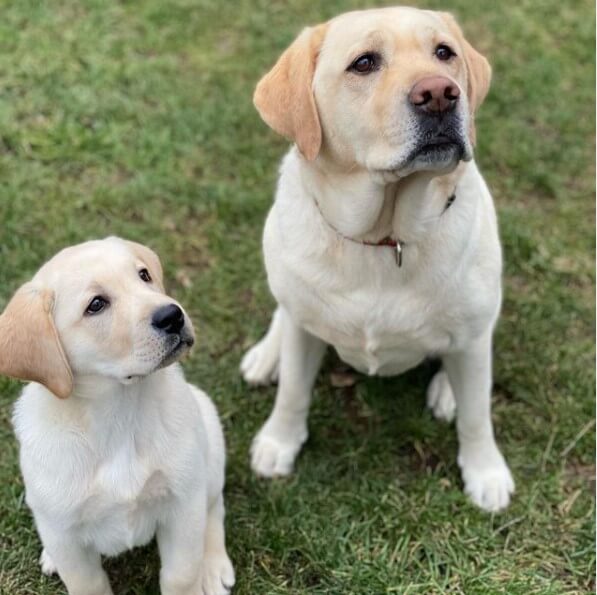 Labradors are incredibly agile and cheerful creatures, even as adults they love active games. High intelligence and calm character open up ample opportunities for training. At the same time, it is not recommended to show excessive rigidity. You should be persistent, but patient, do not forget about the encouragement (both verbal and with the help of a treat), and avoid boring, monotonous activities in which the pet inevitably loses interest in the process.

Early socialization is extremely important so that your dog does not experience stress when contacting the outside world, other people, animals, and also firmly assimilated the acceptable norms of behavior in various life situations. For Labrador owners who have no experience in raising large dogs, it is better to seek the help of professional dog handlers and take a few lessons or complete a full training course. 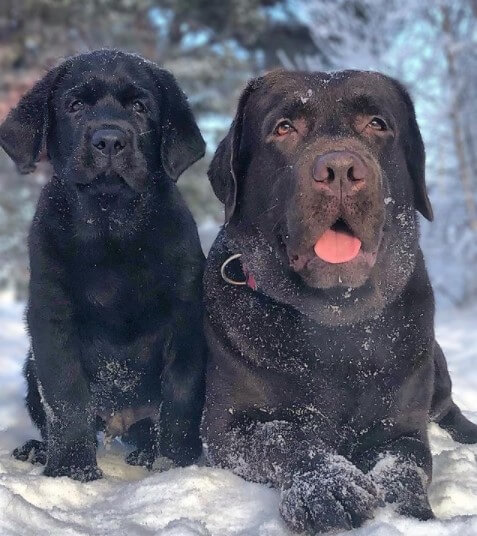 The main commandment of the owner of the Labrador Retriever from the first days should be the principle of moderation in food. The fact is that these dogs are prone to overeating, which leads to obesity and very serious health problems. To avoid trouble, accustom your dog to a strict diet, keep track of the portion size, do not allow excess “lunch” to remain in the bowl, do not get carried away with dog treats, and, of course, do not treat your pet with pieces from the common table – salty, smoked and sweet food. If you prefer a natural diet, coordinate the menu with your doctor, and do not forget about vitamin and mineral supplements. When choosing ready-made feed, focus on the products of trusted brands from the upper price segment. With any type of food, the dog must have constant access to fresh drinking water. As already mentioned, Labradors are very active, regular physical activity for them is not just desirable, but a prerequisite for normal well-being and psychological state. Get ready for long walks – experienced breeders advise spending half an hour in the morning and at least two hours in the evening on them. In this case, the dog will not get bored, gain excess weight, and pester you with pranks in the apartment.

Caring for a Labrador Retriever does not require extra effort. Basically, we are talking about standard procedures:

It is important, of course, to closely monitor your pet and not to postpone the visit to the veterinarian if signs of poor health or unusual behavior are noticed. 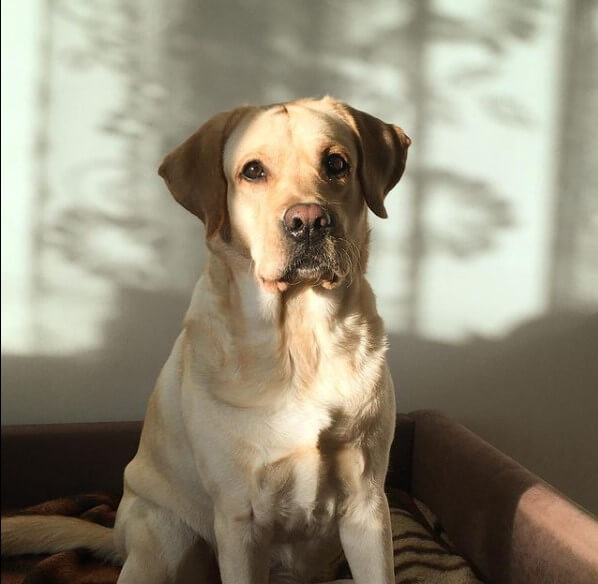 In general, Labradors can be called fairly healthy dogs, although any purebred animals, due to the limited selection of breeds, have a predisposition to certain genetic diseases. Some dogs may develop autoimmune diseases or deafness from birth or age.

But in most cases, before the onset of old age, visits to the clinic will be episodic. Puppies need to be vaccinated routinely if not done by the breeder. Subject to proper care and proper nutrition, the average life expectancy of representatives of this breed is 10-12 years. Like other large dogs, the weak point is the musculoskeletal system, the most common disease is called hip dysplasia by veterinarians. Cases of cataracts, retinal atrophy, and corneal dystrophy are not uncommon.

But the main source of danger to the dog’s health is obesity due to the irrepressible appetite, which was already mentioned above. This factor affects the duration and quality of life of a pet, as it inevitably leads to the development of diabetes, eye diseases, diseases of the musculoskeletal system. A controlled diet and sufficient exercise will help your pet stay active and healthy longer. 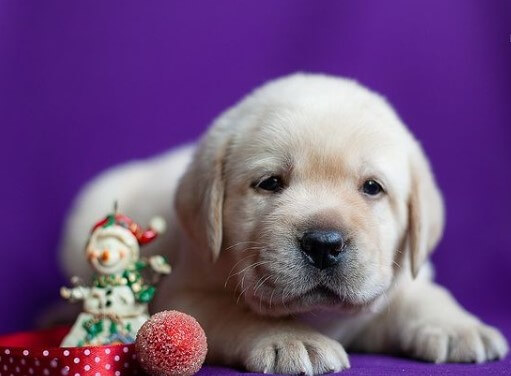 The popularity of the breed is not always an advantage for those who decide to get a Labrador Retriever. In the pursuit of profit, unscrupulous breeders keep parents and puppies in inappropriate conditions. Of course, unsanitary conditions, cramped conditions, and poor nutrition adversely affect the formation of a growing body and health in the future, so the first advice: do not seek to save money and contact only nurseries with a good reputation, where you can see your future pet with your own eyes, read the documents about the pedigree, get reliable information about vaccinations.

When choosing a Labrador, pay attention to compliance with the external characteristics of the breed, observe the behavior of the baby – he should be playful, active, and easy to make contact with. Healthy coat shine, clean eyes and ears, and normal appetite are important signs of well-being.