The Kangal Shepherd Dog is also known as the Anatolian Shepherd Dog, Karabaş, or Coban Kopegi. Only in 2018 was the breed standard reformed and pure breeding of the breed redefined. The dogs have a strong protective instinct – since they also tower over large dog breeds, good training is therefore absolutely necessary. They often have a hard time in animal shelters, as they are even less likely to be adopted than listed dogs.

External Characteristics of the Kangal

Anatolian shepherd dogs primarily attract attention because of their gigantic body size: The average height at the withers in males is 70 to 85 centimeters, whereby individual individuals can also be significantly larger than 90 centimeters. For bitches, a height at the withers of 65 to 73 centimeters is specified in the breed standard. Along with Great Danes, St. Bernards, and Irish Wolfhounds, they are counted among the largest dog breeds in the world.

Stronger than a wolf: This is how the Kangal is built 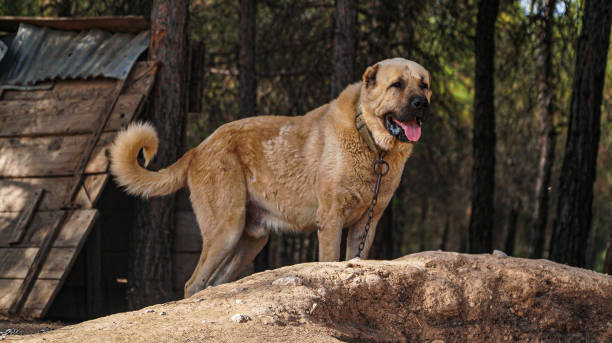 The modernization of the breed standard

The Turkish Roots of the Kangal Shepherd Dog Briefly Explained

The Kangal Çoban Köpeği is the national dog of Turkey and is particularly common in the Anatolian mountains. Here it is still used today to protect Akkaraman sheep, which wear a dark mask similar to that of the sheepdogs. Uniform fur coloring has been part of the Karabaş (freely translated blackheads) for hundreds of years. Since the 16th century, dogs in eastern Turkey have hardly changed in appearance.

Theories on the Origin of the Dog Breed

The origin of shepherd dogs is usually more difficult to trace than that of war and hunting dogs since these peasant dogs did not play a major role for historians. What is clear is that the Kangal of eastern Turkey and the lighter-colored Akbaş Shepherd Dog of western Turkey evolved independently. Their common ancestors probably come from Central Asia.

Dutiful protectors – Character and Nature of the Dog Breed 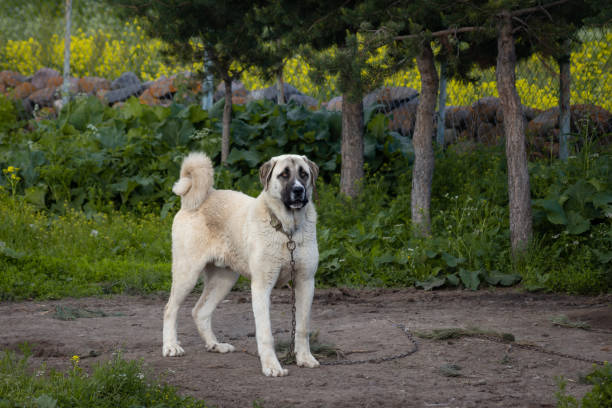 The Anatolian Shepherd Dog is alert, confident, and makes independent decisions. His task as a shepherd dog is still deeply rooted in him today: the Kangal defends his territory and his pack with great seriousness and he has a pronounced herding instinct. Due to its mass, it can easily assert itself in adulthood – good training is, therefore, important for a relaxed everyday life with a dog.

What do Anatolian Shepherd Dogs have in common with attack dogs?

Significantly older than modern dog breeds, the archaic Kangal Shepherd Dogs are thought to be the ancestors of many of the European Molossers, which include most of the list dogs. In Turkey and the Czech Republic, several breeding lines were trained for military purposes in the 1970s. In Germany, the dogs are classified as potentially dangerous – only with intensive training and a character test can it be ruled out that they put their instincts ahead of their upbringing. They defend flocks and packs with an aggressive attitude and do not hesitate to fight unwanted intruders or attackers.