If you buy a dog, you usually have to give it a name. The selection is huge, but not every name is necessarily suitable for every dog.

Just as with the birth of a little human, new pets are given names.

In order to narrow down the selection for males and females, we have put together 20 names for both sexes, including the meaning. We’ll also give you a few tips afterward that can help you choose the right name.

Here’s a list to help you find good, feminine dog names, plus what each means: 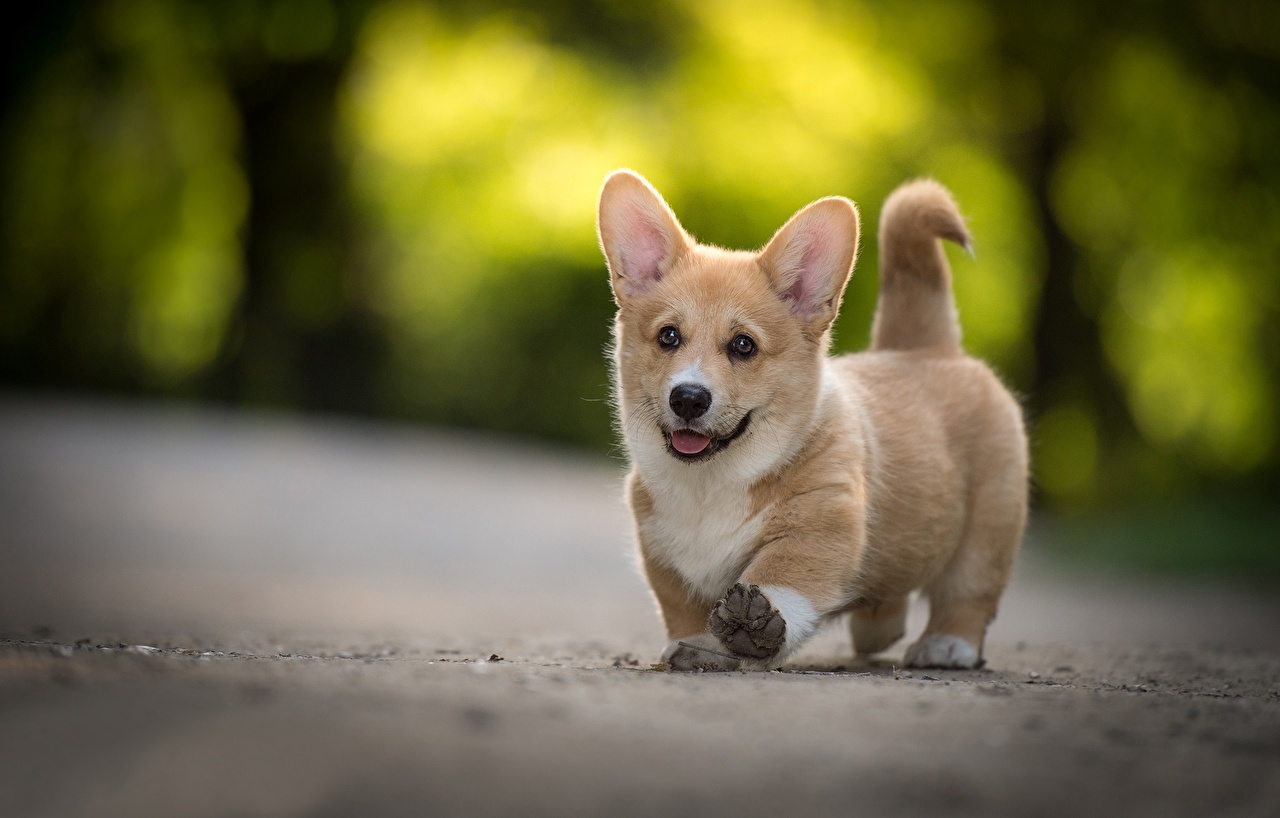 This name comes from French and is the short form of Aimée. It comes from the Latin name aimer or Amara, which means something like “loved” or “the lover”.

This name was derived from Elisabeth. It originally comes from Hebrew and means something like “oath”, “seven” and “God, the mighty”.

Comes from Indo-European and means “the dearest” or “the dear one”.

The first name Cassie means “the seductress” or “the man catcher”. At the same time, he is the abbreviation for the name Cassandra.

Originally this name comes from the Germanic language and means something like “big” or “mighty”. The name was once used as an abbreviation for all names that began with “Erm-” or “Irm-“.
fairy

This is the name of a mythical creature that has magical powers, usually has a beautiful female form, and stands for good. Fairies can be just as vicious, however.

This Gaelic name means “the family”, but is also a belittling of the name Fine, or Josephine.

The abbreviation for the Italian name Regina, which in turn represents the feminine form of the name Rex and means “the king”.

An abbreviation for the name Jessica. This in turn was derived from Jiska, a biblical figure. The meaning is “God is looking at you”.

The first dog sent into space in 1957 was a female dog named Laika. The name originally comes from Russian and is a very nice name for “yapper”.

The short form of Charlotte or Lieselotte. The name comes from Old High German and means “free” or “efficient”.

The pet form of Elisabeth. At the same time, the English form of the name is used for the flower. With the difference that the designation is written with just an “l”.

This name has its roots in Latin, the translation means “moon”. This name is often used in numerous other languages, in Roman mythology it is used to designate the goddess of the moon.

Often this name is also written with an “i”, meaning Maia. The meaning: “the higher one”. In Greek mythology, she was the daughter of Atlas and the mother of Hermes. Maia is also a Georgian and Portuguese form of Maja.

Especially in Tanzania, Nala is a popular first name, the meaning of which is translated as “gift”. However, the name originally referred to the “lioness” in the Swahili language. He was best known for the film “The Lion King”.

A short form of Cornelia, Helena, or Eleonore. Translated, this name means something like “the shining one”, or “the merciful”.

The English name for “pebbles”. The name became known through the cartoon series “The Flintstones”.

An abbreviation of many Russian given names, including Roxana or Veronika. Ronja means something like “the dawn” or “the victorious”.

Sunny is the English word for “sunny”, which is how this name can also refer to a dog that has a very sunny disposition.

The short form of Vivien, which comes from Latin and means something like “lively” or “joyful”. At the same time, he is also called “the victorious”.

In the case of the males, it is more the concise names that are used. Here is a small selection: 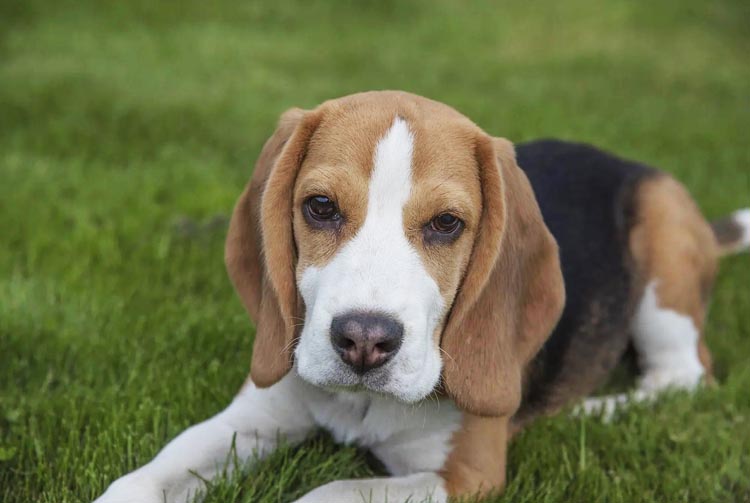 This name comes from Japanese and combines “ai” for “love” and “ko” for “child”. Put together it means something like “child of love”.

“Coming from the family of the Antonians” is its meaning. The name was used extensively in ancient Rome, primarily as a family name for people of a famous lineage. Nowadays it is very popular and is also used in the form of variations such as “Tonda” or “Antoschka” – both of which come from the Czech, by the way.

Benny is derived from Benjamin and is from Hebrew. There it is made up of “Ben” and “Jamin”, which means something like “son” and “happiness”.

This strong name means “the brown one” or “the bear”. It originated from the old German name Brun. Bruno is just the Latinized form of the name.

This is the French name for the word “rascal” or “crook”.

A name that comes from Gaelic and means something like “the red-faced one” or “who looks fresh and rosy”.

An English name that is often used as a short form for Heinrich. Its meaning: “powerful” or “rich”.

This short form of Jakob and John comes from English. It is of Hebrew origin and means “May God protect”. In the Bible, however, it is used for the “lister” or “heel holder”.

This name is often used in English as a short form of Gerome, Jeremy, or Gerald.

“Courageous, proud and tried and tested in battle” is its meaning. The name, which comes from Slavic, is an abbreviation for Jaromir or Jaroslav.

Lucky is the English name for “luck”. Accordingly, a dog with this name is “the lucky one” or “the happy one”.

Lupo comes from Latin and means wolf. The belittling of Lupo is “Lupino”.

The short form of Maximilian. It means something like “the greatest”.

The name has either a Nordic or Celtic origin and is made up of “Os” and “Cara”, which means “deer” and “friend”. Incidentally, Oskar is derived from Ansgar.

This is a short form of Robert “. The name comes from Old High German and means” to shine “or” to shine “.

“Snoop” means something like “snoop around” in English. In addition, the name is borne by one of the most famous comic books ever. Snoopy is Charlie Brown’s dog from the series “The Peanuts”.

The name comes from English and means something like “point” or “thorn”.

A variation of “shaggy”, making this name ideal for dogs with a shaggy or disheveled coat. He became known through the comic “Tim und Struppi”.

This name was derived from Theodor. It comes from ancient Greek and means “God” and “gift”.

How to Find the Right Name?

Most people think a lot about the name of a dog even before they buy it. If you already have an idea of the dog’s sex, age, breed, and character, the choice is a little easier. Because all of these properties can influence which name you choose. However, there are other factors to consider when making your choice.

A short name is better to call out.

Names with two syllables are easier for the dog to classify, while clear commands such as “sit” or “place” only consist of one syllable.

It should be a name that sounds different than a command. For example, “Tom” can sound exactly like “Come!” To the dog.

It is also popular to name dogs after famous personalities or legendary figures. Good examples: Einstein, Sissi, Lincoln, or Loki. Maybe it’s the name of a popular movie character that fits particularly well.

Just go to the park and listen to other people calling their dogs. Nowadays it is, unfortunately, the case that a “Lucky!” calls and about ten dogs come to him.

In the end, the most important thing is that the dog obeys the name chosen. If you want to give the dog the choice, try a few selected names before you ultimately decide on one. There are dogs that react particularly well to a certain name.

By the way: some names like “Laika” or “Tonda” can be used for both females and males. If you want to have it a little more gender-neutral, you can always opt for such a name.