Retrieving the ball of wool, chasing the scratching post up and down, then purring loudly and jumping onto your favorite person’s shoulder and snuggling up to him: Welcome to the world of the Tonkinese. This lively cat is a hunter and a cuddly mouse at the same time. If you’re looking for a cat that you won’t get bored with, the Tonkinese is the right place for you.

The character of the Tonkinese

The Tonkinese carries the genes of Siamese and Burmese cats. Like the Siamese, she likes to talk to her people, although her tones are not quite as loud. She loves being the center of attention and you can never give her enough attention. She is a lively companion, loves to play and romp. Thanks to her cleverness, you can even teach her little tricks, and intelligence games keep her happy.

She feels most comfortable around you. If she can then sit on your shoulder and watch everything you do closely, her happiness is perfect. This cat knows exactly how to wrap her paw around you!

Like the Burmese, the Tonkinese is considered to be an adventurous cat that isn’t very jumpy. So you can get her used to walking on a leash, going on trips with her, or even traveling with her.

The body of the Tonkinese is muscular, but at the same time lithe and elegant. Their hind legs are slightly longer than their front legs. It has short, silky fur that lies close to the body. Their tail is slender and long with a rounded tip. 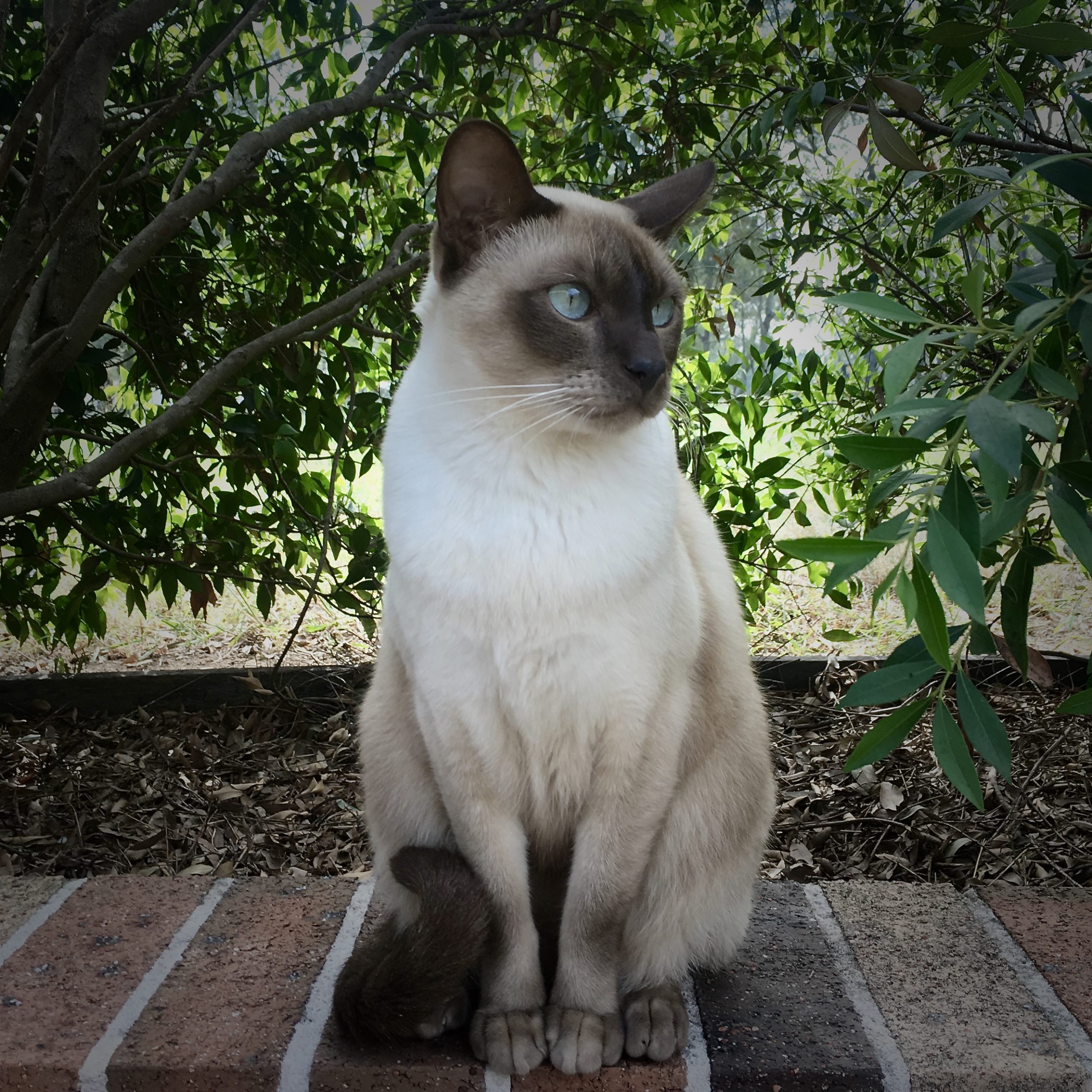 Her ears, which are on the side of her head, optically lengthen the wedge shape of her head. The large, widely spaced, and almost almond-shaped eyes shine in sky blue, aquamarine, or yellow-green. The eye color depends on the Tonkinese coat color: It comes in the basic colors chocolate brown, purple, blue, and natural, but also in red and cream as well as tabby and tortoiseshell variants. “Sepia” cats with Burmese markings are dark with a barely visible facial mask and yellowish-green eyes. Light-colored cats with dark faces and deep blue eyes are referred to as “Point” with Siamese markings. With them, the contrasts between the coat color on the body and that of the points are the strongest. Tonkinese, in which the points are darker than the body color but blend smoothly into the rest of the coat color, have aquamarine eyes, and are listed as the “Mink” color type.

Husbandry and care of the Tonkinese

A Tonkinese needs variety. It is demanding and not necessarily suitable for inexperienced owners. If you leave her alone too much, she may make “look changes” to your home. It is therefore important that this cat lives with at least one other cat. If these two are alike in character and temperament, the Tonkinese will prove to be a roommate that will bring you lots of joy. Since she is not afraid, she gets along well in families with children. She also generally gets along well with dogs.

If she lives in a cat-friendly apartment, she is happy there, although she is also very open to going outside. They can also enjoy long walks on a leash. This cat is a bundle of energy and needs a lot of exercise and variety to calm down and enjoy cuddles. If you want to adopt a Tonkinese, you have to be willing to devote a lot of time to them and to offer them a variety of adventure, play, and climbing opportunities.

The Tonkinese takes care of its fur itself. However, it does not disdain regular brushing with a soft brush or extensive stroking with a slightly moistened hand – you can be sure of your undivided interest in these moments. 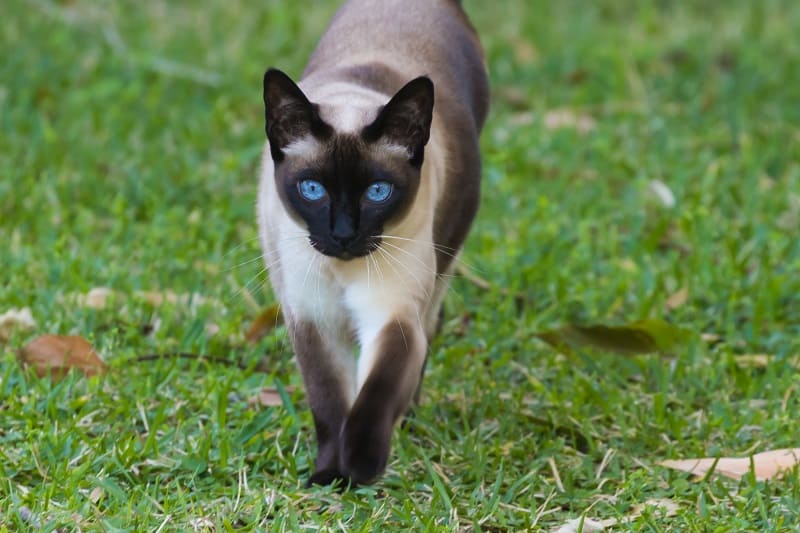 The history of the Tonkinese dates back to the 14th century. In old manuscripts, there are drawings of cats that look very similar to today’s Tonkinese. When the first Siamese cats came to Great Britain at the end of the 18th century, there were probably already Tonkinese among them. However, their rise to popularity only began in 1930, when the American ship’s doctor Joseph C. Thompson brought home a cat he had discovered in Rangoon, Myanmar. He had noticed the particular coat coloration, brown with dark markings on the ears, face, legs, and tail. He then mated Wong Mau, as he called her, with a Siamese male, assuming it was a Siamese. What he did receive, however, was a mixed bag of kittens. There were lighter ones with Siamese markings like the fathers and darker ones that looked like the mother. In further breeding attempts, kittens were born in three color types: Solid/Burmese, Point/Siamese markings, and Mink. The latter received the least attention at first.

It wasn’t until the 1960s that two breeders from Canada and the US began crossing Burmese with Siamese, and the offspring were born with brown fur and dark markings. Since the color was reminiscent of mink, it was given the name Mink. This is how the name for the coat pattern of the Tonkinese came about. In 1965, a Canadian breed association recognized the Tonkinese as a separate breed, while many US and European associations still do not recognize it to this day. However, this does not detract from their popularity, especially on the North American continent.

The Tonkinese is one of the healthy cat breeds. Breed-specific diseases or malformations rarely occur with her. In addition, thanks to their close-fitting coat and lack of undercoat, they only shed moderately.