You often only recognize the disease in rats very late. Therefore, pay attention to the smallest changes and signs of illness. Here you will find an overview of the most common rat diseases, typical symptoms of the disease, and treatment options.

Pet rats try to hide when they are sick. This is because diseased prey is more likely to fall prey to a predator than a healthy one. If a disease is discovered too late, it can often be too late. It is all the more important that you recognize the first symptoms of the disease early and have them treated immediately by a veterinarian. This list of some diseases can help you to correctly interpret the first signs of illness. To prevent illness, you should always pay attention to animal-friendly housing, species-appropriate nutrition, and good hygiene.

Abscesses and tumors in rats 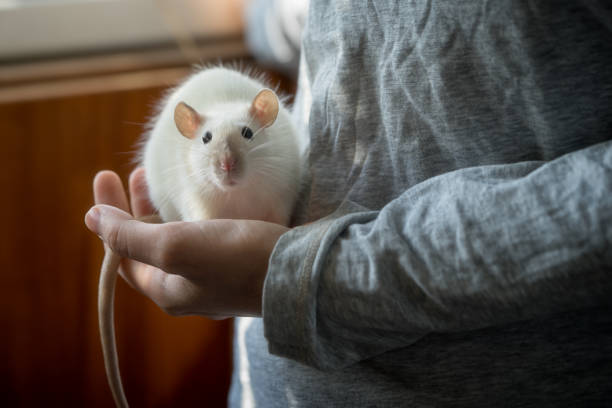 Abscesses can form under the skin of your rats, which can be seen and felt as a thickening. Abscesses are caused by minor injuries (e.g. from fights overrank) or surgical scars that bacteria have penetrated. The bacteria cause purulent inflammation and pus-filled capsules form.

Your vet can surgically remove or split an abscess. During the split, the abscess is cut open and the pus is removed by squeezing it out. The abscess cavity is then rinsed daily until the abscess has healed completely from the inside out. In consultation with your veterinarian, the sick animal is usually given an antibiotic. Tumors (mammary tumor, testicular tumor, etc.) are also common and usually recognizable by a thickening. In order to prevent metastases from forming, tumors must be surgically removed as quickly as possible.

Pet rats often suffer from respiratory diseases. Possible signs include sneezing, nasal discharge, “chattering” breath sounds, heavy flank breathing, and shortness of breath. Mycoplasmosis is particularly widespread in rats. The causative agents of this disease are mycoplasma (bacteria), which can only be attacked by a few antibiotics. Transmission occurs from animal to animal or through the air.

Many rats are infected without showing any symptoms of the disease for a long period of time. Stress or an age-related immune deficiency finally leads to the outbreak of mycoplasmosis. Only early antibiotic therapy can suppress the pathogen to such an extent that the rat appears symptom-free again. However, mycoplasmosis is not yet completely curable. There are also numerous other bacteria that can cause respiratory problems.

Respiratory diseases are favored by:

Eye injuries and inflammation in rats 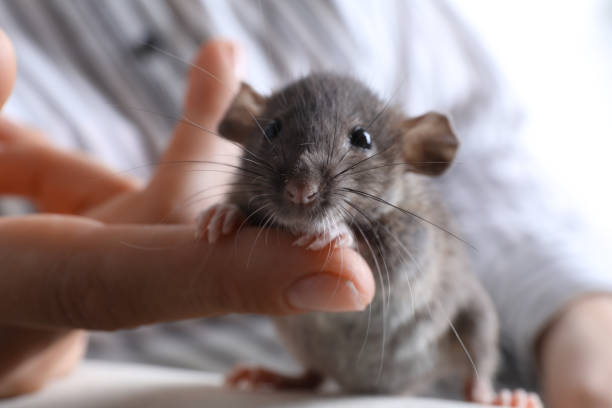 Injuries to the eye (the cornea, the eyeball, and the lid) can e.g. B. arise due to ranking fights, unsuitable furnishings, and impaling foreign bodies. Inflammation can be recognized by clouding of the cornea, redness, and swelling of the eyelids or conjunctiva, milky-watery discharge, and adhesions of the fur around the eyes. Causes of inflammation of the eye are mostly infectious agents (viruses, bacteria), foreign bodies, or dental problems. A protruding or swelling of the eye is also an indication of a disease. If recognized early, many injuries and illnesses can be treated effectively.