The Welsh Terrier originated in Great Britain or Wales from a cross between different terrier breeds. Find out everything about the behavior, character, activity and exercise needs, education, and care of the Welsh Terrier dog breed in the profile.

The Welsh Terrier originated in Great Britain or Wales from a cross between different terrier breeds. What was wanted was a dog that would be suitable for otter and fox hunting, among other things. Founded in 1886, the Welsh Terrier Club established the breed’s characteristics, which have changed little since then. The Welsh have been presented at shows around the world since 1895, but it is particularly common in Great Britain, where it is one of the most popular dog breeds for hunters and families.

His coat is wiry and dense, black and tan or black-grey and tan. He looks like an Airedale Terrier but is only the size of a Fox Terrier. The Welsh Terrier has a very compact build, appears robust and powerful.

The Welsh Terrier is a happy and easygoing character, as well as being athletic, alert, and fearless. He is obedient and affectionate, but also sometimes stubborn and moody – you get a wide range of possibilities. In any case, it never gets monotonous and boring with this dog, because the Welsh Terrier is undoubtedly a real personality that demands and expects more from its human than the “standard dog program”.

These dogs need a lot of exercise, love to move, and romp freely, preferably without a leash. They are suitable as companions for sporty people, as playmates for children, or as committed participants in dog sport competitions.

As a rule, this dog is obedient and easy to lead, but it cannot be trained by force; rather, people must first “earn” their respect and thus their obedience. In order for his character to remain balanced, a lot of work has to be done mentally and physically with this dog. He is extremely clever and has a natural sharpness. Many Welsh owners, therefore, have their dog not only take the companion dog test, but also the protection dog test.

Like all wire-haired terriers, the Welsh need trimming. However, it is enough if you take him to the dog groomer four times a year. In between, you can also comb the insensitive fur.

Glaucoma (glaucoma) occurs a disease that can lead to blindness in the dog. 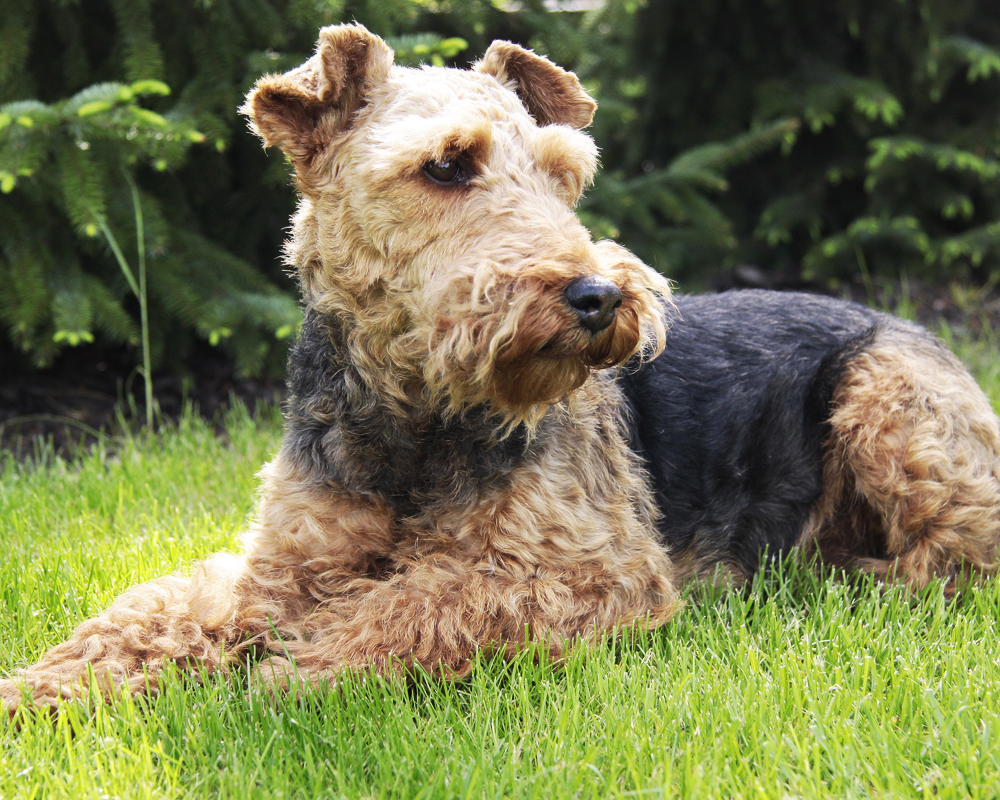 Because he doesn’t shed at all, the Welsh Terrier can also be kept by allergy sufferers. Because of the similarity, the Welsh are often called “the little Airedale Terrier”.