The Airedoodle is a beautiful and unique hybrid dog with two purebred parents, the Airedale Terrier and the Poodle.

Hybrid or “designer” dogs are very popular with dog owners these days, and these dogs can offer surprising strengths and perks!

However, not everyone is a fan of two different purebred dog breeds for producing puppies.

In this article, we will focus on the Airedoodle dog and what to expect when choosing this dog as your canine companion.

We’ll also take a look at what the hybrid controversy is all about and what the science says about purebred cross dogs like the Airedoodle.

Purebred Dogs and Designer Dogs – The Controversy and the Science 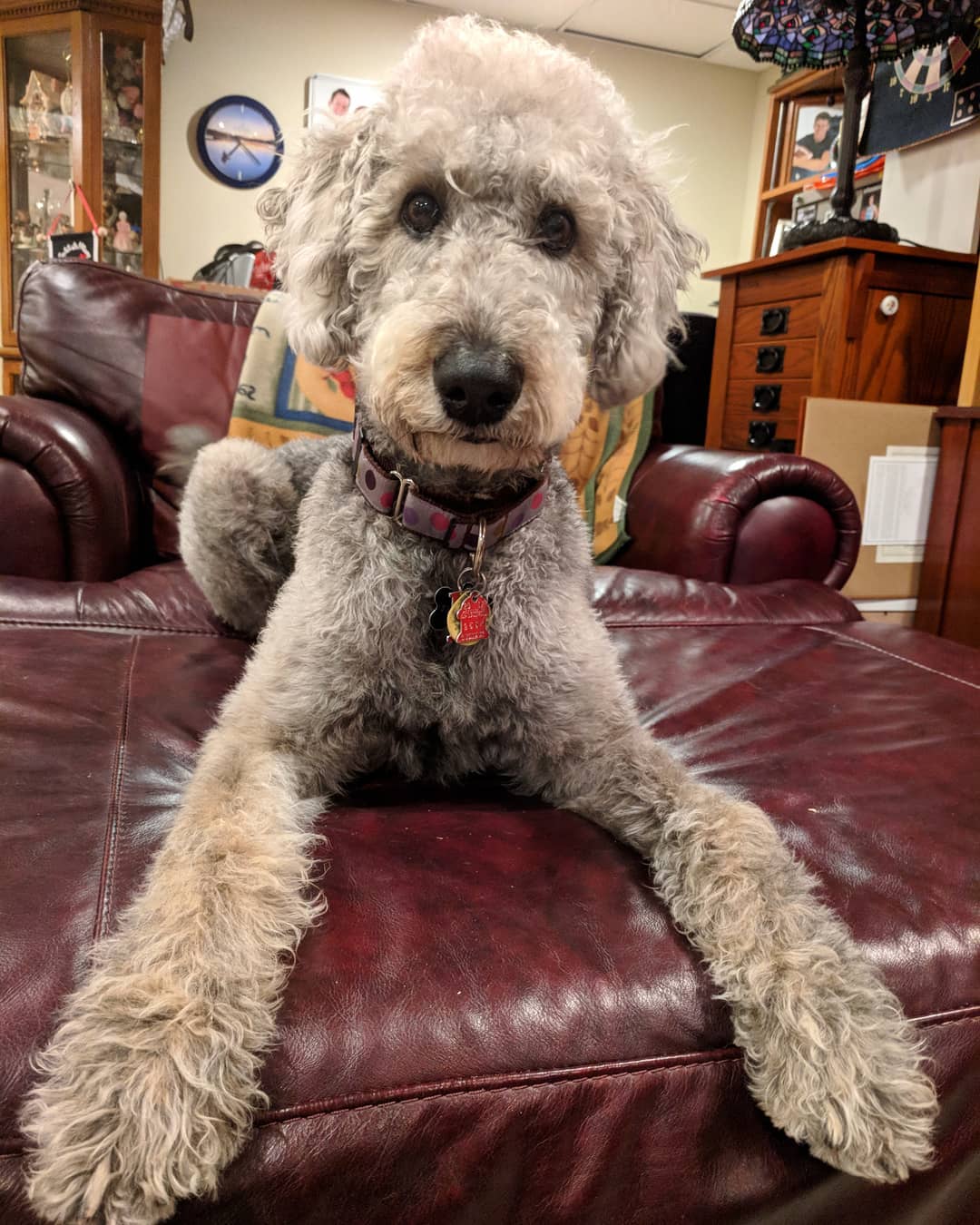 When we look back on some of the most famous canine movie stars, we see a number of mixed-breed dogs – in short, mutt!

Spike, the “Old Yeller” movie dog, was a rescued Labrador / Mastiff puppy who became his trainer’s most famous dog actor!

And Higgins, star dog of Benji, a spaniel mix, was natural from the moment his trainer took him out of the shelter. 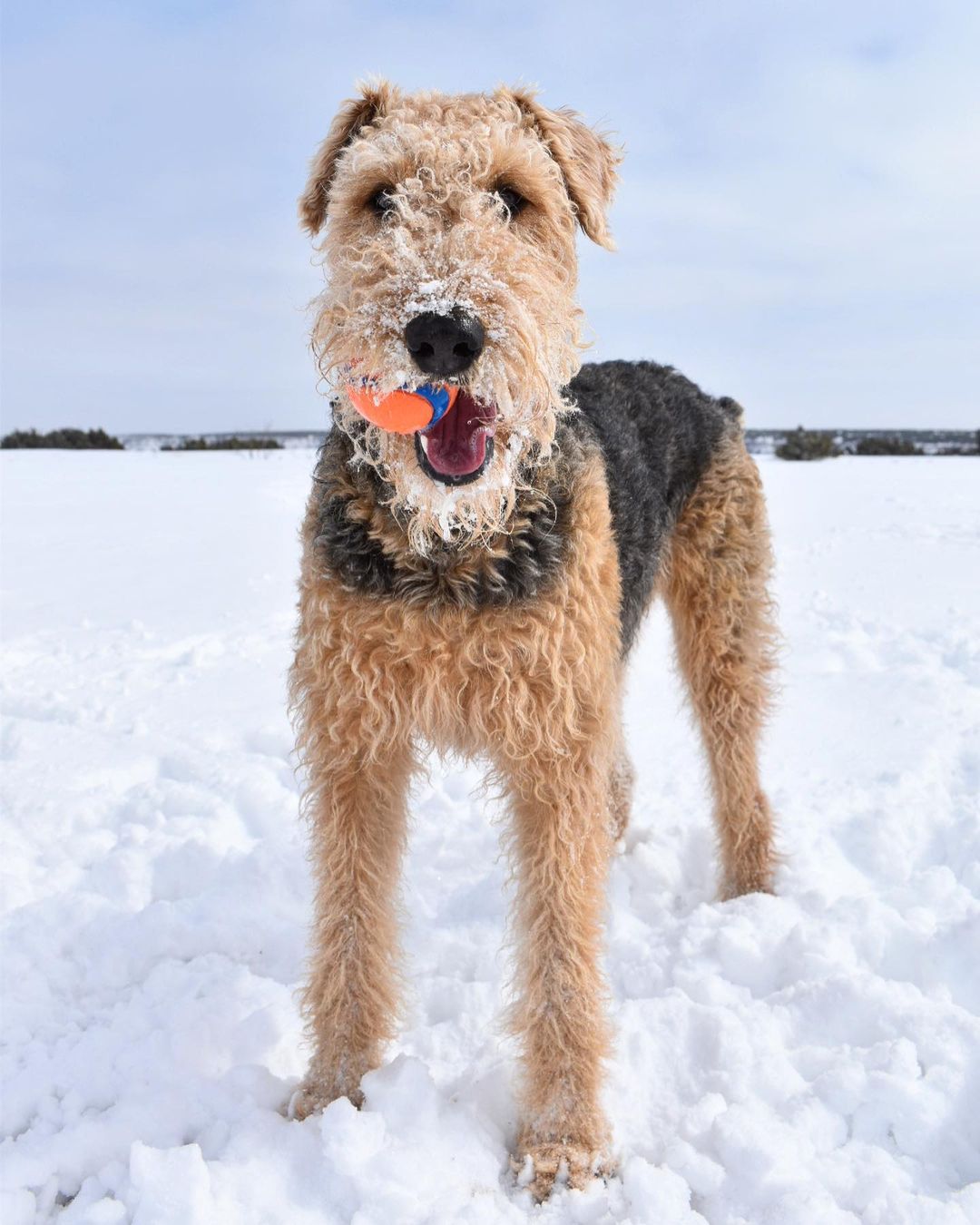 The idea of ​​hybrid dogs is less popular with purebred breeders.

This is because breeders of purebred dogs like the Airedale Terrier and the Poodle have worked hard to produce dogs that are exactly the breed standard.

As you will read later, purebred dog lines also sometimes have genetic weaknesses that develop when dogs are bred to have a particular look.

The Airedoodle – a mix of Airedale and Poodle 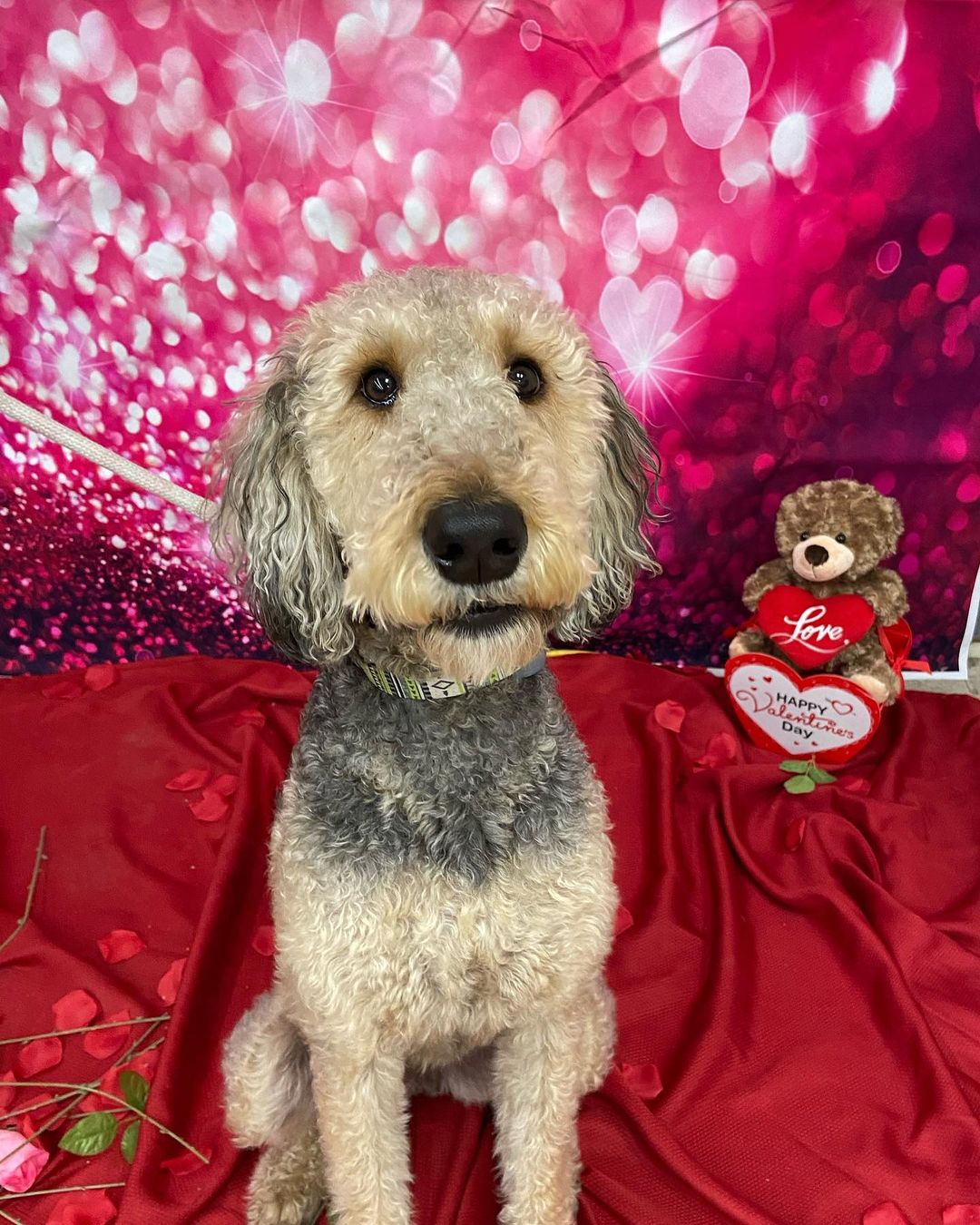 The Airedoodle is a really interesting hybrid mix!

From any purebred parent dog line, the Airedoodle inherits some amazing traits and traits, including nobility, intelligence, athletic talent, and a tremendous work ethic.

Origins of the Airedale Terrier dog

In American Kennel Club (AKC) circles, the Airedale Terrier dog is referred to as the “King of Terrier” despite being a working dog from the start. This is the largest purebred terrier.

The Airedale Terrier was named after this dog’s birthplace in the Aire Valley, a region located 160 km south of Scotland in northern England.

Most interestingly, how the AKC describes the birth of the Airedale Terrier, that this dog was “made” by crossing several different purebred dog lines together.

The Irish Terrier, Bedlington Terrier, English Black and Tan Terriers, Otterhound, and several other retriever and setter breeds contributed to the breed that is now called the Airedale Terrier.

Origins of the poodle dog 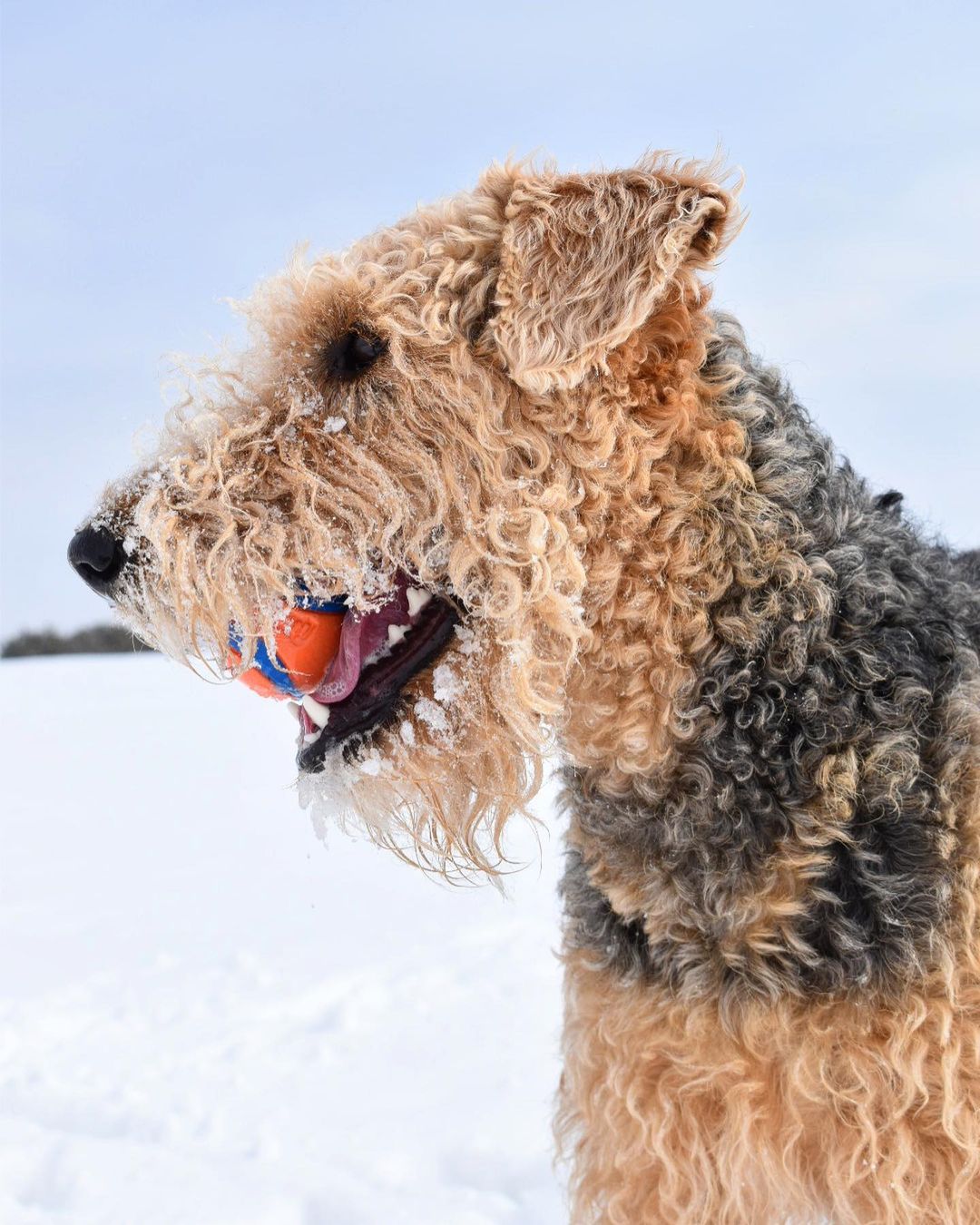 However, the last two lines are younger. In France, the poodle is the national dog, where it is called “Caniche” (translation: “duck dog”).

Not only are these dogs one of the most intelligent dog breeds in the world, but they come from a classy line of hunting and working dogs.

How is the Airedoodle dog?

With any hybrid dog, and especially with the first generation (F1) litter of two different purebred parent dogs, it is not easy to say exactly what a puppy might look like.

This inherent unpredictability comes from not knowing how each parent dog’s genes interact in a given puppy. 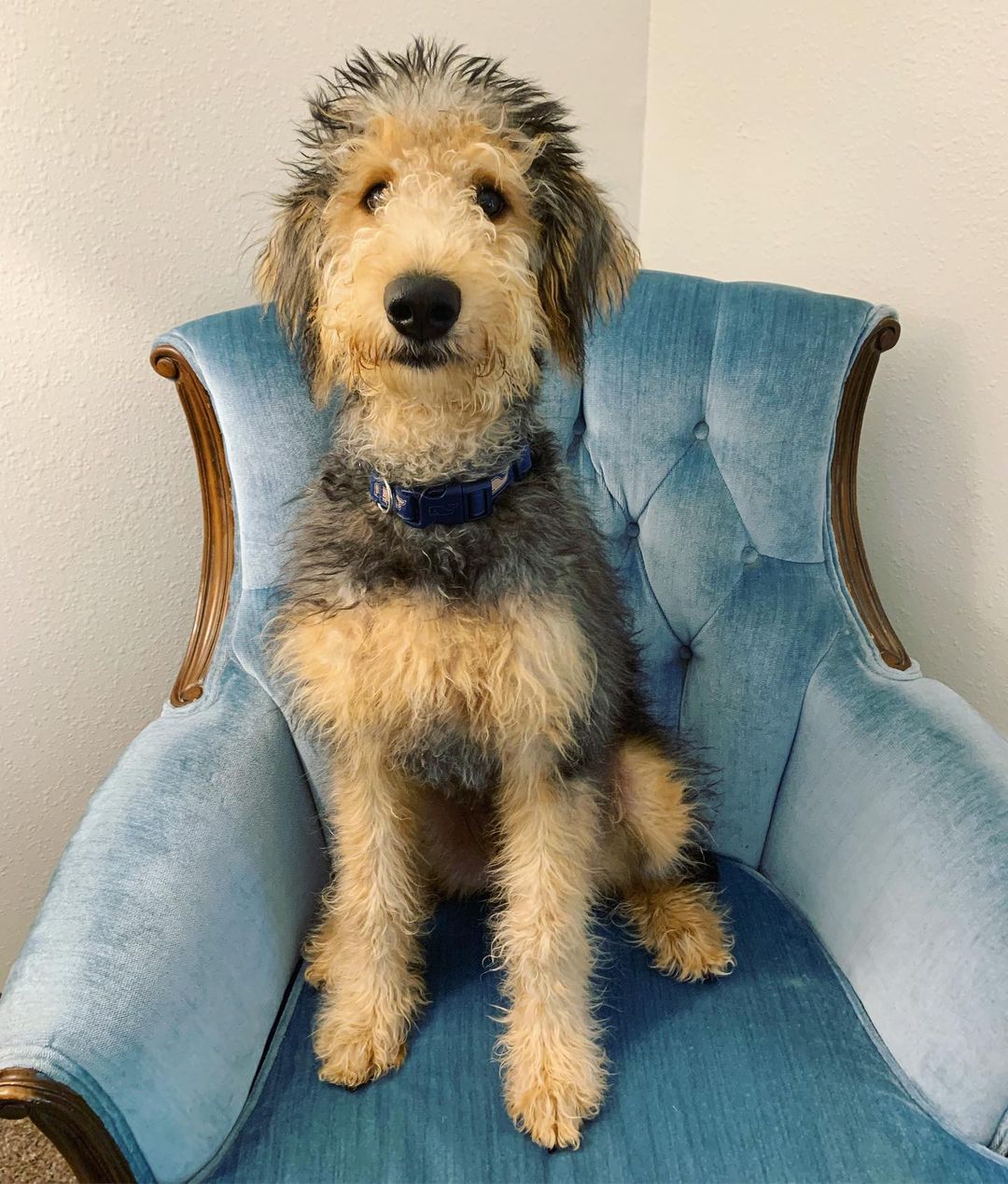 As soon as you move the first generation liters to the second generation or later (F1b, F2, F3, etc.).

It’s a bit easier to predict what a puppy’s appearance, personality, temperament, and health might look like.

The first combination is the most stable that the pups predict.

The further away you are from the first generation (Poodle, Airedale Terrier), the more stable the puppies’ traits are likely to become.

That’s why we’re focusing on the first generation (F1) puppies here, and taking a look at each purebred parent dog to give you a comprehensive look at what an F1 Airedoodle dog can look like!

The size, height, and weight of an Airedale poodle mix

The poodle is bred in three sizes: standard, miniature, and toy. The standard poodle is 15 inches tall and weighs 40 to 70 pounds.

The Airedale Terrier is bred in one size. The adult dog will stand 23 inches tall and weigh 50 to 70 pounds.

Here you can see that there is a wide variety of sizes in a litter of Airedoodle puppies too!

Look, coat, and care for an Airedoodle dog 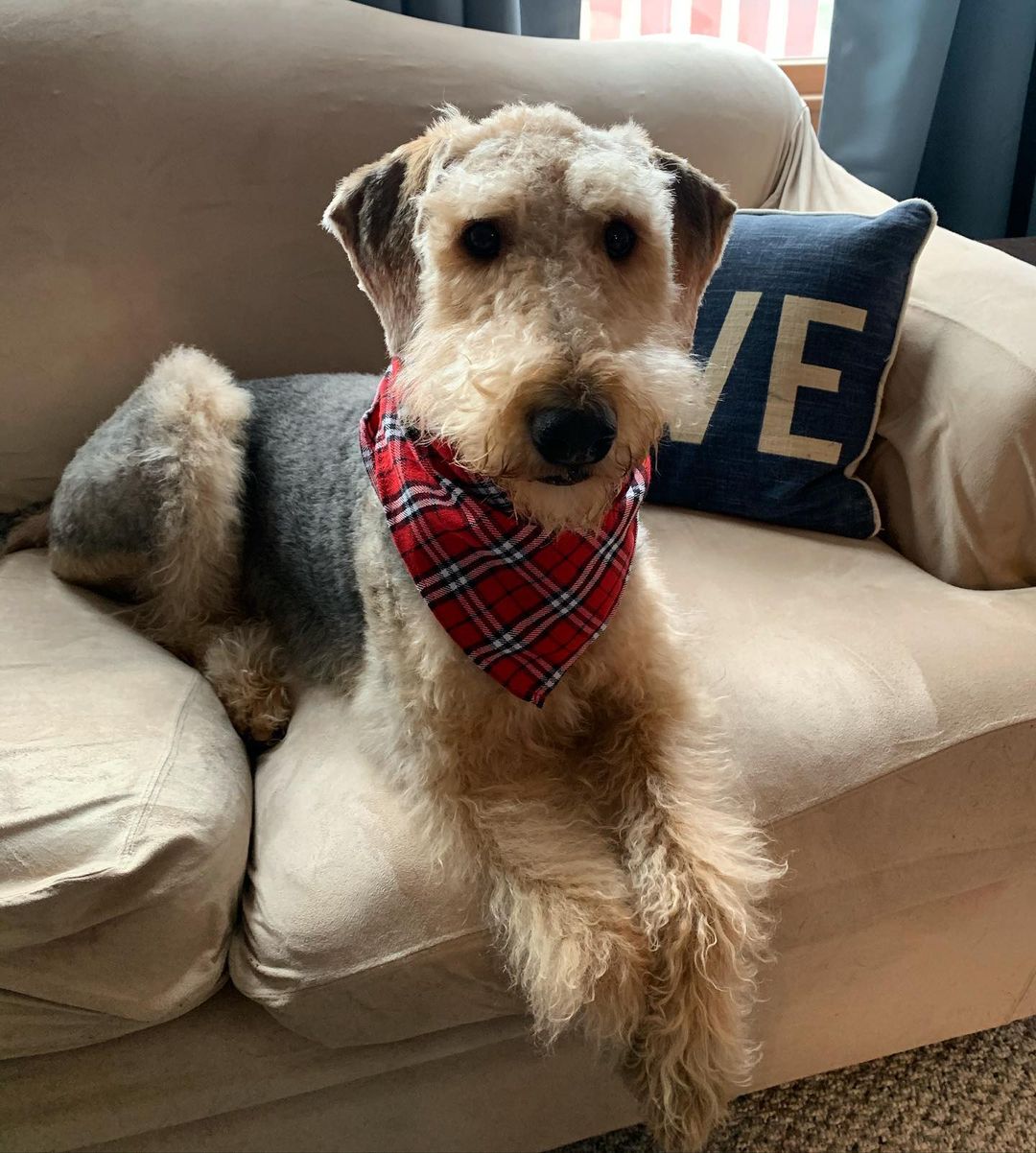 The Airedale Terrier has a short, wiry, thick coat that is generally kept short.

This dog is often recommended for people who are allergic to pets due to low shedding.

Weekly brushing is often enough to keep the coat healthy.

The poodle has a long, curly, thick coat that many refer to as “hypoallergenic”.

While there isn’t a truly hypoallergenic dog breed, the poodle can get the closest, as this dog rarely sheds.

Poodles can be brushed more often with longer clips.

This means that an Airedoodle puppy is likely to inherit a low hair loss coat from either parent.

Personality & temperament of an Airedoodle

Airedoodle dogs are one of the hybrid dog breeds that every parent dog has wonderful things in common!

Both the Airedale Terrier and Poodle come from strong working and hunting dog backgrounds.

And since they both have great work ethics, strong, personable personalities, natural intelligence, and athleticism, you can expect to see these traits in your Airedoodle puppy too. 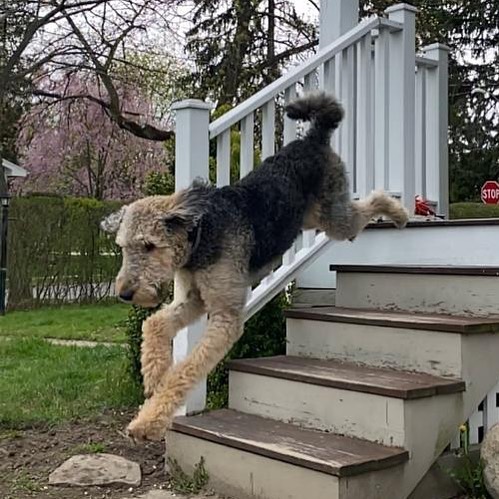 One of the biggest unknowns in hybrid dogs today is health.

This is because you are assessing the individual medical history of two long-standing purebred dogs and combining these genes in the pups.

So you need to invest the time to learn all about possible health issues your Airedoodle puppy will inherit from either parent animal.

Check out the CHIC database for the most up-to-date health testing recommendations for Standard Poodles, Miniature Poodles, and Toy Poodles. 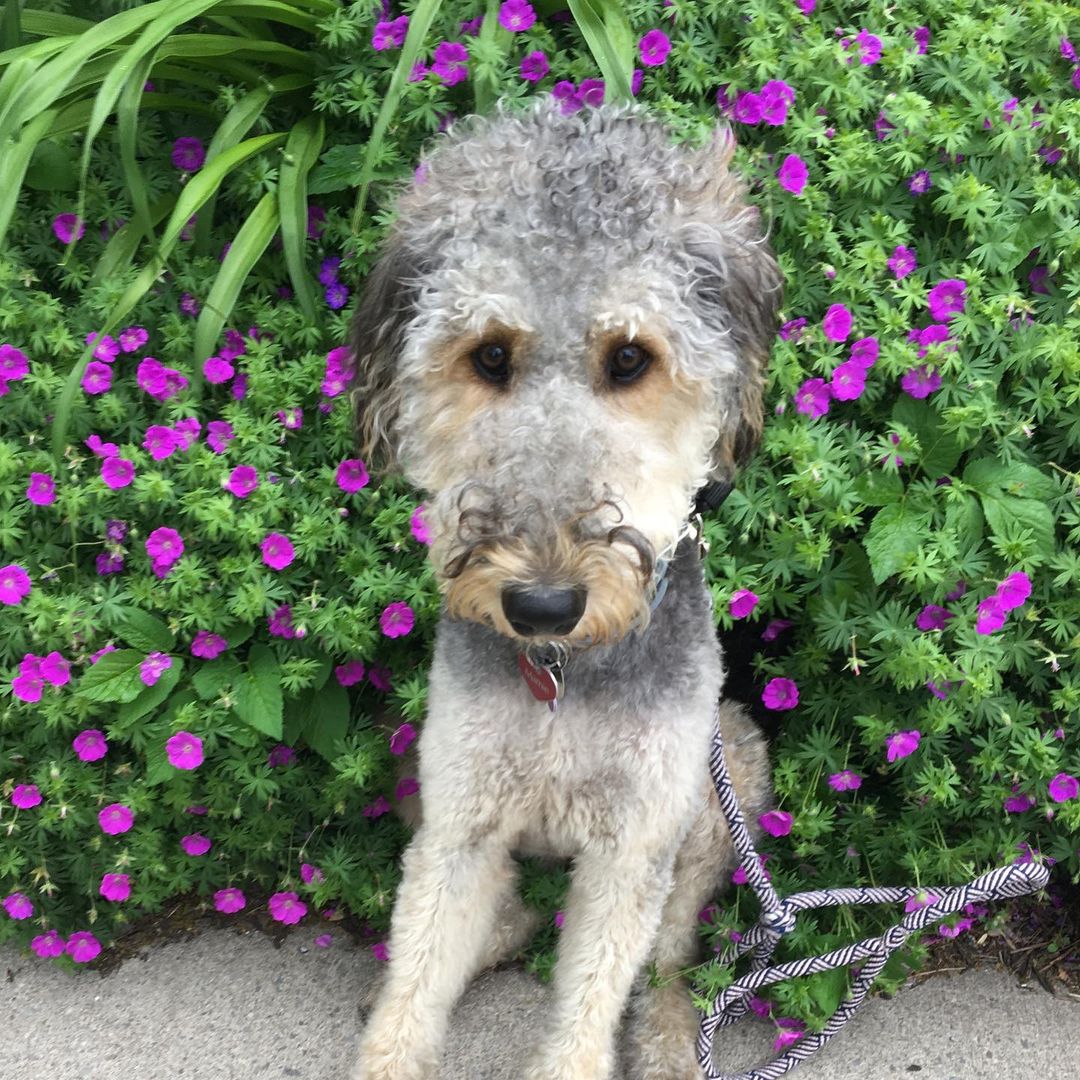 Both the poodle and the Airedale terrier are incredibly intelligent dog breeds.

The most important part of training Airedoodles consists of two parts: you should always use positive training methods and train consistently.

You can expect your Airedoodle puppy to thrive with early and ongoing training and social contact with family, new people, and other dogs.

The Airedoodle is a great athlete and will very well excel in agility, rally, show, K-9, and service and therapy dog ​​training.

Is an Airedale Poodle a Good Family Dog?

The Airedoodle is also a great family dog ​​for families with young children.

However, because both the Airedale Terrier and Poodle have strong prey, this may not be the ideal dog for families with other vulnerable pets.

How to Pick an Airedoodle Puppy 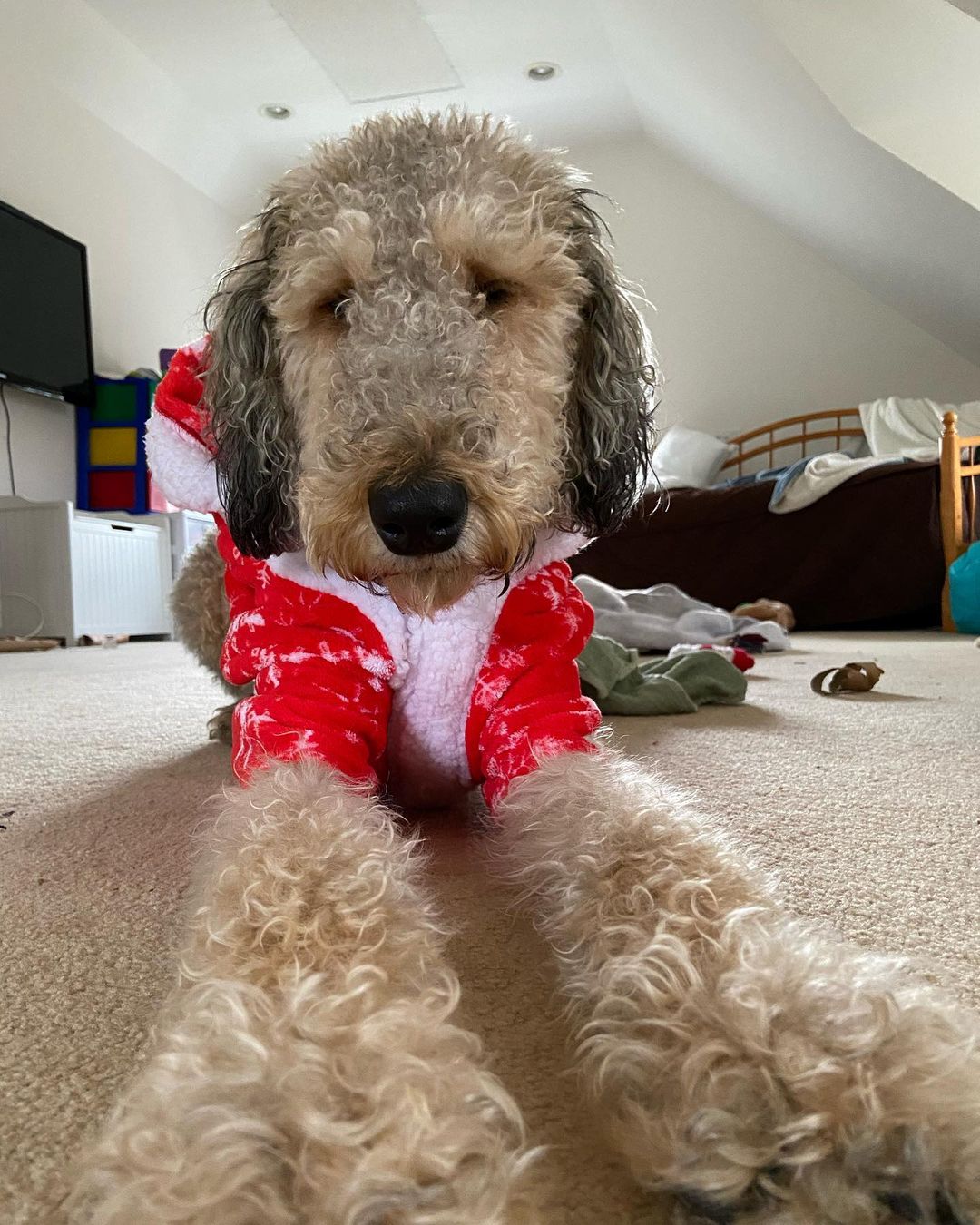 It’s not easy to choose from a litter of very cute Airedoodle puppies – you can count on that!

Here is the best way to go by first finding reputable and responsible Airedoodle breeders who will complete all of the required and recommended health tests before starting their parent dog breeding.

Airedoodle rescue is another great way to find an Airedoodle puppy, and you can often pay less for the rehoming fee when working in a rescue home.

Should I Get an Airedale Terrier Poodle Mix?

The Airedale Terrier Mixed Poodle Dog has a lot going for it when you have the time to give this wonderful hybrid dog an active, enriching life!