Akita Inu is spitz dogs bred in the north of Japan (Akita prefecture). They have a muscular build and dense short hair. The character is dominant, independent, requiring persistent training and a respectful attitude. This breed is suitable for experienced dog breeders, calm, self-confident people. There are two lineages, sometimes classified as different breeds: the Akita Inu (“authentic” subspecies) and the American Akita. 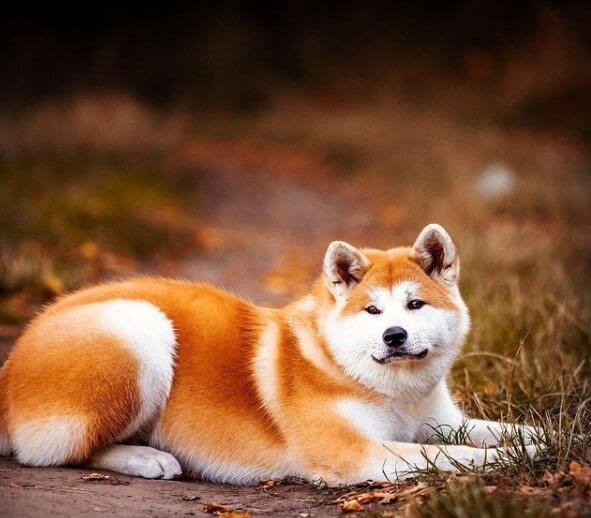 History of the Akita Inu Breed 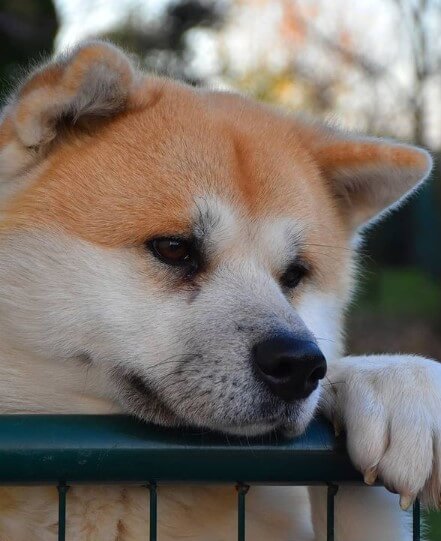 The Japanese Akita Inu dog is a legendary pet in Japan, known to the locals for a long time. Do not confuse the Japanese Akita and the American – they are different dogs. The Japanese Akita Inu originated in northern Japan in the Akita province – this is how the dogs got their name. It is not known for certain when exactly these animals were formed as a breed, however, the first written evidence dates back to the early 17th century. In those distant times, the Akita Inu was used to protect the imperial family.

In addition, members of the imperial family loved to hunt small and large game with these dogs – it’s hard to believe, but they even went with them to hunt a bear. This very clearly characterizes the personality of the animal, because the Akita has a bold and at the same time good-natured character. To understand the kindness of these dogs, you can give a vivid example – in the London zoo, the baby Akita Inu was once used as a nanny-elder brother for a tiger cub. And the dog coped with this task perfectly.

The first Akita Inu came to America in 1937, together with Hellen Keller, an outstanding deaf-blind-mute woman of her time. Hellen came up with this idea after visiting the Hachiko dog statue located in Shibuya. Hearing about the extraordinary devotion of this animal, as well as about the history of these dogs in general, Hellen decided to take one Akita with her. Her name was Kamikaze-go.

In the postwar period, American military personnel brought these dogs home from Japan, which formed a separate breed of American Akita. However, to this day there is a dispute among breeders regarding the difference between the Japanese and American Akita Inu breeds since the Japanese do not want to recognize the American dogs as a separate breed. Moreover, many adhere to this rule even today, despite the fact that the dispute has been going on for more than half a century.

Appearance and Special Features of the Breed 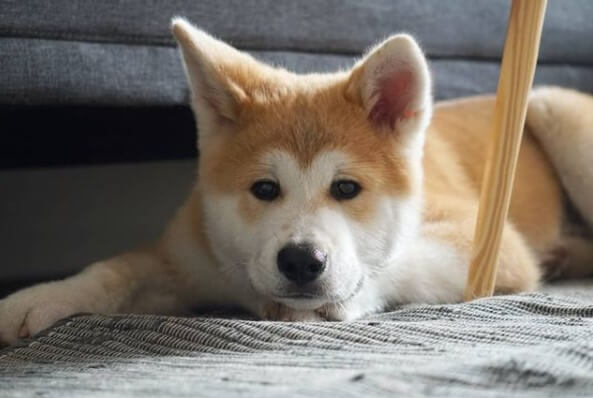 Akita Inu thrives in temperate or cold climates. Among the characteristic features:

An adult male has a height of 66-71 cm at the withers, weighing from 45 to 59 kg. Female dogs are 61-66 cm tall, weighing 32 to 45 kg, while their body length is slightly longer than that of males. The Japanese version of the breed is slightly lighter and smaller. Eight-week-old puppies usually have the following parameters:

The growth of dogs is slow, the development of the animal finally ends only by 3 years. Puppies are quite actively gaining weight (up to 7 kg per month), after reaching 35-49 kg, their development slows down greatly but does not end until the age of three. Don’t worry if your pet doesn’t quite fit into the existing growth charts, this is very general information. 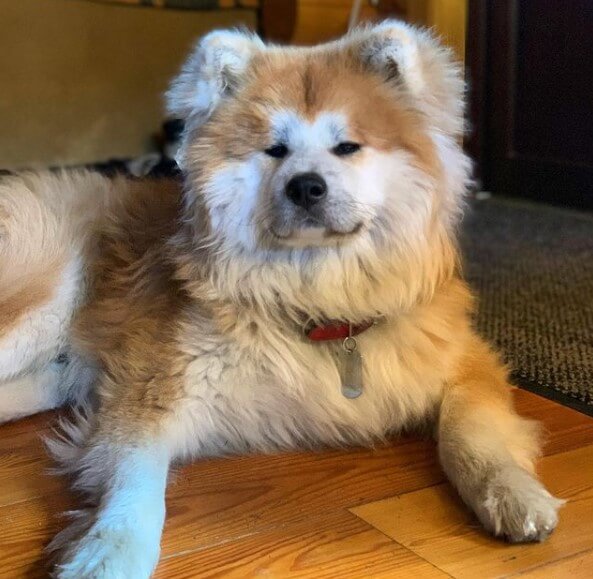 The classic standard is a dense short coat (about 5 cm), which is slightly longer on the neck and tail. The cover is erect, dense, and needle-like, the undercoat is very dense and fluffy. Akita Inu can only have this color:

American Akita comes in any color. Long-haired dogs are often born – this is the result of a combination of recessive genes of the father and mother. They are the same by nature but do not fit into the standard. 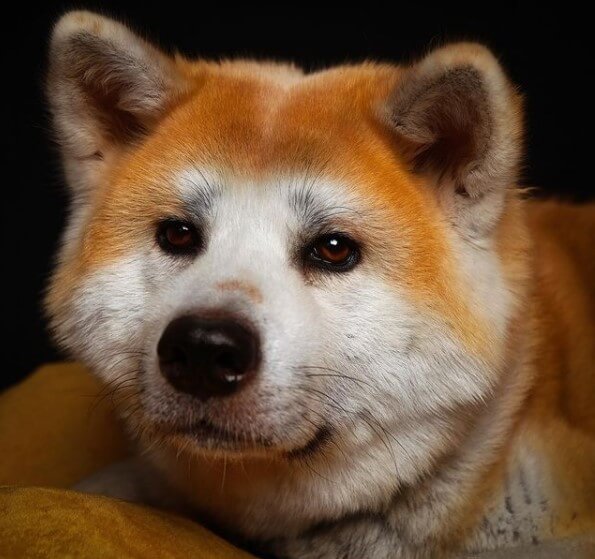 The life span of the Akita Inu is approximately 10-12 years. Females live a little longer than males, but statistically, the difference is small – only about 2 months. This indicator is the same for both varieties of dogs. Before World War II, life expectancy was much longer – 14-15 years, but the bombing of Hiroshima and Nagasaki left its imprint on genetics forever. 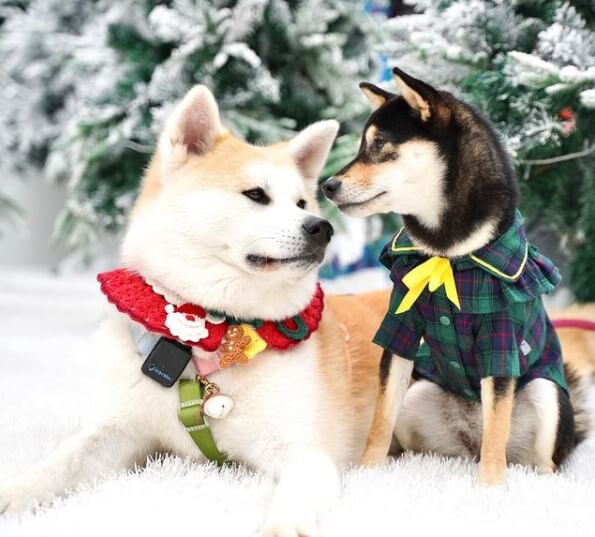 It is difficult to briefly describe the nature of this breed. Akitas are very versatile dogs. The American subspecies are distinguished by more serious habits, the Japanese are somewhat more playful and frivolous. At the same time, most of the representatives of the breed are not stupid couch pets or overly sullen dogs. There are several main character traits. 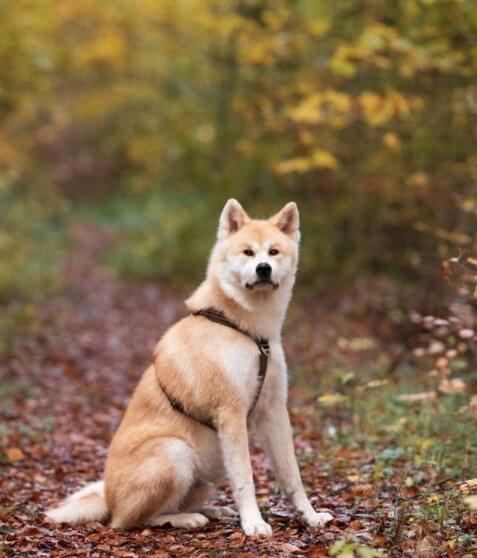 The foundation of upbringing is the socialization of babies. The most important period is from 3 weeks to 4 months – this completely determines whether a dog can get along with a person or not, whether it grows up aggressive, how it will react to new people and animals in the future. Akita Inu must understand that only the owner defines the boundaries of his world, having the rights of a leader. Introduce the dog to as many places, events, people as possible. The understanding of the world, which was laid down at this stage, takes root by the year and can no longer be corrected. Keep in mind that before “going out into the world” you should get all vaccinations and wait for a little.

From the first day the puppy moves to a new home, a hierarchy should be designated. Some owners like babies so much that they allow them to behave in an inappropriate way, but already at a tender age Akita understands everything and probes the boundaries of his leadership. The owner should be caring, loving, and calm, but with a strong character. If the dog does not recognize it as an undeniable dominant, trouble will soon arise. It comes to the point that some people abandon or even put the dog to sleep, not coping with its education. A few more points are of great importance. 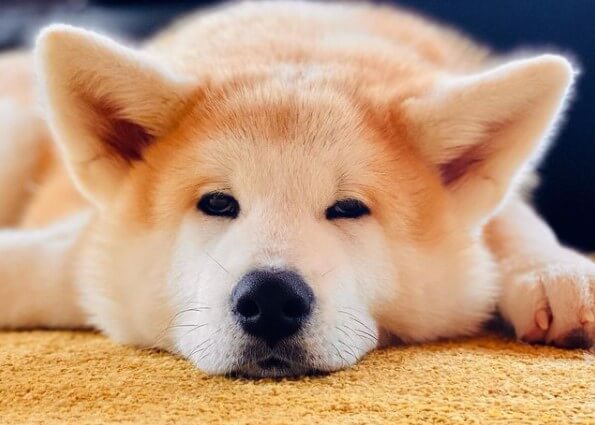 Despite the dislike for confined space, Akita Inu is well suited for living in a city apartment, and for keeping in a private house. In any case, it is imperative to provide long walks during which the dog can exercise its energy. Start knowing the world around you after passing all the vaccinations. 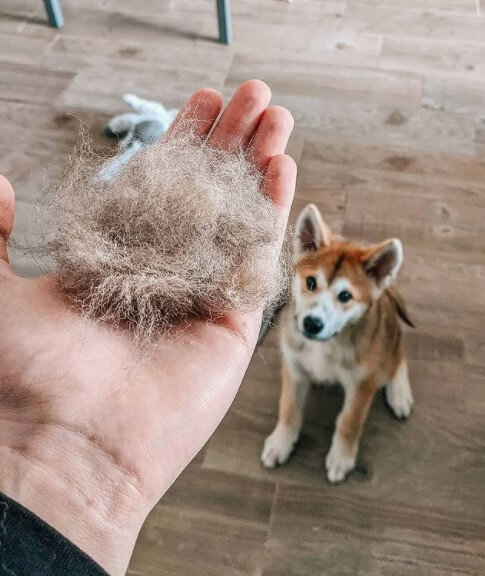 Akita Inu sheds heavily twice a year: from January to February and from May to June. During this period, the dog needs to be brushed every day or at least 3-4 times a week. The rest of the time, combing out 4 times a month is enough. Constant shedding is possible in a home with very warm, dry air. Another reason is an illness or improper diet. There is no need to cut and trim the pet’s coat. There are other recommendations for care.

Teach your dog to any procedure even as a puppy. With an adult dog, you can simply not cope or cause stress and loss of trust. 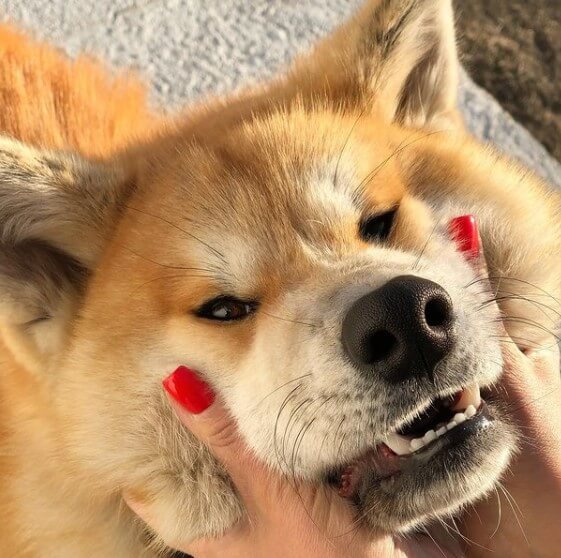 This breed is in good health, provided that the puppy does not have serious congenital defects. Sometimes they suffer from genetic diseases and are sensitive to certain drugs. Among congenital and acquired / age-related ailments, there are: 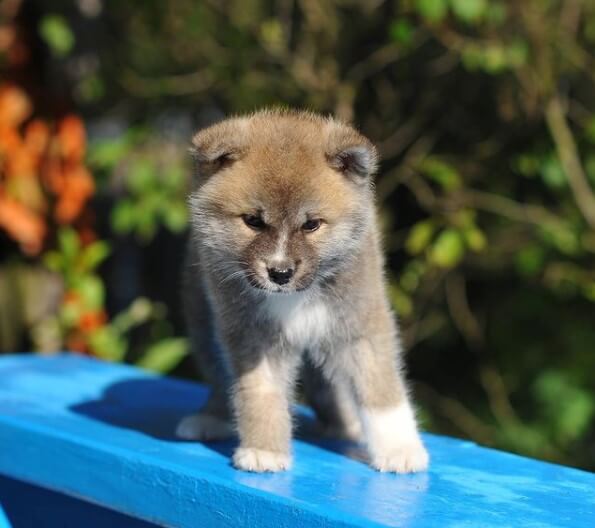 You can buy purebred puppies only from large reliable breeders. The main signs of a healthy baby Akita Inu breed:

Pay attention to the color and shape of the Akita Inu’s eyes – if they are round and light, this is not a purebred pet. Features of the eye cut are necessarily congenital, and the color changes with age only to a lighter one. The bite must be correct, the pigmentation of the nose and mouth must be uniform. If you are buying a puppy over six months old, and his tail has not yet twirled, this is a bad sign. If you plan to participate in contests, exhibitions, then it is better to choose a baby with an experienced dog handler. When purchasing a regular pet, it is enough to use the above criteria.