The character of the American Wirehair

This cat is a born hunter. Whether playing with their humans or conspecifics or outdoors: the American Wirehair will proudly present its prey to you. She is playful and will continue to pursue this instinct into old age. Be sure to give her lots of game units as gifts.

The American Wirehaired observes their environment attentively and is very inquisitive. To see your home through their eyes. See which danger spots appear or which fragile objects the inquisitive velvet paw shouldn’t find a place for. Then neither you nor your cat will experience any nasty surprises. 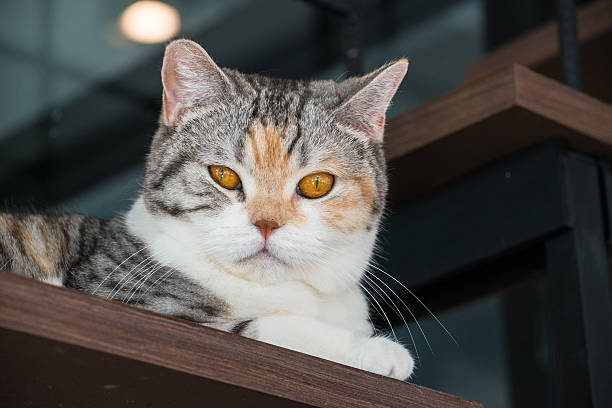 The American Wirehair is very attached to its people. She greets you lovingly when you come home. If you then offer her a place on your lap and pet her extensively, she will purr with satisfaction. However, this moment of calm will not last too long, because they are drawn too much back to the highest scratching post level, to their favorite toy or outdoors.

The American Wirehair does not know fear. She is too trusting and good-natured for that. She, therefore, feels most comfortable in company, also with another feline roommate.

The American Wirehair cat is named after its special coat. Have you ever petted a cat whose fur isn’t soft and silky? The American Wirehair offers you this opportunity. Their fur grows short and dense, and the top hair is curved at the top. Under the fingertips, this feels like a lamb’s skin.

The fur comes in different colors. Possible colors include black, white, cream, red, and blue. The coat markings can be mackerel (tabby) or three-colored (calico). Two-tone American Wirehair cats with, for example, white body color and black or blue spots are also approved for breeding. Only dark brown and cinnamon are not allowed.

Especially with the lighter American Wirehair specimens, you should make sure that they do not stay in the sun too much, as they are sensitive to UV radiation. Grooming the American Wirehair, on the other hand, is uncomplicated: weekly brushing is sufficient.

The American Wirehair is muscular and powerfully built. Her strong legs reveal at first glance that she likes to jump. They end in oval paws.

Their large, often bright yellow eyes, which can also be blue in white cats, look attentively out into the world. They are slightly slanted and are far apart. The eyes are usually green in silver-coated American Wirehairs and golden in brown tabbies.

Her head, with high cheekbones and prominent whisker pads, is rounded off by medium-sized ears, often with tufts of hair. Notice this: Even the American Wirehair’s whiskers are curled.

An attitude of the American Wirehair

The American Wirehair stands for movement. Therefore, you should offer her as much employment as possible. Intelligence toys challenge her, hunting games through the apartment or with her family also sweeten her everyday life. She can keep herself busy on her own but loves to live with a family. Therefore, she is happy about a conspecific. But she is also open to dogs and other pets. Children who don’t treat them like toys will also have a lot of fun with this lively, fun-loving cat animal.

If you keep the American Wirehair in an apartment, it must have sufficient opportunities to climb, hide and play. A secure balcony or – even better – a secure garden makes the heart of the little tiger beat faster. This cat is also an avid outdoor cat, especially in rural areas.

A little hint: The more intensely the American Wirehaired seeks you near you in the evening, the greater the likelihood that she is not fully utilized in her everyday life. If you work during the day, your indoor cat will oversleep a lot of the time and thus only use up a little energy. So take the time to deal with it. Then she will remain a loving, independent, and well-balanced cat.

The breeder found out that the gene for this type of coat is inherited in a dominant manner, i.e. only one parent had to carry it. Depending on the texture of the fur, the hair curls to different degrees and at different speeds. For some kittens immediately after birth, for others only after four to six months.

The American Wirehair was officially recognized as a separate breed in 1977 and is now particularly popular on the North American continent. 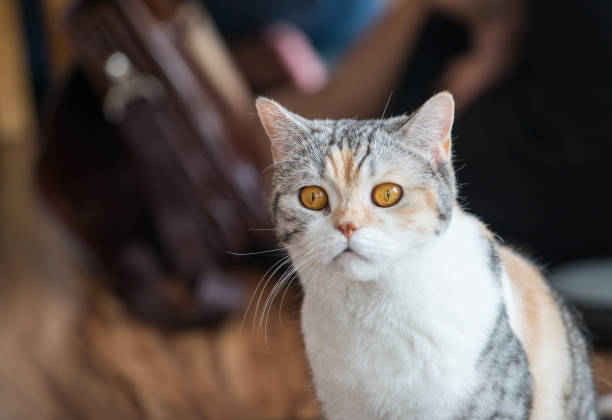 If you suffer from a cat dander allergy, the American Wirehair could be your next cat: they produce little to no enzyme that triggers the allergy.

The American Wirehair is mainly bred in the United States and is still very rare in Europe. To find a reliable breeder, it makes sense to get in touch with the Cat Fanciers Association (CFA) and get contact details from professional breeders in the area.