Veterinarians are often asked: Can cats have Down Syndrome? The short answer is no, cats cannot have Down syndrome, but there are many other medical conditions a cat can have that appear to resemble the condition. Remember that regardless of the symptoms, you should always seek the advice of a veterinarian if anything seems to be wrong with your cat medically. Here’s what you need to know about why cats can’t have Down Syndrome and what other conditions cats can have. Why Can’t Cats Have Down Syndrome, Can Humans?

Cats with Down Syndrome is a congenital disorder caused by the presence of an extra 21st chromosome. Humans have a total of 23 pairs of chromosomes. This can lead to birth defects that affect a person both physically and mentally. Common symptoms in humans include a shorter neck, reduced muscle tone, and a smaller head, mouth, and ears. So why can’t cats have Down Syndrome? 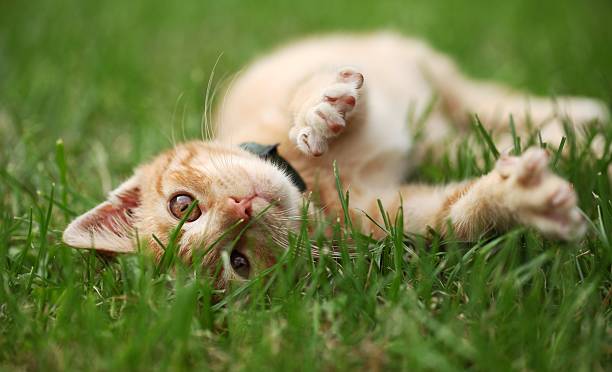 Well, the answer is that cats only have 19 pairs of chromosomes, so there’s no way they could actually have the condition since they’re 21. What Conditions in Cats Could Down Syndrome image credit MFA Photo/, Getty Images since resembling the rise of social media. There have been many reports of cat pictures going viral where the original poster suggested their cat had Down Syndrome. That’s not possible, but there are cases where a cat looks like it has it. Some of these symptoms are a pinched-looking nose that looks awkward, eyes wide apart or upturned when walking, and motor dysfunction.

Down Syndrome Symptoms in Cats

If your cat exhibits any of the symptoms listed, you should take her to the vet to find out the cause. Even though cats cannot be diagnosed with Down syndrome, they can have genetic disorders or similar diseases, which we’ll explore next.

What Causes Down Syndrome-Like Symptoms in Cats?

In short, different genetic disorders cause different disabilities in cats. Physical and behavioral abnormalities of what is known as Down syndrome in cats can indicate a whole range of other problems, from neurological disorders to infections and congenital abnormalities to trauma.

For example, cats infected with the panleukopenia virus in utero may develop multiple physical and other abnormalities resembling Down syndrome. Cats can also suffer from cerebellar hypoplasia, a condition that produces behavioral traits similar to Down syndrome.
Cat with wide-set eyes and a flat face

Cats whose mothers have been exposed to certain toxins can also have various birth defects. These toxins can affect the facial structure and the neurological system. Any type of trauma to the face and head, especially at a very young age, can result in permanent neurological damage and physical injuries that appear to be present from birth.

Your veterinarian can perform x-rays, genetic testing, and other specific tests to determine if your pet has a genetic disorder or disease. There are cases where cats have been diagnosed with a genetic disorder very similar to what is known as feline Down Syndrome. 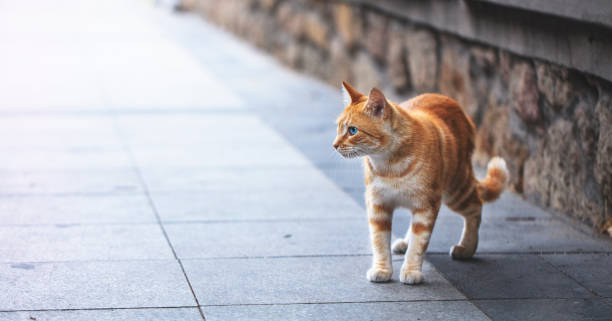 There is one more thing that you might want to consider. When your cat is diagnosed with a condition that requires surgery, she will need special supplies. For example, if your cat has just had surgery or has a joint problem in its neck and shoulder blades, you need to be careful with its collar. In such cases, ask your veterinarian for help in choosing the right collar for your feline friend.

If a cat has any of these symptoms, there is a chance the cat has been infected with the panleukopenia virus, which is found in the uterus. The cat could also be affected by cerebellar hypoplasia, which is a neurological condition. A kitten that suffers head trauma at a very young age may also appear to have Down Syndrome. In some cases, when the mother cat interacts with a range of toxic substances, she can produce a litter containing kittens with impaired neurological systems. As always, if you suspect your cat has a problem, no matter what you think the cause is, it is important to speak to a professional veterinarian before taking any further steps or action.