If a dog sneezes backward, the sound is reminiscent of a rattle. But the dog is tense and has a real sneezing fit. You can find out here whether reverse sneezing is dangerous in dogs and why it happens.

In fact, reverse sneezing (also known as reverse sneezing) is common in dogs. Short-headed dogs are particularly affected, i.e. breeds such as Chihuahuas, Cavalier King Charles Spaniels, or Boxers. But what does it actually look like when a dog sneezes backward and what are the causes of this symptom?

What is reverse sneezing in dogs? When a dog sneezes normally, air is forced out of the nose quickly and suddenly. As the name suggests, backward sneezing works the other way around: Air is suddenly sucked in several times. The dog’s body is tense.

Dogs stretch their necks out and spread their elbows when they sneeze backwards. They make a noise reminiscent of rattling or snoring. Back sneezing lasts a few seconds, rarely a few minutes. When the attack is over, the dogs behave completely normally again.

This is what reverse sneezing looks like in a dog:

If your dog sneezes backwards, you should remain calm. Some dogs get nervous about reverse sneezing because they’re not used to it. Show him everything is ok to avoid panic.

This is how reverse sneezing occurs 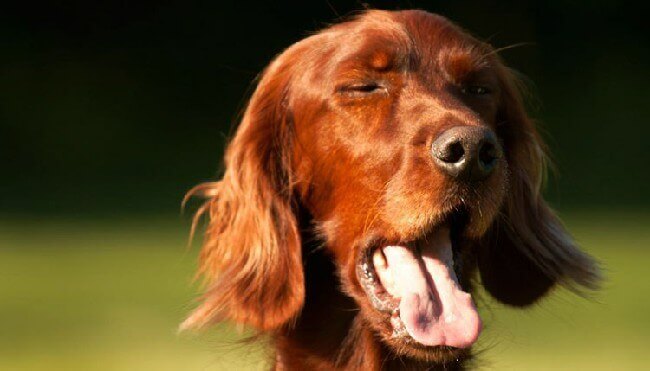 Back sneezing is triggered in dogs when their throat or palate cramps. This happens when the dog’s throat, pharynx, or larynx becomes irritated. The spasm in the throat manifests itself as a rapid, jerky intake of air through the nose – backward sneezing.

Whether reverse sneezing is dangerous or not depends primarily on what is irritating the dog’s throat, throat, or larynx. Harmless triggers can be responsible for this, such as

If the dog sneezes backwards more frequently and for longer, this can be an indication of a serious illness. As a precaution, have your dog examined by a veterinarian. Examples of triggers that should definitely be treated include:

Pulling the collar hard or a collar that is too tight can also cause reverse sneezing. Just as heavy physical exertion. You can easily avoid these triggers.

If you sneeze backwards, be sure to film your dog. Show the video to your vet for assessment. They can certainly tell you why reverse sneezing occurs and how to properly treat your dog.