The Beagle German Shepherd mix is ​​one of the many hybrids that has grown in popularity over the past few decades.

It is not surprising that this cross is becoming increasingly popular.

After all, the two parent breeds, the Beagle and the German Shepherd are both very popular on their own.

According to the American Kennel Club, the German Shepherd is the second most common breed in the United States and the most popular herding dog.

The Beagle is now the sixth largest and most popular dog breed in the country.

It seems that it was only a matter of time before these two breeds were crossed.

But not everyone agrees that so-called designer dogs are a good thing. 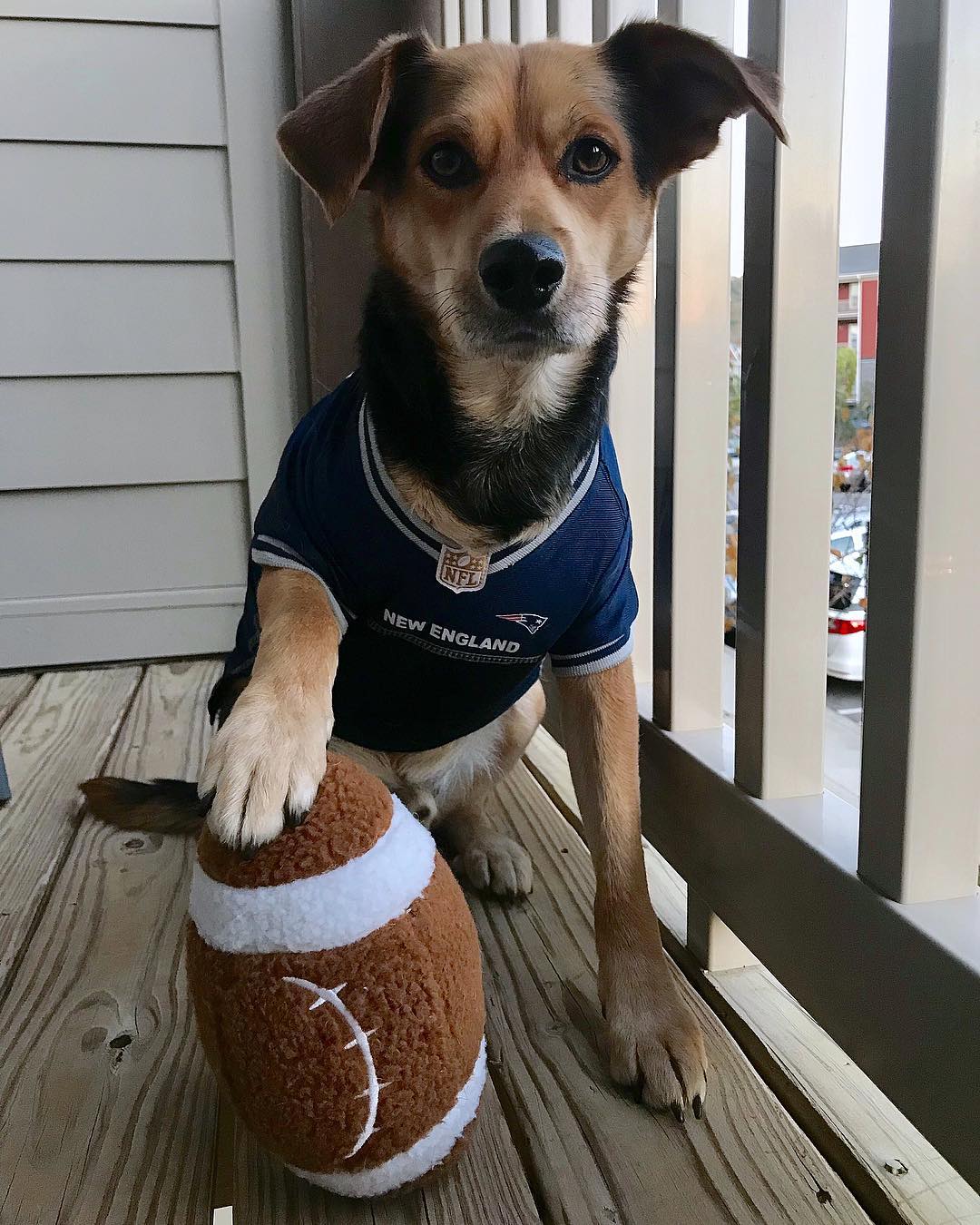 Designer dogs are the result of intentional crossbreeding of two purebred dogs of different breeds or offspring of two of the former with the same mix.

Some breeders and fans of purebred dogs claim that breeding designer dogs are inherently unethical, producing unhealthy, unpredictable dogs that are then overwhelming for breeders.

Because of the strict standards of compliance required of most purebred dog breeds, inbreeding is typically required, resulting in unhealthy dogs with genetic prerequisites for numerous health problems.

Mixed breeds, on the other hand, inherit their DNA from two different breeds, making them less likely to inherit health problems from either or both of their parents.

Where purebred proponents have a point is that the traits of mixed breeds are somewhat unpredictable.

Because they inherit their DNA from two different breeds, mixed breeds can acquire the traits of either parent breed without predicting which trait they will be obtained from which parents.

The more similar the two parent breeds are, the easier it is to predict the traits of their offspring, but the more likely the breeds will have common health problems.

But we’re here to talk about a specific crossbreed, the German Beagle mix. 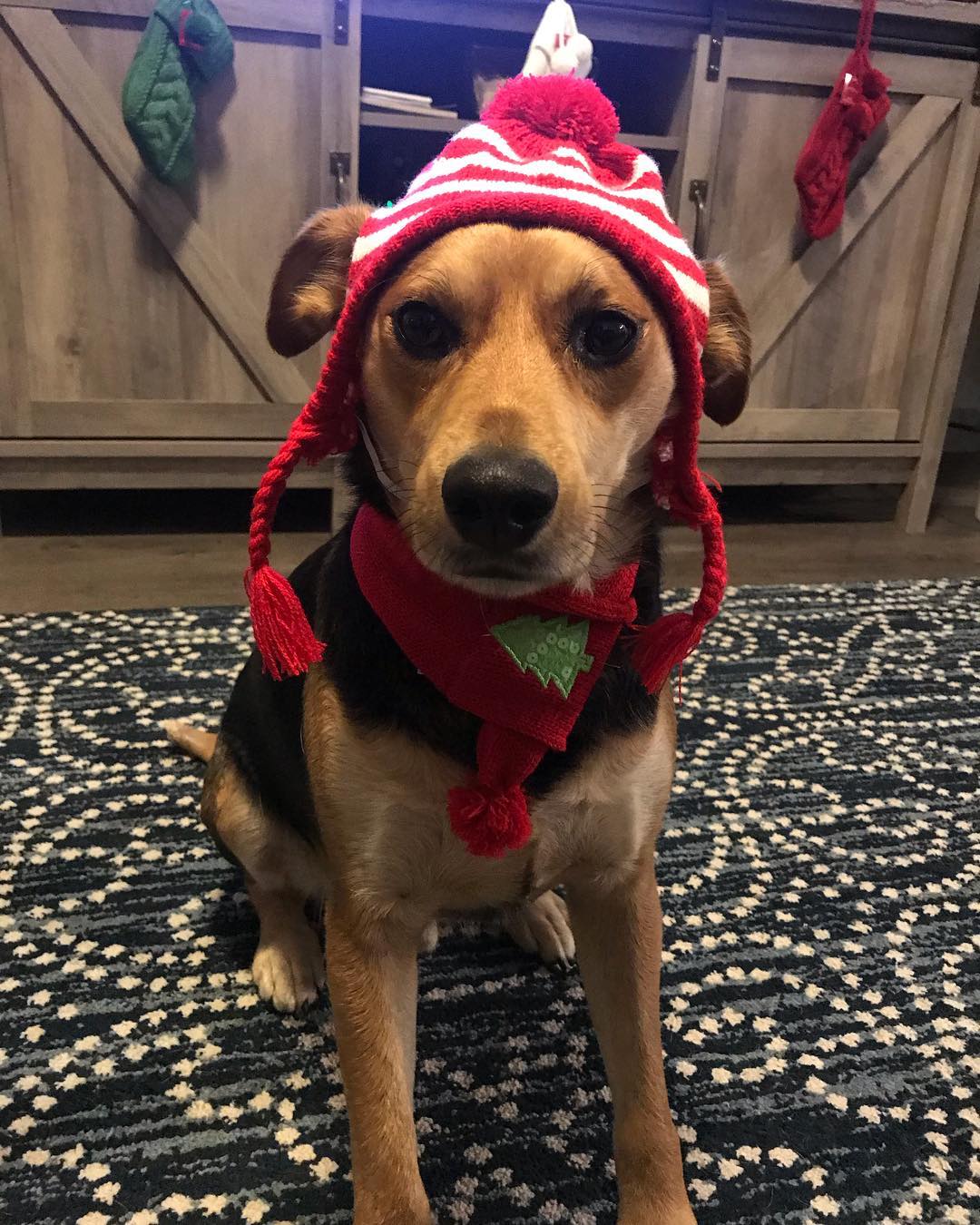 As with many mixed breeds, the origins of the Beagle and Shepherd mix are not known.

We can assume that deliberate crosses began in the past few decades and appear to be more common in the United States, but we don’t know for sure.

However, a look at the history of the two-parent breeds may provide some insight into the German Shepherd Beagle Cross.

The history of the beagle is not very clear. Scented dogs of similar size and shape have existed since ancient Greece, and the term “beagle” was used as a general term for small scented dogs in the Middle Ages.

The modern beagle appears to have emerged in the mid-19th century when British hunters crossed pedigree hunts such as harriers, north country beagles, and southern hounds to combat the decreasing numbers of small scented dogs. The history of the German Shepherd is much better understood.

The breed comes from a common European herding dog, the Continental Shepherd.

Due to the wide distribution and the lack of standardized breeding traits, there were massive differences between the dogs within the Continental Shepherd breed.

When standardized breeding became popular in Germany around 1890, breeders realized that it was no longer appropriate to consider “Continental Shepherd One” breeding.

Instead, it defined three different breeds: the Belgian Shepherd, the Dutch Shepherd, and of course the German Shepherd. 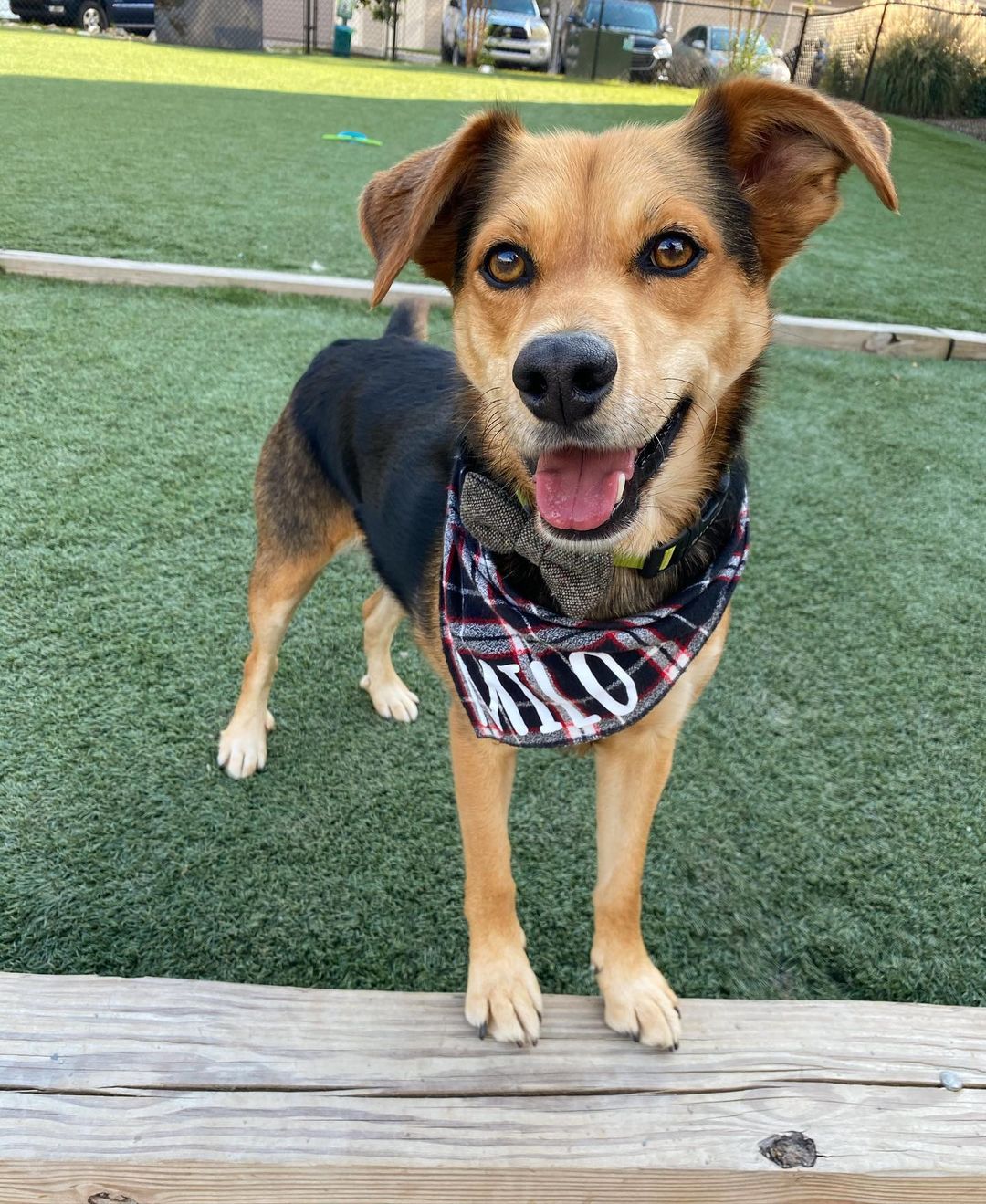 An approximate range for the Beagle Shepherd mix size can be predicted by looking at the size of each parent breed.

German Shepherds are large dogs with males that are 24 to 26 inches tall and weigh between 65 and 90 pounds.

Beagles are much smaller, usually, 13 to 15 inches tall and 20 to 30 pounds in weight, but smaller beagles are not uncommon. 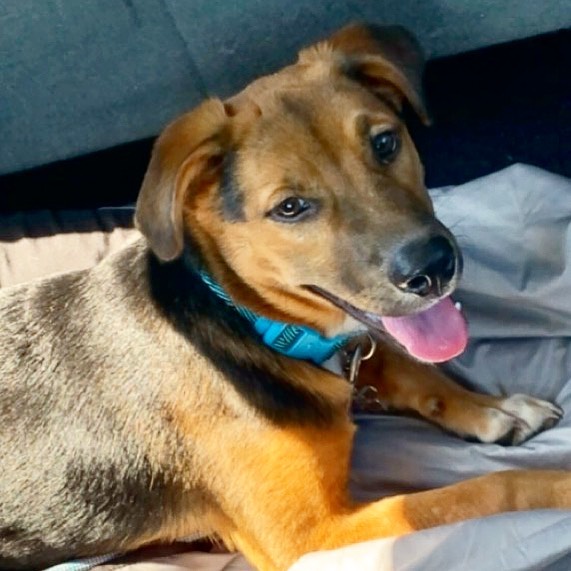 German Shepherd Beagle mix weight and size can be between the two parent breeds.

So a male Beagle German Shepherd mix could be between 13 and 26 inches tall and between 20 and 90 pounds in weight.

While a female Beagle German Shepherd mix can be anywhere from 13 to 24 inches tall and 20 to 70 pounds in weight.

Do you see what we mean by the unpredictable?

With that said, a Beagle Shepherd cross will usually (but not always) fall in the middle.

Females are usually between 15 and 22 inches tall and between 22 and 49 pounds.

Similarly, we can make generalizations about the coat of the Beagle German Shepherd mix.

Both the Beagle and the German Shepherd Dog have a thick, medium-length coat.

The coat is generally straight but can be slightly wavy and close to the body.

The fur around the neck can be longer and thicker, and the fur on the back of the legs can be slightly longer. Traits that can be inherited from the German Shepherd Dog.

Both the Beagle and the German Shepherd Dog can be two-tone or monochrome and can be black, blue, liver, red, brown, or white in color.

The beagle can also be three-colored and also have a lemon or deer color as well as checkmark patterns or mottlings. 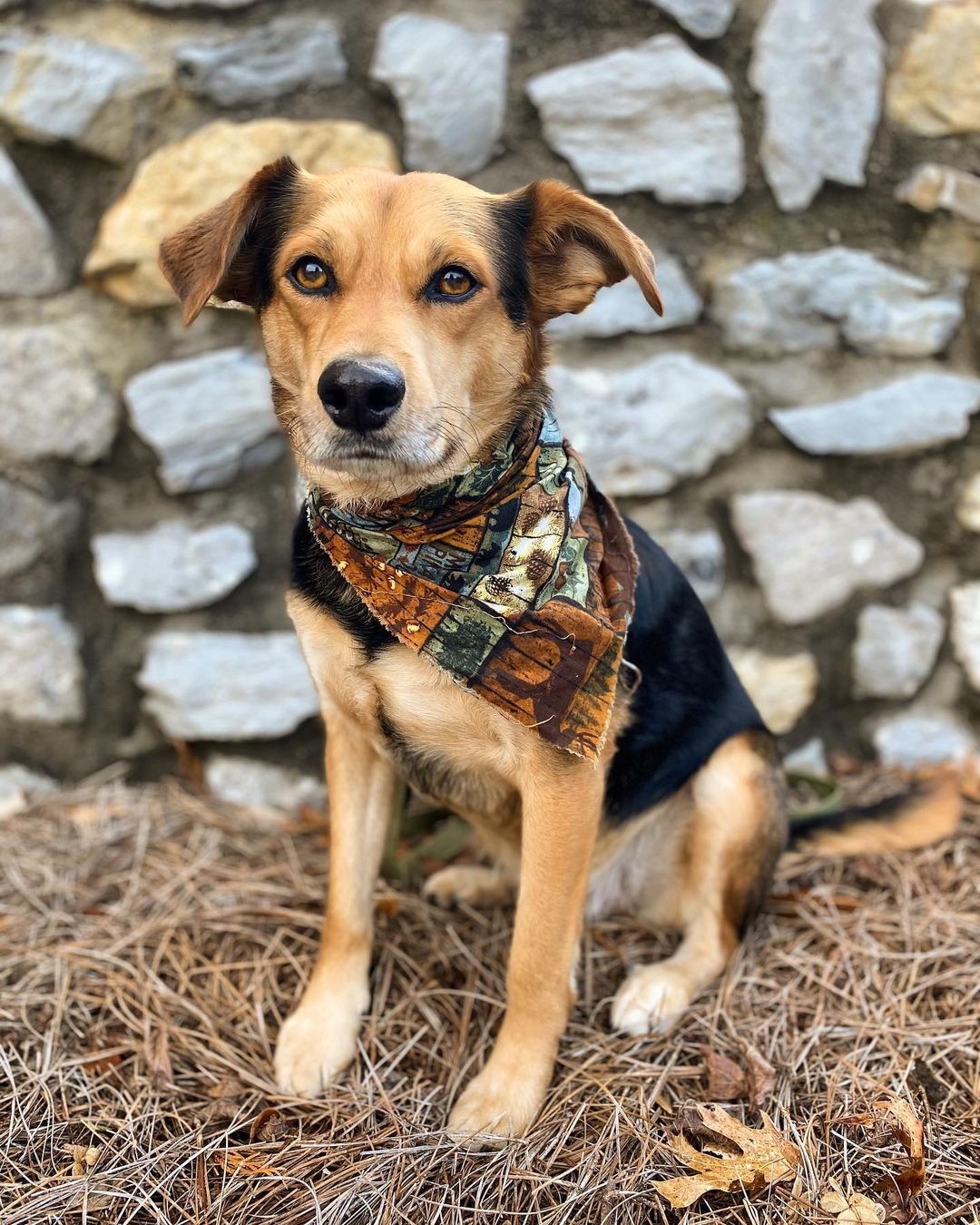 If the Beagle German Shepherd mix inherits the Beagle’s droopy ears, which can be prone to infection, they need to be checked weekly for moisture and infection.

The Beagle German Shepherd mix will shed slightly year-round, but more vigorous in the spring to remove the heavier winter coat.

The Beagle German Shepherd mix needs brushing every few days (daily during the shedding season) and an occasional bath.

The temperament can be expected to be confident, intelligent, alert, curious, patient with children, and suspicious of strangers.

The German Shepherd Dog tends to be determined and obedient.

They protect their families and their territory.

Beagles are friendly, happy, and excitable.

You can shy away from strangers at first but are easy to convince, especially with treats.

The Beagle and Shepherd mix could have these characteristics. 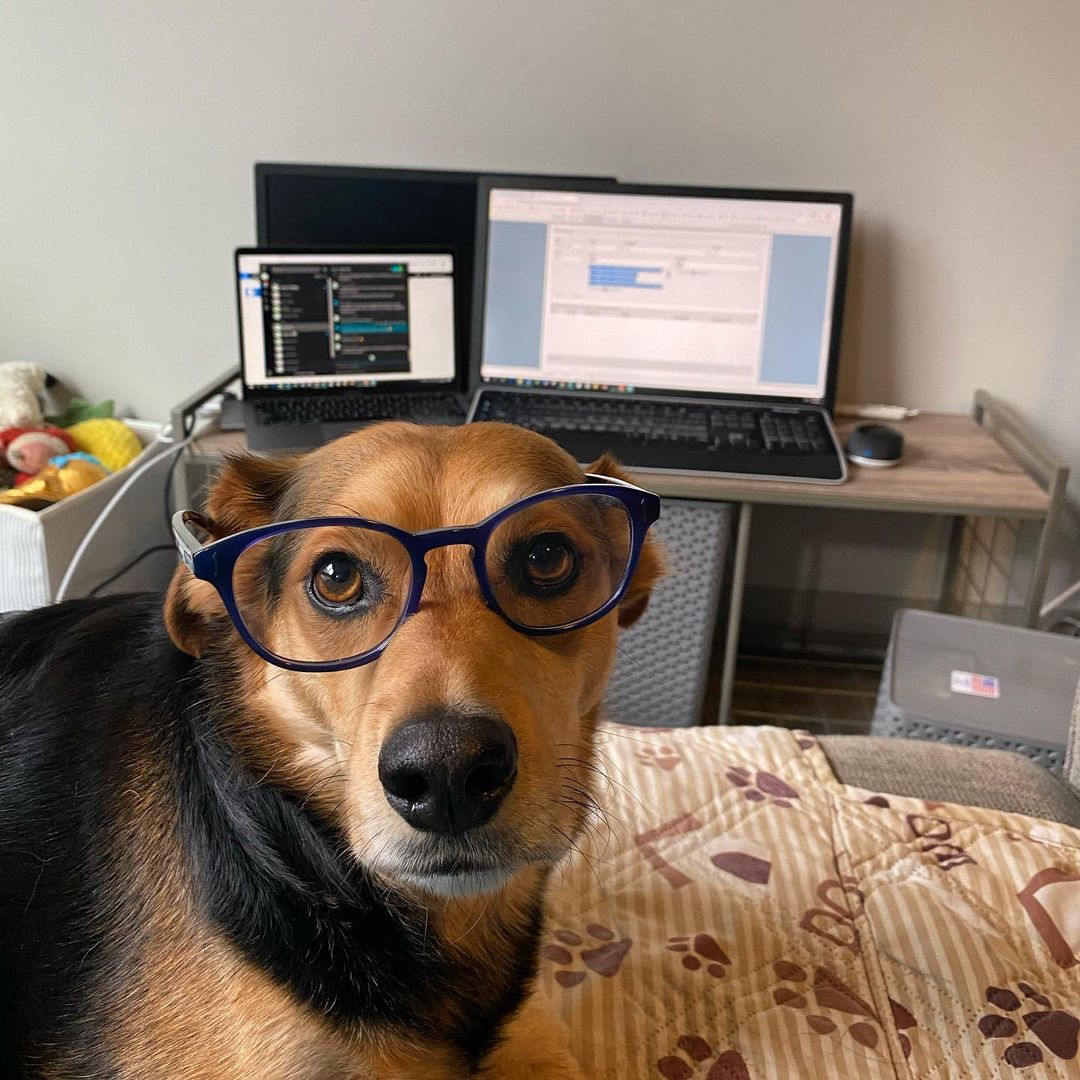 The German beagle mix is ​​active and requires a lot of exercises.

The Beagle Shepherd Cross requires at least an hour of exercise daily and should run a total of about 12 miles per week.

A German Shepherd-Beagle mix that is not properly trained will have mental, physical, and behavioral problems.

The Beagle may also need companionship. In this case, a constant human or dog companion is also required to avoid problems.

The German Shepherd Beagle Cross should never be left off the leash unless it is in a properly fenced area as it is highly scented.

Fortunately, the Beagle and German Shepherd mix loves their family and is eager to learn and please.

Consistent, reward-based training, like early socialization, is the key to good results.

Exposing the dog to strangers early in life can help avoid problems with strangers later. 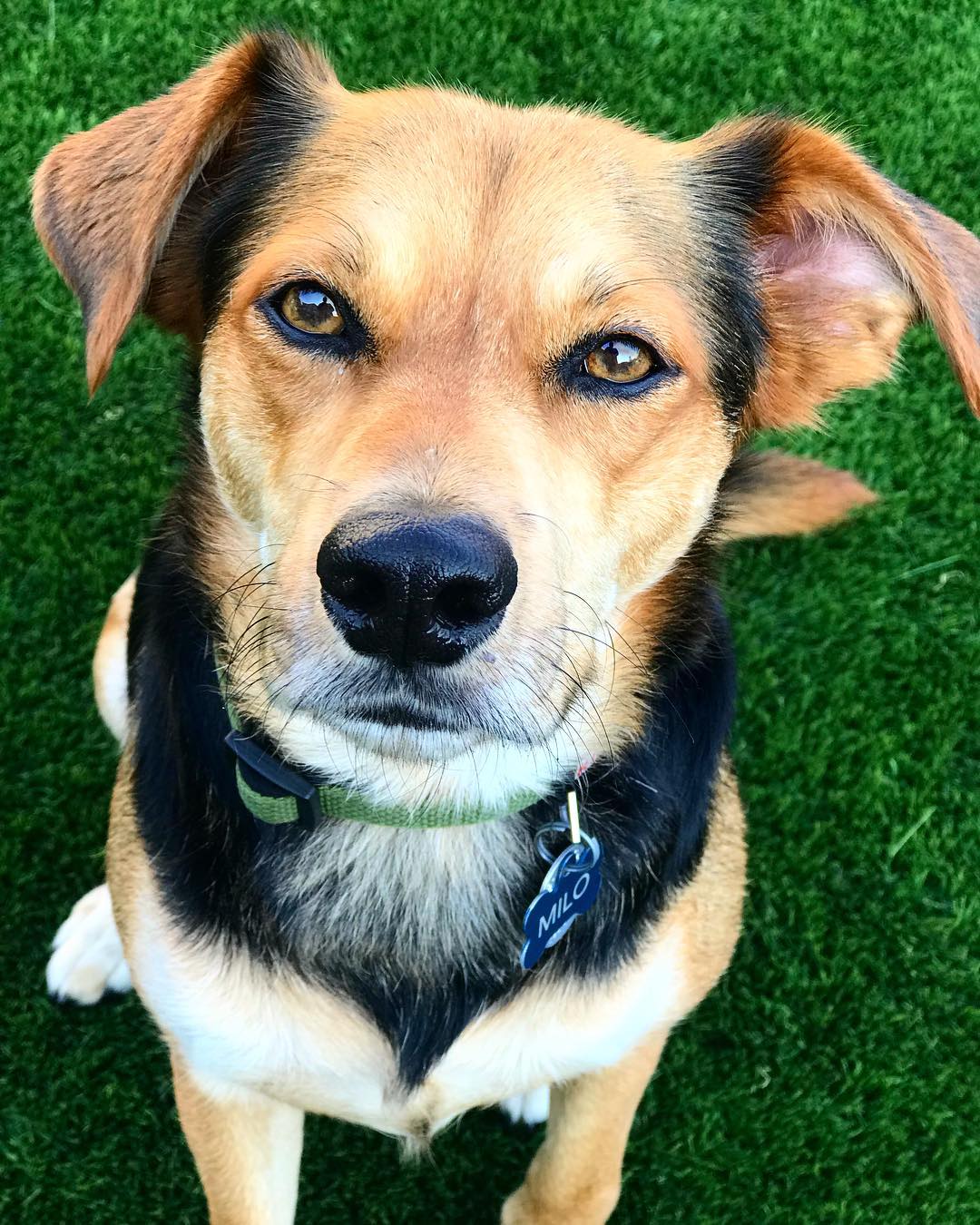 Both German Shepherds and Beagles are prone to hip dysplasia, degenerative myelopathy, and epilepsy. Therefore, these conditions are especially important to the Beagle and Shepherd mix.

According to the Orthopedic Foundation for Animals (OFA), hip dysplasia affects about a fifth of German shepherds and beagles.

So it can be assumed that it affects roughly the same number of German Beagle mix dogs.

Dysplasia occurs when the joint doesn’t shape properly, causing the joint to move when you move, causing pain and mobility.

This leads to loss of coordination and paralysis, while epilepsy is characterized by seizures for no apparent reason.

Beagles are disproportionately exposed to hypothyroidism and obesity, eye diseases such as glaucoma and corneal dystrophy, and factor VII deficiency.

So you can expect some risk in a Beagle Shepherd cross.

How to Pick a Beagle German Shepherd Mix Puppy

Now that you know a little more about the German Shepherd Beagle mix, let’s make a decision on choosing a healthy Beagle Shepherd puppy.

First and foremost, make sure the puppy is from healthy parents by making sure the parents have had genetic testing for health issues. 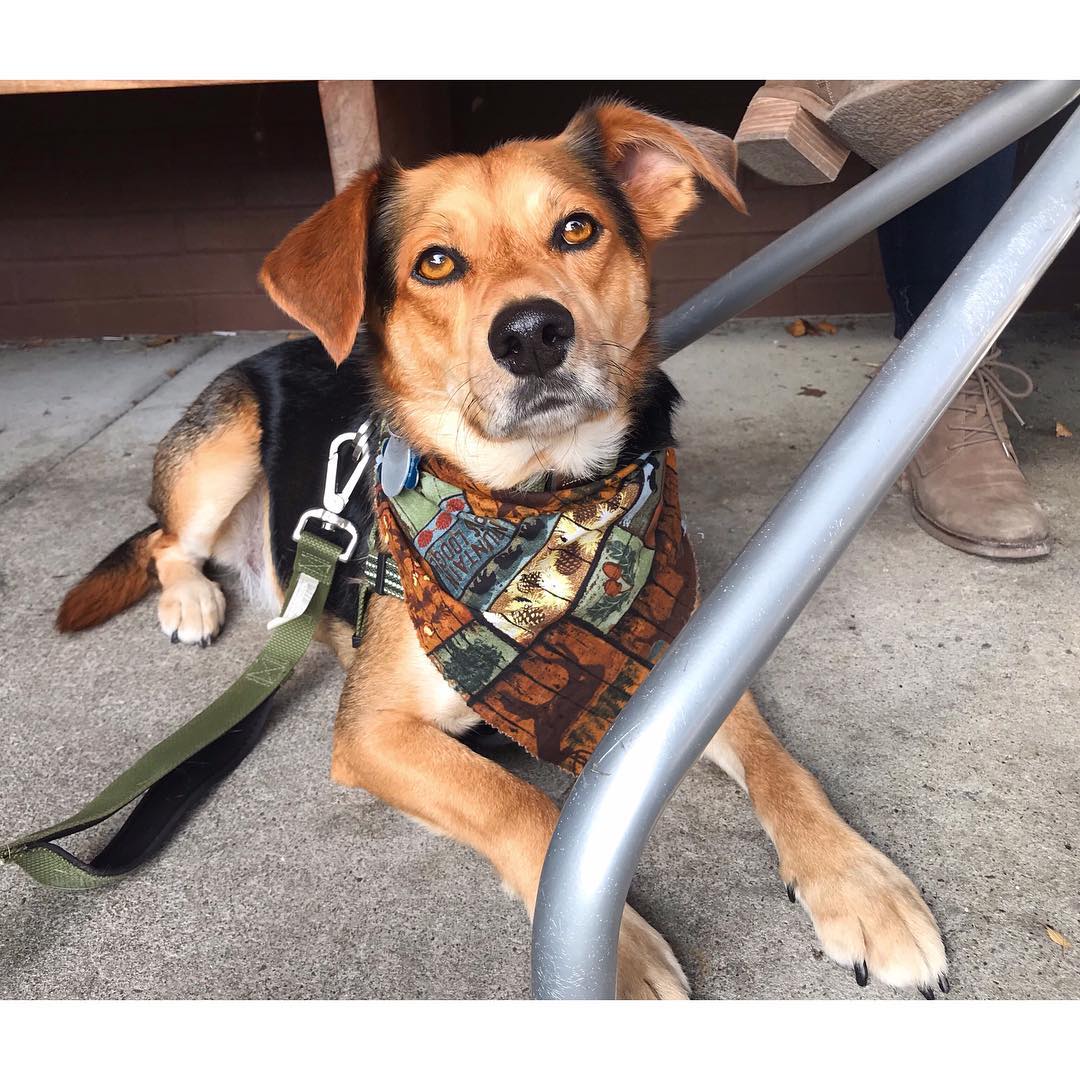 For registration, CHIC requires Beagles to have a hip dysplasia exam, an eye exam, a Musladin-Lueke syndrome test, and either a cardiac or thyroid exam.

They also recommend cardiac tests, an autoimmune thyroiditis exam, an eye exam, and a shepherd degenerative myelopathy test, but these are not required.

The more health tests the parents have gone through, the better.

The breeder should also allow you to meet the mother and any remaining puppies, as well as the father if he is present.

All dogs should be healthy and well cared for, and the mother should be either a working dog or a pet.

Both parents should be at least two years old and the mother should be the larger dog to reduce the chance of complications during pregnancy and childbirth.

The breeder should be able to provide references and guarantee the health of their puppies.

You should be willing to take the time to answer all of your questions and let you interact with the dogs.