Cavapom is a cross between two cute and adorable dog breeds: Cavalier King Charles Spaniel and Pomeranian. This is a cheerful fidget with an expressive appearance and good-natured character. It will revive any home with its own presence and will perfectly cope with the role of a reliable companion. So let’s get to know this amazing dog breed!

Since the Cavapom is a new designer dog breed, little is known about how they came about. It’s easier to go back to the two dog breeds that are the parents of the Cavapom.

The Cavalier King Charles Spaniel breed appeared at the beginning of the 17th century as a result of crossing the Japanese Chin with the Decorative Spaniel, which was already popular in Great Britain at that time. It was the favorite breed of King Charles II, who literally lost his head because of it. They say that a hundred of these Spaniels ran around the palace and that because of them the king neglected state affairs, and he himself was always accompanied by several such dogs. The breed was named in honor of this king, and the prefix “Cavalier” appeared later and marked the role in the history of England of supporters of another king from the Stuart dynasty, who also loved this breed very much, Charles I. According to legend, on the day of the execution of Charles, together with the owner, two of his dogs laid their heads on the block. The same legend explains why Spaniels sadly bury their heads in their paws: they remember this tragic event.

The small and friendly Pomeranian is descended from large northern breeds found in what is now Iceland and Switzerland. It is to these ancestors that he owes his thick and silky coat, endurance, and tireless energy. The first rock carvings and remains of ancient representatives of the species date back to the Stone Age, which undoubtedly makes the Pomeranian one of the most ancient dogs of our time. Surprising but true: the decorative Pomeranian is a relative of the Husky and the Samoyed.

For the first time in the 18th century, aristocrats and breeders from the Duchy of Pomerania, which was part of Germany, paid attention to intelligent and companionable dogs. The attractive appearance, combined with the charming character of the Spitz, was a discovery for the local nobility, experiments on breeding smaller individuals began. A special sensation among those wishing to have such pets was made precisely by miniature dogs. The first decorative individuals appeared precisely in Pomerania, but they differed in size from their modern counterparts by almost 3 times. Subsequently, selection continued in England and the United States, where it received its final form in the middle of the 20th century. 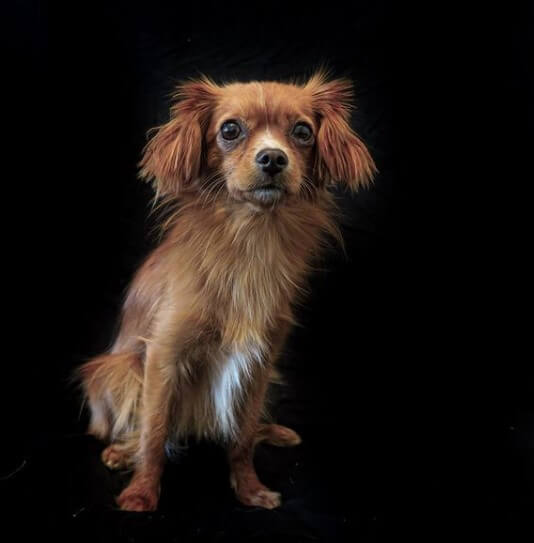 Since the Cavapom is a designer dog breed, puppies do not have set standards such as a specific weight or coat color.
Cavapom, depending on the acquired external data of parent breeds, weighs 8 to 20 pounds. Cavapom dogs can have either a coat similar to that of a Pomeranian, or a shorter fluffy coat, like the Cavalier King Charles Spaniel. Sometimes you get something in between hair of medium length, thick, and soft to the touch. 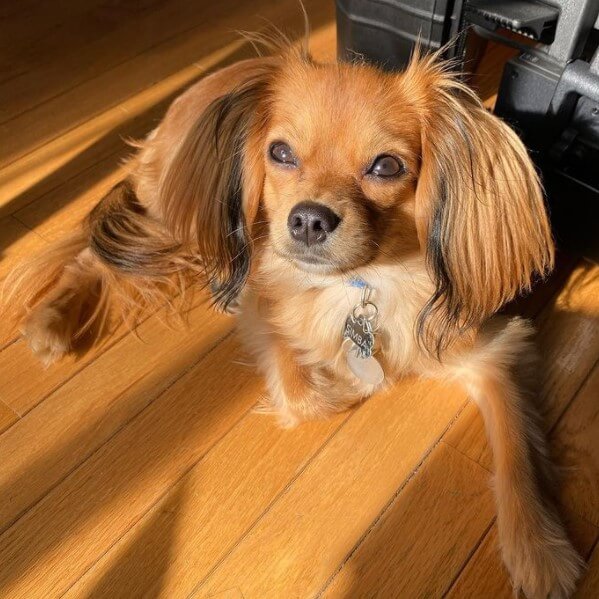 Both Cavapom parent breeds are friendly and active, so the Cavapom also has these character traits. These dogs are great friends and companions. Cavapom’s personality is lively and lively, they are very playful, smart, and quick-witted. Little companions are very attached to their owners and are ready to be in their company 24 hours a day.

If the owner leaves his pet for a long time, he may be offended. However, Cavapoms are not vindictive and quickly compensate for a long separation with increased attention to their owner. He easily adapts to the rhythm of family life – if the owners lead an active lifestyle, the little friend will be an excellent company on any walk or trip.

Some owners note the special love of their pets for loud barking. However, this problem can be solved with training. Another funny character trait of Cavapom is stubbornness and willfulness, a tendency to dominate other animals, inherited from the Pomeranian. It is better for the owners not to lose sight of their pet, he may well try to “dominate” the neighbor’s Sheepdog or St. Bernard. 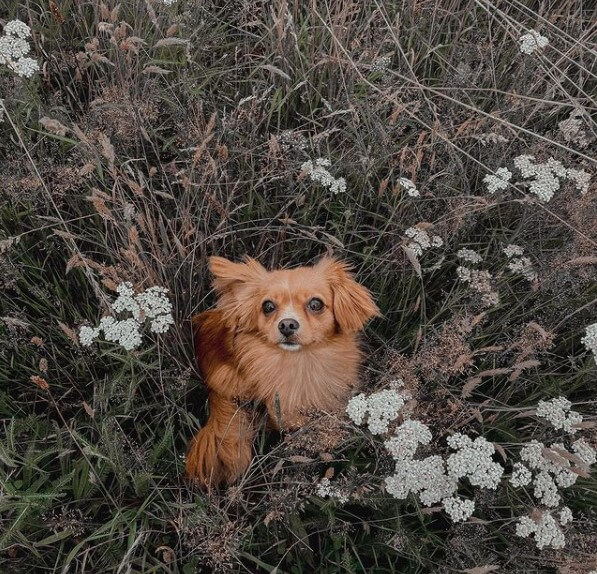 It all depends on the type of coat your Cavapom inherits. If he has a Pomeranian coat, it will take a long time to clean to keep it in order. If your Cavapom is similar to the Cavalier, it will need to be brushed regularly with a hard bristle brush to keep it clean. Also, remember to brush your pet’s teeth at least once a week.

For a timely release of the energy of his pet, he should be taken out for walks as often as possible, he loves to run and play. In general, the content of Cavapom will not create a lot of trouble for the owner and will bring a lot of pleasant moments. The owner will definitely not be bored while walking, so it is worth preparing a supply of various toys in advance. 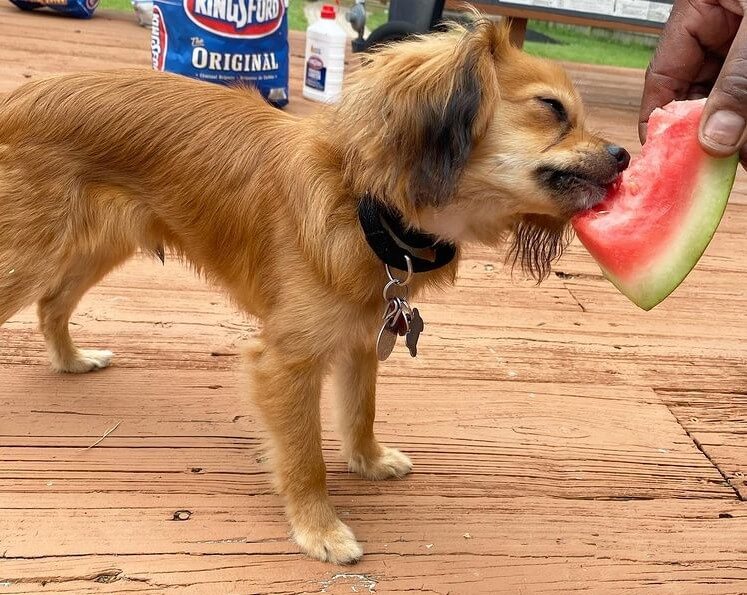 In addition to the above, dogs should also be given:

Small Cavapoms do not need serious mineral or vitamin supplements. Only during the period of active growth or as directed by a veterinarian are they given complex agents.

Dry food is selected for small and active pets, low in fat. There are many dogs in the breed with a tendency to obesity and an excellent appetite. To avoid health problems, Cavapoms are fed at least 2 times a day in small portions. Also, dogs are regularly weighed to monitor their condition and adjust the menu. 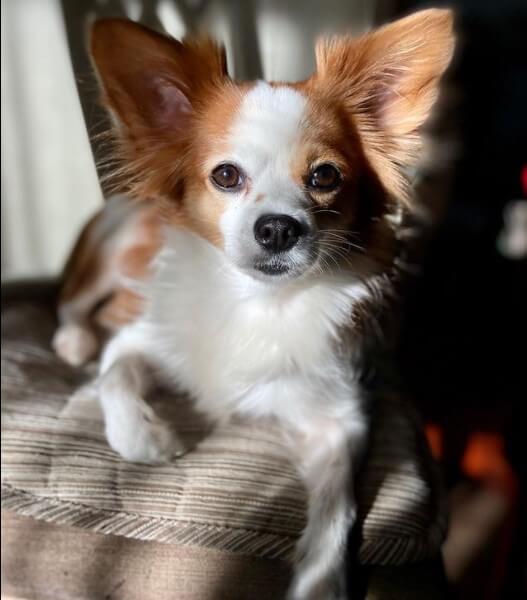 The Cavapom, like most designer breeds, is a healthy dog. But she can still inherit some health problems from her parents. The list of common health problems for the Pomeranian includes dental problems such as early tooth loss, hip dysplasia, or dislocated patella, while some of the potential problems Cavalier contributes include congenital heart problems such as mitral valve disease or the condition called syringomyelia, also known as neck scratch disease. 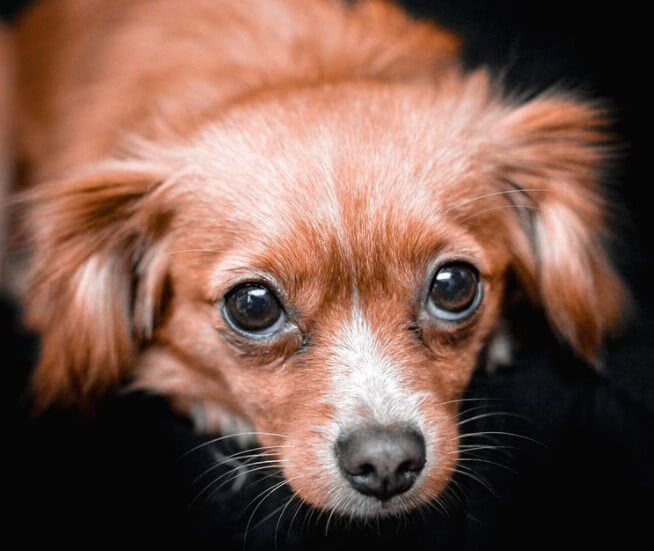 Cavapoms are kind, playful, and peaceful. They are sociable pets that are smart and quick-witted. They are great companions for every family. Cavapom has no aggression and is very patient, and therefore is recommended as a pet for children.