Chi Chi is a cross between Chihuahua and the Chinese Crested Dog. This animal, as if from a fairy tale! Whoever saw Chi Chi dog at least once, will hardly forget it. Having inherited the best qualities of their parents, their appearance is quite unique! Chi Chi is a gentle dog that does not tolerate loneliness, which means it must live exclusively under the same roof as its owner, who must devote a lot of time to the animal. 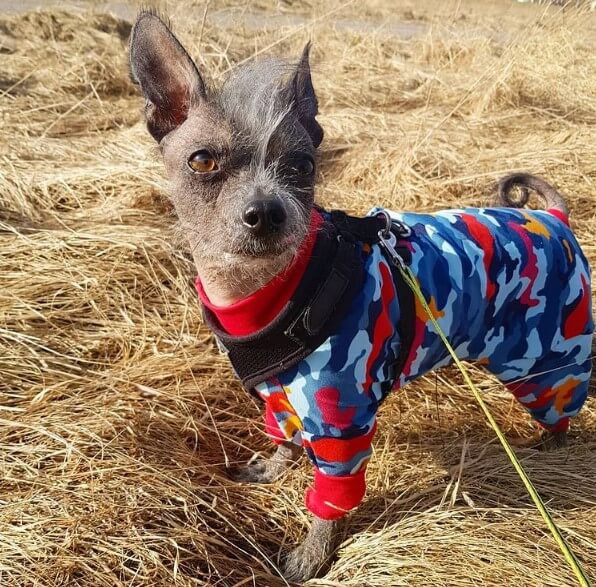 The exact details of how, why, who, and when Chi Chi was first introduced are unknown. But we can learn the history of the parent breeds to learn more about the pet’s pedigree.

This is the only small dog that has appeared in the wild. They were known several millennia ago in Mexico. Among the Inca and Toltec Indians, this was a sacred animal, they were turned on to protect the house from evil spirits. Another theory of the origin of Chihuahua dogs is that they were sacrificed or consumed as food. This is indicated by numerous images with small dogs in temples and on dishes, as well as rock paintings. The Indians called them Techichi. After the conquest of America, the breed began to die out. The Europeans named this little dog Chihuahua because there were many of them in Chihuahua. The revival of the breed began only in the 19th century. American breeders started looking for these little dogs. Purebred individuals were found in Indian families. Chihuahua breeding began from them. But only at the beginning of the 20th century, the breed was recognized in America. The first standard was adopted in 1923. And gradually the breed spread throughout the world.

Chinese Crested dogs have appeared a very, very long time ago. According to some reports, 3000 years BC. During the Toltec period (900-1200 AD) they were treated with special reverence. These dogs were called symbols of goodness. And the naked dog personified love. The breed was used as heating pads and was called bed dogs, as they ran under the blanket and warmed the owner with the warmth of their body. The Indians believe that dogs relieve toothache, colic, rheumatism, paralysis, all types of joint and vertebral pain. 50 years ago, this breed was on the verge of extinction, but thanks to English specialists, it was managed to be preserved. The first breed standard was developed by Great Britain, although Chinese breeders were engaged in breeding the breed, here they approved the breed and brought out the first standard. Now the breed is popular with the British in the UK, Paris, Germany. 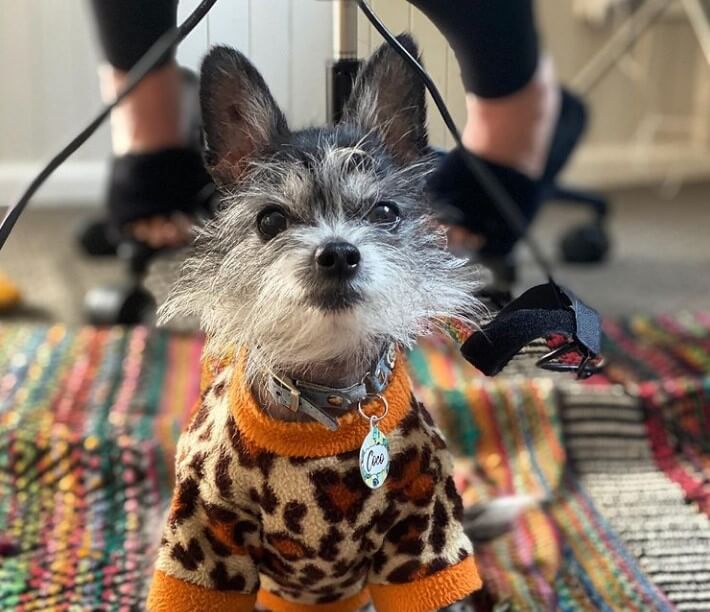 Each Chi Chi puppy looks different, but in general, they are smaller than the Chinese Crested and have a stockier body. Chi Chi can reach 12 inches in height and weigh 4 to 10 pounds. The dog has round or almond-shaped eyes that are bright and reflective of alertness.

Chi Chi comes in a wide variety of coat colors and looks. Some have long, fluffy hair, some have short hair, and some have no hair at all. Most will have white hair on their belly, legs, or chest, but then it can be any color elsewhere, including brown, black, cream, chocolate, gray, and dark brown. If he is bald, he will only have hair on his head, legs, feet, and tail. There are also hairy hairless dogs that may have a small streak of hair or spots in some areas. 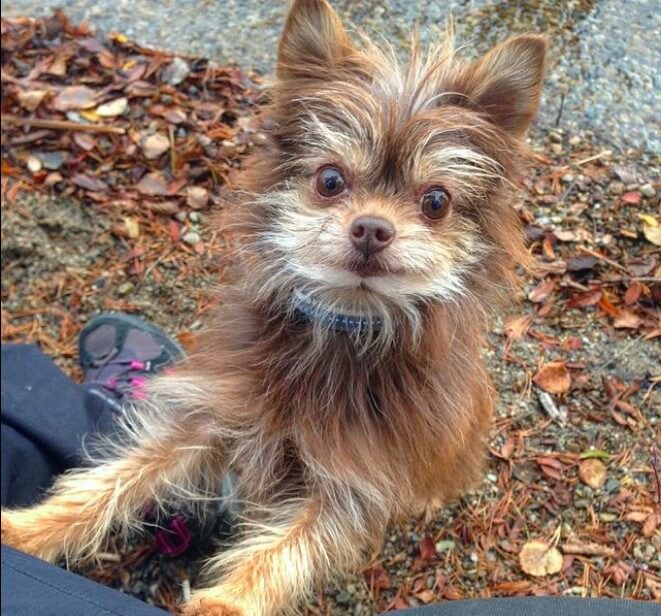 Chi Chi is the perfect companion. Most of these dogs accept only one person of their choice with love or several people. If your dog is aware of you as a family member, he will be endlessly devoted to you. Because of what, by the way, they are very difficult to experience separation, and can even become destructive from longing. But in relation to strangers, a completely different picture is observed, and it is extremely difficult to completely correct the character of the animal. Chi Chi often loves to bark at strangers, whether you are at home or outdoors. In the process of education, you will need to get rid of this negative quality. In addition, you will need to try to keep the dog on a leash while walking. Children are treated normally, but children need to be taught how to handle them correctly, as their small size and fragile build make these animals very vulnerable to injury. Chi Chi is in great need of early socialization, which will help make the character more harmonious, flexible, and open. 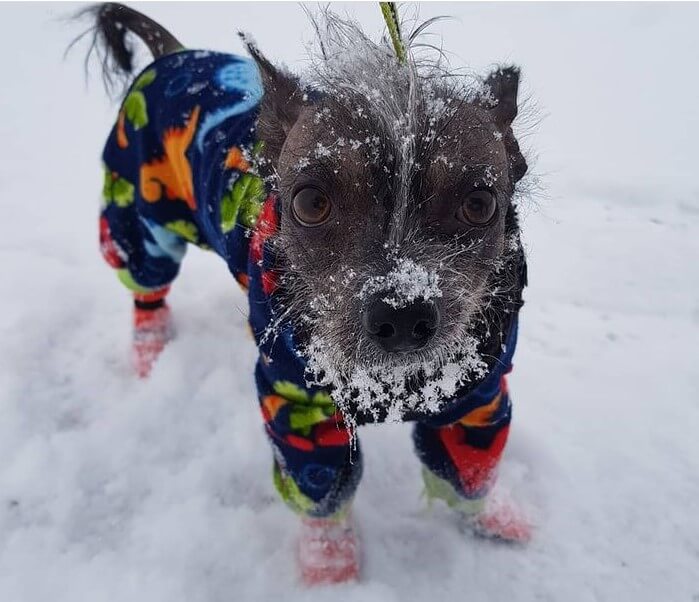 The personalities of Chihuahua and Chinese Crested are not easy, so Chi Chi is in dire need of nurturing and developing harmonious behavior. If you ignore this recommendation, then you will face constant problems with strangers around you. In addition, over time, the dog’s temperament will deteriorate if you only allow him to do whatever you want, and do not pay attention to control. 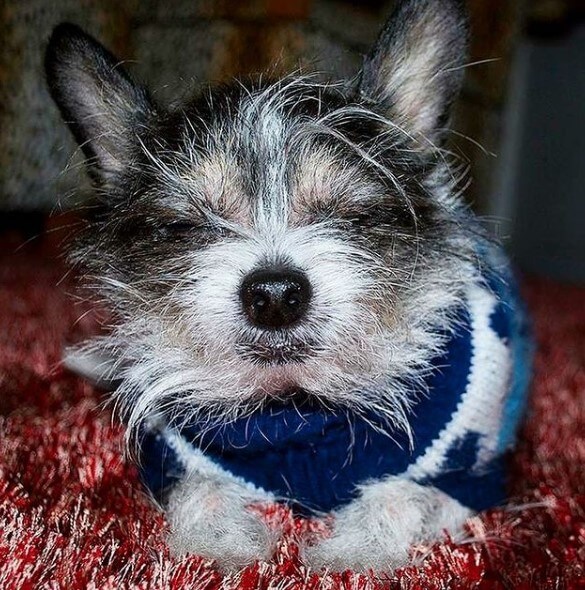 Chi Chi needs brushing, especially if you have a dog that has a full-body coat. And you need to do this 2-3 times a week. Many owners also take their pets to dog hairdressers. Please note that a hairless dog has very sensitive skin, and you only need to dress the dog outdoors, but at home try to maintain the optimal warm air temperature in winter.

Claws are trimmed 2-3 times a month, always keep the ears and eyes of the animal clean, and bathe Chi Chi 2-3 times a week with a shampoo of the correct pH. However, you do not need to apply sunscreen, moisturizing lotion, etc., as it often causes skin problems. This is generally a healthy mixed breed, but there is always a chance that the dog will inherit health problems from its parents. Chi Chi may be prone to obesity as he loves to eat. If the dog is hairless, he will need protection from the sun and bad weather. They may have dental problems, eye problems, heart problems, and small dogs may have a patellar dislocation. 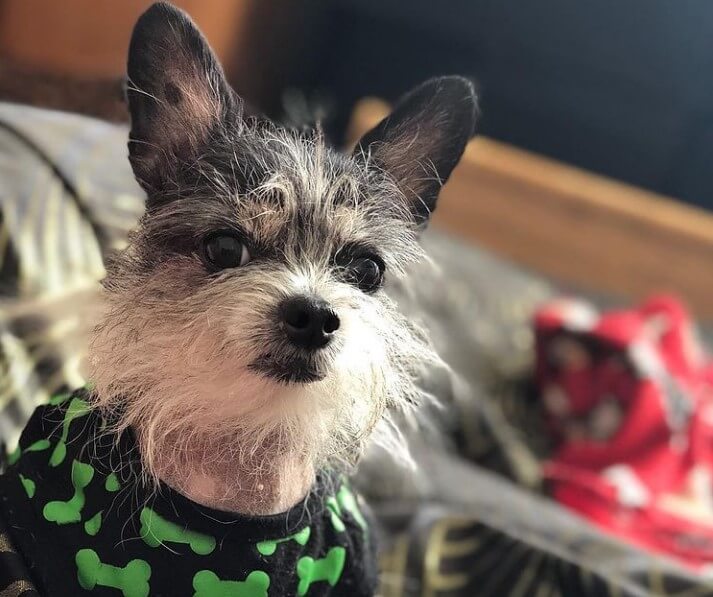 Chi Chi is a companion dog, very cheerful, and has a strong affection for its owner, but is wary of strangers. Unique Chi Chi will instantly fit into the rhythm of your life, feel great next to a person. If you could not decide on the breed of dog, perhaps Chi Chi will help you make the right choice. The appearance and character of the pet are amazing. Before you are an elegant and most beautiful creature.