Chion is an amazingly beautiful cross between two breeds: Chihuahua and Papillon. They are small dogs with great character! Both parent breeds are excellent family companions and their best traits are found in the Chion as well. It is very easy to fall in love with this cute puppy! But if you are planning to become the parent of such a puppy, then you need to know more about him.
In this article, we will describe what you can expect from the appearance, character of Chion, and how to properly care for him.

Unfortunately, the Chion’s origin story is somewhat vague given the fact that this designer dog is still quite rare. Therefore, the best we can do is study the origins of both parent breeds in order to better understand where this cross came from. 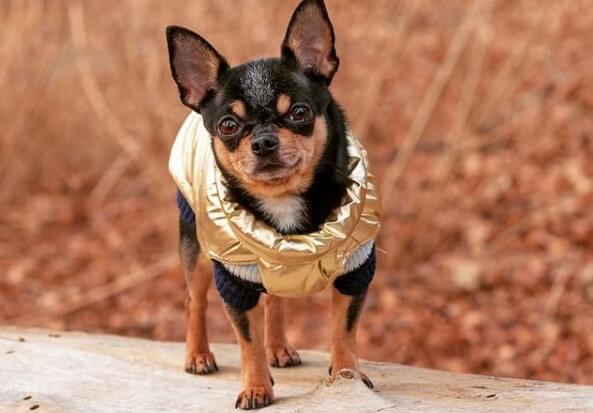 Chihuahua is not only the smallest dog in the world but also one of the most ancient breeds, it has been around for several thousand years. Perhaps that is why it is still unknown where she comes from. The name of the breed comes from the name of the state in Northern Mexico, but there are different opinions about how it got there. Some experts claim that small dogs were brought from China, others call Europe the homeland of the Chihuahua, and still, others believe that the breed originated in Africa. It is only known for certain that the American Indians revered Chihuahuas as sacred animals. True, unfortunately, for the dogs themselves, this was not a plus: they were sacrificed during religious rites, and according to some versions, they were widely used in cooking. Images of small dogs were used to decorate the architectural monuments of the Aztecs. Archaeologists find mummies of dogs in human graves. According to legends, Chihuahuas took upon themselves the sins of the owner after his death and helped him to go to another world with a pure soul. The spread of Chihuahuas outside the country began simultaneously with the settlement of South America by Mexicans, at the end of the 19th century: unusual dogs were sold to tourists and presented as gifts to important persons. In 1903, the breed was officially recognized in the United States, and a few years later in Great Britain, after which the babies became known all over the world. 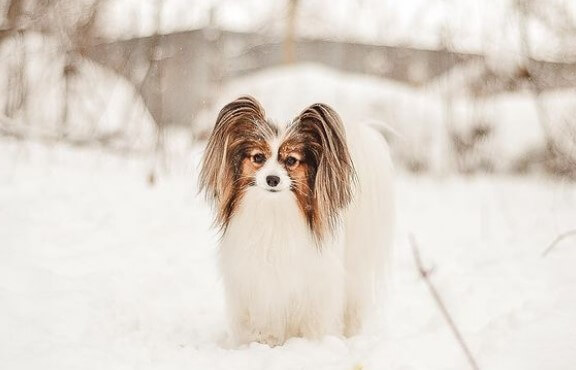 Papillon is a French breed, this is evidenced by the name itself, which is translated from French as “butterfly”. Cynologists are inclined to believe that the closest relatives of these dogs are Dwarf Spaniels, therefore the breed bears the second name – Continental Toy Spaniel. There is still no exact time for breeding the breed. Approximately 800-1000 years ago, the first similar dogs appeared on the canvases of artists, for example, Titian (“Daughter of Roberto Strozzi). In addition, they were depicted in portraits of noble and royal persons. The Papillons were the favorites of Marie Antoinette, Henry II, Louis XIV, the Marquise de Pompadour. The kings spent fabulous sums so that the cute dog would share moments of joy and sadness with them. After the Great French Revolution, Continental Spaniels were destroyed as a symbol of the bourgeoisie. Therefore, the breed almost became extinct but was restored in the 18-19 centuries. In the 20s of the 20th century, dog breeders and dog handlers crossed the breed with the Spitz. Thanks to this work, the coat of the Spaniels has improved, acquired a new silky look. In 1934, the first standard was approved, after which the Papillons spread throughout the world. 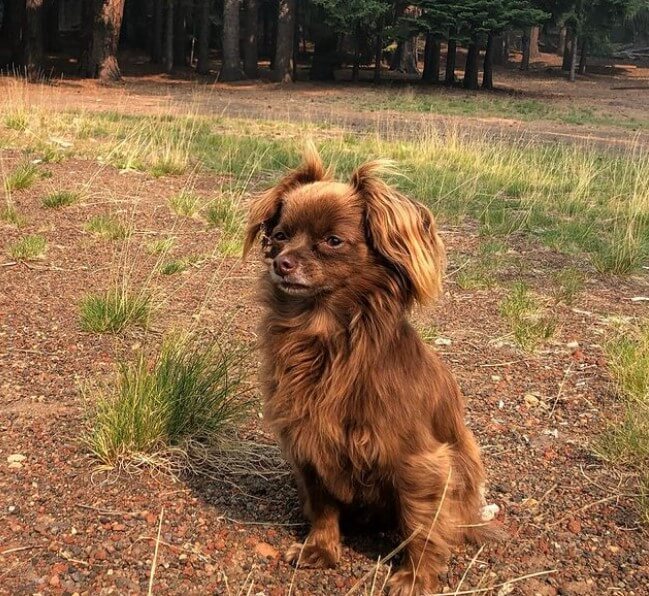 The appearance of each puppy will be varied, there are no standards for the appearance of this designer breed. The Chion will be small, but remember that a cross can be between the smallest and largest parent breeds.
Typically, an adult Chion weighs 4 to 10 pounds and has a shoulder height of 6 to 11 inches. The length of a Chion’s coat usually depends on its parent Chihuahua. The Papillon Dog and the Long-haired Chihuahua often produce Chion with medium to long hair. Others tend to have smooth, silky, short hair.

Regardless of coat length, Chion comes in a variety of colors: 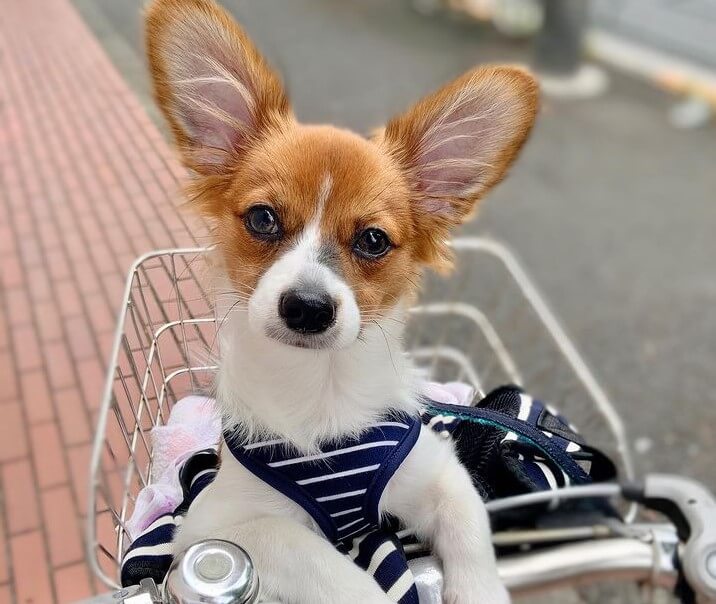 Chion dogs are calm and friendly in nature, however, they do not always accept other animals. They are fearless and loyal, despite their miniature size, they will protect themselves and their master in any situation. Adults Chions tend to prefer quiet and privacy with their host, so it’s best to avoid crowds and noisy guests. These dogs are very intelligent and quick-witted, they easily recognize the mood of their owner, and are also easy to train. Chions are hardy and patient, comfortable with travel and long journeys. They have excellent hearing and quick reactions, which allows them to hear the owner’s footsteps in the entrance and recognize the sound of his car alarm. 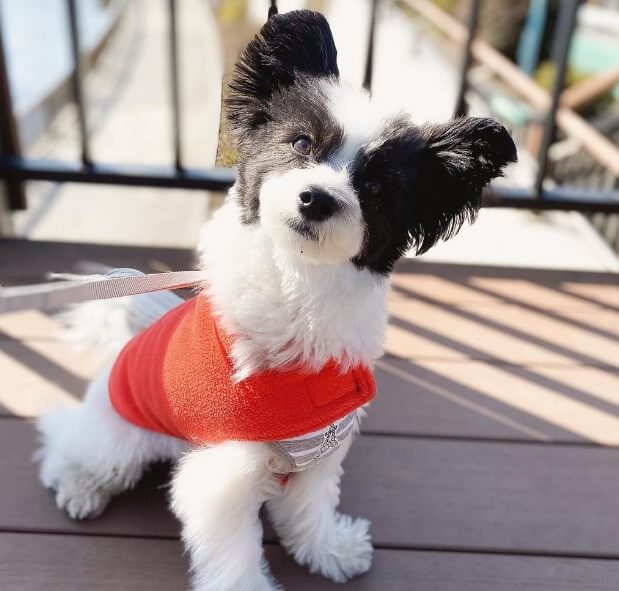 It is important to remember that Chions can hide a temper and aggressiveness, these character traits are often inherited by a pet from a Chihuahua, so the process of education should start from an early age in order to immediately form the necessary character traits. Also, it is important to pay attention to the socialization of the pet. You need to often introduce him to other animals and people so that they get used to the correct behavior in society. You need to punish for misconduct immediately after they are committed, but you cannot beat the dog or shout loudly, as you can harm its psyche. 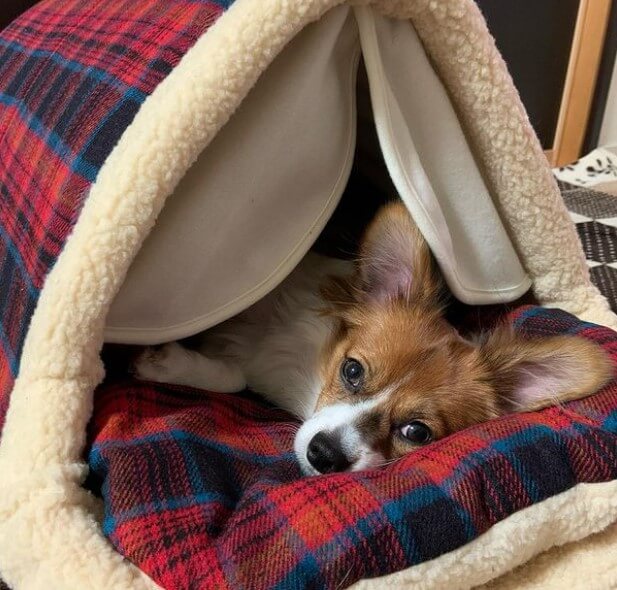 The care requirements for a cross will depend on the length of the coat and the presence of the undercoat. You can use a steel comb to groom your Chion. Long-haired Chions molt twice a year. During this period, you need to devote more time to combing, at least 2 times a week. It is best to bathe your pet as needed, no more than 4 times a year, excluding washing its paws after walking. It is important to pay attention to eye and ear care. The ears should be carefully cleaned with a cotton swab, and the eyes should be wiped with a special napkin from secretions and dirt. Keep your pet’s teeth clean, do not forget to brush them. 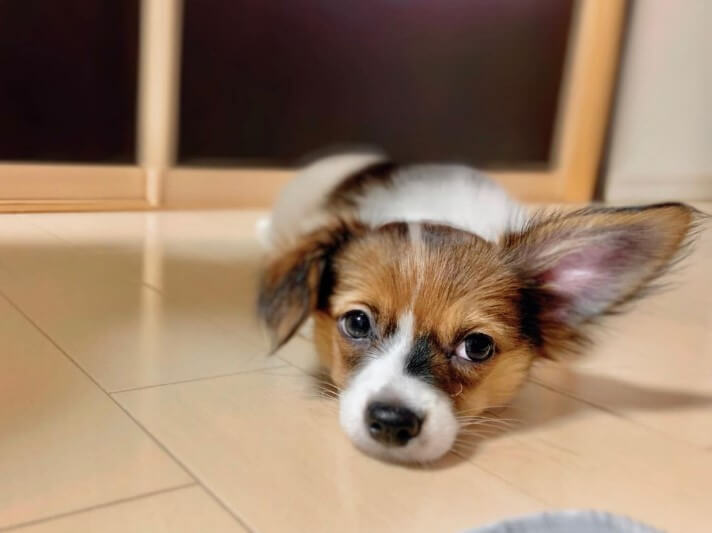 Chion can inherit health problems from their parents, including patellar dislocation, hypoglycemia, heart problems, eye problems, tracheal collapse, hydrocephalus, open fontanelle, and tremors. Be sure to research the health issues of parent dogs when buying a puppy. 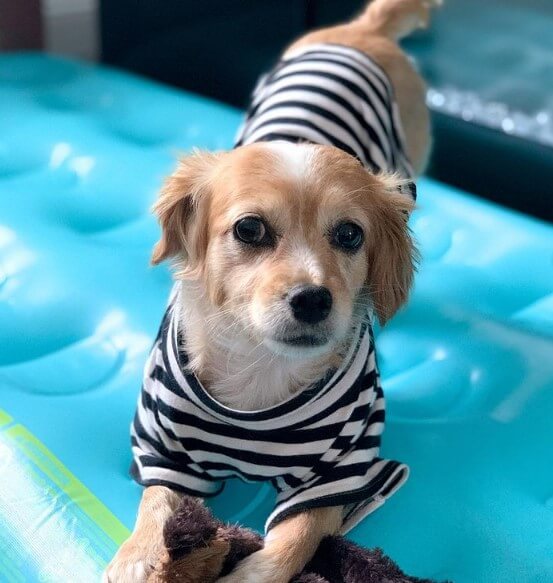 Chion is suitable for a person who needs a best friend and will take care of the pet and protect it from danger. The owner should consider all the pros and cons in order to change their habitual lifestyle and allocate enough time for the pet. They are not whimsical in care and maintenance, so they can be taken into a family with an average income.