The Cocker Spaniel is divided into two breeds: The American Cocker Spaniel is a direct descendant of the English Cocker Spaniel and was recognized by the FCI as an independent breed in 1951. Both dog breeds have a lot in common and are suitable as search and tracking dogs as well as loyal family dogs. Before you buy a Cocker Spaniel puppy, you should know the special characteristics of the breed.

The Appearance of the Cocker Spaniel – Friendly and Noble

Cocker spaniels are comparatively small hunting dogs with long, fine hair. American spaniels can be distinguished from their English relatives mainly by the shape of their head: the muzzle of the American is slightly shorter than that of the Englishman, and the head is slightly rounder overall. In general, English Cocker Spaniels are a few centimeters taller and slightly stronger than American representatives of the breed, which were selected more for their suitability as companion dogs for breeding. Another small difference can be noticed in the posture of the hind legs (see illustration). 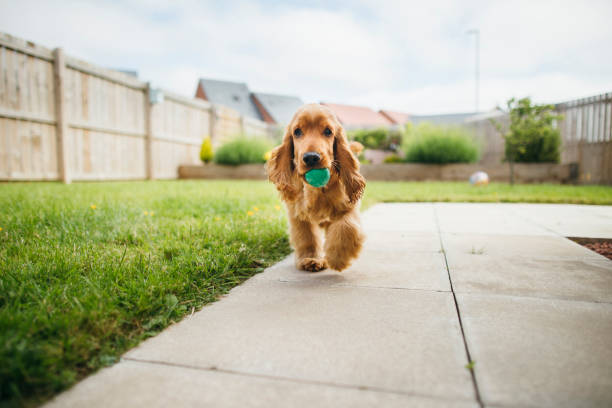 Many different color variations are allowed in the FCI standards for Cocker Spaniels. The permitted variations hardly differ between the two breeds. However, some colors are more common in American dogs than in English dogs and can be considered breed-specific.

The texture and color of the coat are an important factors in selecting breeding animals within the breed. Cocker spaniels have silky and shiny hair that grows short on the head and medium length on the ears and body. Curls are considered a blemish. The underside of the body, the tail, the back of the legs, and the chest are feathered with long, straight hair, which can also differ in color from the rest of the coat.

The dog with the royal appearance

Cocker spaniels are aristocratic-looking dogs that come across as friendly and well-groomed. You don’t necessarily see their athleticism on their face: both Cocker Spaniel breeds have floppy lips and long hanging ear flaps, which gives them a slightly sleepy facial expression. The long hanging coat of hair on the body and tail is also characteristic of all Spaniel breeds.

The History of the Cocker Spaniel: Young Dog Breeds with a Long Past 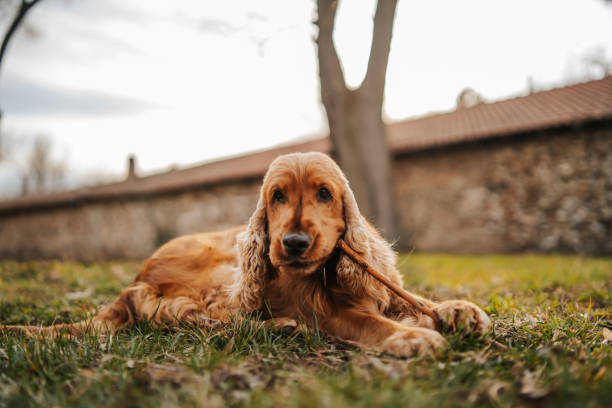 Spaniel-like dogs were already used for hunting in the Middle Ages and initially only differentiated according to the type of work. There are various theories about the origins of spaniels. The etymological origin of the word Spaniel is also not completely clear. The obvious assumption is that the term goes back to the Roman Canis Hispaniolus (Spanish dogs), but Celtic ancestors are also possible.

The Cocker Spaniel originated in England. There, after the establishment of the English Kennel Club, they were initially distinguished from the Setter, the English Springer Spaniel and the Field Spaniel based on their height, and later based on other characteristics such as their friendly face. Targeted breeding of the English Cocker Spaniel as we know it today has been going on since the second half of the 19th century.