When a person thinks of coconuts, associations are set in motion: white palm beaches, exotic food, and similar wanderlust fantasies. If you, as a cat owner, see a coconut, completely different images could come up: your house cat with gorgeous shiny fur and no ticks insight. Coconut oil is a high-quality natural product that can be used with amazing versatility and make life more comfortable for you and your cat.

What is special about coconut oil?

Coconut palms are tropical trees up to 30 meters high, which mainly grow in coastal regions and have been valued as cultivated plants for at least three thousand years. Strictly speaking, botanically, coconut is not a nut, but a single-seeded drupe. The white “pulp” of the coconut is the actual substance of the seed from which copra, coconut meat, and coconut oil are derived. This oil is commercially significant: it accounts for eight percent of the world’s vegetable oil. On the one hand, coconut oil is an important edible oil, but it is also used in the chemical and cosmetics industries. 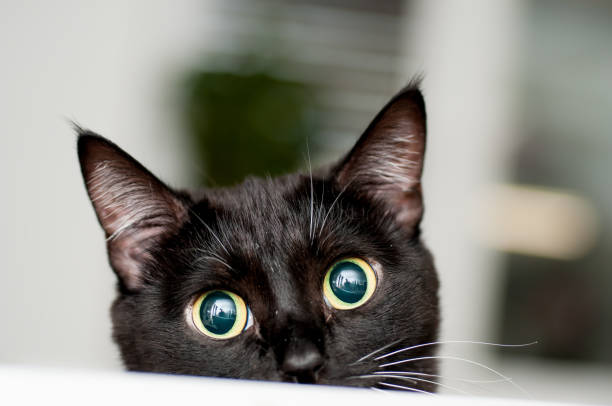 Coconut oil is more than fifty percent lauric acid; a saturated fatty acid, which is also found in high concentrations of laurel, is hardly water-soluble and has a melting point of 44 °C. This is important because coconut oil remains quite stable even when used outside of the kitchen in warm outside temperatures – for example as a protective layer on skin and hair.

How does coconut oil work against ticks in cats?

Virgin coconut oil is often touted as a natural insect and parasite repellent that also works well as a tick repellent for cats. However, it is strongly discouraged to treat cats with coconut oil! It irritates the cat, can trigger excessive cleaning behavior up to auto-mutilation, and does not work against parasites.

To what extent does coconut oil contribute to grooming in cats?

Coconut oil is also said to care for the fur substance and skin of the animal. However, since cats – as just mentioned – react rather irritated to the smell, you are better advised to use special fur care products for cats. These contain ingredients such as aloe vera, which have a calming effect and moisturize the skin. Most cats really enjoy regular, careful stroking alone.

What does coconut oil do as a feed additive? 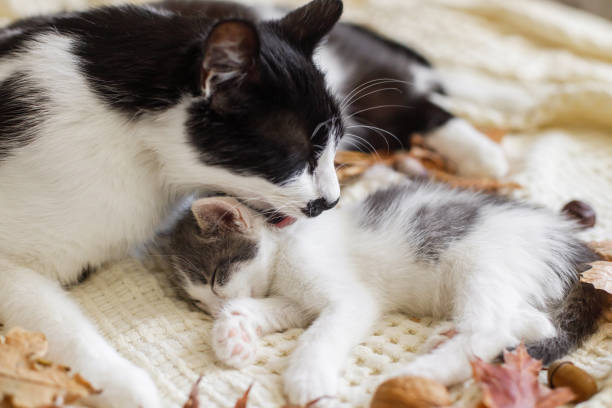 The original use of coconut oil is still as cooking oil. The yellowish-white substance also proves to be a valuable addition as a component in cat food. Even if coconut oil is used as a feed additive for internal use, lauric acid, in particular, turns out to be an amazingly versatile ingredient.

If you want to use coconut oil as a food supplement for your velvet paw, the recommended dosage is to mix a teaspoonful of coconut oil under the food every day.

By the way: some house tigers also like grated coconut in their food or the pure oil to lick. It is best to simply try out which consists of coconut your cat prefers.

When buying coconut oil, look for a certified organic seal, especially if it is used as food. This gives you the security that no pesticides were used on the plantations and that the product does not have any corresponding residues. Coconut oil is stored in the dark and at room temperature, not in the refrigerator.