Toy Spaniels come in two different types: the Papillon is characterized by its well-feathered erect ears, while the Phalène has long, lop-eared ears typical of Spaniels. Both types are among the smallest dog breeds in the world and are kept purely as companion dogs. You can find out whether the lovable toy spaniels suit you in a brief breed overview of both variants.

Unmistakably Cute: The Distinguishing Features of the Continental Toy Spaniel

Papillon and Phalène toy spaniels are among the smallest and lightest dogs in the world: they usually weigh less than 4 kilograms and reach a height of 20 to 30 cm at the withers; The breed standard specifies an ideal height at the withers of 28 cm. They are bred in two weight classes, with a weight of 1.5 kilograms being the prescribed minimum weight for adult animals.

The Continental Toy Spaniel from head to tail: Which ear type should your toy spaniel have? 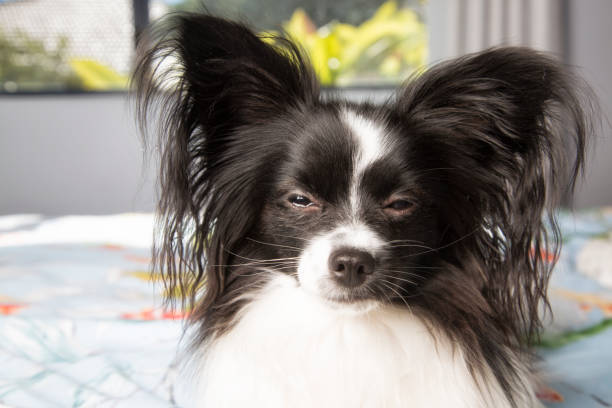 The Continental Toy Spaniel’s most distinctive feature is its large ears. In both varieties of the breed, the ears are set far back on the head, showing the natural shape of the skull. The thin ear flaps are slightly rounded at the tips and the backs and edges of the ears are covered with long, fine top hair.

Further characteristics of the toy spaniel at a glance

Coat and colors of the Continental Toy Spaniel

How do distinguish the toy spaniel from similar dog breeds?

The History of the Continental Toy Spaniel: The Dog of the Nobility and the Rich

Toy spaniels were depicted in paintings and family portraits of nobles in England, France and Belgium as early as the 13th century. Ancient depictions from before the 17th century only show Phalènes with floppy ears. In 1905 a uniform breed standard was established for both toy spaniel types. 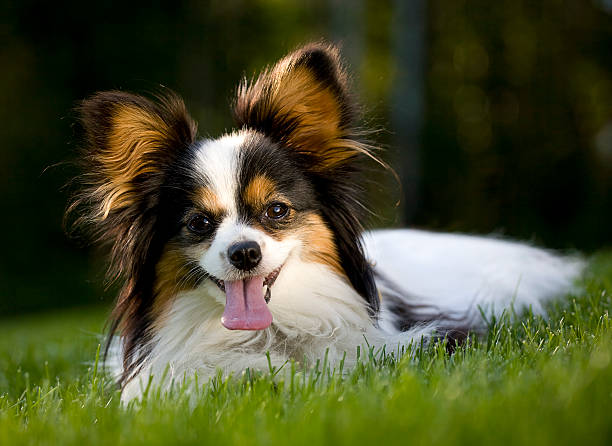 The origin of the breed is officially attributed to France and Belgium. In French-speaking courts, the animals were multiplied over the centuries without any significant change in appearance. English nobles also kept red and white Phalène toy spaniels and contributed to the preservation of the breed. Not much is known about the origin of the toy spaniel – it is possible that European hunting dogs (cocker spaniels) were selected for size and character in order to breed a companion dog with spaniel attributes. Crossing German Miniature Pinschers or Asian Miniature Dogs could also have contributed to the development of the two varieties.

The Nature of the Continental Toy Spaniel: Delicate, But Not Sensitive

Miniature spaniels have been kept as lapdogs for centuries and do very well with their owners. When they live in a family circle, they form a close bond with all family members and get pats from all pack members every day. Despite this, the small domestic dogs are full-fledged spaniels and like to fool around, explore and play a lot.