Diabetes in dogs means dangerously high blood sugar and permanent damage without timely treatment! We have summarized all the important signs for the early detection of the disease as well as treatment and therapy options for you here.

In dogs with diabetes mellitus, there is either a lack of insulin or insulin resistance. In both cases, the insulin cannot work and the glucose builds up in the blood. Therefore, dogs with diabetes mellitus suffer from permanently elevated blood glucose levels. The high blood sugar level damages the blood vessels and impairs blood circulation. Since glucose is not available as an energy source, the cells burn fats and proteins.

A short-term rise in blood sugar levels after a meal or when you are excited is completely normal and harmless. However, if the blood sugar level no longer falls and is permanently elevated, you probably have diabetes mellitus.

Causes of diabetes in dogs 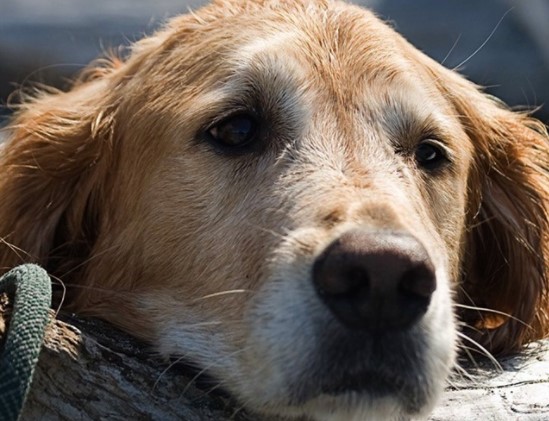 What exactly causes diabetes in dogs is not yet fully understood. Hereditary predisposition plays a certain role. Because certain breeds, such as Samoyed, Cairn and Tibetan Terrier are affected more often by diabetes mellitus than others. Being overweight is also a risk factor for diabetes. So make sure your dog has a balanced diet and gets enough exercise.

Consequences of diabetes mellitus in dogs

Very high blood sugar levels (450 milligrams of glucose per deciliter of blood) can cause a life-threatening sugar coma (diabetic ketoacidosis).

Symptoms of diabetes mellitus in dogs

Diabetes in dogs seems to start harmlessly and therefore often goes unnoticed for a long time. First signs are:

However, these symptoms can also indicate other chronic diseases such as renal insufficiency or Cushing’s disease.

Diabetes mellitus is considered to be diagnosed with certainty when the veterinarian measures blood sugar levels of more than 150 mg per deciliter of blood several times in a fasting dog. Repeated measurement is recommended because the blood sugar can sometimes be elevated once, for example if the dog ate something before the blood was taken.

For this reason, the “long-term blood sugar value”, fructosamine, is usually also measured when diagnosing diabetes. The fructosamine levels are only increased if the blood sugar level has been too high for a long time.

Insulin treatment of dogs with diabetes

Once diagnosed with diabetes, the dog must be on insulin for life. This can only be done by injection because insulin cannot be swallowed – it would be digested immediately and would then be ineffective. Therapy with tablets, as in people with certain forms of diabetes, does not work in dogs. Spraying is a bit unusual at first, but it soon becomes a natural part of the daily routine for dogs and humans.

Every dog ​​has an individual insulin requirement. This is determined as follows:

In principle, blood sugar should be checked regularly in order to detect changes at an early stage. With the modern measuring devices, this is also easily possible at home. A constant daily routine helps to keep the dog’s blood sugar level within the desired limits. Fixed feeding times are particularly important because the insulin is administered shortly after feeding.

Food for dogs with diabetes

Which food is best for diabetic dogs varies. Your veterinarian will advise you individually and help you with the choice of food. In general, however:

A blood sugar level of less than 50 milligrams per deciliter of blood is dangerously low (hypoglycemia). The symptoms of hypoglycaemia are:

Symptoms appear 15 minutes to 6 hours after the last dose of insulin. In these cases you should…

Causes of low blood sugar can be: 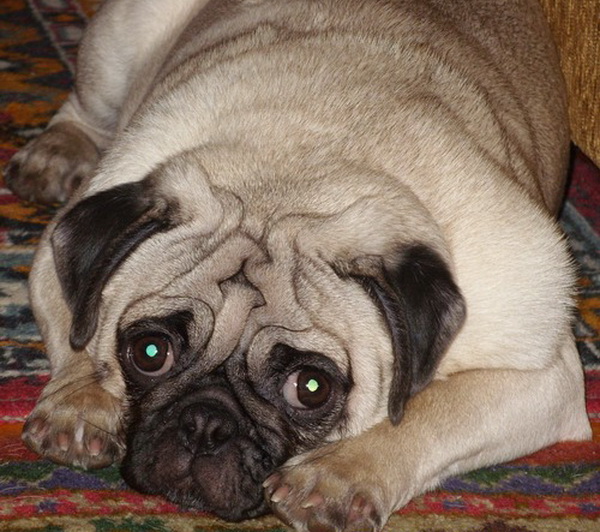 Diabetes in intact bitches during heat is a special form of diabetes, because the blood sugar level in most of these bitches drops again after the heat. If this is not the case, timely castration can prevent diabetes mellitus.

If the bitch is not castrated in time, diabetes mellitus will become manifest, which means the bitch will become incurably diabetic. Bitches who drink a lot and produce large amounts of urine during heat or in the subsequent cycle phase should therefore be examined by a veterinarian immediately.