The Doberman’s reputation is such that many dog breeders are afraid to have a pet in the house. But the pet has true fans who claim that they are affectionate and loyal pets. Outwardly aggressive Dobermans can be friendly and kind at the same time. However, it does not hurt to take special education courses from an early age of the pet.

Brief Description of the Breed 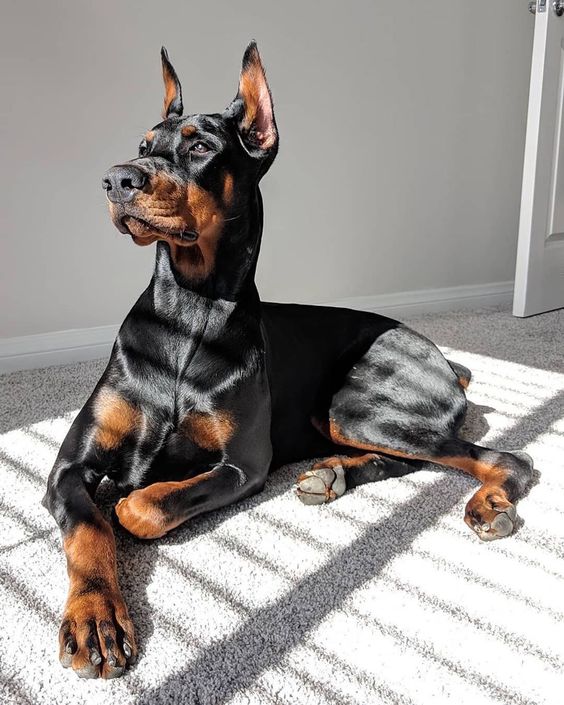 To obtain excellent guard dogs, dog breeders began to cross short-haired shepherd dogs with Rottweilers, black and tan terriers, and German pinschers. As a result of such experiments, the Doberman Pinscher was bred. The first representative of the breed became known to the public in 1897 at a dog show in Erfurt (Germany).

Despite the fact that the Doberman Pinscher has a reputation for being an aggressive, even angry dog, loyal fans of this breed claim the opposite and say that the dog is a very loving and devoted animal. The Doberman is a loyal, friendly dog ​​who is ready to stand up for its owner.

The nature of the Doberman is based on a colossal bond that is tied between a dog and a person, which is what makes the breed popular. Moreover, some negative facts about her are, to some extent, justified. The fact is that the mass breeding of pets of this breed by unprepared dog breeders – amateurs leads to numerous errors in keeping, which, in turn, leads to serious health problems of the animal, but this is more a problem caused by the human factor than by the animals themselves.

Doberman Pinscher is suitable for those who are ready to give him their love and attention. The owner will have to provide systematic training and exercise. As a result, your efforts will be rewarded, and you will become the owner of an intelligent and flexible dog.

Dobermans are among the smartest breeds. At the same time, you need to understand that if you are going to leave the Doberman alone for the whole day, for example, in the backyard, and devote time to him only in the evenings, after work, then you must be prepared for constant barking! This is due to the fact that dogs of this breed are extremely sociable, and therefore, being alone is stressful for them.

The Doberman is bred as a guard dog. He is able not only to protect the entire family in times of danger but also endowed by nature with the ability to anticipate various troubles. Dogs that are not sufficiently socialized can show distrust, and sometimes even aggression, towards strangers, which is why it is necessary to pay decent attention to the process of training and socializing the animal. 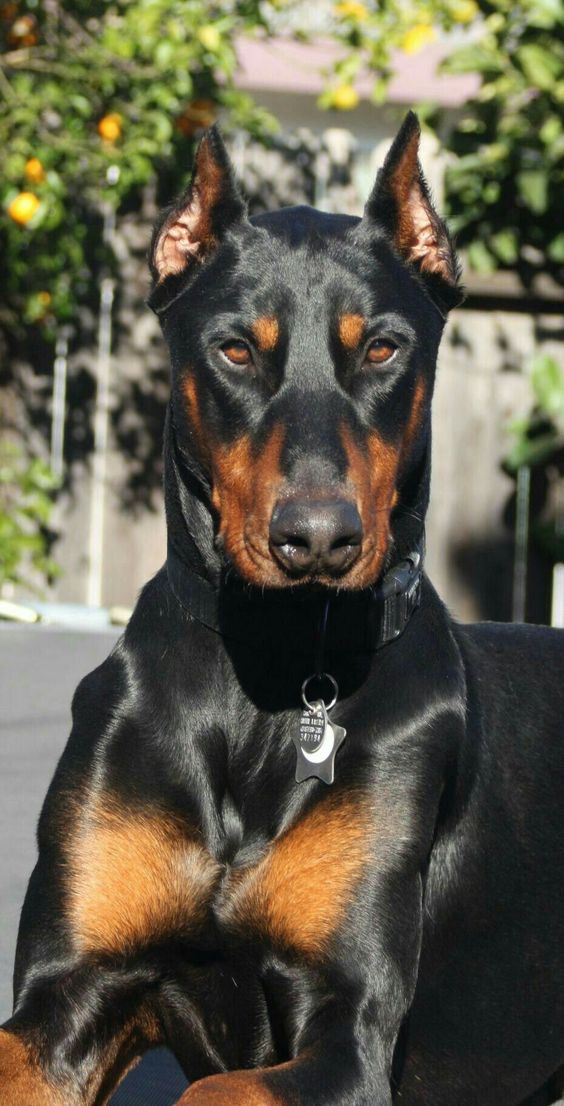 Dobermans are very majestic dogs with a proud, noble look. Their strength and elegance are inseparable from each other. Despite the strongly developed muscles, they remain quite neat-looking dogs, dense, their silhouette fits into the shape of a square. But what really distinguishes this breed from the rest is its long, massive head, which looks quite noble and very elegant. The eyes are almond-shaped, painted in dark brown, the gaze is attentive and intelligent. The ears are set high, small in size, usually not cropped.

The back is short and straight, the chest is well developed, the limbs are straight, parallel, the paws resemble those of a cat, closed, the toes are prominent. The Doberman Pinscher attracts attention with its elegance, flexibility, and light gait, during which the forelegs are thrown far forward, as, for example, in a lynx or a thoroughbred horse.

The Doberman is characterized by a short, rather tough, close-fitting, without undercoat. The color of dogs of this breed can be black singed or chocolate. Other varieties of coat color are not included in the FCI breed standard, although white and cream colors are also found. You need to know that the white or cream color of the Doberman pinscher indicates serious genetic mutations that occurred during the prenatal period. Such animals have serious health problems, and therefore do not represent any particular value. You need to know this also because many unscrupulous dog breeders are trying to sell puppies with such an unhealthy color at a higher price. There is no panacea for the appearance of pets of this color, but professional dog breeders do everything possible to prevent the appearance of albino Dobermans. 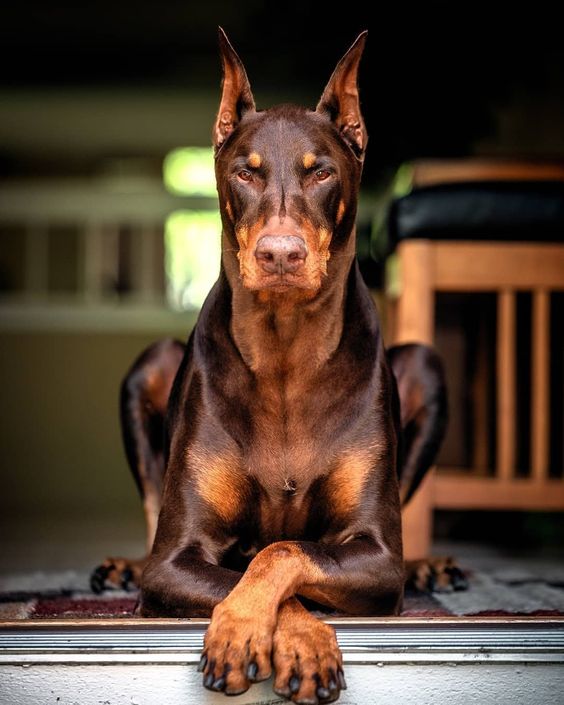 Doberman Pinschers belong to one of the few breeds in the world and to the only one in Germany that is named after the person who bred it, the tax collector Karl Frederick Lois Dobermann. It so happened that more than once the malicious tax evaders, to whom he came, let their dogs down on him. Having tested on himself the reaction of all aggressive representatives of the breeds, he decided to breed for himself a protector dog with which he could feel safe. Unfortunately, he did not document the information about which breeds were used to breed the Doberman, there are several completely opposite versions on this topic, but with the highest probability, it could be: German Shepherd, Rottweiler, Shorthaired Kurzhaar, and Beauceron.

The brood received by the owner was very varied. A few years later, wishing to slightly improve the appearance of the Doberman, he was crossed with a Manchester Terrier and a Greyhound. As a result, the dog’s exterior has been significantly improved. Dobermans now look more elegant, with a strong skeleton and a square silhouette. In a very short period of time, these dogs have gained wide popularity and they began to be used in various fields, for example, hunting, in the security service. Probably, this is where their nickname “gendarme dogs” came from. During the war, Dobermans served in the military, and after the war, they became very popular and became members of many families. 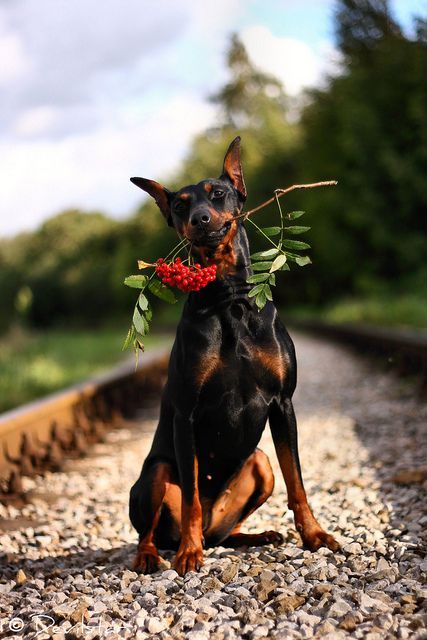 The nature of Doberman Pinschers is varied. Some are outgoing and friendly, while others are shy and reserved. Some pets actively chase their small relatives and cats, while others, on the contrary, find a common language with them and become friends.

Despite the nature of your dog, all Dobermans are excellent companions, loyal and devoted friends. Dobermans are fearless in the face of danger, making excellent guard dogs. Contrary to the prevailing stereotype, Dobermans do not belong to those dogs that aggressively attack intruders. Most often, they simply drive the offender into a dead end, where they hold him until the owner comes. This suggests that Doberman Pinschers do not show much aggression. 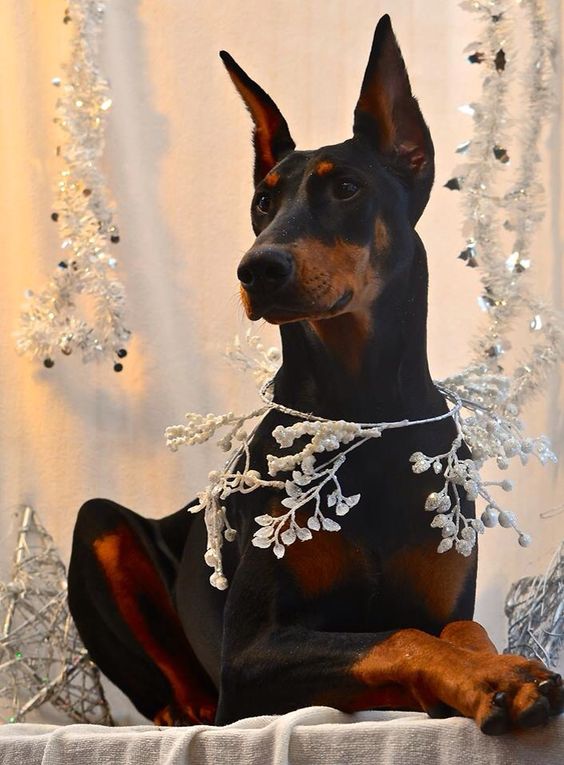 Dobermans are among those dogs that do not require particularly difficult care. They are clean dogs that do not give off unpleasant odors. But, despite the short coat, Dobermans are prone to year-round molting. Since the coat is small, brushing the dog once a week is enough to keep the coat in check. Doberman is bathed no more than 3-4 times a year.

Pay special attention to their ears. Check your ears regularly. They should be free of irritation and inflammation. The ears are treated with a special solution, which is prescribed by a veterinarian. Do not use cotton wool when cleaning your ears. Better to use a soft tissue swab. Brushing your teeth weekly, or even better daily, will relieve your pet of dental problems, and prevent plaque and bad breath. Don’t forget to trim your nails as well. As a rule, this is done once a month, or as needed. 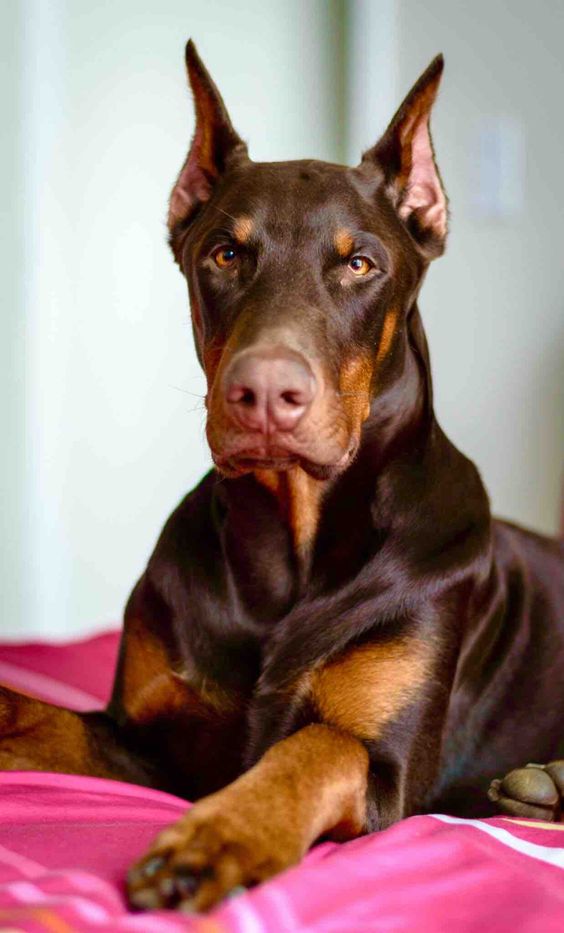 Recent unprofessional selection of dogs of this breed has led to the fact that the level of training of Dobermans has decreased. Some dogs are quite easy to train, but some can show frank stubbornness. Despite the difference in the characters of this breed of dogs, training should be systematic and consistent. The owner needs to show perseverance and firmness, but all this should exclude aggression because in this case, the pet’s desire to study will completely disappear. Professional training, combined with a persistent character and self-confidence, make Dobermans excellent law enforcement assistants, as well as consummate friends and companions. 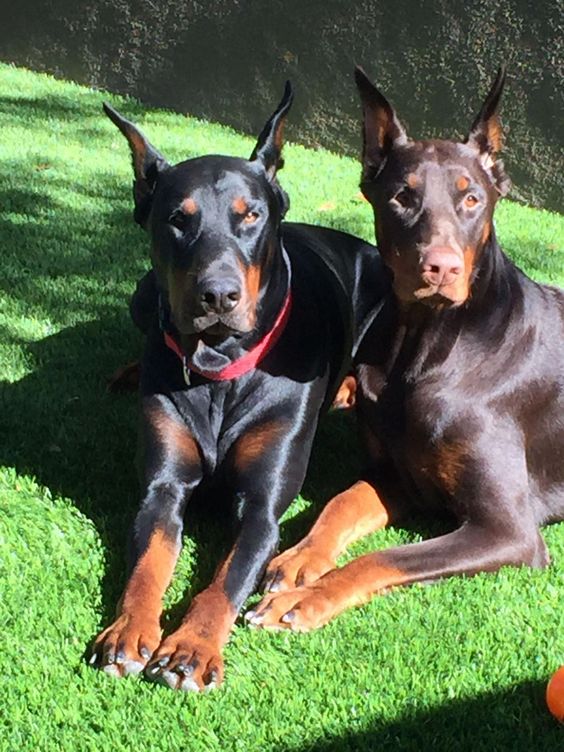 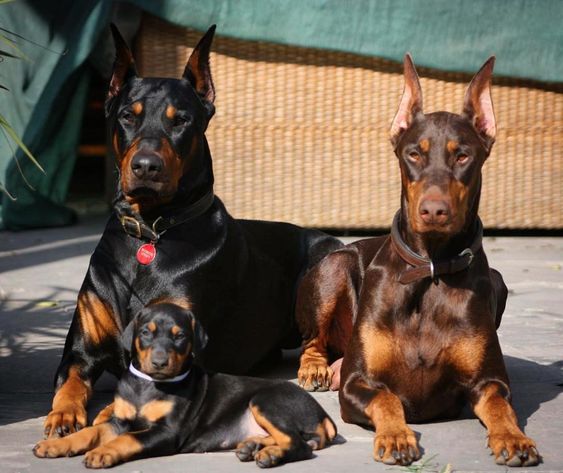