The French Bulldog is a friendly companionable dog that gets along easily with other non-aggressive pets and family members. The breed is perfect for living in a city apartment, does not require complex care. These animals belong to decorative dogs, although their ancestors were fighting dogs. The pets are very loyal and quick-witted, they are in good health. 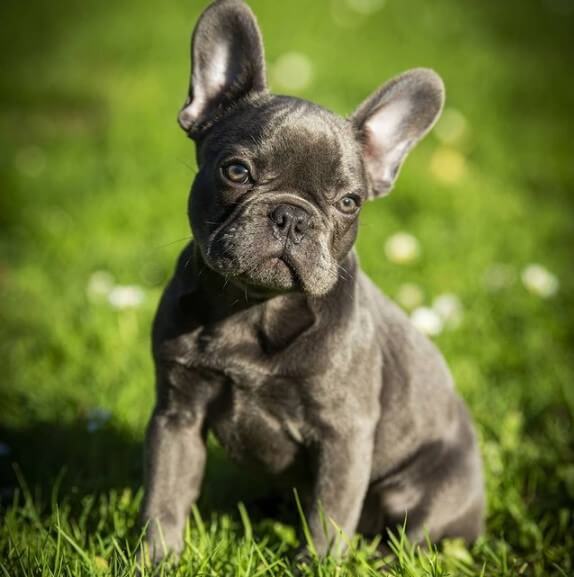 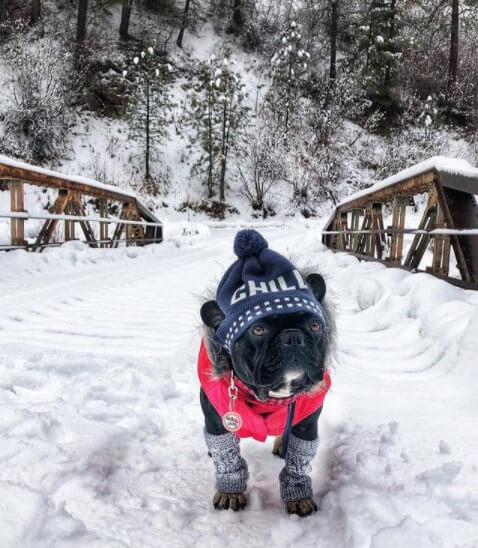 History of the French Bulldog Breed 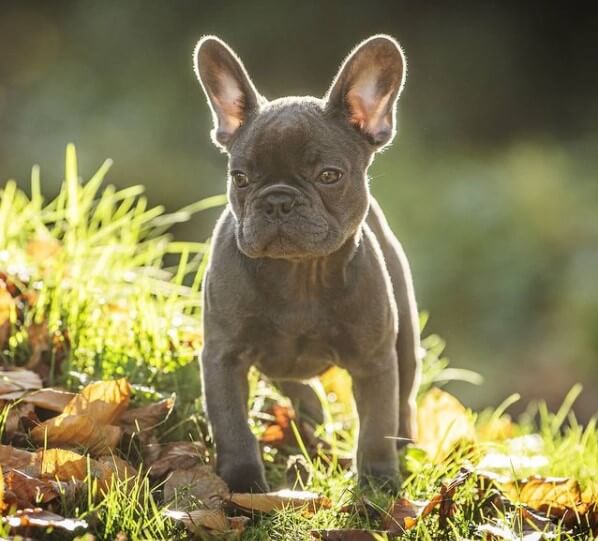 The French Bulldog breed of dog, despite its name, originated in England in the 17th century. These dogs were especially popular in the city of Nottingham, and, importantly, there were many lacemakers in this city. When there was a huge demand for lace in France, there was a wave of emigration, and, accordingly, the craftsmen from Nottingham were among those who went to France in search of a better life and new opportunities.

Of course, they took their beloved dogs with them, and after a while, their decorative Bulldogs gained widespread popularity and popularity in France. They loved to know they were expensive, also due to the small number of individuals in the early stages. For several hundred years, these dogs spread throughout Europe, being popular not only among noble people (and we know how aristocrats loved miniature dogs in the Middle Ages) but also among traders and artisans. They were first registered in France under the name “French Bulldog”.

They appeared in the United States rather late – they were first shown at the Westminster Kennel Club exhibition in 1896. After the triumph at the show, these dogs were wanted by all the rich and noble people, as well as show business stars, which greatly increased the prices for puppies. For example, the standard price was about $ 500 and could go up to $ 1,000, which was higher than the cost of a car. And several dogs with long pedigree have been sold for more than $ 5,000.

The French Bulldog breed is a dog of small size, with medium legs with prominent muscles, and a short tail, naturally irregularly curved. The body is square, the head is round, the muzzle is flattened, the ears are long but erect. The chest is wide and deep. May have color: white-brindle, brindle, white-fawn, (spotted), fawn. All other colors are considered to be so-called “breed marriage” and are not recognized by the official canine federations. Although the cream color is very common in the United States, in fact, it is also not recognized by the European Kennel Federation breed standards.

Personality and Habits of the French Bulldog 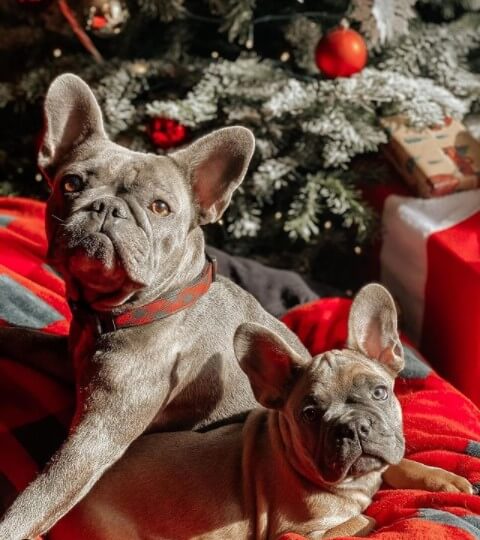 Dogs of this breed are great for family living. Lovely character, playfulness, and friendliness have always made French Bulldogs so popular. Pets are very fond of all family members, large and small. At a young age, this is an active and temperamental dog, over time it becomes slower and more imposing. The French Bulldog craves constant attention from the owner, active games, and affection, so it is not recommended to start it by elderly or overly busy people.

Cheerful nature, ability to do without long walks, and ease of care make the pet a good option for inexperienced dog breeders. Such a companion will gladly entertain family members and guests, brightening up even the gloomiest day. The French Bulldog feels in a good mood, so if the owner is bad, he will try to please him or just sit next to him. Despite its compact size, the dog is ready to stand up for itself and its owner in the event of a threat from other people or animals.

Dogs of this breed do not like to be alone for a long time. The animal begins to yearn and misbehave, the constant feeling of loneliness can make it more aggressive, wayward. The French Bulldog gets along well with other pets as long as they do not force him to defend himself. But on the street Bulldog often conflicts with unfamiliar dogs and cats, so much attention should be paid to training and socialization. 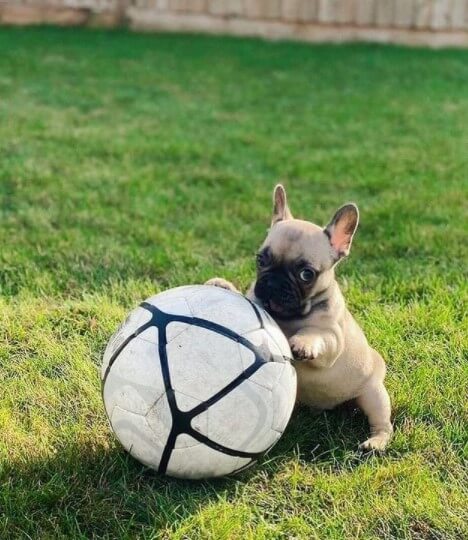 Training French Bulldogs is not easy because they are naturally stubborn and quickly get bored with repetitive actions. Experienced experts advise to always use treats as a reward, using short training cycles. Particularly stubborn members of the breed can be trained by building the training process as a game. It is advisable to take a course from a professional dog handler.

French Bulldogs are sentimental and have a good memory. In order for the puppy to quickly adapt to the new home, ask the breeder for a toy or thing that is already familiar to the baby. Education should begin from the very first day, despite the tender age of the four-legged friend. Don’t fall for the charm of cute eyes – calmly but firmly define your own leadership. Otherwise, it will be extremely difficult to cope with the dog in the future – adult dogs practically do not change their character throughout their lives. Immediately show the dog the tray, the place where his bowl is, the area for games and rest.

Until about 8 months old, the puppy will actively test the owner for strength, trying to gain leadership. Strictly suppress hooliganism and aggression, but never hit the dog, give up shouts, profanity. A powerful voice is enough for punishment. If the puppy does everything right, do not forget to praise him, surround the pet with care – this will speed up the learning process, prevent anger. Soon the dog will finally come to terms with the main role of a person, becoming a devoted friend.

The outlook and character are fully developed in the French Bulldog by the age of 16 weeks. Until this moment, it is important to socialize the pet as best as possible, teach commands, accustom them to hygienic and cosmetic procedures. 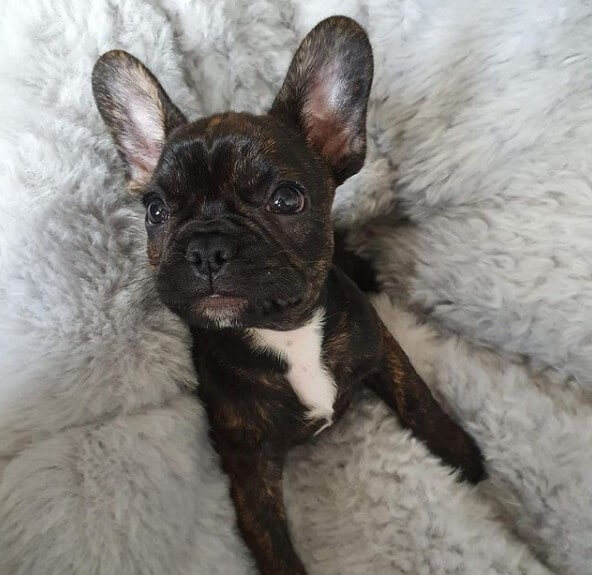 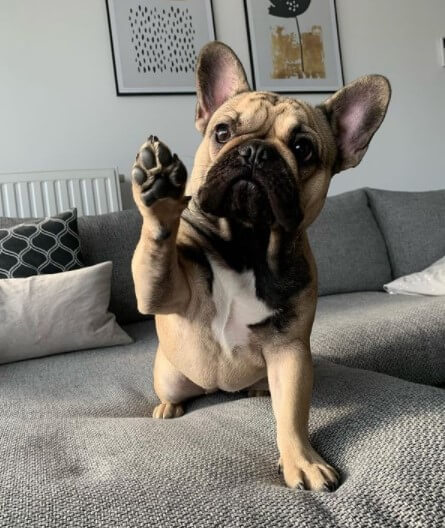 The French Bulldog breed is not demanding on the conditions of physical activity – in a spacious apartment a dog can live practically without walking. This greatly simplifies its maintenance in urban environments. But the less the pet moves, the more carefully the menu should be drawn up. 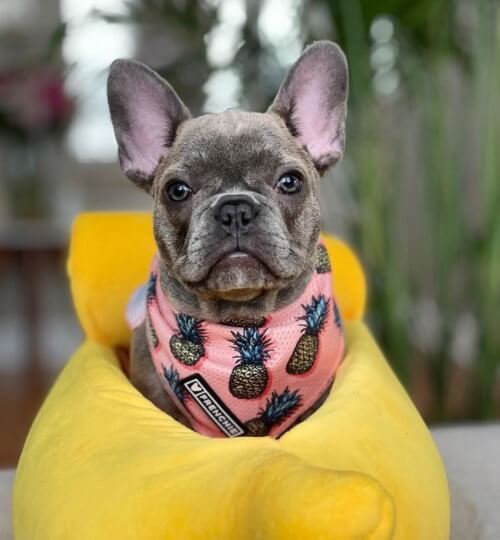 French Bulldogs require careful diet selection as they are prone to food allergies and obesity. Choose quality ready-made dry food only holistic and super-premium. Purchase a bowl for your pet with an upright, height-adjustable upright stand with access at chest level. This will make drinking and eating more comfortable. Change the water every day, remove the remaining feed immediately.

If you are planning to feed naturally, stick to the recommended foods list:

Completely exclude fatty meat, river fish, smoked meats, sweets, baked goods, gas-forming products (beans, cabbage) from the dog’s diet. Puppies up to 2 months old are fed 6 times a day, at 3 months – 5 times a day, at 4-7 months – 4 times, at 8-12 months – 3 times. You can switch to two meals a year. Control your portion sizes as French Bulldogs tend to overeat. Do not give very hot or cold food/drink. 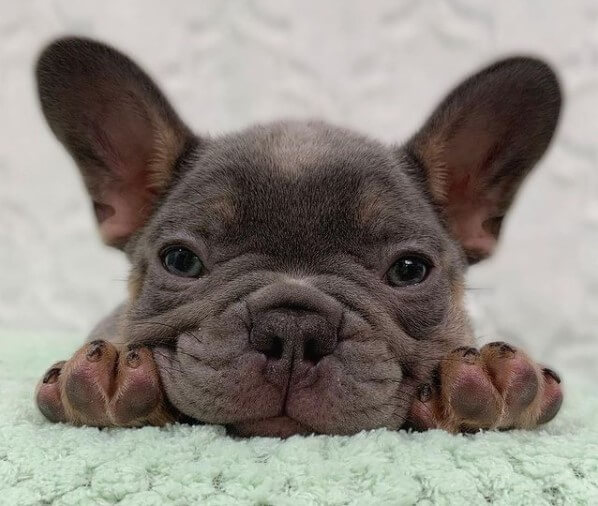 The life expectancy of dogs of this breed with proper care is 10-13 years. Some dogs reach the age of 14 or more, but this is rare. In general, French Bulldogs are reasonably healthy, although there are several common diseases. 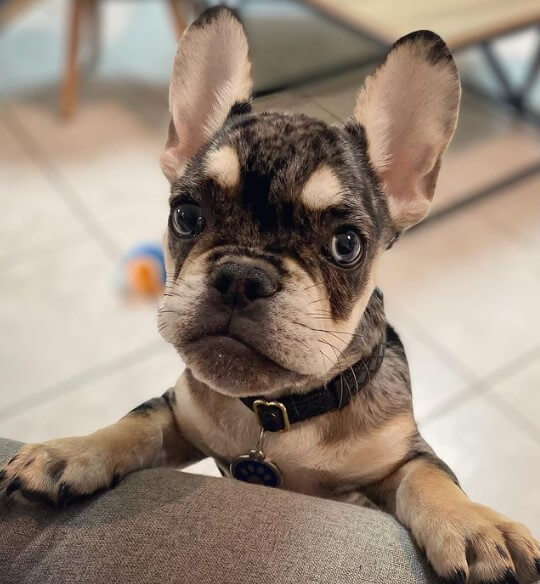 If you intend to buy a French Bulldog puppy, take the time to find a reliable kennel, proven by a large number of buyers. This is the only way you can buy a dog:

Additionally, the new owner receives a puppy card, pedigree, and vaccination book. Pay attention to the habits of future pets. It should be a moderately well-fed puppy, active, brave, playful. Ears, eyes should be clean, hair without bald spots. It is recommended to take a baby from 8 weeks, and preferably 10-12 weeks. Be sure to inquire about the character and habits of the parents – many traits are transmitted genetically.