For most dogs, there is nothing better than sharing their lives with their humans and other dogs. Here you can find out what advantages and disadvantages a second dog entails and what you should consider when deciding on a second dog.

Most dog lovers can’t get enough of dogs and therefore often want a second dog. Due to the many different characteristics of dogs and dog breeds, there are sometimes very unusual constellations when keeping multiple dogs, for example a Great Dane lives together with a Maltese. However, there are often very similar combinations, especially when the owners have fallen in love with a particular breed.

As with the purchase of the first dog, however, it should be carefully considered with further four-legged friends whether a second dog is at all suitable and which dog could actually enrich the pack. It is important that not only the needs and preferences of the people are taken into account – those of the first dog should always be included in these considerations.

Before the second dog comes 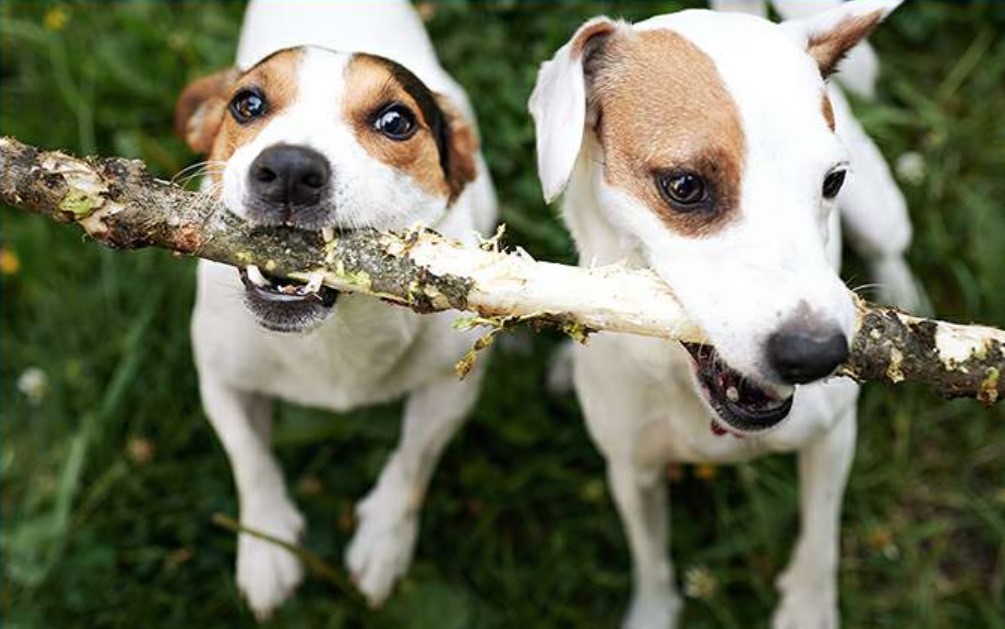 Before deciding to get a second dog, very rational questions need to be answered in order to check whether you are actually suitable for keeping two dogs.

An important question is who should be the main caregiver for the new dog. Is there a distribution of tasks or is one person in the household fully responsible for both dogs?

If the latter is the case, it is important to remember that this person also has to spend twice as much time in many respects: Especially in the first few months, training and walks should take place separately so that the new dog learns to orientate itself to its human, and not – which would, of course, be more obvious from a dog’s point of view – on his own kind.

Children under the age of 16 should never be considered as a main character for a number of reasons. On the one hand, there is often a lack of a real sense of responsibility, on the other hand, both the interests and the life situation of a child or young person can change fundamentally over the course of the following years.

2. Financial and spatial situation with a second dog

Another important question is that of the financial and spatial situation. Because with a second dog, the costs of keeping a dog double: double the tax, double the veterinary costs, double the food. Can you bear these costs in the long run?

And then there is the question of who can take two dogs on holiday or in an emergency situation (e.g. hospital stay) or what options there are for taking two or more dogs with you on holiday. The more dogs are purchased, the more potential for clarification of all these questions.

The right time for a second dog

The most important basic rule is: The relationship between the dogs already living in the pack and their people must be completely clarified, there should be no more problems. Of course, the definition of “problem” is always a matter of opinion. But at the latest when the new dog moves in, the problems that were previously swept under the carpet with a wink usually multiply with the first dog.

Therefore: If the first dog is still testing its limits, reacts aggressively towards other dogs or people in everyday life, pulls on the leash or does not come back when you call it, then you should first train the existing dog (preferably with the help of a professional). tackle.

Of course, dogs are not machines and cannot always “work”. Nevertheless, you should always keep in mind the effects that a second dog entails with all problems. So please never think that another dog could solve existing problems. Rather, he makes her worse. A second dog, for example, does not usually make it easier for the first dog to stay alone. After all, the human is the dog’s most important reference person and should remain so in any case.

There are also dogs that actually live happier without another conspecific. You know your dog. Consider whether he is suitable for living with a second dog and whether he will be comfortable with it.

Which dog is suitable as a second dog?

Once all questions have been clarified and all problems solved, the important question now is which dog is actually suitable for enriching the pack. Again and again there are cases in which a pack member has to be separated because the selection was not thought through carefully enough beforehand.

When the decision for a second dog has finally been made, the first thing to consider is the gender of the new dog.

In general, the recommendation for same-sex partners applies, regardless of whether the dogs are neutered or not. This has the simple reason that in a male-bitch constellation a pair formation naturally arises. This can mean that a male dog – whether he is up to the task or not – takes responsibility for his bitch, and the bitch expects the same from her male dog.

Of course, you have to look at each dog individually. There are bitches who see themselves very highly in their status and therefore hardly accept female rivals, the same can be the case vice versa with two males. Here, a partner of the opposite sex would make more sense. Of course, this topic is always to be evaluated very individually, since there are many different dogs and requirements for them.

If you adopt a male pup with an adult male, be aware that there may be a fight for rank when the pup reaches puberty. Would you be up to it?

It is best to consult a professional about the desired composition. Good dog trainers also offer to look at the desired constellation before the match and give an assessment.

Again and again there are cases in which sibling pairs are admitted. A breeder who offers this is considered rather dubious. Dogs of the same age who also have a family connection will always orient themselves towards each other. In addition, there is the big disadvantage that two dogs have to be trained from scratch at the same time and not just one. That takes a lot of time and energy.

The age of the second dog also plays an important role. In general, the age difference between the first and second dog should not be too big.

It can be very stressful and exhausting for an older dog to help train a puppy. Often people think that the old dog with a new puppy experiences a kind of “second spring”. In truth, the dog senior is just stressed and busy putting the little rascal in his place. In the best case, a puppy is more likely to come to an already adult dog, which should be at least 2.5 years old but not a senior.

If an adult dog is to move in, this usually causes the fewest problems. However, if the first dog is younger, the older dog may demand respect from the younger one. This in turn could lead to discrepancies, because so far the first dog has been number one. The following applies here: When the human-dog relationship has been clarified, the human should be the one who regulates a lot in the pack and ensures harmony and a relaxed relationship between the individual dogs.

3rd breed of the second dog

Finally, the breed and type-specific differences of dogs should also be considered. Even if it seems illogical at first: It makes more sense for dogs and humans to adopt two different breeds or dogs with different ambitions and dispositions. Because with two dogs with similar interests, there can be more conflicts (e.g. arguments about food/a certain toy, etc.). Or the dogs form a kind of community of interest, become prime hunting partners or walk shoulder to shoulder through the park to stir up other dogs.

It therefore makes perfect sense to choose different types. Often these even represent a mutual enrichment, for example when the more active dog motivates the other and the more lazy of the two also allows peace to come into the coexistence. Self-confident and rather fearful dogs can also complement each other.

Important: Even if two different dogs are recommended, they should be physically compatible in terms of weight and strength if you want to be on the safe side. If a rather large dog lives with a rather small dog, injuries can (unintentionally) occur. Although dogs can generally assess the different conditions, minor to serious accidents happen again and again.

Conclusion: advantages and disadvantages of the second dog 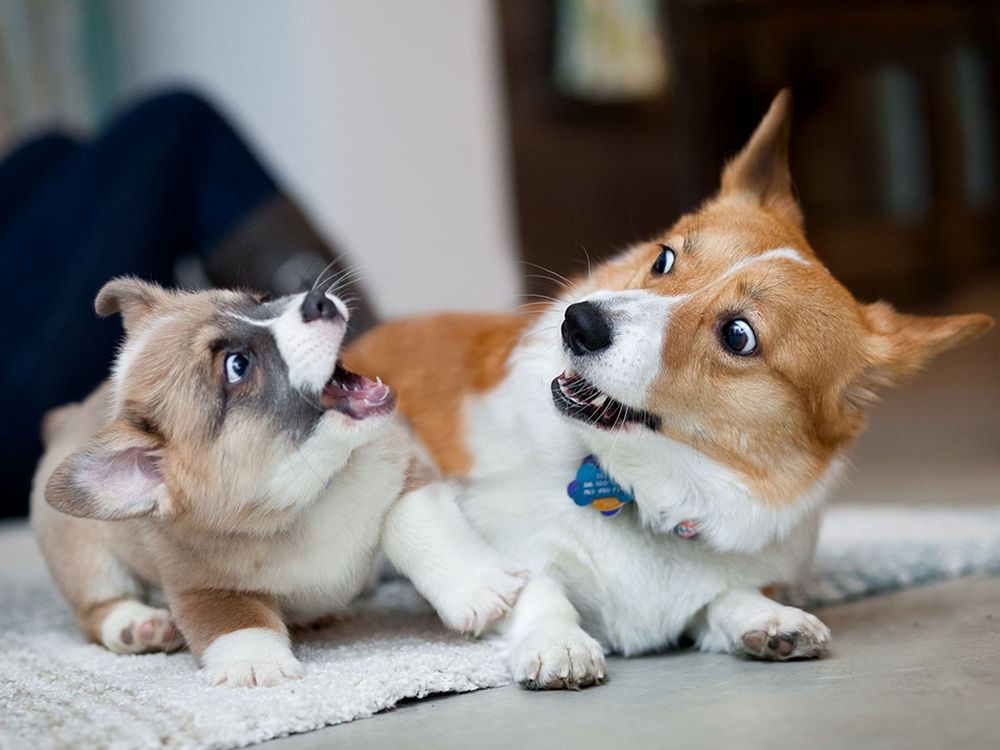 The decision about the right second dog should not be made in passing. Many aspects require careful consideration and there are pros and cons to getting a second dog.

The downsides that need to be carefully considered are the higher cost and time commitment. If you don’t have the financial or spatial means for a second dog, you shouldn’t get one either. As a dog owner, you also have to find a balance between your dogs so that the dogs see you as a reference person, but also become a team with each other and no jealousy arises.

But if you have considered these disadvantages and can deal with them, you will be able to enjoy the many advantages of a second dog:

The clear advantage is: If you consider all the important points when choosing a second dog, you can win a real partner for yourself, but above all for the first dog: the dogs can live together in a small pack, help each other and communicate with each other like they do do that neither with people nor with strange dogs. And you have another faithful companion at your side and you were able to give a dog (perhaps from an animal shelter?) a new home.