Contents hide
1 Appearance
2 Personality
3 Health
4 Care and Maintenance
5 Education and Training
6 Golden Retriever & Chihuahua Mix: Is It Right For You? 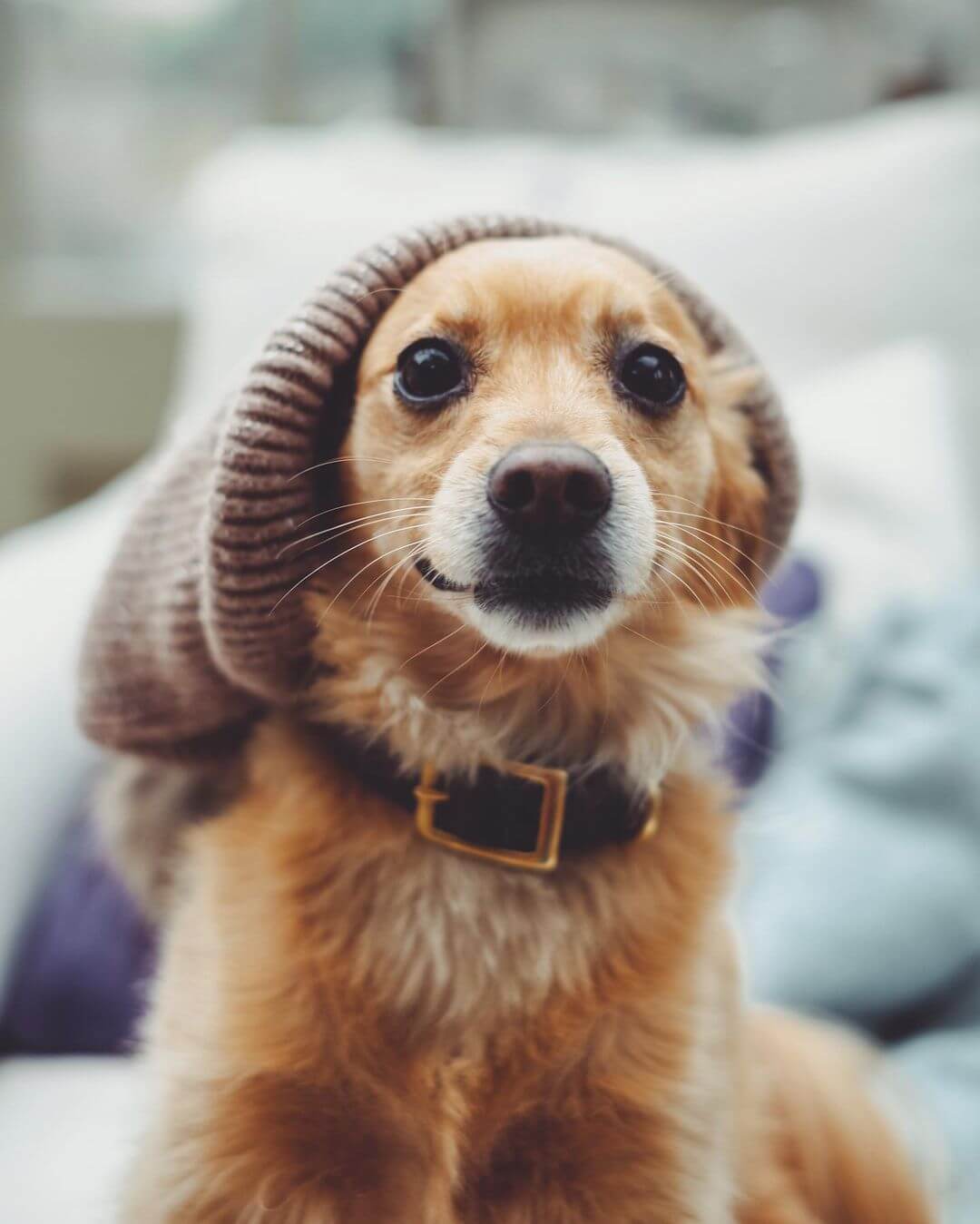 The golden retriever and the Chihuahua are two of the most opposing breeds of dogs. The Golden Retriever is considered a large pedigree dog, averaging 55-75 pounds, sometimes larger. It is perhaps best known for its thick golden fur, which is often wavy and full of body. And who can forget the Golden Retriever’s smiley, cute face that just seems to create sheer joy? The Chihuahua, on the other hand, weighs only 3 to 7 pounds on average. Because the breeds are so different, you can’t predict exactly what the mix will look like. But it is safe to say that the weight will most likely be in the range of 15-30 kg.

With a tiny snout, big eyes, erect ears, and a docked tail, the Chihuahua is an absolute hit. The breed’s coat can be short or long and comes in a variety of colors. The coat will definitely have a thick, maybe even wavy element. And likely the ears are not pointed down like a golden retriever, although they are much smaller. When it comes to facial features, the Chihuahua face texture will definitely predominate, but with the softer, sweet features of a golden retriever. 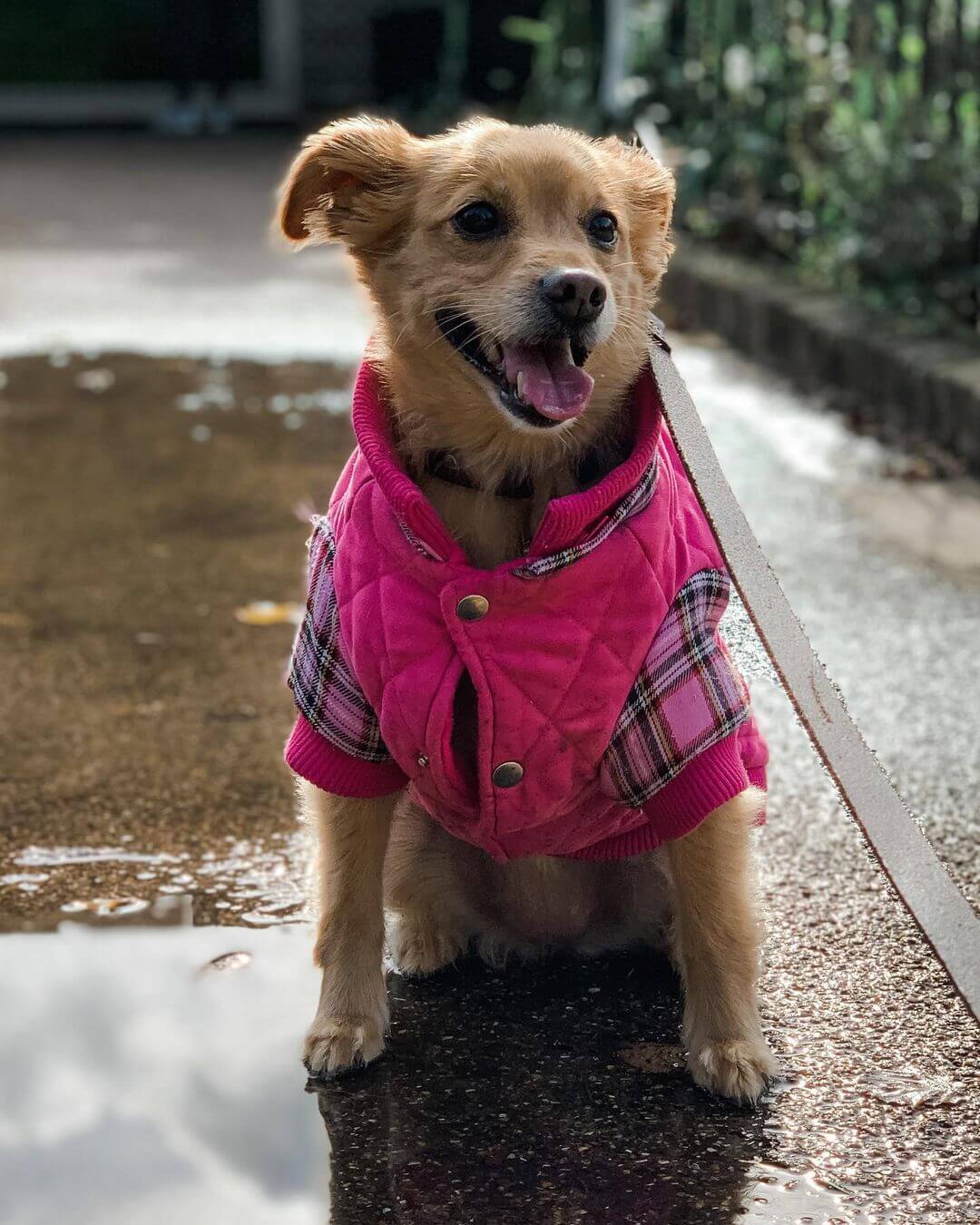 When it comes to personality, you can’t get two different breeds of dogs. The golden retriever is considered gentle, friendly, and confident. Due to their friendly and loyal nature and impressive intelligence, the breed is widely used as a service dog for those who need a helping hand. (Or maybe a helping paw in this case?) Chihuahua’s personality is a little less predictable.

In general, the disposition depends on the parents and their behavior. The breed tends to be particularly loyal to one person in the family, sometimes even to the point of being overly cautious. They can be awkward and territorial at times. However, once they warm up to a person, you will see their sweet, sincere side. And who can forget their intelligence, sass, and spunk? In conclusion, the Golden Retriever is easy going and leaves people open to their love, while the Chihuahua makes you earn his affection and trust. What in the world corresponds to the Golden Retriever Chihuahua mix? As mentioned earlier, when you mix two breeds, you don’t know exactly what you’re getting. It’s more than likely that a Golden Retriever Chihuahua mix is ​​a cute, kind soul who isn’t as open-hearted as a purebred Golden is still looser than the typical Chihuahua. If you have a home with kids or other animals, we recommend considering the personality and behavior of the Golden Retriever Chihuahua mix you are considering to ensure they have the right temperament for your lifestyle. 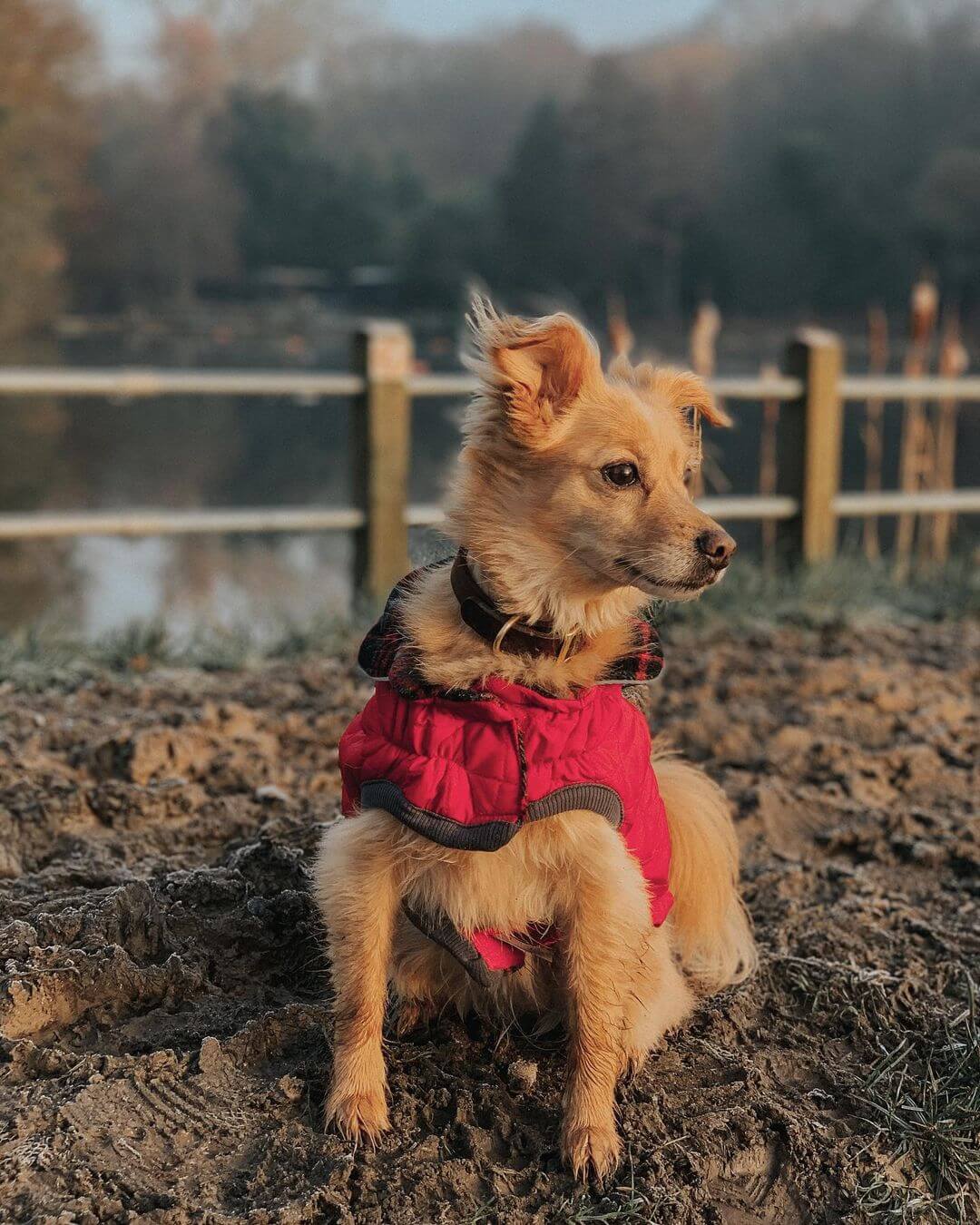 Many of the problems arise from the breed’s small size. For example, veterinarians advise that you keep an eye on your teeth as their small jaw size can cause problems. Other concerns include a soft spot in the skull, low blood sugar, and a collapsing windpipe.

With the Golden Retriever Chihuahua mix, combining these two breeds creates a new type of dog that is not very well known. Hence, we cannot say for sure what health problems the breed may have. However, we can state that the Chihuahua often have problems with their small size. Mixing with a larger, more robust breed is likely to be beneficial for health.

The Chihuahua’s long lifespan can also mean years of life. Just like any dog, make sure you take him to the vet regularly. The veterinarian can help identify potential problems, give required vaccinations, make sure they are on the best diet, and help make life healthy and happy for your dog. 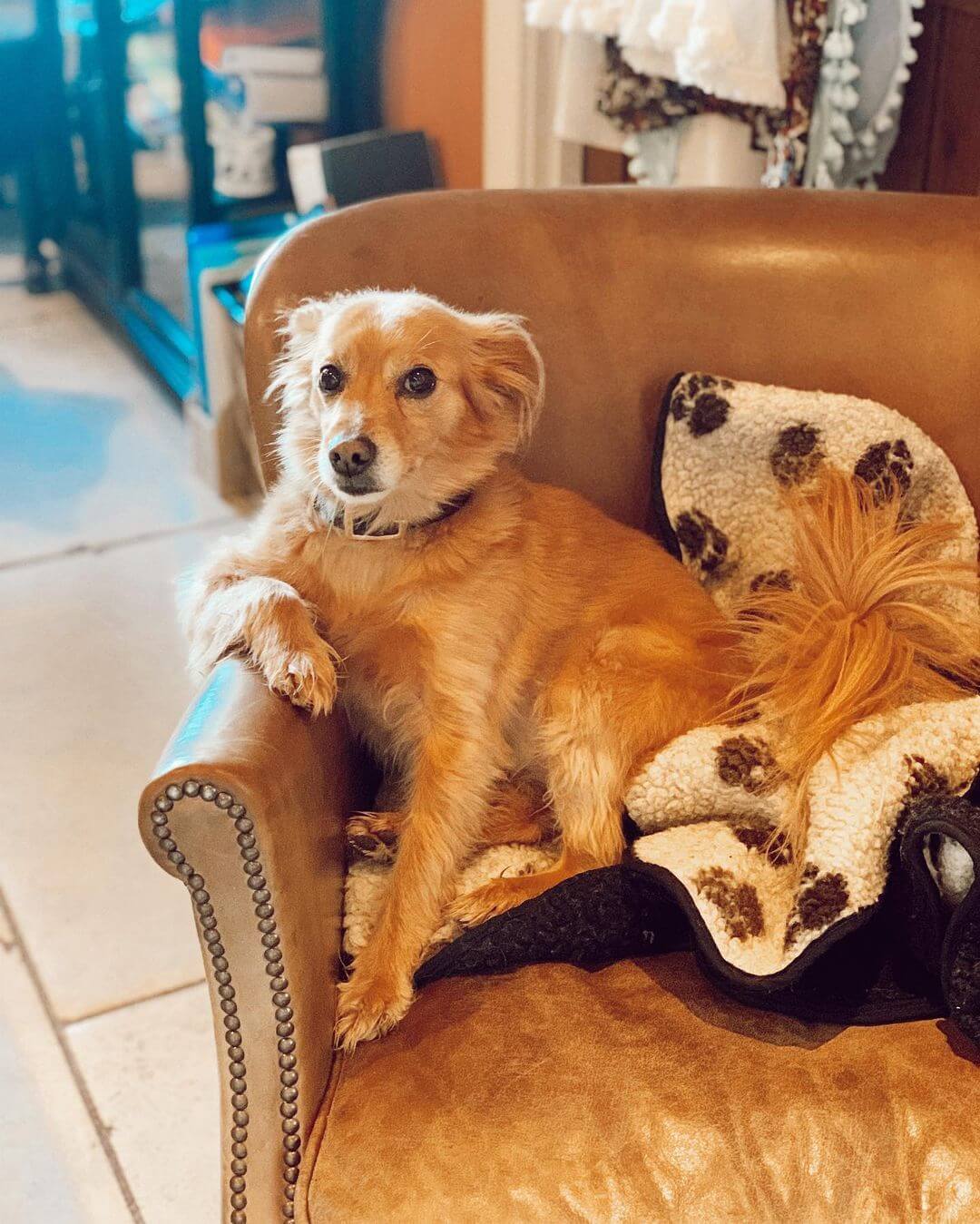 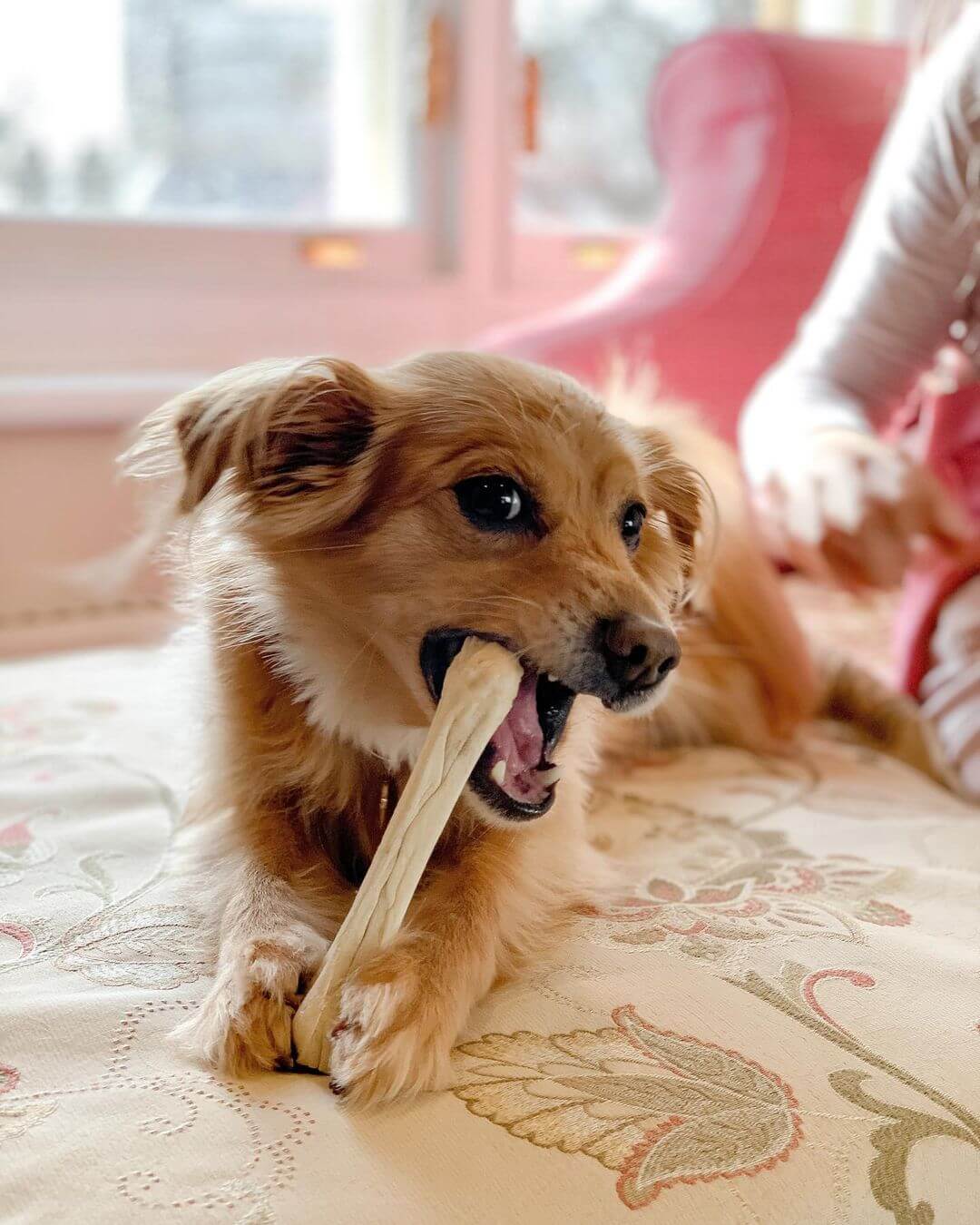 Training is essential for any new dog. The Golden Retriever Chihuahua Mix gives you an interesting combination of breeds: one of the most trainable, obedient canines, along with a type of dog known for being smart, but also somewhat stubborn and steadfast.

Sure, the Golden Retriever Chihuahua mix probably doesn’t make a great service dog, like a purebred Golden Retriever, but the mix is ​​smart, curious, and ready to learn.

To get your dog going, we recommend taking dog training courses as soon as possible. This ensures that everyone is on the same page and speaks the same language in terms of training and discipline.

It’s also a good idea to read up as much as you can. A great book to try out is Training the Best Dog Ever: A 5 Week Positive Reinforcement Program by Dawn Sylvia-Stasiewicz, a dog trainer for Barack Obama’s dog Bo.

Golden Retriever & Chihuahua Mix: Is It Right For You? 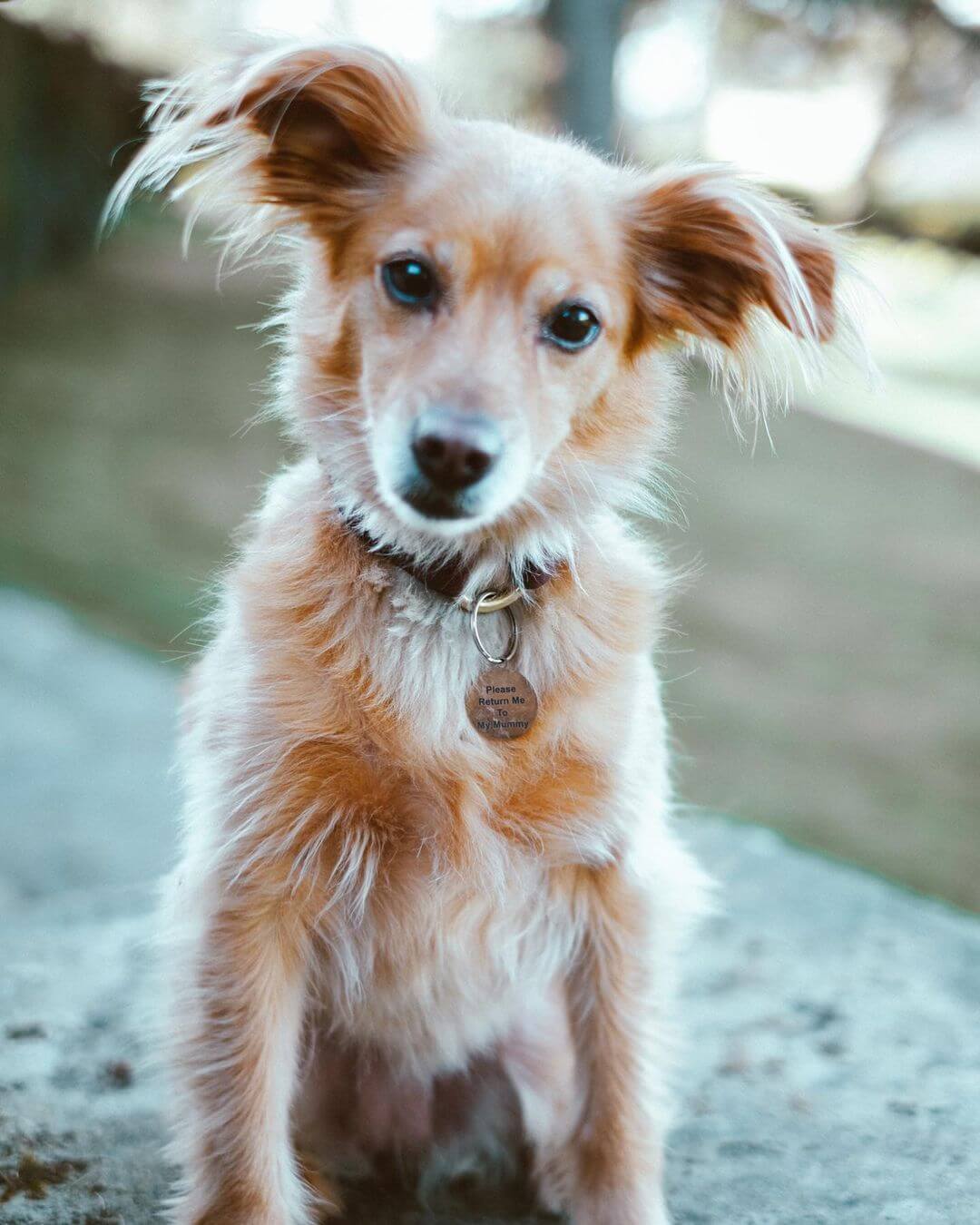 The Golden Retriever Chihuahua mix isn’t exactly the type you come across every day. Whenever you find such a dog, you should definitely consider welcoming them into your home. However, if you have young children, be sure to be aware of the dog’s size and observe their behavior. An especially small, fragile dog isn’t a great game for a wild toddler who doesn’t understand that you shouldn’t grab the dog. The Golden Retriever genes should add a little more stability to the mix, however, and should at least double, if not triple, the size of a standard Chihuahua. Behavior is also an issue when you have children or other animals in the family. The Chihuahua personality can be overprotective and irritated at times, so most experts say they are not suitable for children under the age of eight. However, the addition of the Golden Retriever personality can lead to a relaxed, mature demeanor.

As mentioned earlier, the Golden Retriever Chihuahua mix is ​​certainly a clever combination. Both breeds are quick-witted and inquisitive, so you need to make sure you are receiving adequate mental and physical stimulation. Regular exercise is a must, and investing in dog puzzles or puzzles is not a bad idea. Like all dogs, the Golden Retriever Chihuahua mix wants to feel loved, safe, and secure. So if you can create your home, let’s say take the dog with you!