We’re going to take a look at the important things you need to know about Golden Retriever and Chow Chow mix.

We will find out what a Golden Chow Retriever looks like, where its parents come from, general behavior, and possible health problems.

You can decide if this hybrid dog is right for your home. 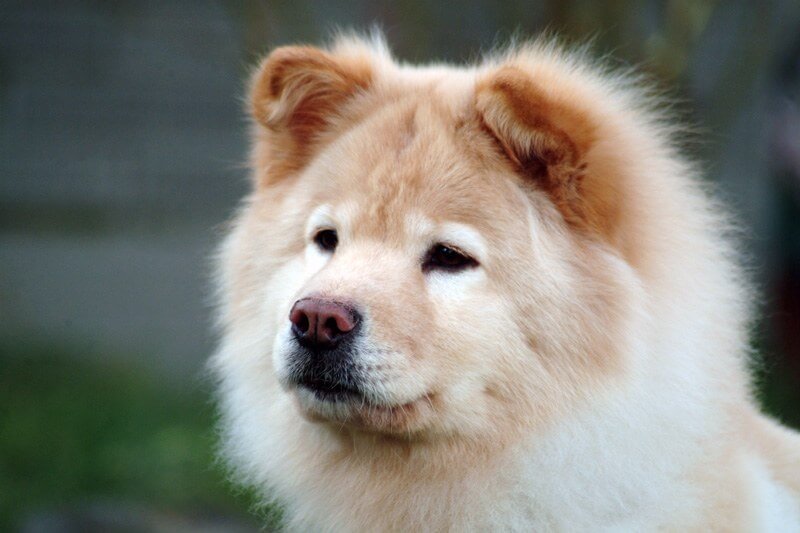 Where did the Golden Retriever & Chow Chow blend come from?

Now that it is a new generation hybrid, the exact story of its origin is still a mystery.

To find out more about him in general, let’s take a look at the history of his purebred parents.

There is no reliable information about when exactly the history of the chow-chow began. But the fact that it is several thousand years old is beyond doubt.

According to some reports, back in the 3rd millennium BC. e. in the palace library of the Chinese emperors, there were records about this amazing breed.

Once in China, chow-chows were at first the property of only the courtyards of high-ranking nobles.

But gradually interest in animals faded, and dogs spread throughout the country, they could be found even in the homes of the poor Chinese.

Europe met the “bear” dog as an outlandish beast from the distant Middle Kingdom. The first “pussies” appeared here in 1780 and for almost a hundred years they were perceived only as exotic animals.

That changed in 1865 when Queen Victoria, fascinated by the miracle of the plush, took an interest in the breed. In 1887, the British started breeding Chow Chow, and eight years later, the breed standard was approved and the first Chow Chow Club appeared.

The Golden Chow Retriever is a large fluffy dog.

The long coat is inherited from both parent breeds.

However, the texture of the coat is usually wavy and thick.

This is a large dog and will need a lot of space in your home to move around freely.

The average height of this dog breed is 20 to 25 inches and the average weight is 50 to 75 pounds.

The Golden Chow Retriever has a slightly curved tail and drooping ears hanging down the sides of the face.

The Golden Chow Retriever is more likely to inherit the deep-set eyes of its Chow parent.

However, some dogs of this breed may have an eye structure similar to that of a Golden Retriever.

The breed has a very thick coat and a very impressive mane.

Contrary to what the name suggests, Golden Chow Retriever will not always be golden in color.

Instead, his coat color can be: 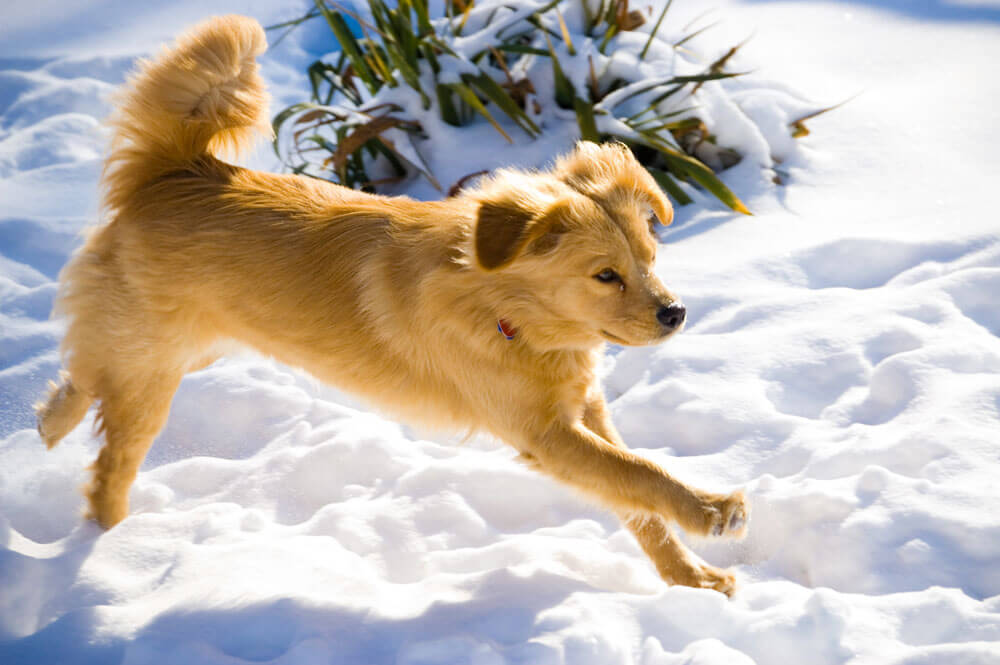 The Golden Chow Retriever’s personality will depend on what traits it inherits from its parent breeds.

Consequently, one Golden Chow Retriever may have a completely different character from another.

If your dog is more like a Golden Retriever, he will be a playful, outgoing, loving, and friendly dog.

If your puppy inherits more of the Chow Chow traits, then he will not be so friendly.

These dogs will be more protective of their homes and are suspicious of anyone who enters.

However, a golden retriever chow mix is ​​usually a mix of both parents.

This means that you can expect your Golden Retriever Chow Mix to be a friendly dog ​​that gets along great with children and strangers but can sometimes be suspicious and aloof. 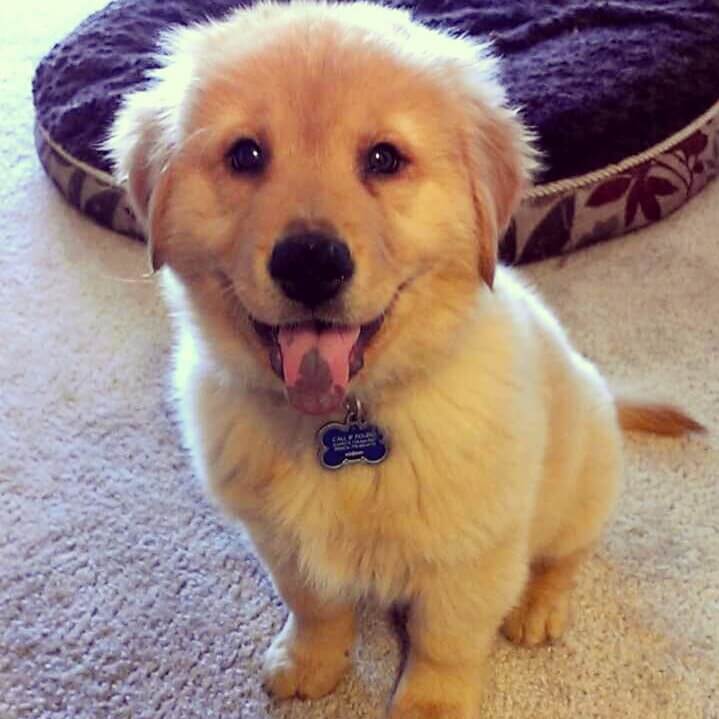 Contrary to popular belief, you should not brush your dog every day when it does not shed.

It is sufficient to perform this procedure once a week using a thin comb.

Golden Chow Retriever wool is not prone to matting.

Exceptions are armpits and behind the ears.

These areas need to be monitored more closely.

During the shedding period, the fallen undercoat remains on the coat and is well removed by combing, which requires regularity these days.

This will keep your Golden Retriever Chow Mix healthy and looking good. 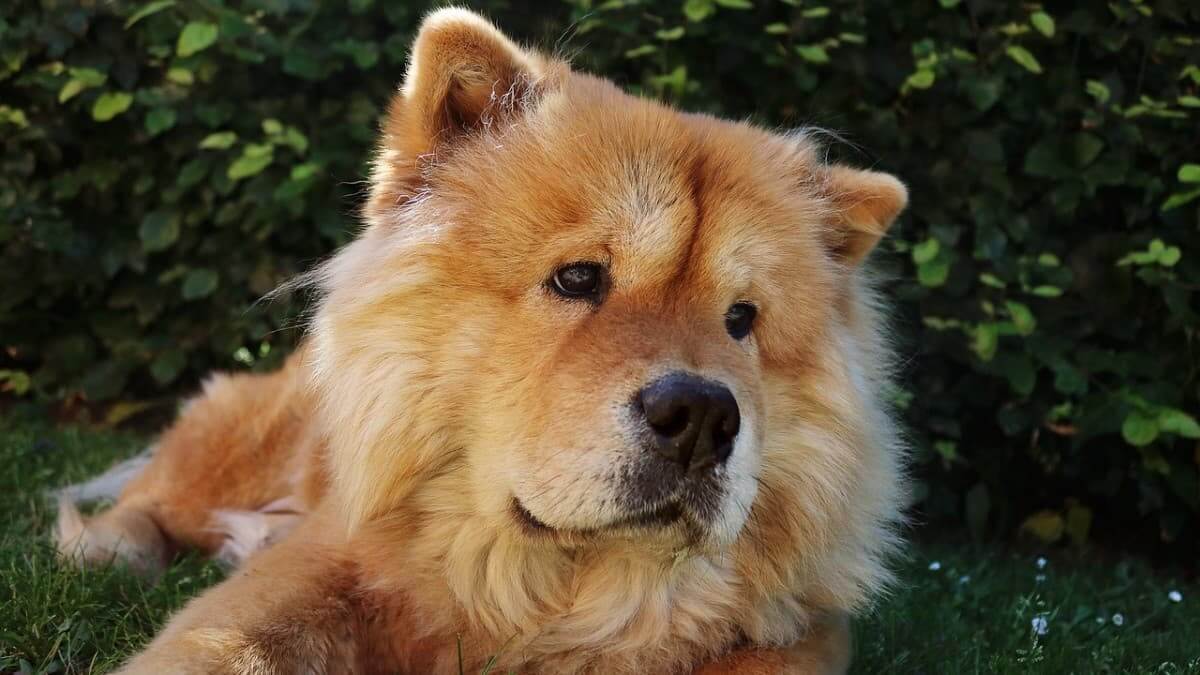 Designer dogs are generally healthier than their purebred parents, however, it is always important to do a little research to better understand what your new family member might inherit from their parents in the future.

Golden Retrievers can have certain cancers as well as joint problems such as hip dysplasia and disc disease.

As for the Chow Chow, these are dogs with good health.

However, there are a number of hereditary diseases that are most common in this breed.

These include atopic dermatitis, hereditary myopathy, and volvulus.

But don’t be discouraged by this list of potential health problems.

Your Golden Dox can lead a long and healthy life without any health problems. 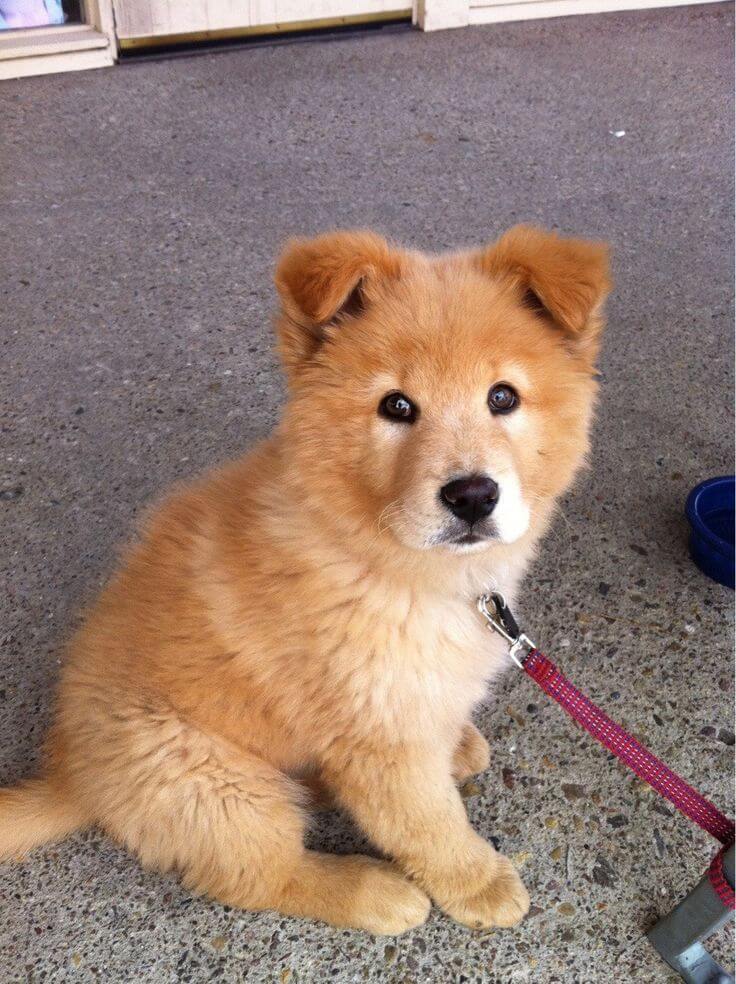 Golden Chow Retrievers are less common than many hybrids, but you can still find breeders online.

But do not forget, when visiting a breeder, be careful about the conditions of keeping dogs.

Meet the puppy’s parents, ask questions, and get physical evidence for a health assessment.

At all costs, follow all the rules to meet with the breeder and do not make any purchases until you are satisfied.