The Great Dane often called the gentle giant, has earned this nickname for a reason. He is really very sweet, gentle, and playful. Because of his extraordinary size, when he communicates with children, it is worth keeping the situation under control, but in general, this dog has wonderful manners by nature. As a rule, the Great Dane is used as a guard dog or a personal bodyguard, and he copes with these duties brilliantly. 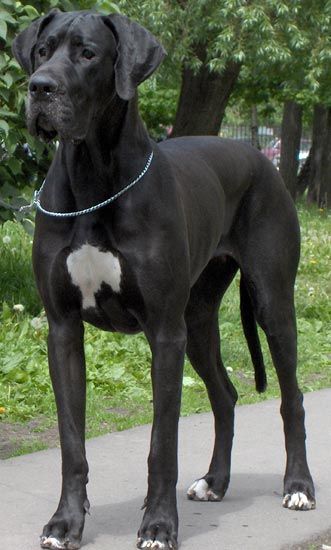 Great Dane is a dog widely known all over the world not only for its impressive size and appearance, which cannot be confused but also for its soft, kind disposition. The name of the dog Great Dane is now generally accepted, although the name Great Dane and others were used in the Middle Ages.

In particular, the word “Great Dane” was applied to dogs of an especially large size and similar constitution, and different species of these animals were classified and could have different names, for example, “Ulmer Dodge”, “Great Dane”, “Hunting Great Dane” (Hatzrude ), “Saupacker”, “Great Dane” (Grosse Dodge), “English Great Dane” (Englische Dodge) and “Danish Dog” (Danische Dodge). The name was given depending on the area and use of the dog.

Despite the fact that the Great Dane was widely known in the Middle Ages, it did not originate in Europe, and the times of the appearance of the predecessors of the modern Great Dane date us to the 3rd millennium BC. and before. Scientists’ research shows that the ancestors of the Danes met in Ancient Egypt, as evidenced by archaeological finds, as well as in Babylon (2nd millennium BC).

In Babylonian temples of this period, you can find images of dogs, surprisingly reminiscent of Great Danes. Also, Assyrian merchants sold these pets to the ancient Greeks and Romans, the latter spread them all over the world. In addition, both Greeks and Romans crossed Danish Danes with other breeds for increased size, increased endurance, and other important qualities. It is believed that the Irish Wolfhound and Irish Greyhound played a significant role in the formation of the breed. 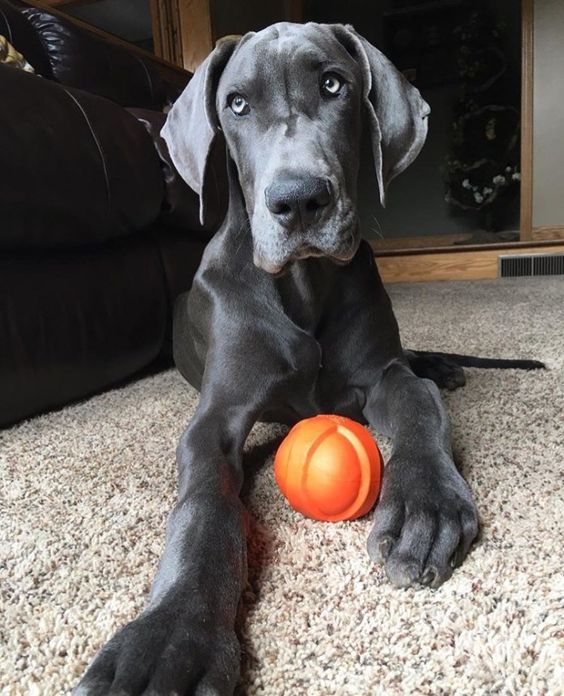 In the Middle Ages, these dogs were widely bred in the territory of modern Denmark and Germany, and in the 16th century, Danish Great Danes were widely used for hunting wild boars. By the way, ears are cut off during hunting – the ears were cropped so that the boar would not break them during the battle. At the end of the 16th century, a fashion appeared among the German aristocracy to keep Great Danes in luxury, when the dog wore a gold collar and ate from the master’s table, not knowing what hunting was. They were called Kammerhunde.

The name of the breed “Danish Mastiff” appeared in the 18th century at the suggestion of a French naturalist who named these dogs “Grand Danois”, although breeders in Denmark did not take much part in the development of the breed. The name stuck and was used for quite some time, until 1880, when breeders and judges at a dog show held a meeting, establishing the first breed standard and clearly dividing the English Mastiff and the Danish Mastiff that they bred. 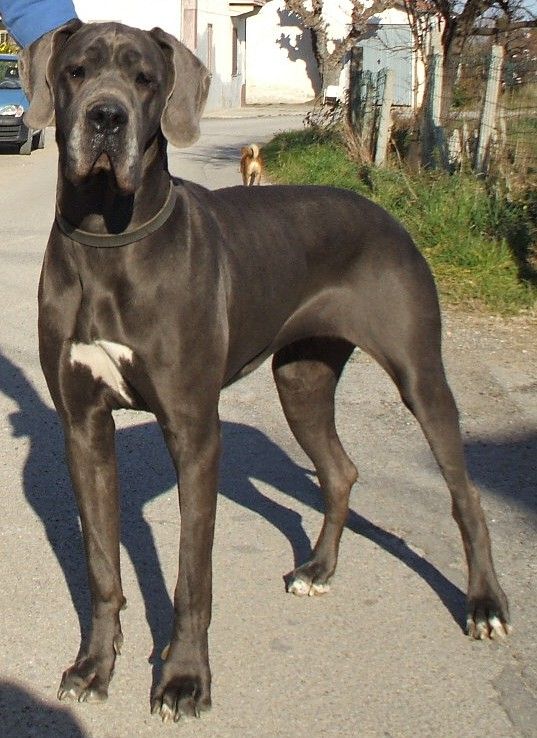 Great Dane is a large dog, one of the largest in the world. The growth of a dog at the withers reaches 80 cm, sometimes more, the growth of bitches is 72 cm at the withers. Weight can reach 90 or more. The limbs are long, muscular, the chest is voluminous and clearly defined, the abdominal cavity is deep. The muzzle is large, square, the ears are usually copied. The tail is of medium length. The color can be different, from solid to spotted. 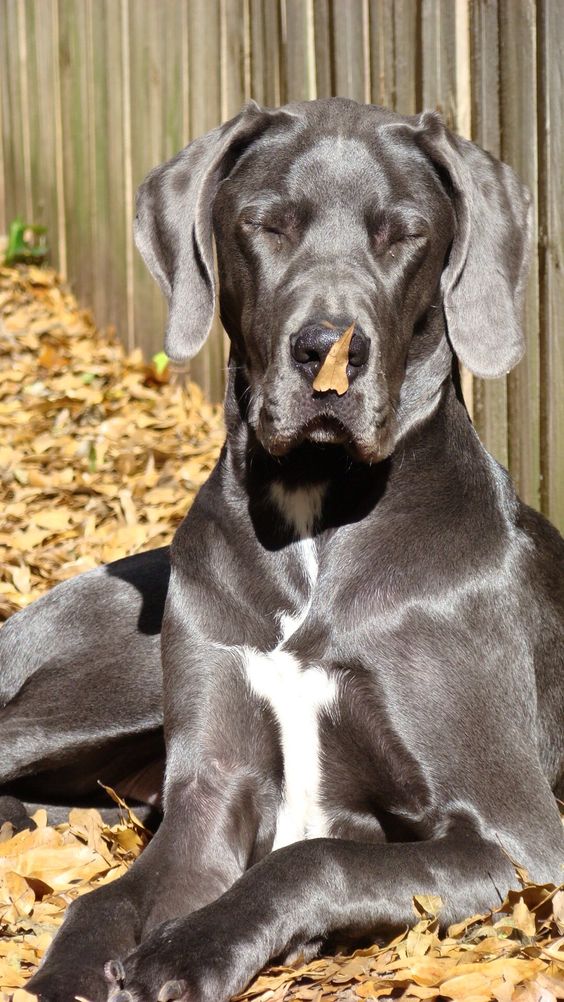 Today, the Great Dane dog breed has a rather peaceful, calm, and even affectionate character. Which, by the way, is the merit of the early breeders who were engaged in the formation of the personality of the representatives of the breed since the middle of the 19th century. The good nature and openness of the Great Dane are manifested literally in everything – he is happy to spend time with his family members, be it an adult or a child, he is always looking for an opportunity to serve the owners, he is distinguished by obedience and noble manners.

However, in order for your pet to have such a truly ideal canine character, you will need to make some efforts to educate him. By default, a Great Dane dog treats children well, and although it is not quite suitable for the role of a nanny, it is always happy to play various games with them, go for a walk, and just have fun.

At the same time, you should understand that too young children who still do not know how to behave properly with a dog should not be left alone with such a large animal. Moreover, the dog can accidentally push the baby or injure him without intent, but purely because of its size. Great Dane possesses excellent intellect, perfectly understands the owner, and with close contact, hey knows how to guess his desires, feel the emotional state.

The Great Dane dog breed loves people, and nothing can be done about it. Especially if you raise your pet correctly and provide him with early socialization, he will be friendly to everyone, including strangers.

We can say that if a dog sees a good attitude of the owner towards a stranger, he will also treat him well, but if this is an offender, your dog will try to defend himself. And, given its size and frightening appearance, sometimes even a simple hint from the Great Dane is enough for the offender to retreat. In general, for protective and protective purposes, treaties are rarely used, because of their friendliness. Rather, it is a companion dog, friend, faithful companion for the whole family.

A dog of the Great Dane breed loves attention and does not tolerate loneliness. So, you will most likely have to take your pet with you if your whole family is going on vacation. A love of human attention and affection can cause your dog to seek any opportunity to climb onto your lap, bed, or couch. So, do not rush to pamper your dog – this burden may be too heavy for you. And – in the literal sense. 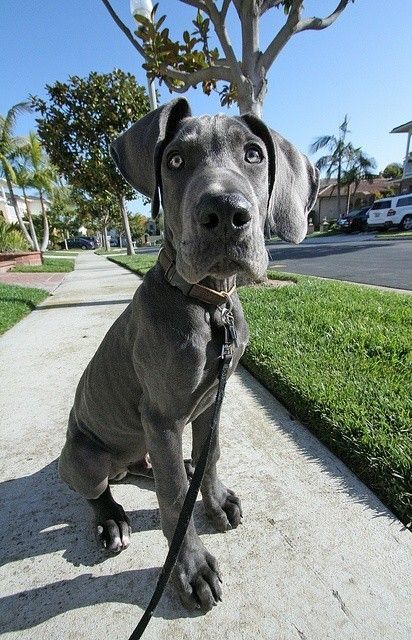 Since the Great Dane usually has a docile and kind disposition and tries to please the owner, there are usually no problems in his training. It is better to start education from an early age since it is much more difficult to train a one-year-old dog, and at the age of 2 years it is almost impossible to change character, or extremely difficult. Great Dane can be taught both simple and complex commands, he is an intelligent and quick-witted dog. 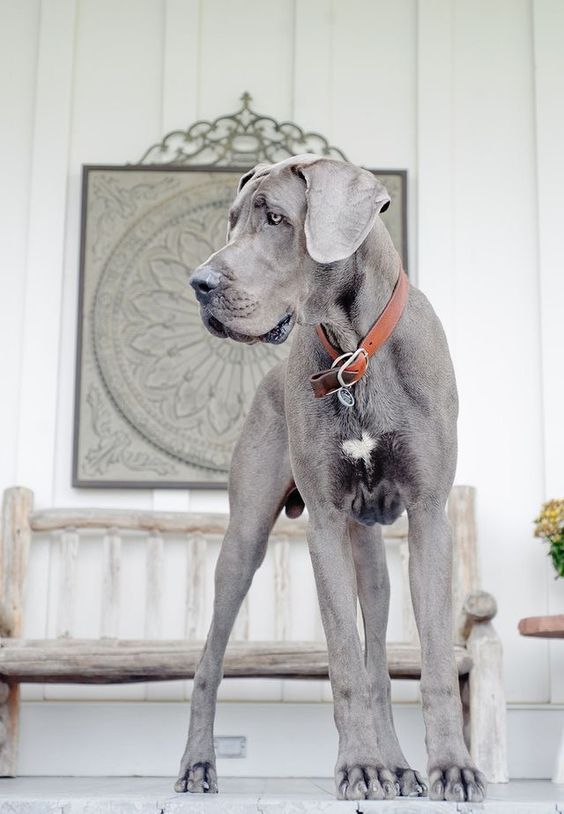 The Great Dane dog breed has some health problems and is prone to certain medical conditions, including: