A poodle is a dog that is distinguished by a lively mind, cheerfulness, activity, and energy. They are elegant, well-built harmonious animals. The diversity of the breed is striking. The poodle is available in several sizes (large and small, dwarf and toy) and two types of wool (curly and corded). The colors are very diverse: all variants are acceptable. Their loyalty, friendliness, and cheerful disposition, as well as their high lifespan and quick wits, have made them one of the most popular companion dogs. 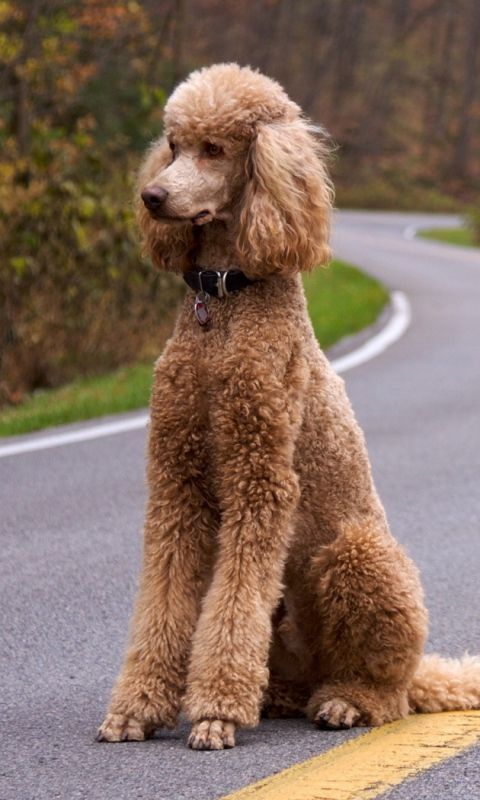 The poodle is a very famous dog breed all over the world. Traditionally, there is an idea that these dogs were bred in France in the Middle Ages, but this is not so. In fact, they appeared in Germany a long time ago, although there are several theories on this score. Some researchers believe that the ancestors of the modern poodle are the North African barbet, which came to the Iberian Peninsula, and then reached Gaul together with nomadic tribes or traders, where it was actively used to hunt waterfowl.

Actually, the peculiarity of the poodle lies precisely in this – it was bred just for hunting waterfowl, with which the following theory is directly related. It states that the Poodle is a crossbreed of many water dogs found in Europe, including Portuguese, Spanish, French, Hungarian, German, and Russian water dogs.

Now we know the poodle as a decorative dog, and it is difficult for us even to imagine that once they could hunt with a person in pairs. However, wherever the poodle dogs have their pedigree, they are really very ancient animals. Images of these pets can be seen on the tombs of ancient Egypt, as well as in Roman frescoes and in the form of statues.

In the images, poodles hunt together with people, sit near children, catch birds from the water, and even help herd livestock. It is not known exactly when the Poodle breed reached Europe, but around the beginning of the 15th century in France, the Poodle was already popular among the aristocracy. It was the French who began to breed smaller types of this breed – miniature, and then “toy” dogs.

The smallest variety was bred solely for the purpose of surprising the nobility. They did not carry any useful function in themselves. By the way, breeding was carried out exclusively between representatives of the Poodle breed, through the selection of the smallest individuals with their further crossing. Large poodles were used when hunting ducks, medium ones – to search for truffles in the woods, and toy ones were companions of noble ladies and some gentlemen.

A little later, the poodle became a frequent participant in the circus and theatrical performances. Dogs were trained to perform various tricks, all new fancy haircuts were invented, delighting the audience. The first official registration of the Poodle breed took place in England, in 1874. 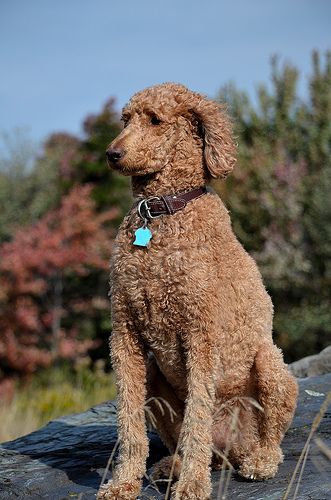 A poodle dog has a small size, graceful, lean build. The limbs are of medium length, the muzzle is elongated, the ears hang down on the sides of the head. The coat is curly with curly hair, the tail is short. There are three sizes of these dogs – toy, miniature, and standard. 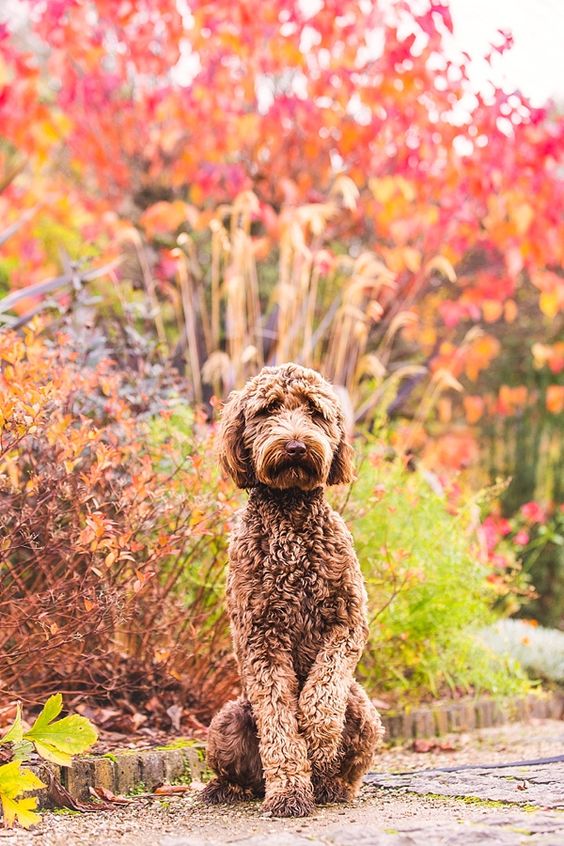 The Poodle breed has an open and very responsive nature. In the bosom of their family, these are incredibly cute creatures with a cheerful disposition who loves to fool around and be naughty. Of course, if their character in the process of education was not suppressed by the owner, which is often the case since many people do not understand the psychology of the animal at all. The poodle is a very sociable animal that seems completely harmless. In fact, it is always very captivating.

However, you should not be fascinated by such a feature of this pet’s character – it is extremely important not to spoil it, as otherwise there is a danger that the dog will behave in a bad way. This breed has a high level of energy, which requires walking, active games, and training. This way, you will help the dog realize its energy and potential, and it will not make a mess at home every time it is alone.

With other dogs, the poodle behaves normally, but with cats, this breed, like most other breeds, is better to be friends with at an early age. Children are treated well and will be happy to play and spend time together, but this is not a nanny. Therefore, it is better not to leave them alone with two young children.

The poodle lends itself well to training and even needs it since these dogs have an internal need to perform certain activities. Apparently, this remained from the times when they hunted together with people. The Poodle breed has a sufficiently developed intellect, understands well what is happening around, and understands well the words of the owner.

Another question is that if the character of the dog is spoiled, it can sometimes act in its own way, ignoring the commands. Sometimes their intelligence may even surprise you. The poodle has an excellent memory, he remembers both good and bad, so think about what example to set. 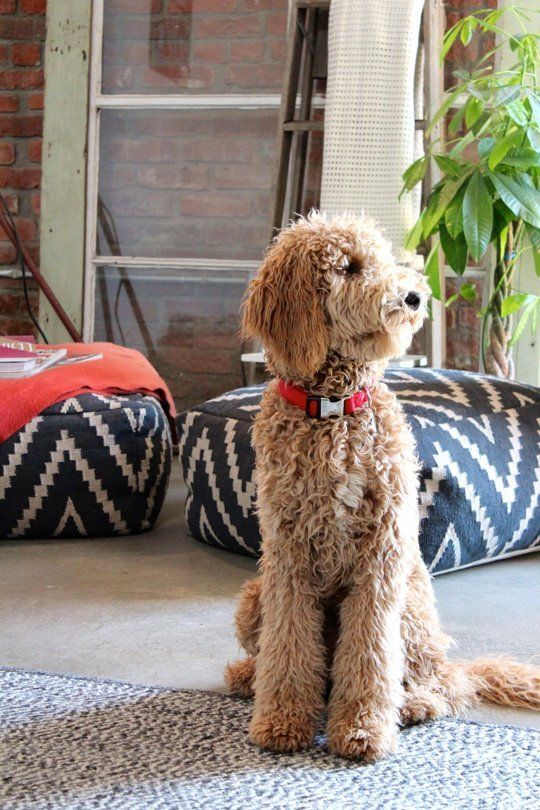 If you do not pay enough attention to such an issue as raising a poodle, he can consider himself the leader of the family in which he lives. They need to be taught the rules of behavior on the street and at home, as well as trained to perform at least basic commands.

On the other hand, you can easily expand the learning field by entering more complex commands. But remember that the poodle loves to play and have fun, he is literally “always ready” as a pioneer, not for work and defense, but for play. Therefore, during the training process, keep a playful attitude, a sense of humor, and do not be too strict. 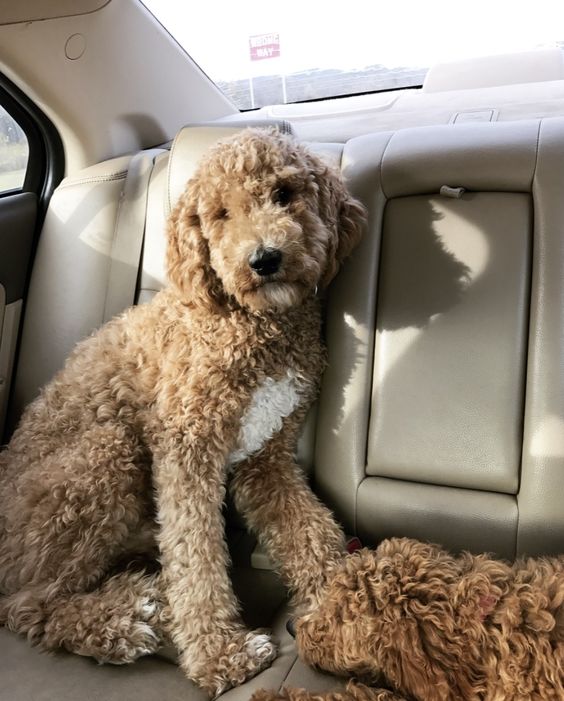 Caring for a poodle is, first of all, caring for its coat. Owners often resort to different haircuts, but combing out is a mandatory procedure that should be performed 2-3 times a week. In addition, keep in mind that the fur around the eyes is constantly wet, from the fact that the eyes of the poodle are always a little watery.

Wipe your eyes daily, and sometimes several times a day, with an alcohol-free damp cloth. The claws are trimmed three times a month, the dog is bathed 1-2 times a week. Also, remember to keep your ears clean. 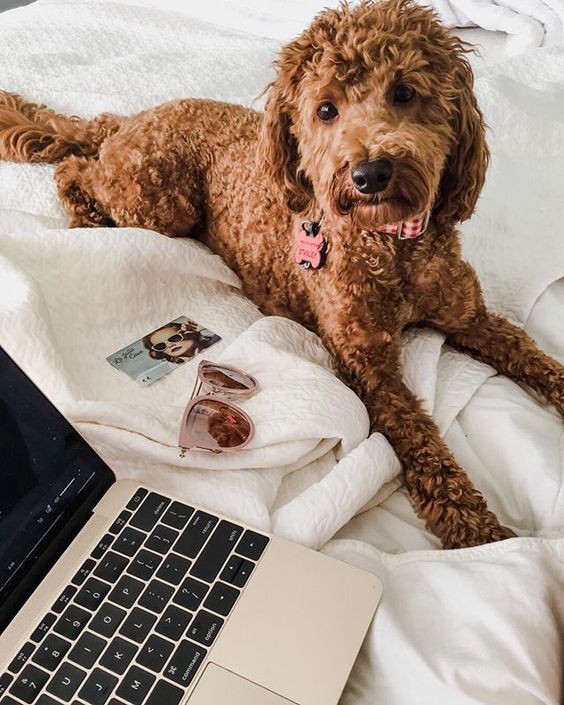 The Poodle breed of dog is prone to certain health problems, including: