The Greater Swiss Mountain Dog (other commonly used names for this breed are the Great Swiss Shepherd Dog, Gross Dog) is a dog breed that is considered the oldest. It was bred in Switzerland by its indigenous people. The history of the origin of this breed is unknown, since the remote areas of Switzerland were completely isolated from the outside world for 3 centuries. Therefore, there are only guesses and assumptions. 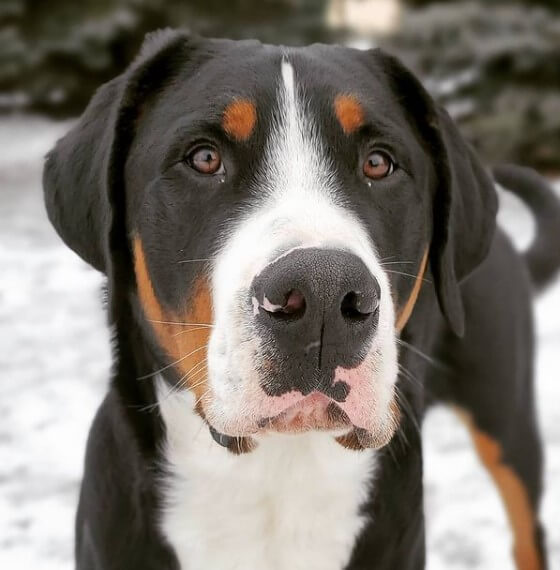 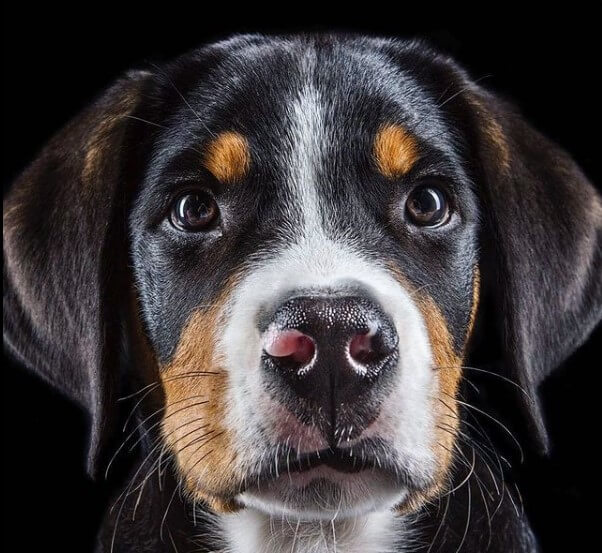 The Swiss Mountain Dog is a hardy, strong dog, accustomed to living in the open mountain air, carrying weights and moving long distances. The Greater Swiss Mountain Dog has a large build, a broad, massive chest and broad, heavy bone. This breed has tremendous physical strength, powerful jaws and gains muscle mass well. Paws slightly shorter than average, muscular, strong, long tail, usually drooping. The neck is thick, but not short, the muzzle is square, the ears hang down on the sides of the head to the cheekbones.

Color: tricolor; the main shade is black with brownish-reddish tan. Symmetrical white pattern on the chest and muzzle. White “socks” and “collar” are allowed. 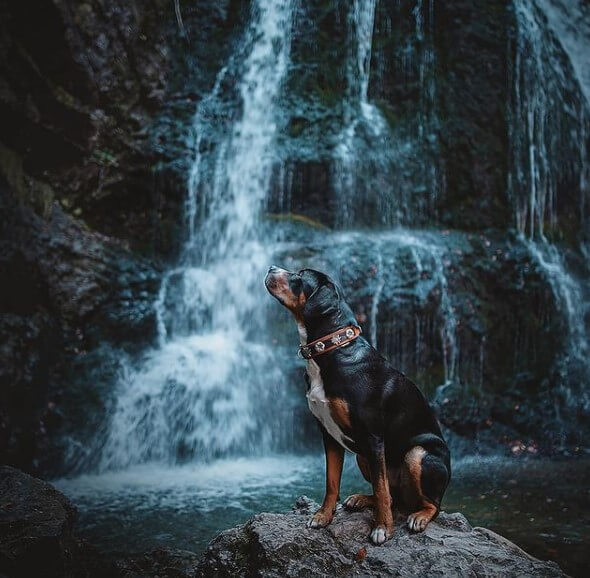 As you know, now in Switzerland there are four breeds of dogs that are considered a local treasure. And one of the oldest and most popular is the Great Swiss Mountain Dog. They resemble the Appenzeller Mountain Dog breed, but still have certain differences.

It is believed that they were brought by Roman legionnaires during the time of Octavian Augustus (3rd century AD), or rather, not by themselves, but by their ancestors, from which modern Swiss dog breeds originated. Their warlike ancestors resembled today’s Mastiffs, were large, fearless, and utterly loyal to their masters. They have gained great popularity among the local population due to their strength and versatility, as well as due to their endurance and intelligence.

Local residents used these dogs for a variety of purposes – as guards for livestock, as guards for the house, as a hunting companion, and even as a draft animal. And everywhere they showed themselves in the best possible way, although, until today, they are used as shepherd dogs, and sometimes harnessed to a garden cart.

Until 1908, they were not considered a separate breed, however, the breeder and dog researcher Albert Heim, being an honorary member of the Swiss Kennel Club, once saw two large dogs at an anniversary party, which the owner called the short-haired Bernese Mountain Dogs.

Despite the unusual name, Albert understood that these dogs belong to the Sennenhund family, although they have a somewhat peculiar appearance. He began to promote them, breed them and assign the status of a separate breed of dogs. Literally a year later, in 1909, a new breed was included in the Swiss herd book – the Great Swiss Mountain Dog. 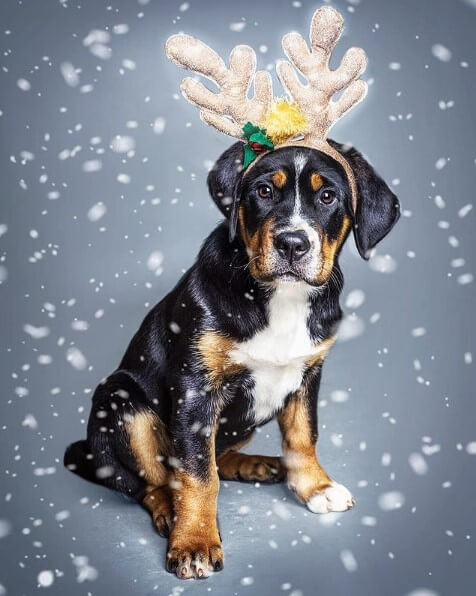 Greater Swiss Mountain Dogs rightfully bear the title of one of the most harmonious breeds in character. They are calm, intelligent, confident and highly social. The Swiss does not choose one owner for himself, he becomes attached to the whole family and protects it like his own flock. 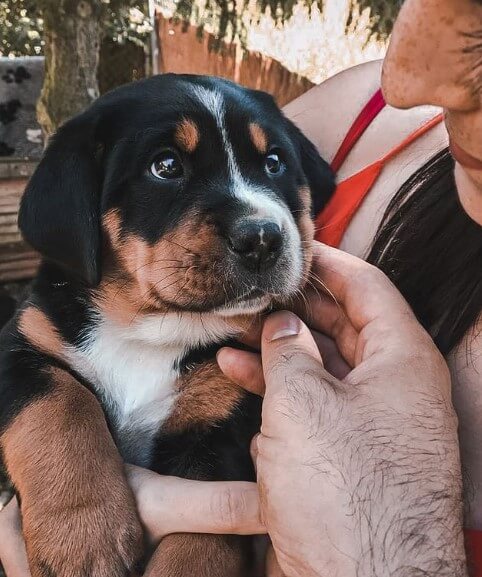 The Swiss Mountain Dog character is balanced, friendly and open. We can say that this is a big and strong kind dog who adores children. But, do not flatter yourself – if it occurs to you to offend a child from the family of this large and strong dog, or to offend its owner, you will have a hard time. The Great Swiss Mountain Dog will give its life for its family, if necessary, since the instincts of the protector of this breed are extremely strong, and have roots going back centuries.

Strangers are treated with caution, but if they see the behavior of the owners, they act accordingly. They love to play with other dogs, and cats are okay if taught to be present from an early age. The Swiss Mountain Dog is excellent as a guard dog, as it is quite territorial and has a suitable disposition. Plus – instincts and intelligence.

In any case, the Swiss Mountain Dog is a great companion for everyone, young and old. He has a developed mind, and therefore lends itself well to learning and even needs it, as this will make his life more interesting and give food for the intellect. 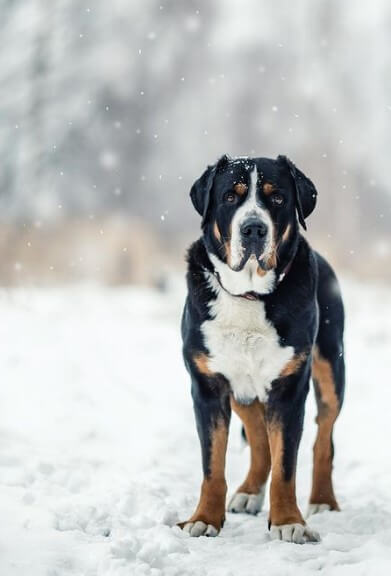 The Swiss Mountain Dog requires training , also because this dog feels an inner need for self-development and training. Such training should take place regularly, with constancy, and the process of maturation of the personality takes from 2 to 3 years. This means that you will have enough time to form the character of the dog in the right way.

If you try to simply break the personality of the animal with the help of force and rough domination, firstly, this can lead to disastrous consequences, and secondly, it will be difficult to do due to the peculiarities of the character of this breed. Therefore, it is better for you to be patient, and gradually, guided by kindness, take the position of an authoritative leader in the consciousness of the animal.

The Mountain Dog breed needs both behavior correction and team training. Developed intelligence allows you to master both simple, basic and complex commands with a lot of distractions. Of course, you need to start with simple things, moving on to more complex ones as your pet gets older. 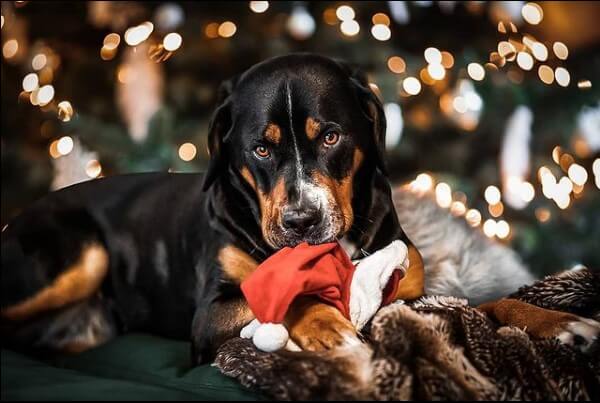 The ideal place to keep the Greater Swiss Mountain Dog – a private house with its own yard. Although the breed is highly active, it is nevertheless a large dog that also loves to spend time outdoors – that says it all. On the other hand, they can by no means be called hyperactive – rather, the periods of activity and rest alternate with each other, due to which the dog has a harmonious and full-fledged character. 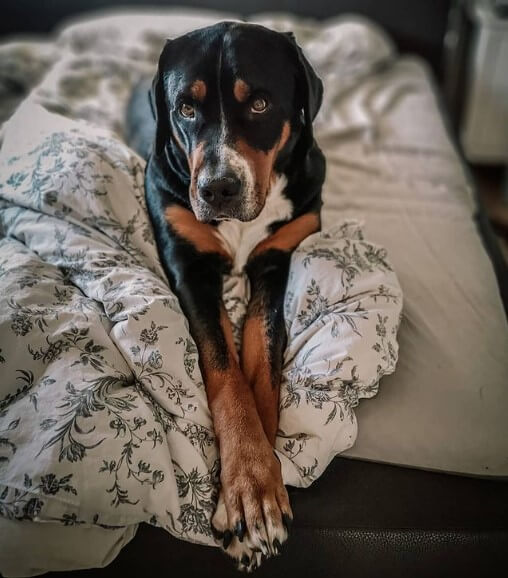 The Greater Swiss Mountain Dog needs to be brushed regularly, about once a week, and the animal should also be bathed once a week. Be sure to keep your ears and eyes clean by checking them after walking, and remember to trim your nails. The Swiss Mountain Dog has an excellent appetite and can eat almost anything. 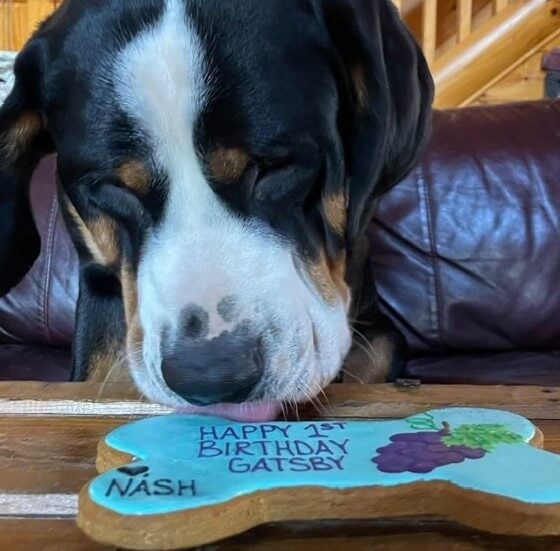 For a dog to grow up healthy, it is necessary to establish a diet from the first days of its stay in the house. You can use natural products or special industrial feed. Premium quality food is a great alternative to natural feeding.

In the first days of a dog’s residence in a new home, its food should not differ from that which it received from the breeder. Over time, you can adjust the diet.

If there is a desire to cook food for a dog on your own, then you need to understand what substances it should receive daily with food. The puppy grows up very quickly. It is important to provide it with phosphorus, calcium and magnesium, so that in the future you will not encounter diseases of the joints and the musculoskeletal system.

An adult Mountain Dog should eat lean meat, sea fish, fermented milk products, vegetables, fruits, cereals, vegetable oil. In this case, you need to give the dog vitamins that it does not get from natural products.

Dry food usually contains all the essential vitamins and minerals. When choosing food, you need to strictly adhere to nutritional standards based on the weight and age of the animal. Do not overfeed him under any circumstances. Always leave water in an accessible place. 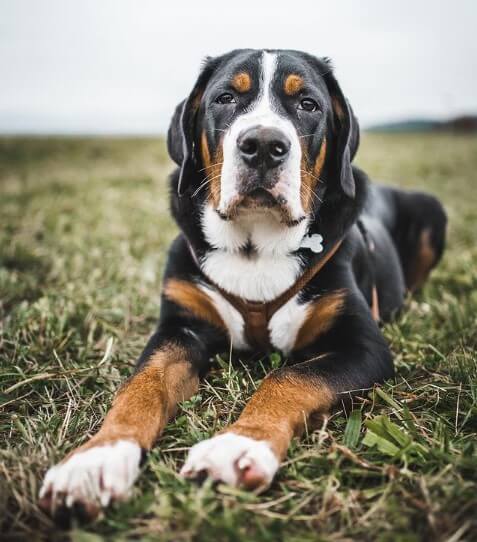 It is believed that this breed is quite healthy for its size – many other large dogs have much more problems. Among the diseases to which the Swiss Mountain Dog is susceptible are: