The Greyhound is an English greyhound, strong, tall, and the fastest dog in the world, everything in its appearance emphasizes the original appearance and nobility of articles and character. 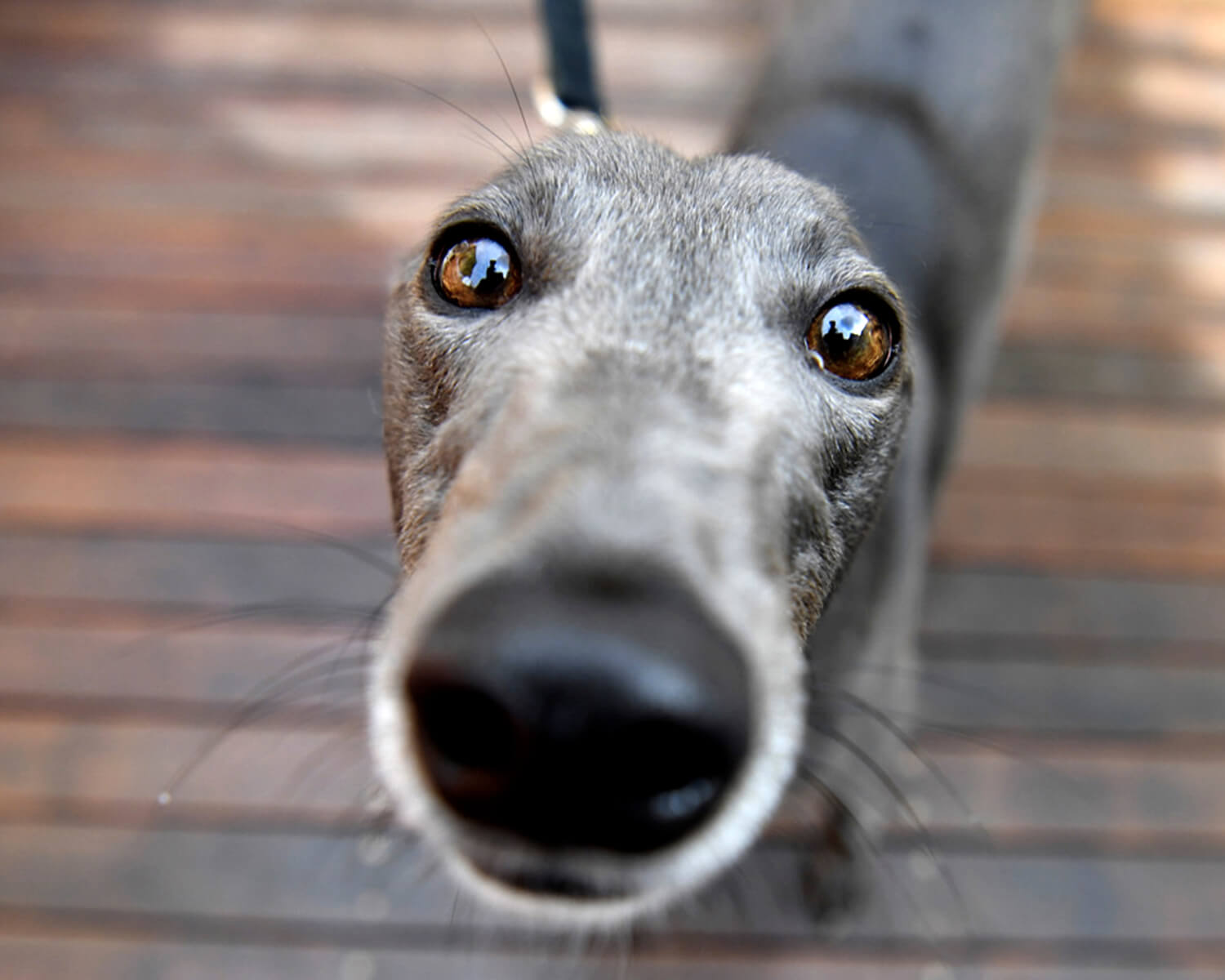 The English Greyhound, or, as we call them, the Greyhound, is a truly legendary breed of dog. They are known all over the world, and even if people do not understand dogs, and do not even know the name of this breed, they definitely saw these animals in the movies, dog races, programs, or just on the street.
Initially, these dogs were used for hunting (baiting) without long-range weapons – bows or firearms, for hares, foxes, and deer. Dog racing is also very popular now. Dahl’s dictionary tells us that the word greyhound means “quick, agile, nimble, quick, lively, zealous.” These characteristics are very specific to the Greyhound breed.
The main advantage of these dogs is the tremendous speed they are able to develop. The speed record, recorded on March 5, 1994, in Australia, belongs to a dog named Star Title, and is, for a minute, 67.3 km / h. But even an average dog of this breed can reach speeds of around 60 km/h.
The history of the Greyhound breed also deserves special attention, because these are very ancient animals. At one time it was believed that they came from Africa and Egypt, as there are tons of wall paintings with their participation, but recent DNA tests refute these claims. Nevertheless, they really lived in Ancient Egypt, and were very popular – it is known that Queen Cleopatra had a special affection for these dogs.
Another version of the origin, more realistically according to recent studies, is that the ancestors of Greyhound dogs originated in the Middle East, and, subsequently, lived on the European continent, from where they came to Egypt. Perhaps with the Romans. Be that as it may, these dogs are present in the ancient texts and drawings of many human civilizations.
In America, the Greyhound breed appeared along with the colonists, researchers. We can say that for many thousands of years these dogs have been tremendously appreciated all over the world, both for their amazing speed and for their amazing intelligence and comprehension.
The Greyhound dog breed was one of the first to participate in dog shows in America, and the American Kennel Club recognized them in 1885. And the first cross-country dog ​​race in the United States took place in 1886. 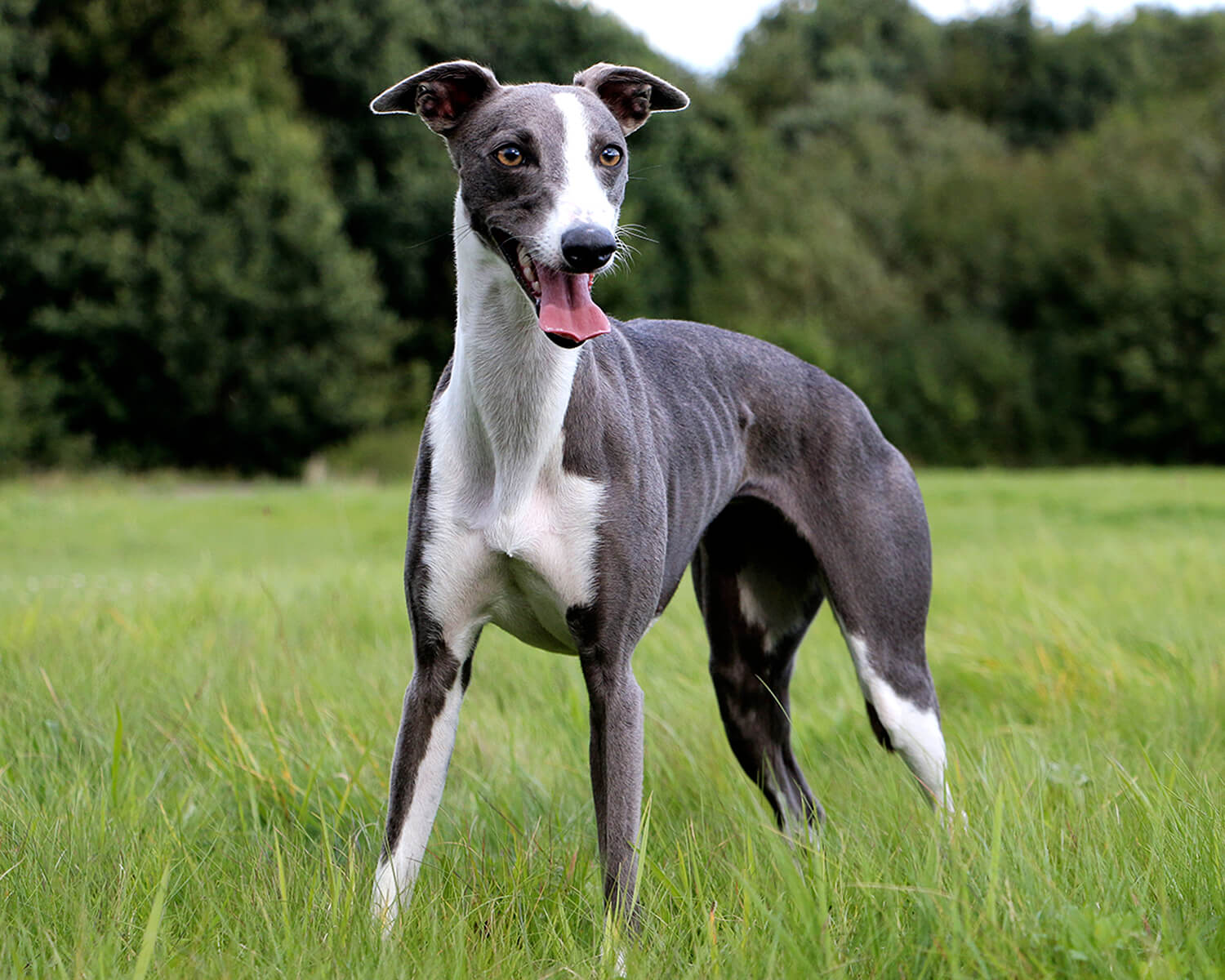 The Greyhound breed is a large dog with a very graceful build. They have a very aerodynamic shape – a narrow head, small ears that are tightly pressed while running, a special eye position that gives an excellent view on the run – an ideal tool for a hunter. The rib cage is large, deep, the limbs are long, slender, and muscular, the amount of fat is minimal. The color is varied. 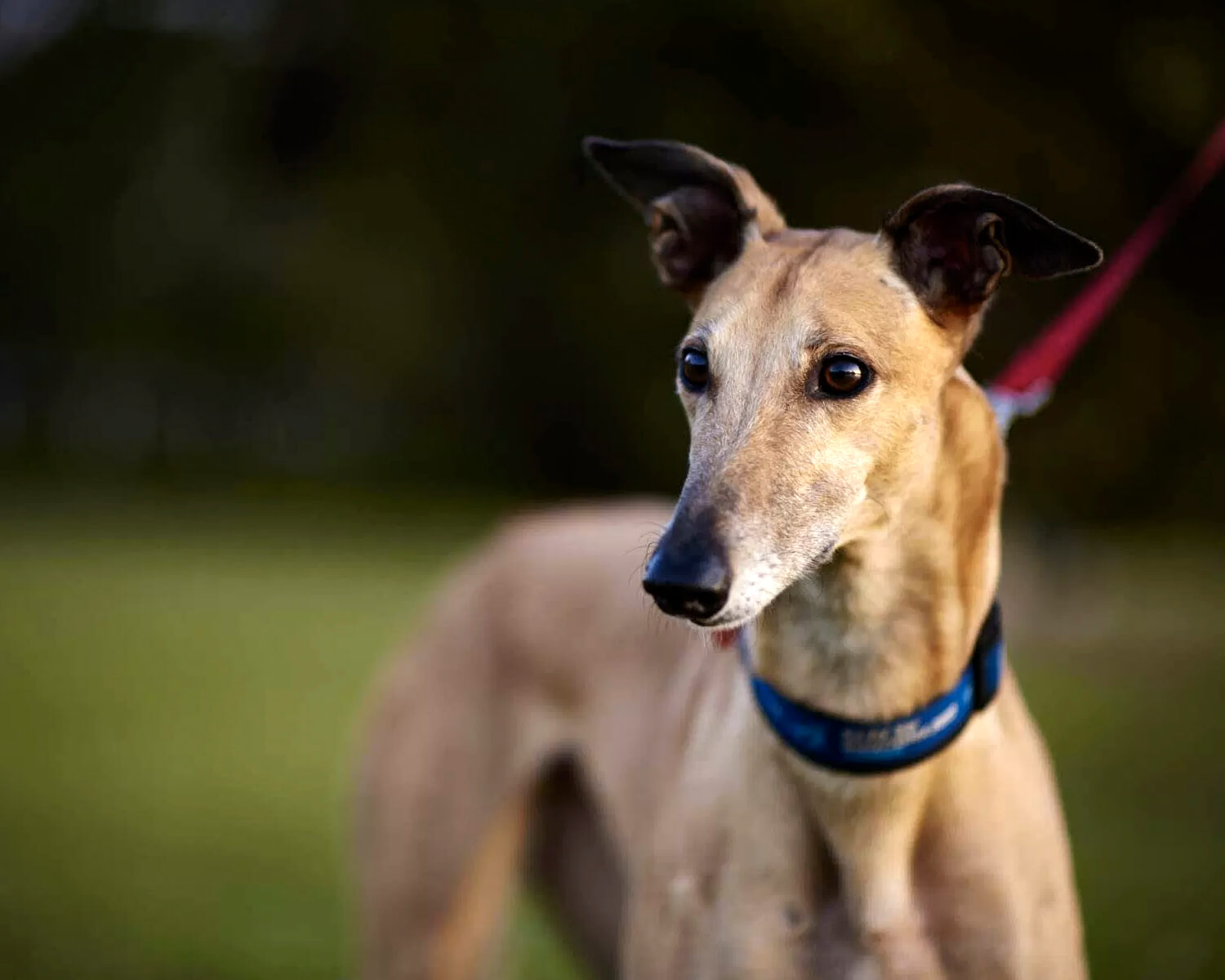 Greyhound dogs have a wonderful, gentle character. They are loving and gentle friends, and even somewhat like cats. They are very capable, intelligent, and easy to learn and train, they perfectly understand a person.
Due to the developed intelligence, dogs have their own opinions and inner independence, but they are very sensitive emotionally. They perfectly feel the mood of the people around them, and can react painfully to unfair and rude treatment, which negatively affects the character, making him withdrawn and timid, indecisive.
If there is a quarrel in the family – do not hesitate, your dog will definitely feel it. If she is brought up normally, she may try to defuse the situation through kindness and affection, but if her personality is suppressed, she will most likely hide or go to another room.
The Greyhound breed is great for children, has a large amount of internal energy, loves walks, games, the company of people and other dogs. They require early socialization, as do most dogs. It is also better to introduce them to cats at an early age. 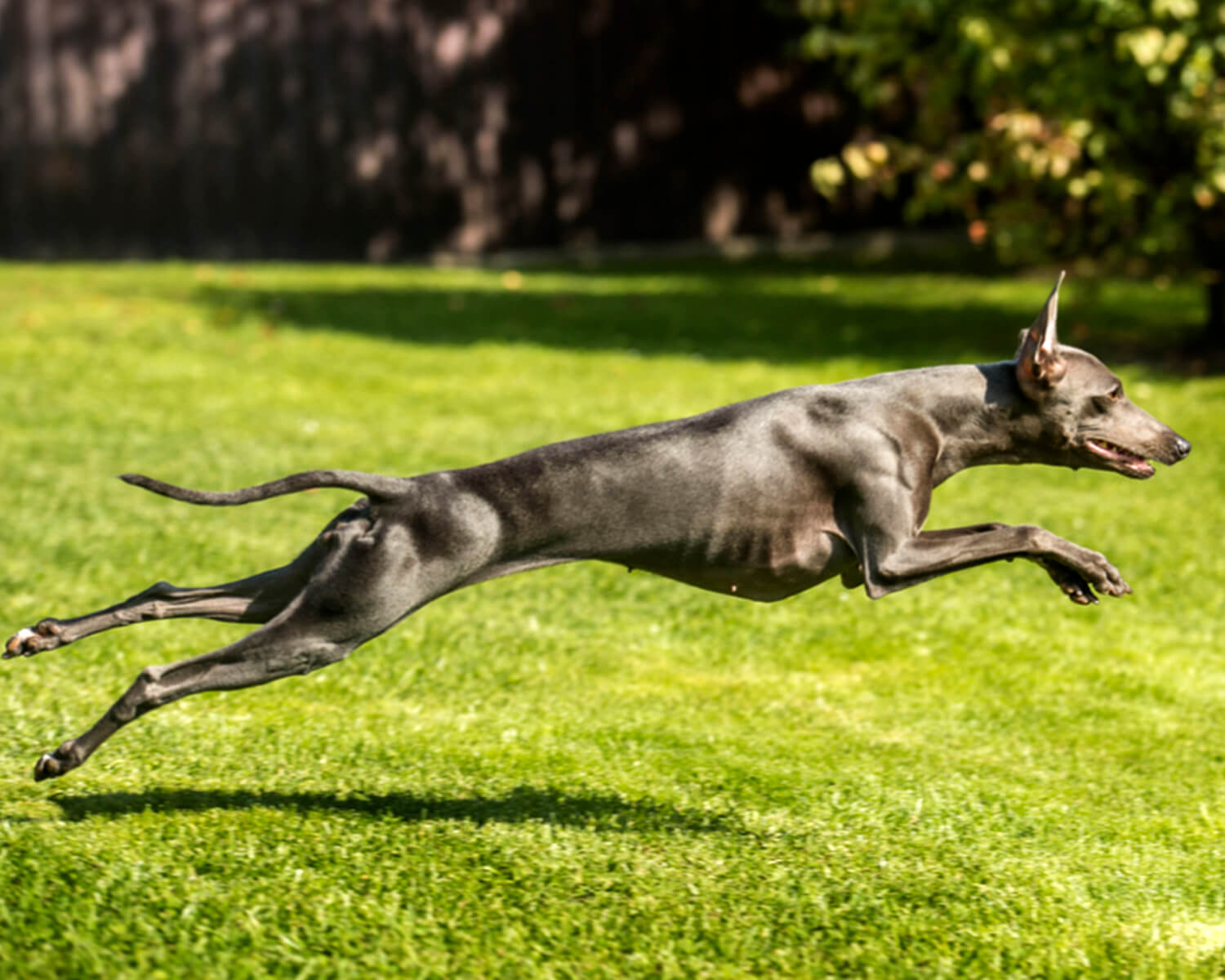 Despite the fact that they have a huge amount of internal energy, they love running and hunting, normal walking several times a day is quite a sufficient condition for the pet to feel satisfied.
They are perfectly trainable, and therefore you have the opportunity to learn not only basic commands but also more complex ones. Try to do it as gently, kindly, and patiently as possible, as the nature of these dogs does not tolerate rudeness, insults, and beatings.
During walks, you will often have to keep the animal on a leash, like small dogs, or other animals can generate too much interest, which may cause your greyhound to go in pursuit even though you try to stop it.
This also means that the Greyhound breed needs behavior correction. Many people also recommend using a muzzle, but this is not always convenient.

The English Greyhound has a very short coat and needs almost no grooming throughout the year. You rarely need to comb them out, two to three times a month.
Always keep your pet’s eyes and ears clean, trim nails on time, and bathe your dog at least once a week.
Consider also the fact that their skin, due to its extremely short coat, is very sensitive to damage – scratches, etc.

Like all dogs, the English Greyhound is prone to certain diseases. Namely: