Whippet is an athlete, a skilled hunter, a sophisticated intellectual, able to decorate with his own presence not only an apartment but also the life of the owner. Despite the rather lively temperament and love of active entertainment, the Small English Greyhound is not the kind of dog that will cause problems. And all because these graceful clever girls intuitively understand when to turn on the turbo mode, and when it is better to merge with the interior in order to give the owner a little respite. At the same time, the breed is categorically not determined to restrain its own feelings, so, bringing a tiny Whippet into the house, get ready to drown in tenderness and affectionate harassment – the level of emotionality in Small English Greyhounds is literally off the scale. 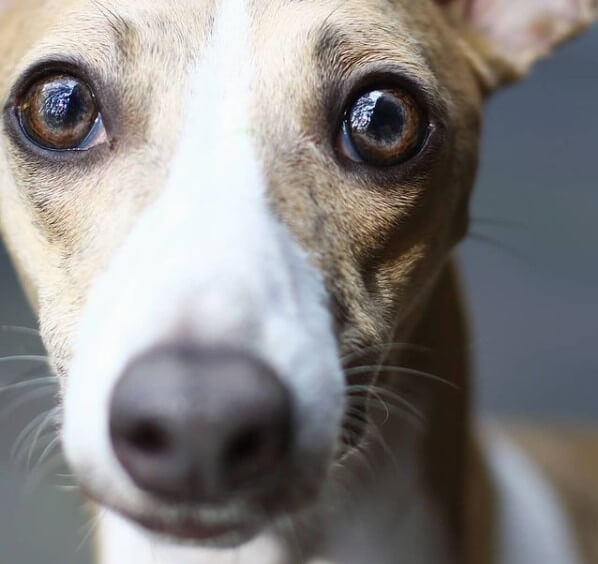 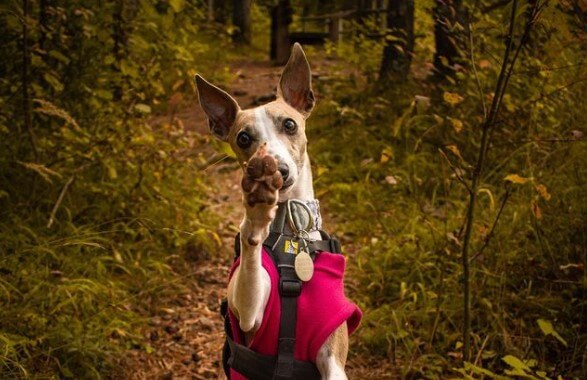 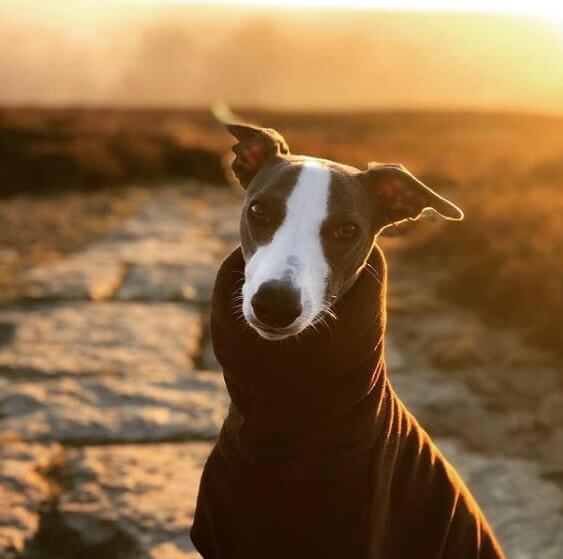 The Whippet dog breed has a very long history of existence. Even in the Middle Ages, these dogs were very fond of the nobility – the aristocrats of England and France considered it their duty to have several such dogs. In fact, this is a smaller greyhound, and, in theory, it should be used for hunting.

However, they were used more for competitive and demonstration purposes – in those distant times, the so-called “species hunting” was very popular. To do this, a fast game was allowed across the field, and several dogs rushed after it. The owners and spectators watched from afar through binoculars and telescopes at this competition.

Some researchers associate dogs very much like the Whippet with the ancient Egyptian civilization, as they are found in various images. However, modern dog breeders are considered to be the starting point in 1610, when this name was first used. Although, this breed existed before. The breed began to gain real popularity in England in the 18-19th century when aristocrats began to organize dog races everywhere.

Despite its British origin, the American Kennel Club registered the Whippet breed in America 3 years earlier – in 1888. And in Great Britain – in 1891, respectively. Dogs came to the USA quite early, and the first state in which they were kept was Massachusetts. We can say that the modern history of the breed and modern standards were laid precisely at the end of the 19th century.

According to the American Kennel Club, the Whippet dog breed is in 55th place in popularity. This breed is widely used for dog racing all over the world, and in 1967 the British Whippet Racing Association was even founded. These dogs can reach speeds of up to 56 km / h, which is the fastest result among dogs of this size and weight. 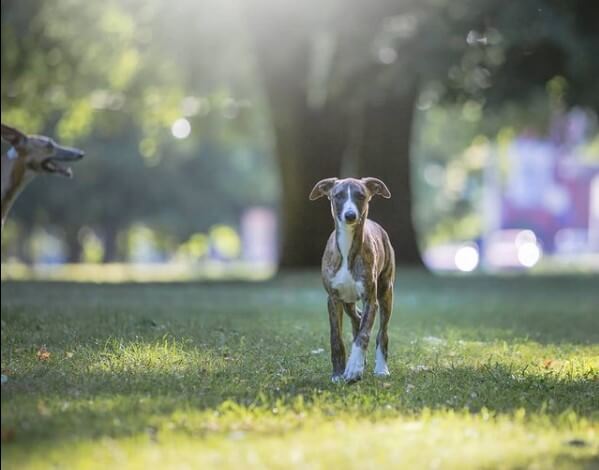 The Whippet breed has a muscular build, a broad chest, and a narrow belly. The percentage of subcutaneous fat is extremely low, which allows you to make the most of every gram of muscle. The head is narrow, streamlined, the ears are bent to the sides and not docked, the eyes have a somewhat non-standard position, which gives the advantage of keen vision while running (like a Greyhound). The limbs are long, the tail is thin, of medium length. Whippet can be of any color, but most often representatives of this breed can be found in brindle, black and gray colors. 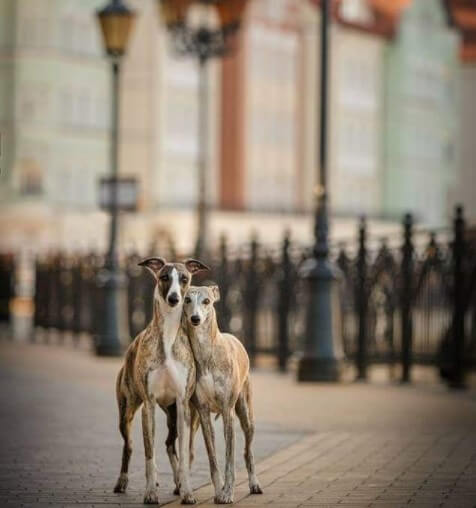 Whippet dogs have a calm, gentle, quiet disposition. They get along well with other pets, are very friendly to people, and for this reason are not suitable for guard functions. Despite the fact that these dogs are considered one of the fastest in the world, you should not think that they are as hardy. This is not at all the case.

They can develop tremendous speed for a while, but then they need rest and recuperation, which is quite natural. Accordingly, if a Whippet dog lives in your home, it needs to realize its energy, which has a lot. However, in between walks, your pet can spend half a day lying on the couch in front of the TV – this is quite normal.

Usually, the Whippet does not cause problems in learning, he is not vindictive, not aggressive. They can be kept both in a city apartment and in the private sector, although, in the first case, you will need to walk your dog for several hours every day. If this is not done, that is, if your pet does not have the opportunity to realize its high level of energy, he will become depressed, sad and his character will deteriorate.

The Whippet breed perfectly accepts children, loves to play with them, and just spend time. These dogs are best used either for dog racing or simply as a companion and friend. The hunting qualities of this breed are quite specific, and for such purposes, the modern Whippet is practically not used. 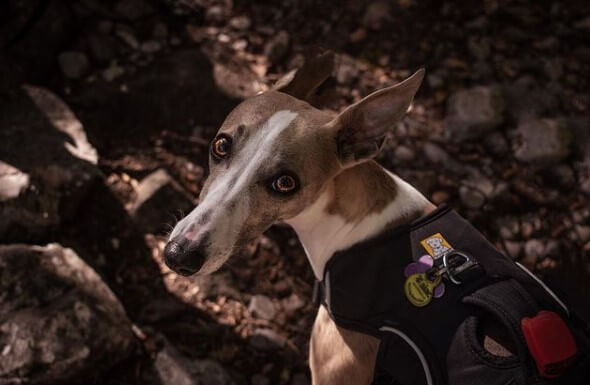 Small English Greyhound (Whippet) does not create problems in the process of education and training. Their teachable and gentle nature allows them to be taught both simple and complex commands. Kindness and patience are required from the owner, which will allow you to achieve good results in a short time.

You better not have too long training sessions, as this will be difficult for the dog. Better to have 2 short sessions during the day than one long one.

Hunting with the Whippets 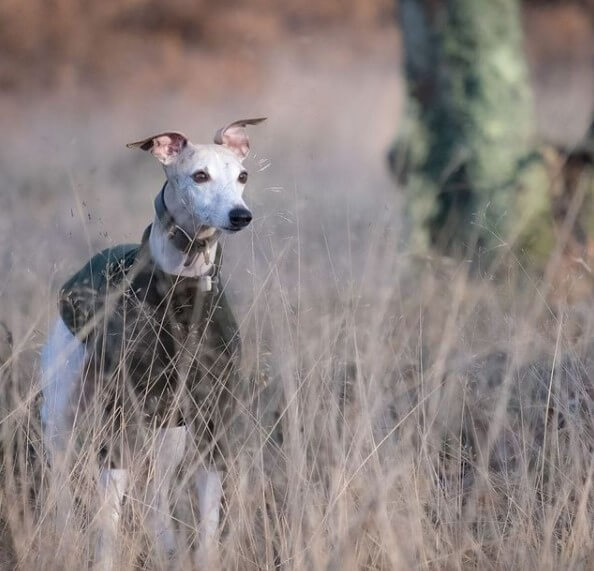 The main prey of the breed are rabbits and hares, but with proper training, you can hunt fox, raccoon, and other medium-sized game. As a rule, the Whippet’s mission is to find a running hare, catch up and catch him. They are not afraid of dogs and holes, so they willingly dive into any trenches. In addition, these dogs jump very well, which is especially appreciated by hunters.

Whippets on the Dog Race 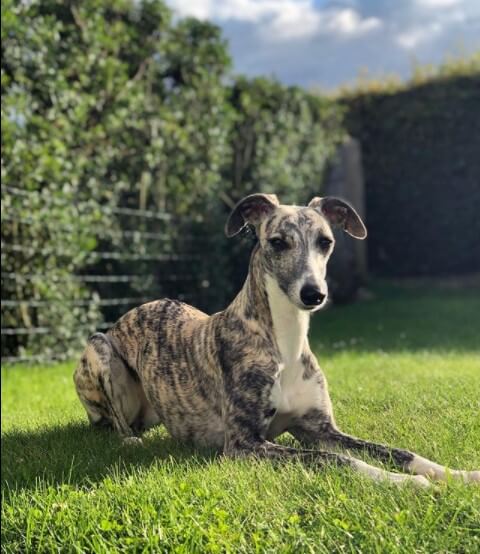 Whippet loves to run as much as to hunt, so if you are indifferent to trophies, try to find your place with your pet in coursing. It is better to train your pet on special grounds or in natural conditions. The main thing is that the ground is even and without asphalt. Usually, two people are involved in the process: the first holds the Whippet at the start, the second move away several hundred meters forward, holding the bait in his hands – a pole with a tied rag or hare skin. Well, then the “launch” is carried out by Borzoi, which must race after the target. It is clear that the pet will catch up with the “pole holder” quickly, so further trainers carry out a cunning maneuver. Wielding a stick with a bait, like a fishing rod, a person describes a circle with it, forcing the Whippet to chase in a circle. 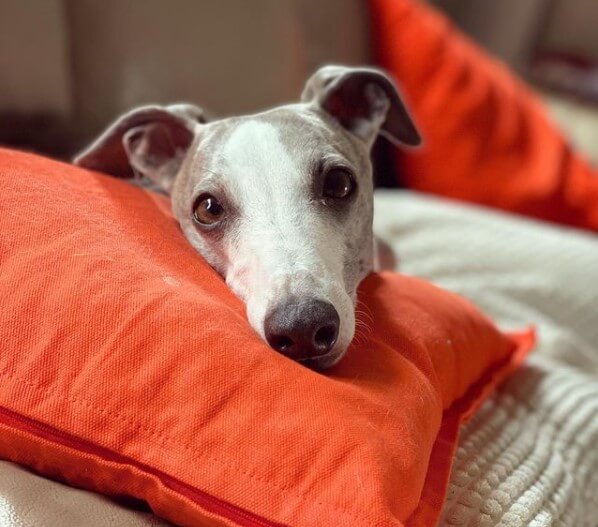 The very short coat gives a speed advantage to the Whippet breed. Grooming requires brushing once a week and that should be enough. Be sure to keep your pet’s ears and eyes clean and bathe your dog once or twice a week. The nails are trimmed every 10 days.

The Whippet breed is very sensitive to cold, so it is easy for them to catch a cold. Buy a sweater or special outfit for your pet to keep him comfortable when the weather is cold, wet, or snowy outside. 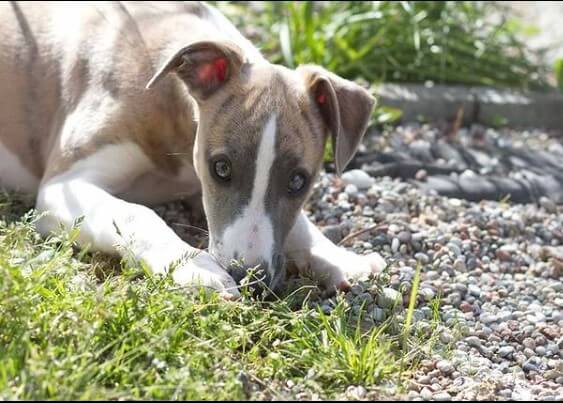 The basis of the dishes allowed to Whippet is lean meat (chicken, beef, rabbit), offal (tripe, heart, lung), cereals, and vegetables. The serving size is calculated based on the pet’s body weight – usually no more than 10% of the total weight. However, if you notice that the dog is not eating enough, add additives to the bowl. 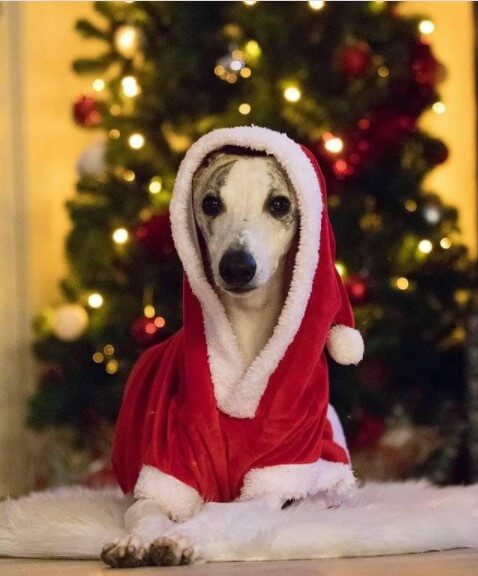 It is difficult to suspect very healthy dogs in elegant Whippets, but they are exactly that. There are not so many diseases that can ruin the life of the breed. In particular, they suffer most from congenital deafness, various ophthalmic pathologies (cataracts, twisting/twisting of the eyelid), and von Willebrand disease. 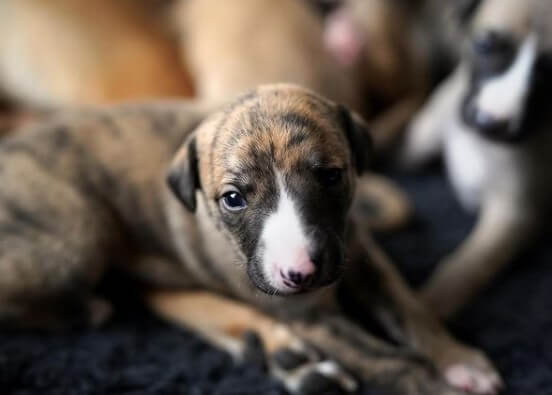