Guinea pigs are not really pets, even though they are increasingly living under the same roof as humans. The cute South Americans not only show a natural appearance, but also the behavior of sociable wild animals.

At first, they look confusingly alike. This is mainly due to their beautiful wild-colored fur – agouti, as it is called in the technical jargon – and their rather delicate figure. Only at a second glance do you recognize the differences: the wild guinea pigs (our domestic guinea pigs are descended from them) have short, relatively rough fur with longer, protruding black guard hairs. The animals of this genus (Cavia aperea) are naturally long-legged and light-footed and therefore appear a bit more elegant. 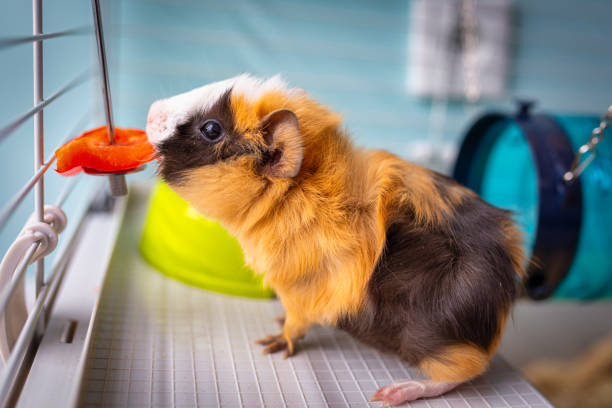 The weasel guinea pigs (Calea mustelids), also bred wild guinea pigs from South America, have fine, soft fur. Protruding awns absent. Their clearly light circles under the eyes are also noticeable and if you are still unsure, you only have to look at the little animals’ mouths. The “weasels” come out with their yellow teeth, while those of the wild and domestic guinea pigs are white. And two more eye-catchers: “Weasels” have a bald spot under the chin, the teats of the females have four teats instead of two.

Different natures, but the same desires, Of course, the two species also differ in their nature and behavior. Both are extremely curious and on the other hand terribly skittish and prone to stress. But that doesn’t prevent the “weasel” from becoming quite trusting in the hands of loving owners. Unlike the wild guinea pigs, which never really lose their fear of people. Despite the unequal temperaments (when “weasels” are excited, they drum with their hind feet), behavior, and languages ​​- they agree on their basic needs: Three things every guinea pig needs for its well-being:

Just as in their South American homeland, where weasels and wild guinea pigs live in colonies, communicate a lot with other pigs, and have a lot to tell each other, they also need the right company as housemates. Without social life, they would be poor pigs. And because they run around a lot, like to jump high (!) and climb, small cages are taboo. 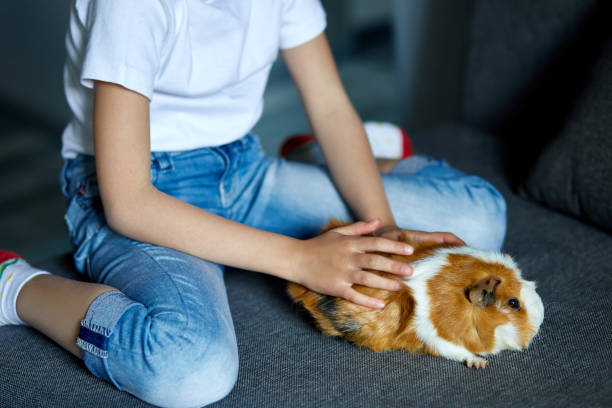 Aviaries or spacious stables, preferably multi-story, are suitable as living space, comfortably furnished with a little house, cave, tree stump, and branches. What the house caviar likes, the wild comrades also get, it can only be a little more hay so that the need for cellulose is covered, but the belly remains slim.