Satin guinea pigs have been bred in Europe for around twenty years. Their distinctive feature is the satiny sheen of their fur.

It seems that pedigree guinea pigs are becoming victims of a kind of “softening of the bones” (osteodystrophy) more and more frequently, as Dr. Anja Ewringmann from the Clinic for Small Pets at Freie Universität Berlin writes. In osteodystrophy, the bones lose the mineral calcium. This loss causes the bones to become weak – the skeleton can no longer support and carry the body. 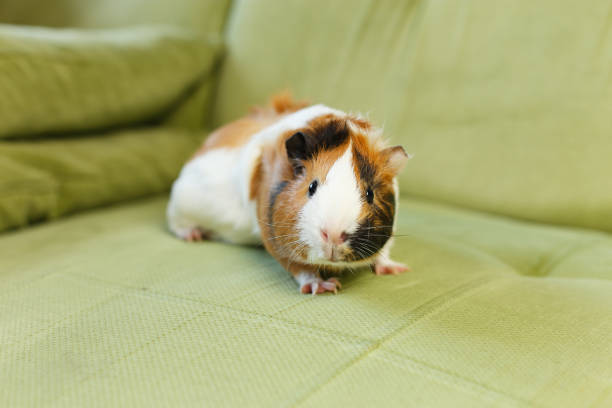 What is treacherous about the disease is its insidious course. At first, the satin guinea pig slowly but steadily decreases in weight. Then the guinea pig’s gait changes: it begins to hop. In the advanced stage, the animals can only eat soft food. Eventually, they stop eating and can barely walk.

If you X-ray the guinea pigs, “the skeleton of the animals in the final stage appears to have been dissolved,” reports Dr. Ewringman. The first symptoms usually appear at the age of one to one and a half years, few animals are older than three years. Osteodystrophy is a bone disease that can also affect other animals. Poor feeding, kidney damage, or diseases of the parathyroid gland are usually to blame for the slow decalcification of the bones. 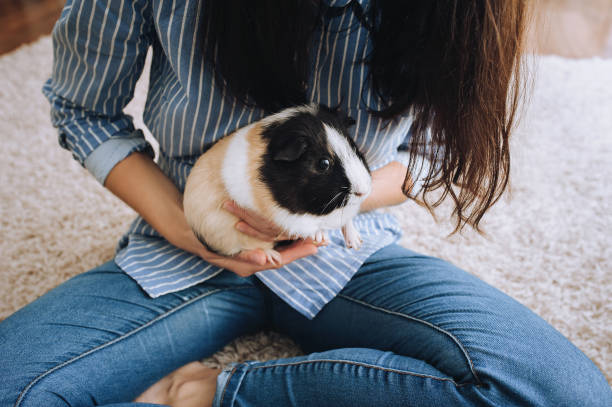 The veterinarians Dr. Anja Ewringmann and Dr. Thomas Göbel from the Freie Universität Berlin in cooperation with the University of Göttingen. This project is also about finding the most robust, healthy lines possible for breeding satin guinea pigs. Therefore, the researchers are asking all satin guinea pig owners and breeders to tell them about their experiences with the animals. Important are both reports of guinea pigs with similar symptoms and of animals that reached old age in good health.