Heartworm disease in dogs is difficult to diagnose and can be life-threatening. As a so-called Mediterranean disease, there is an increased risk in certain countries that your dog will become infected with the parasite. Treatment is possible but involves risks.

Symptoms such as coughing, loss of appetite, or weight loss are rather unspecific at first glance and can indicate many diseases. However, if you have been to Romania, Spain, or another of the risk areas for heartworm a few months ago, you should take your dog to the vet immediately. The earlier heartworm disease is diagnosed, the better the dog’s chance of survival. 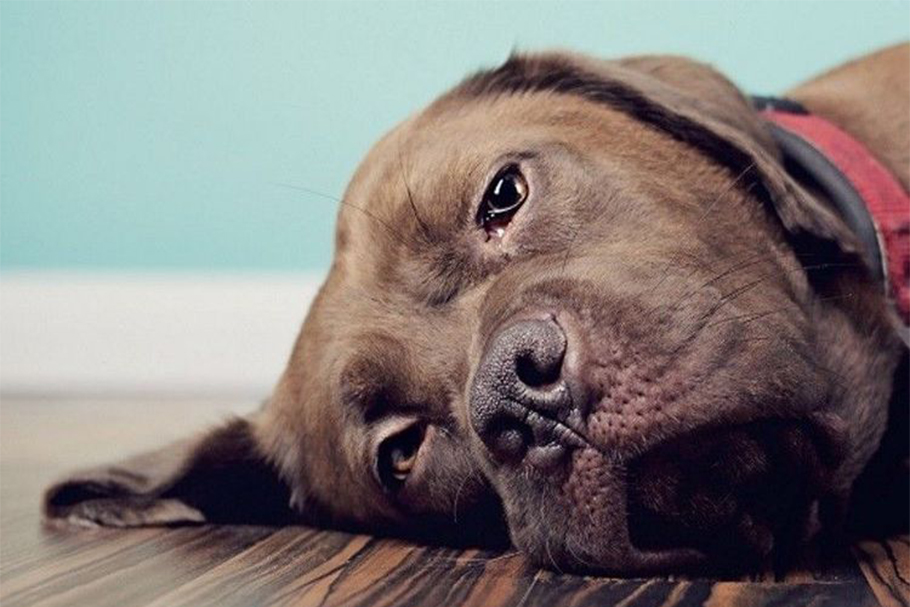 Heartworms, or Dirofilaria immitis, are so-called threadworms and are responsible for heartworm disease in dogs. The transmission of the parasites from animal to animal takes place via mosquitoes. These carry the larvae of the heartworm and transmit them to the dog when they bite. If the larvae are in the host, i.e. the dog’s body, they remain there for several months and colonize blood vessels, muscles, and target organs. In particular, the right ventricle and the pulmonary arteries are affected.

The parasites develop into adult worms in their host and reach a length of up to 30 centimeters. Inside the dog’s body, heartworms continue to multiply and lay larvae that circulate in the host’s bloodstream. If the dog is bitten again by a mosquito, it will suck the larvae and pass them on to the next dog. If left untreated, this can be life-threatening for the dog.

Where are heartworms found?

Heartworm disease is one of the so-called Mediterranean diseases since heartworms are mainly found in Mediterranean countries. However, the parasites can also be found in the Americas, Africa, Australia, South Asia, and the Middle East as the distribution continues to increase geographically.

Dogs affected by the parasite usually came into contact with it during vacation trips to risk areas. Countries particularly affected by heartworm are:

If heartworm disease is not diagnosed, the following may occur:

If you have traveled abroad and noticed such symptoms in your dog, you should consult the veterinarian immediately.

The earlier heartworm disease is diagnosed by a veterinarian, the higher the dog’s chance of survival. The dog’s prognosis and the chance of recovery depend on the severity of the worm infestation.

Treatment for heartworm is not without risk and is, therefore, more complex. In order to kill the larvae as well as the adult worms, the dog is treated with certain dewormers. If the worm infestation is severe, there is a risk that the blood vessels will become blocked due to the large number of worms killed. An anaphylactic shock due to the massive death of the larvae is also one of the risks. In order to minimize these, other drugs are combined during treatment.

During the treatment, the dog should not be subjected to any major exertion, as there is a risk of thrombosis. Quiet walks, leash requirements, and a no-play ban should be followed during this time.

If the worm infestation is extremely severe and there are a large number of adult worms in the heart and lungs, an operation in a specialized veterinary clinic is necessary. 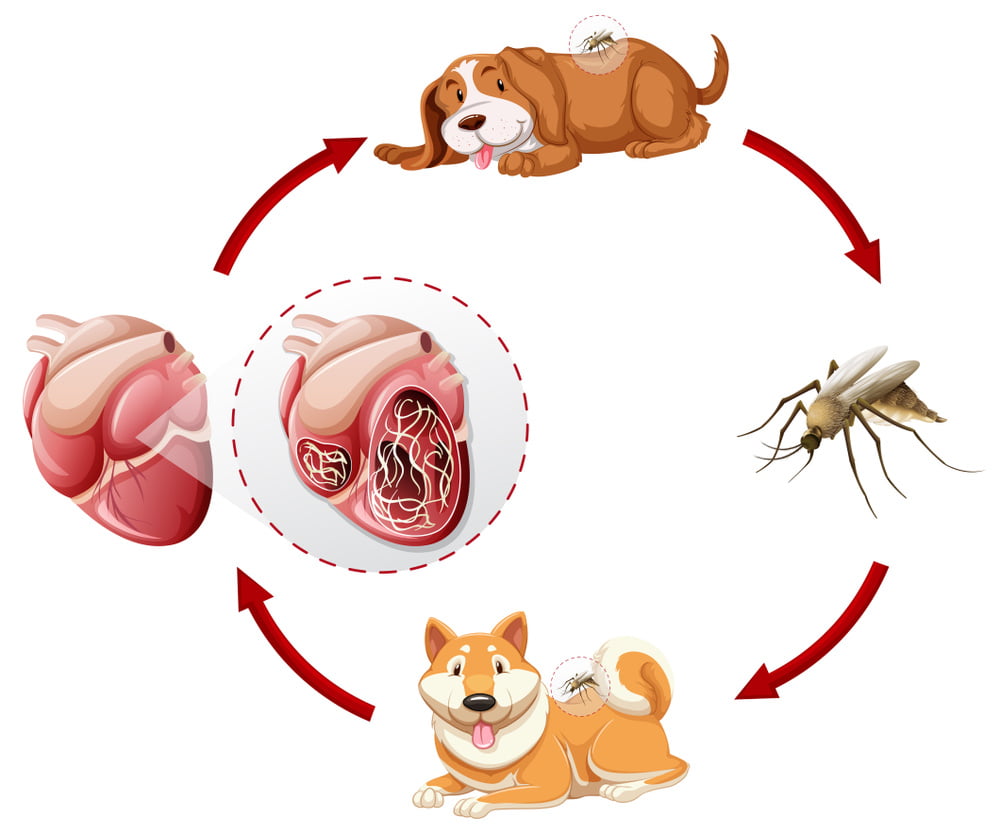 If a dog has heartworms, it cannot infect other animals. Transmission is via an intermediate host, the mosquito. Theoretically, a human can also become infected with heartworm larvae. However, we are considered a so-called false host. This means that the larvae can settle in the human body, but cannot develop further.