A bitch’s heat can be a turbulent time. Any behavioral changes in the bitch can be noticed at home. The bloody discharge during the heat is also a challenge for many owners. But the problems outside are often much worse. The otherwise well-behaved bitch is totally clouded by her hormones and puts her ears on draft. And the males smell the bitch in heat from hundreds of meters away. Luckily, heat usually only occurs every six to seven months. In addition, many problems can be avoided or at least better managed if you know how your bitch is in heat. Here we have put together all the important information about the bitch’s heat.

The Heat of the Bitch

The heat is the time in the bitch’s sexual cycle when she is in the preheat and standing heat. In this phase, the bitch’s body prepares for a possible mating act by a male. The bitch’s sexual cycle lasts an average of 6 to 7 months. This number is very individual and may have to settle down a bit with young bitches. Once this is done, however, bitches are generally very punctual with their heats. 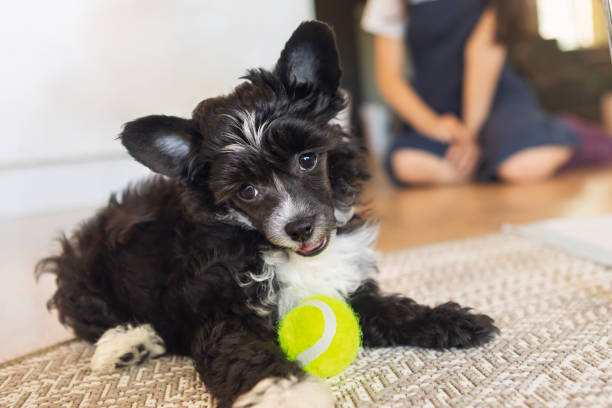 The female sexual cycle can be divided into 4 phases. Each of these phases is clearly different from the others and the body, but also the behavior of the bitch changes accordingly. Being able to identify these phases is very useful to better understand your dog and give her the support she needs.

The pre-heat (proestrus) is, so to speak, the beginning of heat. In this phase, you can clearly see that the body and the behavior of the bitch are changing and that a hormonal change is taking place. The signs that your dog is in this first phase of heat include swelling of the vulva and a bloody or reddish mucous discharge. Depending on the nature of your bitch, she will clean herself and you will hardly notice any of this discharge. However, some female dogs don’t take grooming that seriously and let their humans do the work.

During this phase, your bitch’s body is preparing to send eggs towards the uterus soon and to create a comfortable environment for them. For males, your bitch already smells good in this phase and you will notice that too. Fortunately, at this stage, your bitch is usually not really interested in the males and will not be mated just yet. Instead, some bitches seem downright bitchy because they growl and bite away from the “applicants”. This phase of heat usually lasts 7 to 12 days, but a deviation from this duration is of course possible and not directly a cause for concern.

The standing heat (oestrus), also called standing days, tolerance days, or standing heat, is probably the most strenuous part of the heat for you as a master or mistress. In this phase, there are several ovulation, so the probability of fertilization is very high if your bitch is mated. If this happens, the fertilized eggs then implant in the lining of the uterus, where they grow into small pups. You can recognize this “dangerous” phase of heat by the fact that your bitch’s discharge becomes watery and lighter in color and also decreases in quantity. The vulva is still swollen, although less than in the previous heat. 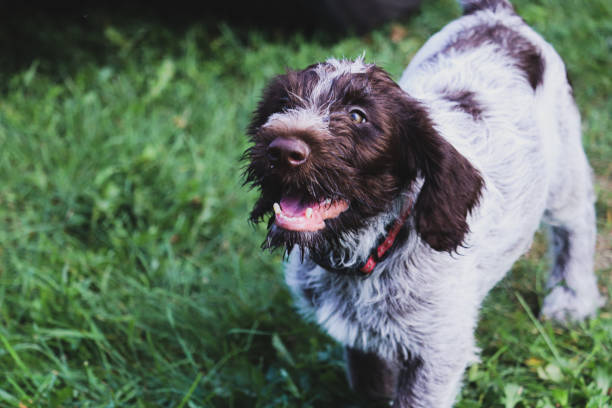 At this stage, nature does everything it can to ensure the continued existence of the dog species. Males think your bitch is great, your bitch thinks males are great. Some bitches flatter themselves to males. Incidentally, you can best recognize standing heat when your bitch pulls her tail to the side to enable the interested male to breed. If they succeed, some bitches like to run off in this phase of heat to look for a male willing to mate. Some also smell so good that male dogs come to them and suddenly stand in front of you. Extreme caution is therefore required at this stage.

After the standing days, the afterheat begins (metestrus). During this time, the external symptoms of heat, i.e. the swollen vulva and the discharge, decrease again. However, a lot is still happening inside the bitch. The bitch’s ovaries contain corpus museums (cells that remain after ovulation and can be seen under the microscope as yellow masses). These produce the hormone progesterone during the afterheat. Among other things, this hormone promotes the implantation of the fertilized cells in the lining of the uterus of the bitch. In contrast to us humans, these yellow bodies remain in your bitch regardless of whether fertilization of egg cells has taken place. As a result, bitches that have not been mated and whose egg cells have not been fertilized sometimes have symptoms of pregnancy – the so-called false pregnancy.