Some ingredients in food can actually make dogs nervous or aggressive. Others, on the other hand, can have a positive effect on the mind. Read here how food can affect dog behavior.

Dog behavior can be influenced by diet. It is true that a dog with behavioral problems does not immediately turn into a dear lap dog by changing its food, but the influence of food on dog behavior should by no means be underestimated. Some studies prove that.

Influence of proteins on behavior

Animal psychologist Roger Mugford was one of the first to research the connection between behavior and diet in dogs. He came to the conclusion that a low protein content in dog food also leads to a reduction in aggressive behavior. If you have a particularly nervous, anxious or aggressive dog, you should avoid eating a diet that is very rich in meat or protein. But how can the food influence the behavior of the dog?

The production of serotonin

The well-being of the dog also depends to a large extent on its hormonal balance. The happiness hormone serotonin plays an important role in this. A high serotonin level in the dog leads to more calm and serenity – this also means that the dog behaves less anxious or aggressive.

Serotonin is not ingested through food, it is produced in the brain. However, the dog’s brain needs the amino acid tryptophan for this. If the dog eats protein-rich food, tryptophan competes with the other ingested amino acids at the blood-brain barrier. If the rush of various amino acids at this barrier is particularly high, less tryptophan gets into the brain.

Carbohydrates in the feed help: they reduce the competitive pressure at the blood-brain barrier. As a result, more tryptophan reaches the dog’s brain, where it is converted into serotonin and allows the dog to calm down.

Effect of meat and carbohydrates

If the dog is stressed, this also increases its consumption of the happiness hormone serotonin. Carbohydrates help produce this hormone. So it’s not surprising that dogs that don’t eat carbohydrates are stressed more quickly.

If the need for serotonin is increased due to stress, it can help to regularly feed the dog a portion of carbohydrates. For example, moments, when it has to show a lot of self-control, are stressful for the dog. 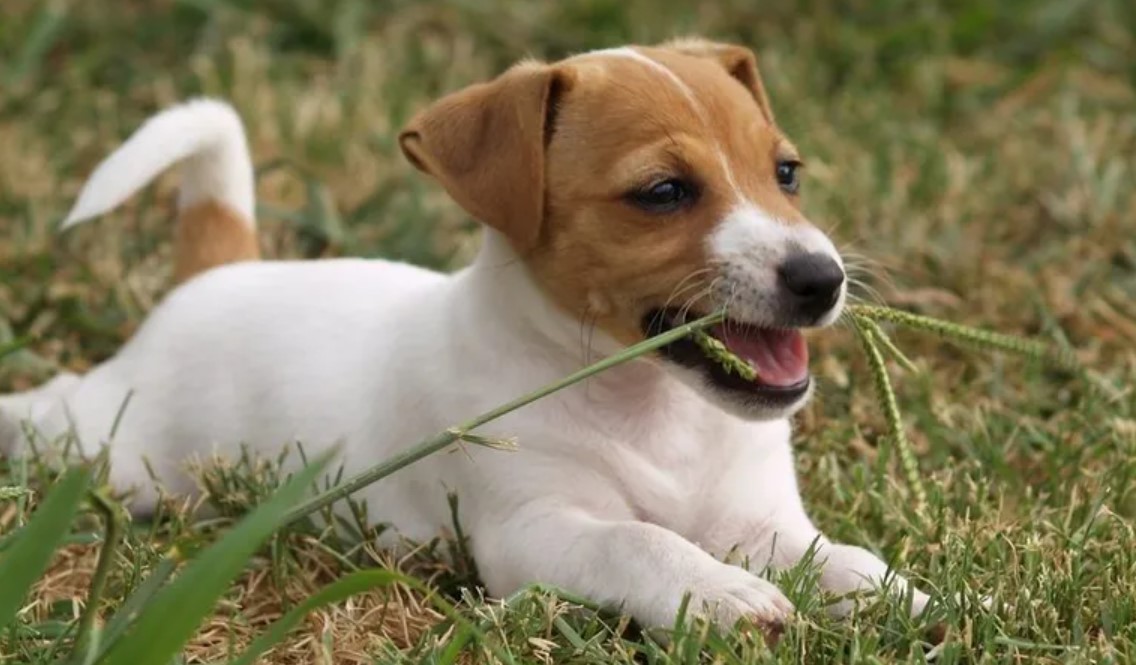 Not only the ingredients of the food, but also the feeding method can affect the dog’s behavior. Dogs can also react more aggressively when they are hungry. To avoid this, the dog should be fed several times a day. That way you don’t get hypoglycemia.

Instead of being influenced by food trends, it is best to feed your dog individually, depending on its character, age, activity level and health. Advice from a veterinary nutritionist is always advisable.