Often on the street, you can find dogs that do not behave in the best way. They bark at passers-by and passing cars, rush at cyclists, and chase cats. Very often the reason for this behavior is the lack of socialization of the dog. What is it and how to carry it out correctly?

Socialization is the mastering of new information by the dog, adaptation to the surrounding world. The behavior of the animal on the street, at a party, and in any unfamiliar situation depends on how successfully it is carried out.

The Main Stages of Socialization 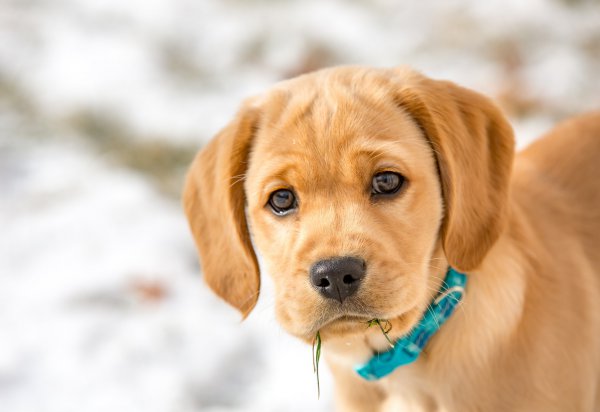 Socialization begins in the first weeks and lasts until the end of the dog’s life. However, scientists consider the first three stages to be the main ones:

Initial stage: from birth to 7 weeks. This is the period of early socialization, during which the puppies learn to interact with each other and with the mother. They learn to understand family relationships.

Second stage: from 8 to 11 weeks. According to a number of dog handlers, this is the most important stage of socialization. At this time, the puppy is especially sensitive to incoming information. It is very important not to scare him, as the fear acquired at this age can seriously spoil the psyche of the dog.

Third stage: from 12 to 18 weeks. The dog is already quite independent. She continues to study and analyze the world around her, is able to assess the levels of the danger of various situations, and control her emotions.

The success of socialization depends on how quickly the dog adapts to new circumstances. The early socialization period most often takes place under the supervision of the breeder. He shows the dog the primary positive interaction with the person: he takes the puppy in his arms, caresses him, talks to animals.

Further socialization of the puppy takes place under the control of the owner. And this process is not as easy as it might seem at first glance. It is important to show the dog that the world around him is large and diverse. How to do it?

Take different routes. The puppy must understand that cars suddenly passing by, cyclists, screaming children are normal, and they do not threaten his safety. Do not be afraid to change your walking routes, go to the park more often, too crowded places.

Introduce other animals. Interaction with other dogs is perhaps one of the most important processes that need to be given maximum attention. Take your dog to the playground, meet with neighbors’ pets, in other words, do not isolate your pet from the company of other dogs. Otherwise, insufficient communication with relatives can make him aggressive and nervous.

In addition, it is advisable to introduce the puppy to other animals: cats, birds, and rodents. Perhaps your acquaintances or friends have such pets, and they can kindly invite you to visit.

Watch your dog’s reactions. It is important to monitor how the puppy reacts to what is happening. In no case should you shout at him or swear if the pet suddenly starts to get nervous and panic. It is best at this moment to switch the dog’s attention to you because you are the leader and leader of the pack who is in control of the situation.

Don’t forget about smells, tastes, and sounds. Most of the information a dog perceives through smell and hearing, so it is also important not to forget about the smells and city noise that it may encounter. When a pet, instead of socializing, spends most of the time at home, the so-called “cottage dog syndrome” occurs. Most often, they suffer from animals that live outside the city, in a private house. They know their territory very well, react adequately to people and events taking place in the surrounding area. But as soon as they find themselves in the city, in an unfamiliar place for them, they lose their self-control and become uncontrollable.

Very often, the reason for the lack of socialization of the dog is the schedule of vaccinations and quarantine, which just falls on the best time to get to know the outside world. What to do in this case? Walk with the puppy in your arms, in a carrier, invite friends to visit – in a word, observe safety measures, but do not completely shield the dog from the outside world.

The socialization of an adult dog (and most often we are talking about a pet found on the street or taken from a shelter) is called resocialization. It is quite difficult to carry it out alone. As a rule, the owners of such dogs turn to cynologists for help.

First of all, it is important to understand how the dog reacts to the street, other animals, people. Depending on how difficult it is for her to perceive this or that information, the specialist will develop an appropriate training program. The socialization of a dog from a shelter is a complex process, it requires a lot of patience, understanding, and love from the owner.