Chinchillas are particularly curious and lively pets that need to be kept busy. Find out how you can use your little furball optimally so that it can live out its high energy thirst – and of course have a lot of fun.

Contents hide
1 The chinchilla likes to hide
2 Chinchillas are real sports cannons
3 A chinchilla gnaws with passion
4 Should a chinchilla play with humans?

Curious and incredibly quick: chinchillas are persistent and always want to discover something new. However, only late at night – chinchillas are nocturnal and should therefore only be kept busy in the evening. If a chinchilla is woken up during the day or underused, the consequences can be devastating. Get your chins out of the cage in the evening and prepare the little furballs for a little adventure. That’s how it works!

The chinchilla likes to hide 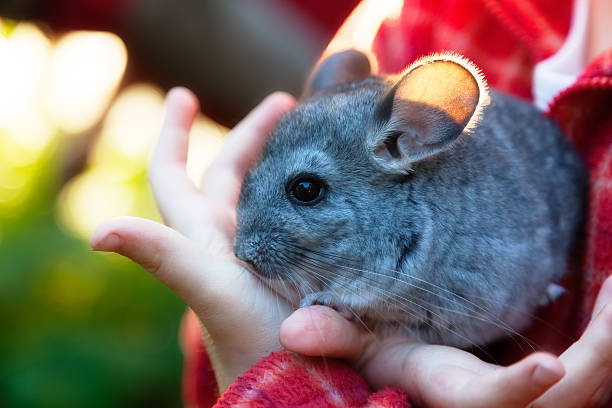 The chinchillas love to retreat and zoom through tunnels. Provide them with tubes, such as those made of cork or clay. But beware! Make sure the diameter is wide enough so that the little animals cannot get stuck under any circumstances.

Your chinchillas also like to crawl into small caves – and you can easily design them yourself. In this way, towels over a basket quickly become an attractive retreat. But a cardboard box with hay is at least as exciting: The chinchillas can not only withdraw here but also rummage around properly.

Not only are they very agile, but they also like to jump – up to a meter high. A cat scratching post is therefore also ideal for chinchillas: they can hop from board to board and rest in the caves. Chinchillas can also jump over smaller obstacles, such as an old broomstick. Then your Chin is really on the move!

Chinchillas also love sand baths more than anything. Rolling around in the sand is not only fun for them, but it is also necessary: The dense coat does not become too greasy and cleans itself. Never wash your Chin’s coat with water! Due to its enormous density, it could become moldy and cause damage to the little animal. So that the fur does not dry out too much from the sand bath, you should let your chinchilla roll in the sand for 10 to 15 minutes about three times a week.

A chinchilla gnaws with passion

A small stuffed animal is often accepted as a playmate – but beware! Chinchillas like to gnaw and that can quickly become the undoing of the toy. So that the chinchillas can still fulfill their natural urge, offer them blocks of wood or pumice stone from the specialist shop to chew on. Twigs work just as well, but again, be careful: make sure the trees in question haven’t been treated with chemicals beforehand.

There are also several plants that are poisonous to chinchillas. These include yew, laburnum, or fresh pine. You should therefore definitely switch to maple, bearberry, or apple tree wood.

Should a chinchilla play with humans? 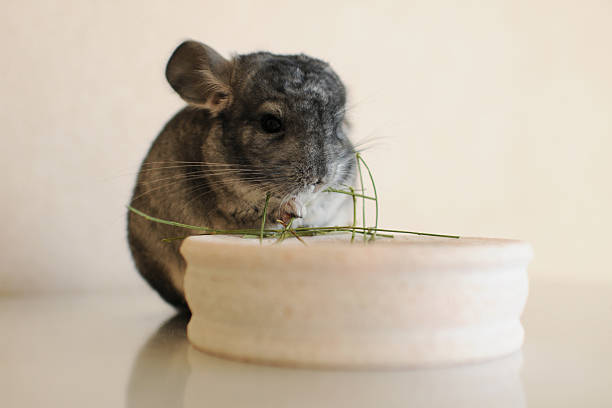 Chinchillas are quite social animals, which is why they should never be kept individually. However, they rarely seek human contact. In addition, chinchillas are by no means cuddly toys! But: You are very intelligent and have a quick grasp. Although they are perfectly capable of recognizing your name and can also learn to run to you when spoken to, they are not obedient like dogs or cats. That’s why you should definitely refrain from punishing chinchillas for their disobedience or trying to force them into training.

It also makes sense to study the different signals and behaviors of chinchillas intensively before extensive hours of play. If you understand what your chinchilla likes and doesn’t like, you will really enjoy the time together with play, fun, and a lot of employment opportunities.