An insect bite in a dog is painful and can become an emergency. Read how to protect your dog from bites, what to do after a bite and what the increasing danger is from tropical mosquitoes.

Insect bites in dogs are not uncommon. In principle, any dog can be bitten. However, young inquisitive dogs and dogs that like to chase flies are particularly at risk. They make no distinction between biting and non-bitting insects.

Contents hide
1 What insects do dogs bite?
2 Danger for dogs from tropical mosquitoes?
3 How do I recognize an insect bite in a dog?
4 Dog bitten by insect – what to do?
4.1 Relieve insect bites with home remedies
4.2 First aid for a sting in the throat
5 How to prevent dog bites from being bitten?

What insects do dogs bite? 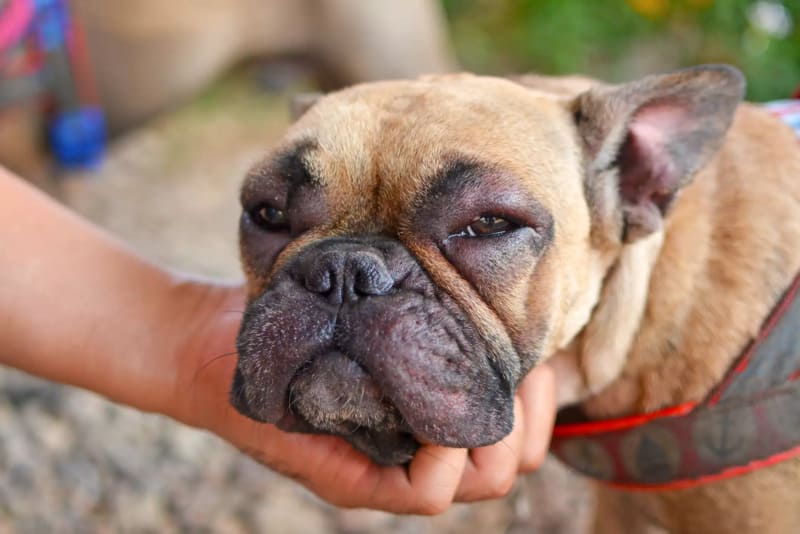 The most common insect bites in dogs come from bees or wasps. As a rule, the insects only sting because they feel threatened.

Danger for dogs from tropical mosquitoes?

Mosquitoes also target dogs. The most common bites are hairless areas such as the ears or abdomen. As with humans, a mosquito bite can cause severe itching, reddening, and swelling in dogs. To keep the sting from becoming infected, discourage your dog from chewing on the sting. Special animal care products that relieve itching can help – such as “IchtoVet Derma-Gel” from Heel (50 g from $14).

More and more tropical mosquitoes are also colonizing our regions. The reason for this is global warming and a delay caused by global trade and travel.

A particular danger is the tiger mosquito, whose bite can trigger various infections.

Particularly dangerous for dogs: the tiger mosquito can transmit roundworms, which can trigger heartworm disease (dirofilariasis) in dogs. Some Spot On preparations such as “Tri-Act” from Frontline (3 pipettes from $21) protect against ticks and fleas as well as flying insects.

How do I recognize an insect bite in a dog?

If the dog suddenly yelps, licks or nibbles vigorously, it could have been bitten by an insect.

Check your pet for swelling and redness. The easiest way to identify facial swelling is to compare the two halves of the face.

If the dog has been pricked in the paw, it is likely to unload the leg and limp when running. Raising your paw repeatedly can also be an indication of an insect bite.

If the insect bites the mouth, throat, or throat, the dog will choke and breathe heavily, and may cough and drool. In this case you should consult a veterinarian as soon as possible.

Dog bitten by insect – what to do?

If there is still a thorn stuck in the dog’s skin, carefully remove it with tweezers. Cool the sting site with a cool, damp cloth or an ice pack wrapped in a cloth.

You can use the following home remedies to relieve the swelling and soothe the itching:

Watch your dog closely and keep an eye on the puncture site over the next few days.

First aid for a sting in the throat

For a sting in the throat area, place ice packs on the outside of the larynx and larynx area.

Drive to the vet immediately, because there is a risk of suffocation!

This also applies if the dog shows symptoms of shortness of breath, then an allergy could be present. If the dog reacts allergically to the insecticide, it can go into shock.

Tip: save the emergency number of your veterinarian and the nearest veterinary clinic in your cell phone. Always keep a bottle of water in the car to cool a puncture site as quickly as possible.

How to prevent dog bites from being bitten? 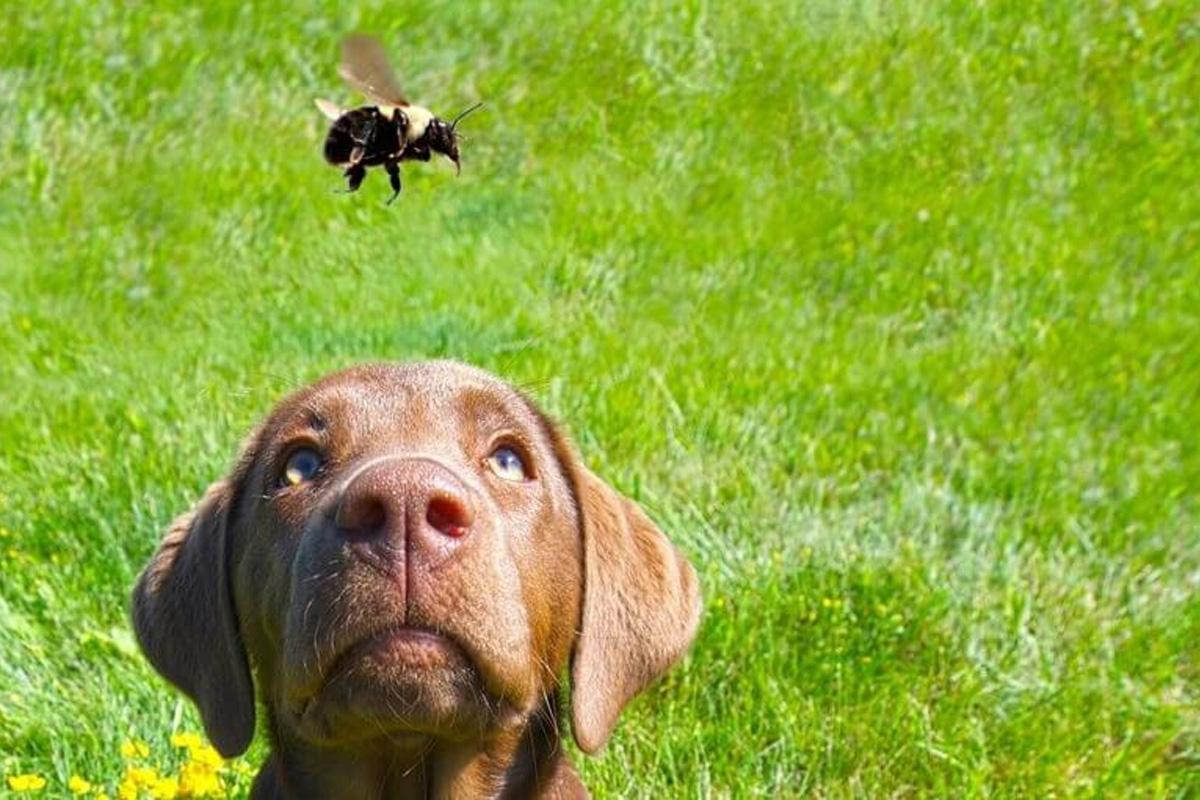 In order to avoid a painful insect bite for your dog, you should: